“One more thing” is coming from Apple, what could it be

One more Apple event is on the cards in November, and we think we might see a computer. And maybe something else.

It’s been a weird year, that’s for sure, but that doesn’t mean the technology will stop coming. While more folks aren’t working from the office and dealing with the work-from-home life that pandemic provides, technology companies are still delivering gadgets that can change the way we live life in general.

We’ve seen device releases in slightly different timeframes this year, but they’ve still been there, with Apple offering quite a few gadgets in the back half of 2020. Back in September, there was a new iPad 10.2 announced alongside an iPad Air, plus a couple of smartwatch models in the Apple Watch Series 6 and SE.

In October, Apple announced the new iPhones, with the anticipated iPhone 12, iPhone 12 Pro and 12 Pro Max, and the less expected iPhone 12 Mini, plus a smaller HomePod of sorts.

And in those past couple of months, we’ve checked out pretty much everything that’s come out, reviewing the new iPad 10.2 and the 2020 iPad Air, and also looking at the Apple Watch Series 6. Our iPhone 12 review has gone online this week, while our iPhone 12 Pro review went online last week, with other devices expected for review in the coming weeks, given they’ll be released in that timeframe, as well.

But they may not be alone, and based on an Apple invite we received this morning, more may be on the cards.

Much like we expected, Apple has one more event planned for 2020, set for November 10 in the US (or November 11 in Australia), so what’s coming? 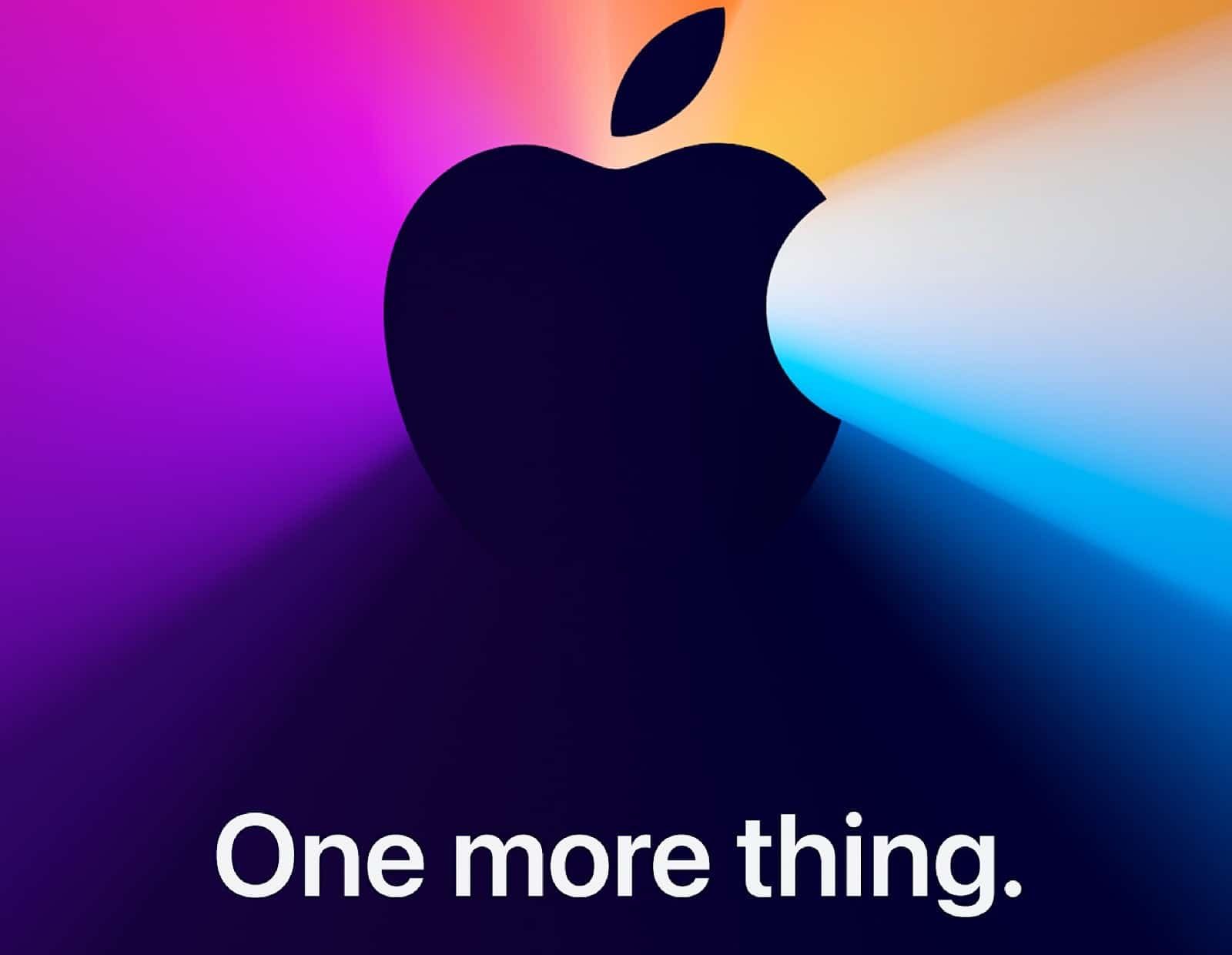 What does Apple have left to show off?

Clearly, Apple has been busy, but while they’re big categories for the technology giant, that’s not all it creates. There’s more that it can update and change, and even introduce, and while Apple normally provides a bit of a hint in its images, this one doesn’t seem to give that.

So what do we think Apple’s “One More Thing” event will have in store?

The most obvious thing Apple has left to show us is a new computer or two, thanks to a note from the Worldwide Developers Conference (WWDC) earlier in the year.

Back at WWDC20, Apple announced that it would be making the transition to computers made with Apple silicon, a shift in technology given Apple previously made the transition to Intel in 2005 away from the IBM-made PowerPC chips back then.

These days, Apple’s own processor designs are pretty high-end, something you can see in the iPhone and iPad, and so with the announcement at WWDC, it was basically an acknowledgement that Apple computers would soon beat with the heart of all-Apple tech inside in the eventual future. Apple even gave a date, with examples shown by the end of the year.

We’re at the end of the year now, so at least one more thing in Apple’s “One more thing” event will be one of those computers. Our expectation is that we’ll see it in a revival of the MacBook, a machine that disappeared in the middle of last year.

Given that we’ll still likely see some Intel chips in high-powered Macs for a few years more, a revival of Apple’s super-slim laptop could make a lot of sense for the first of this new breed of Macs, especially if the company decides to show it off with a variant of the A14 complete with 5G.

It might even take the wind out of the sails of other computer brands dabbling in 5G laptops, such as Lenovo.

Another persistent rumour that just won’t go away is that of headphones.

Apple already has two types of earphones, with the AirPods and AirPods Pro, but the rumours have been circulating about a pair of on-ear headphones from Apple that we it feels like it might happen.

There have been no new headphones from Apple in 2020, not that it necessarily needs them. The AirPods Pro are some of the best wireless in-ears you can find, and now with support for spatial audio, they’re a little more capable for movies that support the tech, though we hope Apple gets on the Atmos train and adds music support like Tidal did.

But that doesn’t mean Apple is done, and we could be expecting a pair of Apple headphones by the end of the year. Apple’s Beats by Dre brand could be where it comes from, with the Studio 3 last released in 2018, and two years is a long time in headphone releases these days, especially when you have solid recent entrants from the likes of Sony’s WH-1000XM4.

One other option might be from Apple to help you keep track of things, with a Tile-like tracker to be aware of where things are.

You can already find your iPhone, your iPad, and your Apple Watch as they’re assigned to your iCloud account, but what about other things: what about your keys, your backpack, your Apple TV remote when it moves about the place?

Tracking in this way isn’t new — Tile has done it for years, competing with a couple of other brands and telco Telstra — but Apple could be joining this category, too, and putting its “Find my iPhone” concept to greater use with more in your life.

The event is on November 11

Of course, there’s more that Apple could announce to round out 2020 ahead of the holiday season, but we don’t have long to wait.

Next week on November 10 in the US (which is November 11 in Australia), Apple will talk up what it has coming, and our reporting won’t be far behind. Stay tuned.