Tidal rolls out support for Dolby Atmos Music on TVs

The world of Dolby Atmos spatial audio isn’t just a thing for movies and TV shows, as Tidal looks to deliver music to TVs that support it, too.

As far as music services go, Tidal is probably the last one you’re thinking of. While Spotify and Apple Music get most of the love, followed by Google Play Music, YouTube Music, and Amazon’s darling of Amazon Music Unlimited, Tidal is less than talked about.

It’s a shame, too, because while the service doesn’t always offer the most complete music collection you can find, it can make up for it with support for formats the more popular services lack.

Take the world of high-res audio, with 24-bit music streamed almost exclusively by Tidal in the Tidal HiFi subscription, a change which enables support for 24-bit audio if you want that. High-res audio isn’t for everyone, and usually is pursued by folks looking for the best audio experience they can get, akin to a more digital version of vinyl. Not everyone can pick the difference, but if you’re after the best experience, 24-bit high-res might just be it for most music.

Getting that extra quality requires either finding and spending on the original 24-bit tracks, something being in Australia doesn’t make easy, so Tidal’s approach is a bit of a helping hand, and it’s not the only format Tidal differentiates itself with. The service also supports Sony’s 360 Audio concept with select earphones, such as the WH-1000XM3 and WF-1000XM3. Granted, the selection of music is quite limited, but they certainly exist there.

And this week, Tidal appears to be rolling out one more feature to new devices, as it delivers Dolby Atmos to soundbars and speaker systems by way of their connected TVs. 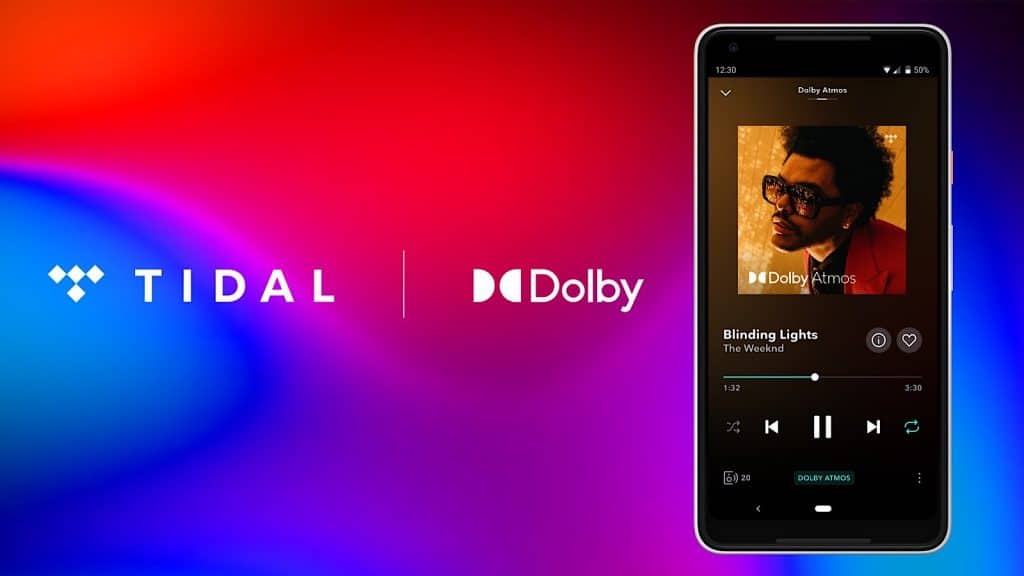 Atmos Music is a feature that has technically existed for Tidal HiFi account holders since late last year, but only on select phones, such as this year’s Samsung Galaxy S20 Ultra. When used with a phone with Dolby Atmos support, you’d hear a virtualised 3D audio from the speaker, but the moment you plugged it into a TV for Atmos support, it would switch back to a two channel setup. Tidal’s support for TVs, however, should fix that.

Dolby Atmos Music on Tidal means select tracks can be mixed to support a spatial 3D sound, and while it won’t make a difference for all audio, may mean a more interesting take on music on the whole. It’s not necessarily 4K audio, but it could deliver a similar revitalised approach to sound that 4K can do for video.

It also means Tidal gets an app on Apple TV to make it happen, as well as on Android TV installs for Sony TVs, while also supporting Amazon Fire TV sticks and recent Nvidia Shield TV models. You’ll likely want an Atmos-enabled sound system connected, such as the Sennheiser Ambeo or upcoming Sonos Arc, though if you’re just relying on the Dolby Atmos system inside a supported TV, you should hear a difference, too.

The feature is rolling out this week across Tidal, with music found either through a Dolby Atmos section in the app, or searching for one of the many Dolby Atmos playlists.