how to pick a mid-range phone

You shouldn’t have to spend an arm or a leg to get a new phone, and while the big and expensive phones tend to get so many new features, they’re not the only choices around.

An area that is gradually changing, mid-range phones essentially take some of the technology that has trickled down from the high-end, and package it up into a moderately priced phone for people who want a great experience, but may not necessarily need the best of everything.

Typically, mid-range phones include four key features: a decent camera, plenty of performance, a large battery, and a compelling price tag. Here’s what you can expect when you look at a mid-tier mobile.

What to look for in a mid-range phone

A decent camera system: the days of associating a cheap phone with a cheap camera may well be over, with some of the better cameras in the market popping up in mid-range phones.

While some cameras will still be one camera with some great software smarts, others use multiple cameras in the one body, providing a standard camera, a wide camera, and then usually some gimmicky cameras for handling portrait shots or up-close macro imagery. Great examples of recent mid-range phones with solid cameras include the Apple iPhone SE (which uses the iPhone XR camera), the Google Pixel 4a with 5G (which shares the camera from the Pixel 5), and the Oppo Reno4 5G (which has surprisingly solid close-up skills).

Plenty of performance: another feature you can expect to find in mid-range phones is performance, with mobile chips that aren’t in the high-end often performing just as well, not to mention a solid assortment of memory.

You may not realise, but memory is what helps keep apps running and responsive, much like it does on a computer, so you can expect mid-tier phones to include between 4 and 8GB RAM, and a mobile processor that handles most apps, though may not perform as well in games as their high-end siblings.

A large battery: big batteries are often a key feature in mid-range phones, often sharing the spot with a big screen. A big screen on a mid-range phone may not be of a remarkably high quality, though they are getting better. However, that big screen space means manufacturers can throw in a huge battery, with sizes up to 5000mAh often found underneath. More often than not, our mid-range phone reviews find better battery life than the high-end phones that cost a whole lot more.

A compelling price tag: of course, these wouldn’t be compelling phones if they didn’t come with a compelling price point, and mid-range phones definitely have that catered for. With prices between $499 and $999, the mid-range mobile world is large and spacious, and offers plenty to choose from, but being forced to spend an arm and a leg for something new isn’t part of it.

Of course there are negatives worth paying attention to, and a reminder to always read the reviews when looking, because not everything is perfect in a mid-range phone.

What you may not find in a mid-range phone

Getting that price down means skipping out on some features, and that’s where a mid-range phone will often lose to its flagship sibling.

It means you may find premium features like wireless charging and water resistance aren’t included, and that if you get a big screen, it mightn’t be as sharp or use as good a screen technology as some of the other more expensive brands out there.

The casing of the phone might not be as premium as with other options, with mid-range phones more often than not appearing with plastic bodies, rather than the metal and glass more expensive phones receive.

We’re always writing about phones at Pickr, so this is just a starting point. Check out the news and reviews on mid-range phones below to help you find what you’re looking for. 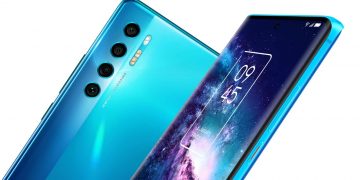 TCL's next phone, the TCL 20 Pro 5G, looks to impress with a curved AMOLED screen, several cameras, and yes,...

Prev Next
No Result
View All Result