There’s a new model iPad on the way to Australia, and not only does it keep the pressure on tablets, but it keeps the price affordable.

When you’re looking for a tablet, it’s hard to look past one of the originals from the new generation, the iPad. If you can believe it, Apple is now in its eighth generation of the actual iPad, the model that existed before the company expanded into other areas.

Introduced ten years ago in 2010, the iPad provided Apple a launchpad for expanding into the smaller iPad Mini, the slightly more professional iPad Air, and the even more professional and content creation-focused iPad Pro models, and it has provided some pretty serious competition for every other tablet out there, so much that is has outlasted competitors in the tablet game entirely.

In the past few years, it seems that Apple has pushed even harder with the standard iPad, continuing to deliver more to make its standard iPad a bit of a “standard” for the company, delivering some of those premium features expected in the more expensive models, yet at a less expensive price.

Take what happened in the 6th gen model, where Apple introduced support for the Apple Pencil, once a premium feature reserved for the Pro. Last year in the iPad 7th gen, Apple added yet another premium feature, introducing keyboard support and a 10.2 inch screen improvement from the 9.7 inch before it.

And this year, the 8th gen iPad gets yet more boosts, delivering more performance and a better price. 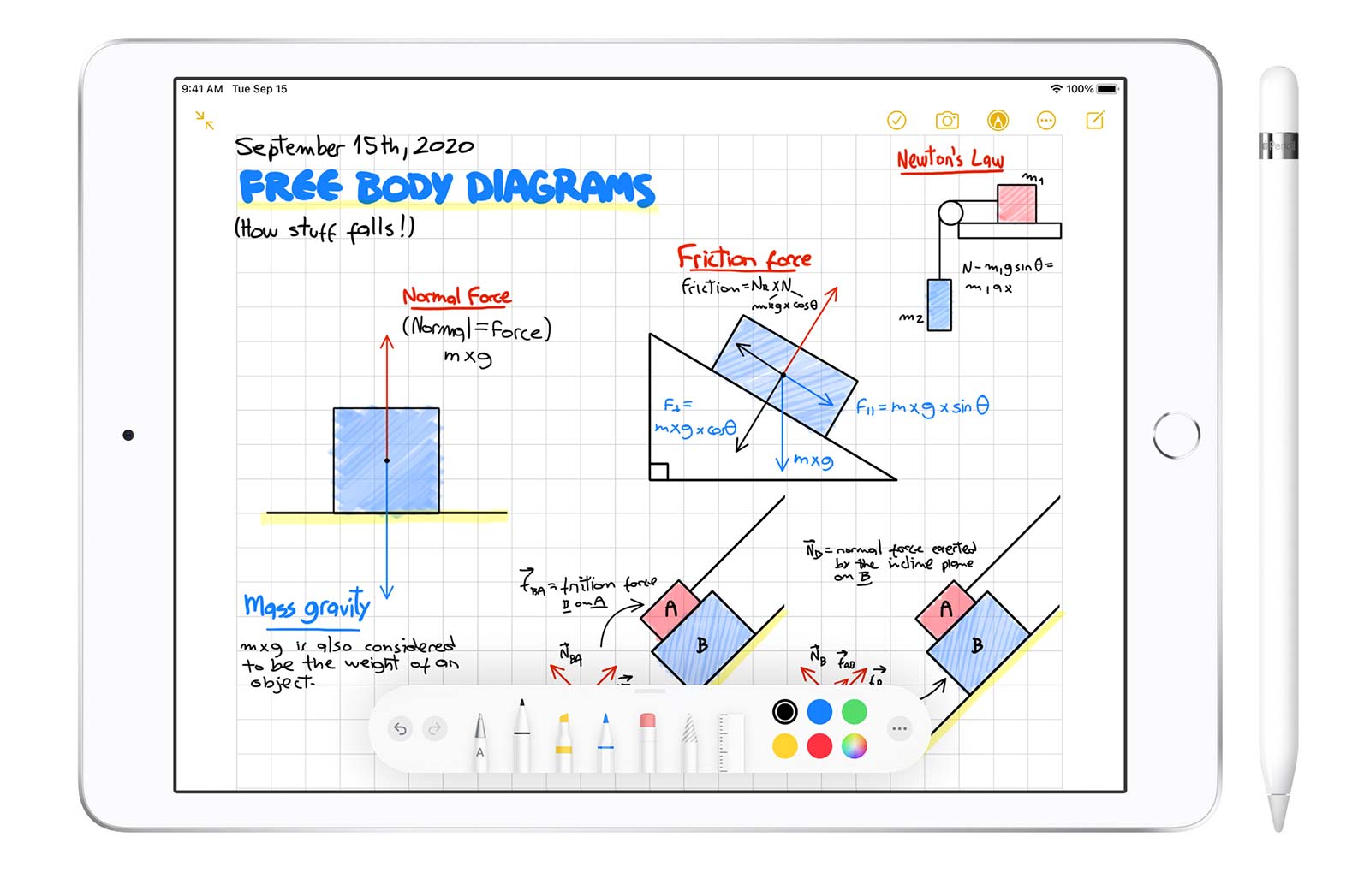 The new iPad for 2020, now the iPad 8th generation, retains the same design from its predecessor, complete with the magnetic keyboard case pins on the side, meaning it’ll miss out on the Magic Keyboard from earlier in the year, while also keeping the Apple Pencil support.

What this new model gains, however, is a new chip, the A12 Bionic, last seen in the iPhone XR, which improves performance and adds some machine learning support from Apple’s Neural Engine. That’ll be handy for some apps, while the Apple Pencil will gain Scribble support for handwriting on iPad OS 14, which rolls out this week.

The eighth-gen iPad also gets a new price, dropping down from the Australian $529 price in the 7th gen back to $499 in the 8th gen, meaning Aussies get to save a little bit of money, while gaining some performance. They’ll still get the fingerprint sensor that is Touch ID, the Lightning port at the bottom, the 10.2 inch screen, and all the other bits and pieces the iPad has become known for, but it’s just a little less expensive and a little faster overall.