What is Sony 360 Reality Audio?

Music that sounds like it’s coming from more than just directed at your head is upon us, and it’s not just Dolby Atmos 3D sound. What’s Sony’s take on the idea?

Listening to music is a little different than it used to be. While stereo has long been the way we typically hear our favourite tunes, it’s not the only way possible.

In the past 20 years, if you’ve ever picked up a Blu-ray or DVD concert, you might have heard a music concert mixed in surround sound, allowing you to hear that concert around you in some fashion. It wasn’t always good, but it was built to be a little more immersive than just there stereo position of two speakers or a headphone with two directions.

The idea of stereo sound — which is how most of us listen to music — is always the same: music mixed to left and right channels, and heard through whatever speaker or headphone system you want. Making and mixing music for left and right still gives engineers and music producers a fair amount of control, and the type of headphone or speaker you use can change how you perceive the sound, too, but the idea is still the same: music directed at your ears from one position.

Over the years, we’ve seen ways to change that, what with equaliser settings, simulation of environments (something Sony included in the WH-1000XM2 and XM3 headphones), and more, but in recent years, music has been pushed to be more dimensional.

You can probably lob this one in the direction of 3D sound systems, something pushed on by the likes of the Dolby Atmos and DTS:X 3D sound (and sometimes referred to as 4K sound), but the idea is clear: instead of music just merely being heard from the sides of your head, it can be heard all around your head, as if you were inside the music. It’s not a thoroughly new idea, and there’s a type of recording catered to it in the high-res audio world known as a “binaural recording”, which used 3D recording technology positioned like ears on a head to record music, mixing it for what the ears might hear.

But while binaural was a beginning — and one that didn’t really catch on — it’s being followed up by 3D sound, and that’s where Sony comes in. 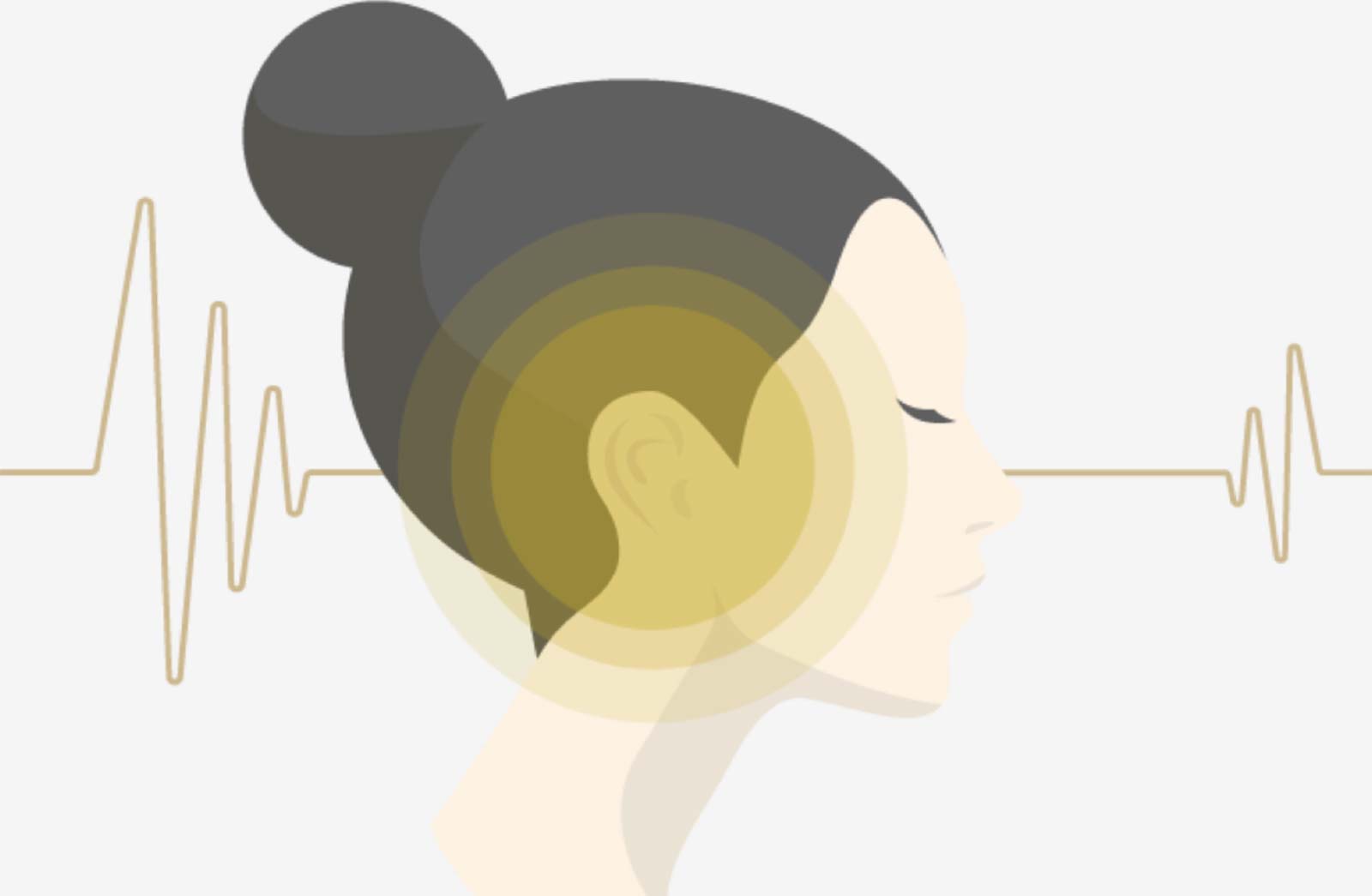 Sony 360 Reality Audio is Sony’s take on the 3D sound craze, adopting a 3D-sounding mix for music, and allowing headphones and other supported devices to take advantage. It appears distinct from what Dolby Atmos music does, which is take place all around you like a movie’s 3D surround soundtrack, and doesn’t support the 3D movement that Apple’s spatial audio does on the AirPods Pro and AirPods Max.

Rather, Sony 360 Reality Audio appears to reposition elements of audio in space around you, both forward and backward, recreating the sense of music where you sit. It doesn’t shift as you move your heard — not that we’ve been able to hear, anyway — but there are around 64 channels for music engineers to work with, positioning sound so that a music track appears to be all around a person’s head, as opposed to merely between it.

Music in Sony 360 Reality Audio has to be re-engineered or remastered to work, and that’s where services such as Tidal and Nugs come in, the former providing studio recordings brought into 360 Reality Audio, and the latter focusing on concerts, however the format is just one part.

An aspect of Sony’s 360 Reality Audio is having its headphone app understand your ears so that the headphones do the music track justice, and deliver audio the way your ears can get it. With select Sony headphones — it works on the Sony WH-1000XM3, WF-1000XM3, and 2020’s WH-1000XM4 that we’ve tested — you’ll photograph your ears and let the app work out how best to provide sound to you. Once that detail is sorted, the app works with a supported service (at the moment, that’s Tidal, Deezer, or Nugs), and can play the 360 Reality Audio file if you select one.

Don a pair of headphones with 360 Reality Audio, and then a compatible service, and you’ll find a more enveloped sense of sound, with the music engineered to appear around your head, but a little more than that, with elements of that music file seeming like they’re a little more spacious.

We talk about the soundstage in headphone reviews as being wide or shallow, and with 360 Reality Audio, the tracks make the soundstage of supported headphones seem incredibly large and spacious, likely thanks in part to the positioning of the audio elements. Even with the little WF-1000XM3 earphones, the space when listening to Dua Lipa through 360 Reality Audio can feel impossibly big.

But the 3D audio in 360 Reality Audio is very different from the sense of 360 degree sound heard via Atmos speakers and with Apple’s spatial audio.

In music played through Dolby Atmos, the speakers play sound set up in a 3D space, too, but where you sit and stand can change the nature of how you hear that sound. Music in Dolby Atmos is subject to where you’re positioned, which makes sense given that it’s sound happening in a big room: where you go in that room changes how you hear it.

Apple’s spatial sound uses a similar concept and sensors to work out where your head is to change how audio is heard in 3D, allowing the sound direction to change when you move your head to the side, and shifting how that audio is heard.

Sony’s 360 Reality Audio appears distinct to this, and plays a big 3D sound to your head the same way regardless of how you move your head. It’s a bigger 3D sound, for sure, but it’s not an interactive one in the way Dolby Atmos or Apple Spatial Audio is made.

Does 360 Reality Audio work on Spotify or Apple Music?

360 Reality Audio is also something that requires a specific type of music service, and won’t yet work on just any streaming service.

As of the time this was published, Sony 360 Reality Audio only worked in Australia on Tidal and Deezer, plus the Nugs concert archive service. Other services, such as Spotify, Apple Music, and YouTube Music, do not yet support 360 Reality Audio, nor do they touch Dolby Atmos 3D sound.

Right now, if you want to try 360 Reality Audio, you need to look at either Tidal, Deezer, or Nugs. In the case of Deezer and Tidal, you’ll need to look at the Hi-Fi plans, which also offer high-res sound, something we’ve reviewed from Tidal in the past.

Is 360 Reality Audio compatible with any pair of headphones?

You’ll also likely want a pair of Sony’s noise cancelling headphones or in-earphones if you’re to play along, because they’re pretty much the requirement. We’ve not seen any other headphone maker advertising support for 360 Reality Audio in marketing material, nor been told of any others in product briefings, though testing with Apple’s AirPods Pro have shown they seem to be able to reproduce the 360 Reality Audio sound.

Testing 360 Reality with the AirPods Pro after the iOS 14 Spatial Audio update, there is a sense the soundstage is bigger, but not to the extent we’ve heard in Sony’s competing WF-1000XM3, possibly because the AirPods Pro aren’t actually engineered to work with the tech in the same way. We’re not sure if the customised ear setup is genuinely making a difference, but Sony’s headphones appear to have the edge.

Is Sony 360 Reality Audio worth it?

As to the question of whether 360 Reality Audio is worth it, that’s one we can’t quite answer just yet. The concept has been around for almost two years thanks in part to the MPEG-H 3D audio codec it uses, but has only been in headphones and services for about a year. Basically, Sony 360 Audio is still nascent and green.

Part of its new-ness comes down to a lack of support from headphones beyond those made by Sony, though those are very good. For the past three years, we’ve consistently awarded Sony’s headphones best of the year, and each of these can play the 360 Reality Audio technology, so support for the hardware is out there not just in gimmicks, but in solid well-reviewed devices, too.

The problem may come from software, with not enough music services or even music on those services working with 360 Reality Audio. At the time of publishing, the number of tracks supported by the technology was over a thousand, well shy of the millions Spotify and Apple Music have on its service, and even the millions on Tidal, which is the only current service with 360 Reality Audio.

Tracks on Tidal that do support 360 Reality Audio cover several genres, and aren’t limited to niche audio, not like some of the other high-res music concepts — SACD tends to be niched in classical, jazz, rock, and blues — so you should be able to find albums that cover what you listen to in Sony’s format, but it’s clearly not everything yet.

That limit on music means 360 Reality Audio clearly has a long way to go, at least initially, but with more technology coming, and more support for 3D sound through both Dolby and Apple, it means that we could see Sony’s format grow in the future, too.