The magazine is back, and it’s back in a big way, but only on a screen. Even though the checkout at your local supermarket still offers a rack of titles, it’s a lot smaller than it used to be, possibly because people don’t turn to magazines for their news anymore. They go online, and there are so many sources to read content from online.

Websites aplenty and books and such. And yes, there are even magazines. Both of the major smartphone operating systems include stores to let you read digital magazines, but one of them — Apple — actually has a service for magazines. And that means if you’re looking to read a little more than what the web has to offer, you might want to turn to that service to get your fill of content.

Turning the page with Apple News+ 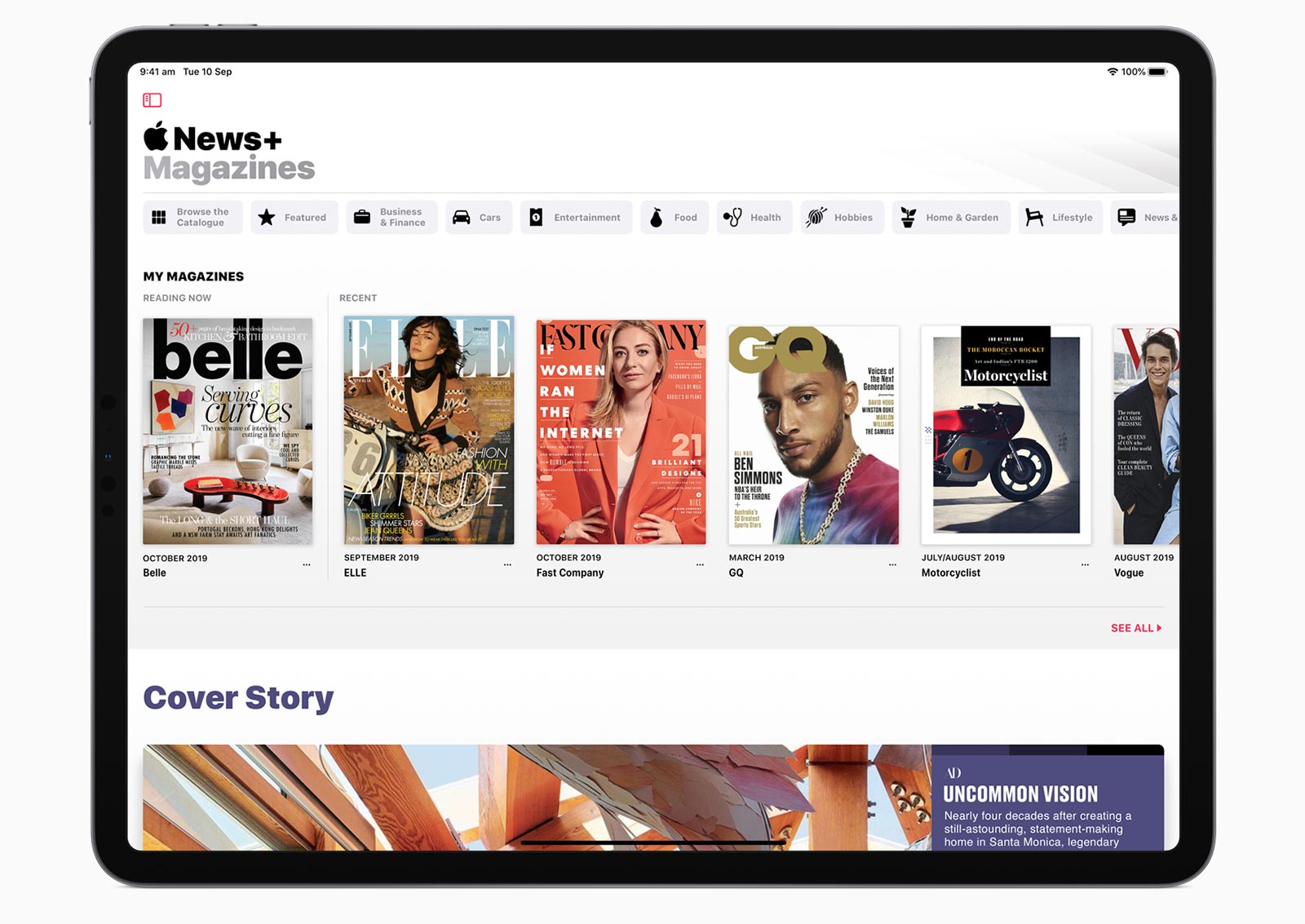 It all started with Apple One, Apple’s recent combined service subscription. I upgraded my family to the Premiere plan, because we already paid for the music subscription, the 2TB of cloud storage, the Arcade account, and so on, that it just made sense to let the new plan become the whole thing. It worked out marginally cheaper anyway.

For those who don’t know, Apple One is Apple’s attempt at combining all of its services, because Apple has a fair few. There’s Apple TV+, Apple’s take of a Netflix-style service with original programming that’s gradually evolving. There’s Apple Music, one of the largest Spotify competitors in streaming music, complete with a few always-on radio stations and a bunch of celebrity radio shows. There’s Apple Arcade, the cross-platform gaming service, as well as Apple iCloud, the place where iPhone, iPad, and Mac owners can store photos and files, and then jump from device to device, loading them across each. There’s Apple Fitness+, too, Apple’s fitness program that needs an Apple Watch, and then there’s Apple News+.

The latter of these might be the least used of the entire bunch, because while Apple News provides a great assortment of news from sources around the web, Pickr included, the News+ service is a little different. Rather than merely collect news from organisations who submit to Apple News — which is how Apple News works — Apple News+ is more about the magazines and newspapers that are embracing the web.

Apple News+ can be like a paid subscriber version of newspaper publications, and the News Ltd papers in Australia are a good example of that, but it can also be better. It can be the magazines that are evolving to make their magazines more than just a good piece of writing and pictures. That might include animations and videos in a way the web can deliver, except built in a way to shift screen sizes easily, making it possible to consume an article in a magazine-like way, except on your iPhone, iPad, and Mac. And all for one price.

Rather than subscribe to several different magazines, Apple News+ blends them all together, allowing you access to a variety of publishers and titles for either the monthly fee for Apple News+ itself at $14.99 per month in Australia (at the time of publishing), or the Apple One Premier combo which brings all of those services under the one banner for $39.95 monthly.

And that means if you subscribe, you can read magazines. Specifically, you can return to a selection of content not unlike what was at the newsagent back in the day, but that is now made for your mag-less world.

The selection that is Apple News

I read a lot of news, usually in those odd times when I’m not writing or working. Visit Pickr and you’ll quickly get the opinion that I’m always working, and the times I’m not, I’m either spending it with the family or doing yet more writing. Writers write, who knew.

But lately, I’ve been reading pieces out of my typical wheelhouse. If variety is the spice of life, I’ve been overdosing on the saffron and cayenne and five spice and coriander (because it’s awesome), and trying a manner of different things because they’re there.

I’ve been reading Rolling Stone and 3D World and The Atlantic and Time and New York Magazine and Variety and JazzTimes and National Geographic and BBC Music Magazine, and plenty of others.

I’ve been reading magazines aplenty simply because it’s available and part of the Apple One subscription, and it expands what’s on offer to my phone. Apple News puts a virtual smorgasbord of news publications at my fingertips making it easy and part of the news gathering and exploring process.

Granted, it’s not the only service like this, as it’s something Readly offers, too, but it’s one that connects with one of the news services directly integrated in nearly every Apple device, handy if you’re already part of that device ecosystem.

Sometimes when I lie in bed waiting for the sleep to overtake me, I take my iPhone off the charger, and read. I know it’s not good for my brain, because the stimulation is probably keeping me awake, but reading in the dark is good when dark mode kicks in, because it means the screen is dark.

Dark mode is, as the name suggests, “dark”: the bright white backgrounds of the text invert and go black, while the black text normally pushed against the white invert and go white, and the whole thing is easier to read when there are no lights at all.

That’s something magazines don’t really do because they’re printed, stuck in time and the paper stock they were printed on, though it is something Kindle offers. It means the reading experience can be less taxing on the eyes, and depending on the title, means you’ll see white text on a black background when the lights are off, and the opposite when it’s bright.

Pair dark mode with the OLED screens on the iPhone range, and your reading isn’t likely to bother your partner, who might be sleeping, blissfully unaware that you’re browsing the pages of some other fine journalist’s work. It means you can keep the reading going until your eyes start to fall to slumber-town. 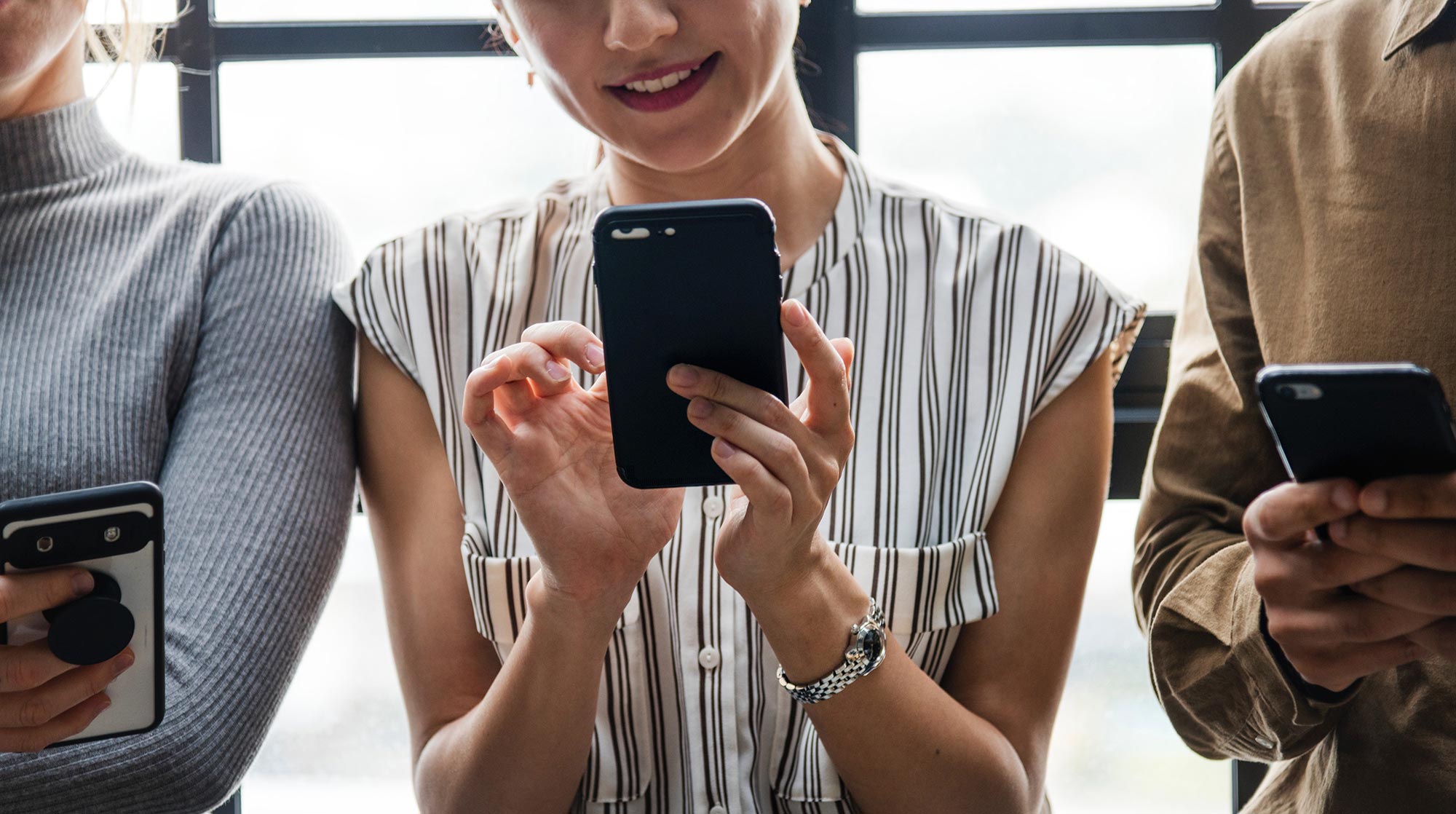 As much as we love the addition of magazines that Apple News+ is bringing us, and returning us to that world, there’s one thing we wish the service had, and that’s more compatibility.

Right now, Apple News + is designed for devices made by Apple and only Apple, meaning the iPhone, iPad, and any variant of Mac that’s received an update in the past few years. If you have one and you pay for the service (or subscribe to the trial), you’ll get the magazines and newspapers on offer by Apple.

But we wish it wasn’t. We wish it was more like Apple Music, which works on both Android and iOS, and works on Windows and Mac, and even web browsers, too. With its music service — its competitor to Spotify — Apple has made a service that is more or less platform agnostic, and even though it sells phones and tablets and the like, it works on devices not made by Apple.

We get why Apple Arcade is on Apple devices only — it’s an app service that comes with gaming software designed to work on the operating systems Apple makes — and we even get why Apple Fitness+ needs an Apple Watch. But when Apple TV+ can be found on a plethora of TV devices not made by Apple, such as LG TVs, video game systems, Google TV, and more, and Apple Music is much the same, plus iCloud can work from Windows devices, it would make sense if Apple News+ followed suit.

Apple News+ is a service, and not just an app, and it should probably be treated like one, too. And then everyone else could see if the modern take of magazines could grab them back, and let them read in the dark, as well.