The most recent Chromecast with Google TV built in gets a taste of Apple’s media. Here’s hoping it’s a sign of things to come.

Apple and Google haven’t always had the best relationship, but it seems like things have been steadily improving over the years. While you won’t find Apple News available to Android customers, you can at least find Apple Music on Android and with support for Chromecast, meaning Apple’s take on a music platform isn’t locked down just to owners of an Apple device.

We still haven’t seen Apple Music make its way to Google smart speakers in Australia, despite appearing on Amazon’s own Alexa-enabled speakers, though it does exist in the US, so we can keep hoping. However Google and Apple appear to be working together on other things, at least based on another something Apple and Google have made happen together: Apple TV+.

Apple’s take on a streaming TV platform is now on Google’s recent Chromecast with Google TV, a stick that evolved the previous Chromecast models and gave it a remote and a menu, effectively upgrading it to something far more user friendly and being able to use the new Chromecast as a smart TV device of sorts.

Previously, you’ve been able to find an assortment of apps on Google’s Chromecast with Google TV gadget, which itself was not unlike what appears on Google TV installs found on Sony TVs, plus others that supports the Android-based TV platform. However with the launch of Apple TV+ for the new Chromecast, it’s a sign that Google TV owners can likely expect the Apple TV+ app soon, and maybe more of Apple’s services, as well. 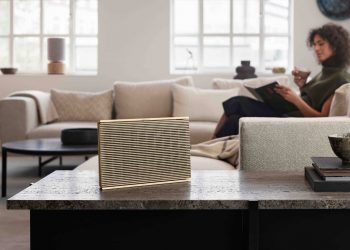