One of the world’s most legendary bands has a new sound, and for today’s generation, it’s a whole new experience. How did Giles Martin, son of legendary Beatles producer George Martin, make it happen, and how do you listen?

Technology can change the way you experience something you know and love provided you give it enough time.

The way you experience a movie in a cinema can be reinvented as a new experience when you marry it with a higher resolution, either by way of a projector in your own home or just a really impressive TV, packing in more detail and a new soundtrack, changing that initial experience to be something different. It won’t be the same as that original cinema experience, but it will be something different, and the same is true when you don a VR headset for the first time, tricking your eyes into thinking you’re watching on a massive screen, even if it’s just sitting on your head.

They’re examples of how evolutions in technology can change how we consume and experience media, and the same is true with some of the music we love, as well.

Grab a new pair of headphones and your ears can be treated to a different rendition of tracks you love, possibly with more detail. Some headphones are better than others, and depending on the materials they use, plus the tuning and sound, you may find aspects of songs you’ve never heard before. Little things, for sure, but little things which can change how you hear.

We’ve certainly experienced that with a few key pairs of headphones over the years, but it’s not just something limited to headphones.

In fact, when Dolby Atmos’ spatial audio started rolling out to music, something we experienced first with the Sonos Arc, we felt music was changing in front of our ears.

Google Web Stories: Check out a version of this story designed right for your phone! Click this link to try it!

An evolution in experiencing sound

Songs we had known and loved before suddenly became different but wider. The soundscape was something very different, as the speakers in our living room bounced sound off the walls and ceiling, and the typically two channel sound of stereo music appeared as something far more tactile, placing us at the very centre. It was exciting.

But listening to music this way isn’t normal. While we were dabbling in spatial sound with speakers in the home, most of how we consume music is through a personal experience, donning those headphones once again.

So when Apple announced Dolby Atmos renditions of songs were coming to Apple Music, we were excited.

Finally, more people could experience a new rendition of audio that was more spatially aware, creating a different sound experience. And when Apple eventually added head tracking, albeit for its own earphones and headphones, the excitement increased.

With the rollout of head-tracked spatial audio, the music wasn’t just going to sound dimensional, but change based on the position of our head. It was as close to sitting in that room of speakers as headphones could get, and the among the holy grail of listening. 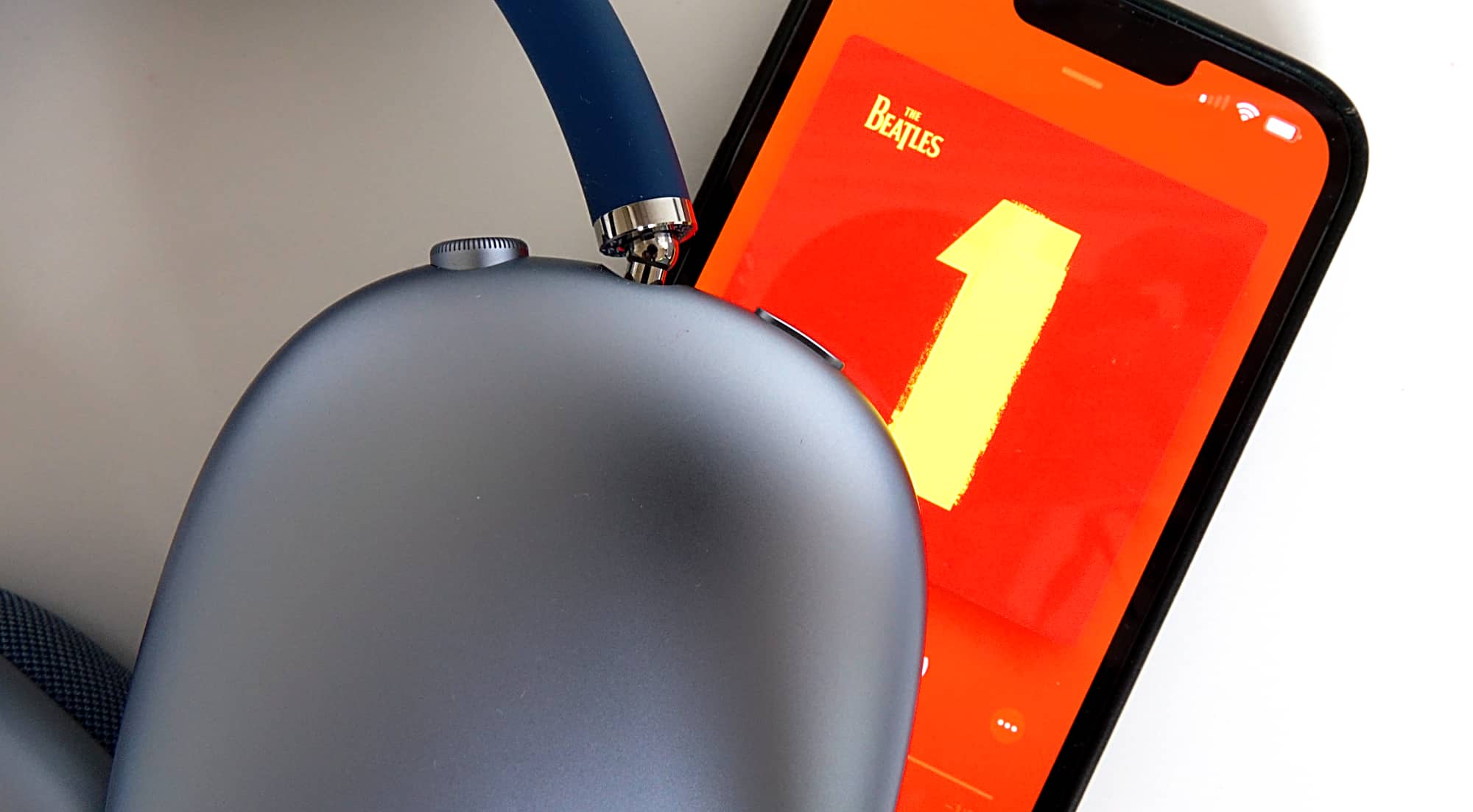 In the past year or so, Apple has made this technology work on an assortment of headphones, including the AirPods Pro, the AirPods 3, and the deluxe edition of AirPods headphones, the AirPods Max. Add to that the Beats Fit Pro which also supports the tech, and you have a minimum of four pairs of earphones that support this dynamic style of upgraded listening, and something we believe more headphones and earphones will cover.

Right now, head tracking is limited to devices made by Apple and Apple-owned companies, which explains what we’re seeing, but any pair of headphones or earphones can experience Atmos without head tracking, opening the wider soundscape to practically everyone. Even if you don’t get the sound rotating around your head, you can get the updated soundstage that increases the depth considerably, and that’s just on a personal level.

Dolby Atmos-enabled soundbars are increasing in number, as well, and with an Apple TV and Apple Music — or with the Tidal app on Apple TV or another platform — you should be able to experience the greater soundstage through speakers, be it a soundbar doing it using psychoacoustic trickery and making you think there are speakers bouncing sound, or a proper Atmos soundbar or speaker system bouncing sound off the ceiling and walls.

You have options when it comes to playing Dolby Atmos soundtracks, as Atmos has been made more accessible than its beginnings in the theatre and in the expensive home theatre systems with amps, receivers, and lots of high-priced speakers. 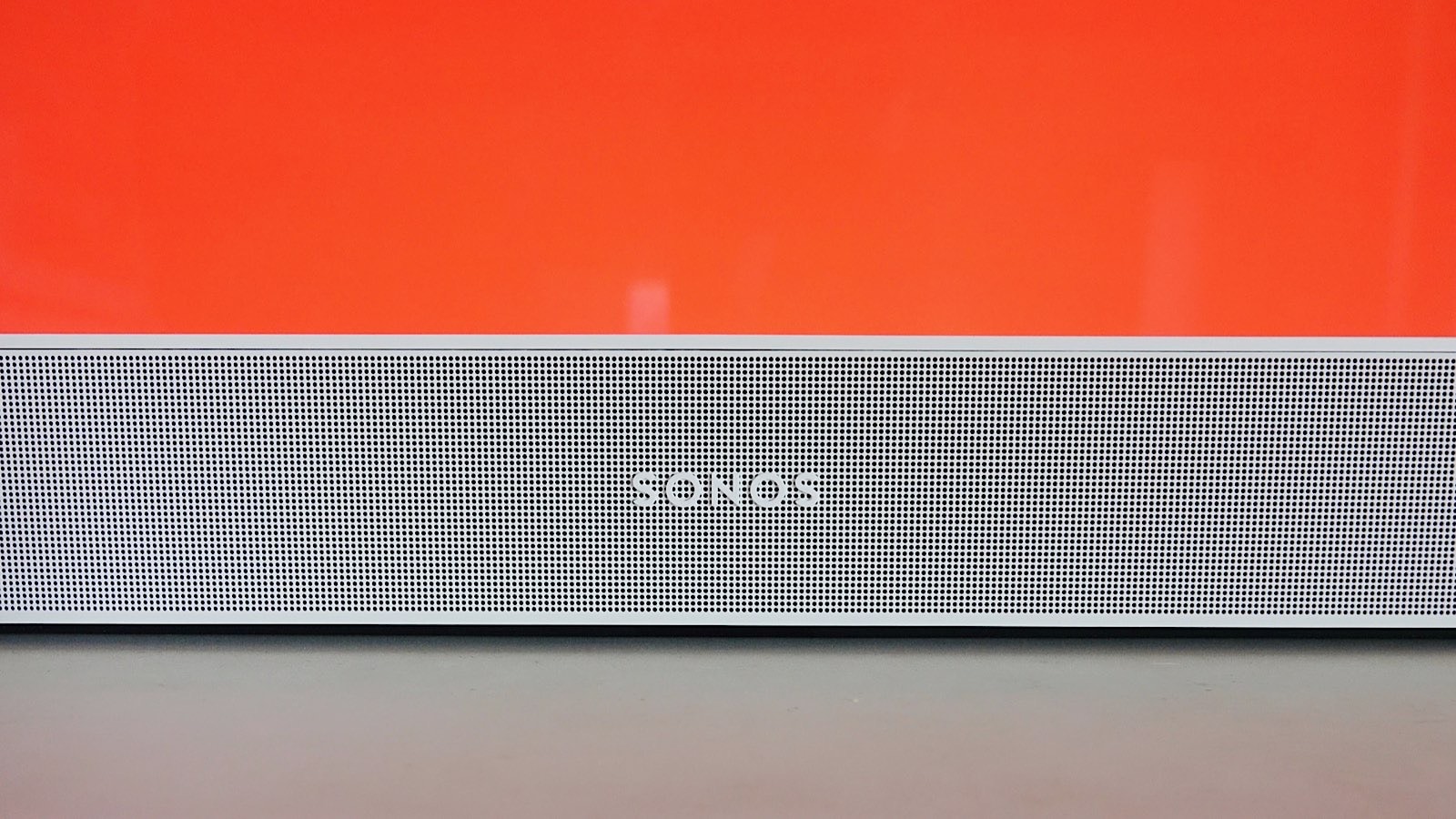 Making your favourites into Atmos

It’s not thoroughly surprising to see new releases get offered with a Dolby Atmos spatial soundtrack, as engineers and producers suddenly have an extra set of tools available to them. Whether they’re using the Atmos toolkit provided by Dolby to make their sounds or the built-in tools found in Apple’s Logic Pro, we’d expect new mixes and music releases to have this extra new sound applied to it.

Yet much of what we all listen to isn’t new. It’s the favourites from yesterday and yesteryear, and while they sound great already, they can sound different. They can invite a new experience, though one that requires a change in production, something Giles Martin knows only all too well.

The son of legendary Beatles producer George Martin and the head of equally legendary English recording studio Abbey Road, he’s had more experience with The Beatles productions than even the most ardent of listeners, and with his latest effort, it’s about bringing the number ones to a new style of sound.

But doing so isn’t just a matter of applying the Beatles to that soundscape and being done with it. Rather, Martin says it’s about honouring it.

“I think that you have to honour the creation and decisions are made with studios,” said Martin in a recent interview with Zane Lowe, which Pickr was invited to submit a question or two for.

Feeling like you’re a part of the music being made is important, but it’s also something that takes time to get right.

According to Martin, remixing an original Beatles track can range from taking half a day to three days, or a whole lot longer if you feel you get it wrong.

“It really does vary,” he said. “And the reason was for a lot of the stuff like for the early, early material, we’ll go back into the Studio Two where their band recorded and we’ll find a way of rerecording the room. So you have the Studio Two around you when you listen to it.”

“So that takes a while. So that’s the process,” said Martin, adding “we’re mixing not just the original tracks, but actually capturing ambiance of the room that they’re in to make it more real. And sometimes some tracks just take ages because you just think this is, this doesn’t feel right.”

An evolution of sound

Making music feel right is part of what Martin’s father tried doing back in the first Beatles recordings, and is instrumental into delivering the sound people associate with those original recordings.

“My dad was, you know, was a futurist and loved technology, so he was always looking for a way of having great sound,” said Giles, referencing George who produced the tracks many of us still adore today. Albums like Revolver and Sgt Peppers, the latter of which includes what Giles says was his dad’s proudest work as a producer: Strawberry Fields. Making these what they are saw his father try to put what was going on in the head of the creator, for what was going on in John Lennon’s head.

“He tried to capture what was in the head and put [that] on a record. And that’s the evolution of sound,” said Martin. “It’s not just technology, it’s imagination, as well, and that’s key.”

“That’s what music is about”

While the technology and imagination led to an experience on a record back in the 60s, and indeed through several technology changes and remasters over the years, the shift to immersive and spatial audio as been one that is changing the sound again, though it was one you couldn’t hear many places back when the idea of surround Beatles was conceived.

“I’ve been working in surround for a long time, you know. I did the Love show in Vegas, which has seven thousand speakers in a room and we did a surround sound record that which was very successful,” he said. “But then you couldn’t hear it anywhere.”

You could if you flew to Las Vegas and watched the show, but if you bought the album or streamed it through a service, you were getting the stereo treatment, not the immersive spatial reality you experienced in real life.

Launched over 15 years ago in 2006, Love is a Cirque de Soleil reimagining of the music of The Beatles, mixing a circus-style stage performance with high-end visuals and those classic Beatles tunes remade and mixed together, all inside of a specially made theatre just for the show. It features 32 projectors to immerse you in the experience and 6351 speakers, with each of the 2013 seats featuring three speakers inside, helping complete that experience that you’re part of the show, that you’re inside the heads of the music makers.

With a specialty theatre and speaker system, Love‘s way of connecting you to the show is totally distinct from the way you might experience the sound in a stereo way, through your regular headphones and such. It’s about transporting you into the music and making you feel something, and it’s one that Giles Martin talks fondly of in regards to the new Atmos mixes.

“I could put people in a room that I can build and go, ‘this is gonna be an amazing experience,’ but how do you then have it so it’s easily accessible for people? You’re going to have more intimacy and then you’re going to notice, hear it, you’re going to really listen to it and it’s going to touch you,” he said.

The Beatles “1” is available on Apple Music in Dolby Atmos spatial audio for streaming now.