Thinking of making your own music with a Mac? You might just be able to make it sound bigger than two speakers.

If you’re an Apple Music subscriber with a decent pair of headphones, it’s possible your ears (and eyes) have been opened by the world of spatial audio in the past few months.

Whether or not you’ve been able to tap into dynamic head tracking or just the wider soundstage on offer, there’s a chance you’re listening to a bigger sound from all of your sound.

But if you’re someone who wants to add to the music you can listen to — if you’re a musician and keen to let others hear your version of spatial audio — getting your music to become spatial has up until recently been complex. You would have needed a piece of software, access to Dolby’s Atmos suite, and some skills.

However, Apple has opted to change the game with a recent update to Logic, rolling out an update that lets you mix spatial audio yourself.

An addition to Logic Pro 10.7, it now supports 3D object designing, binaural mapping, and a space designer to let you throw sounds into a 3D sound stage and build audio so that it’s happening all around you. 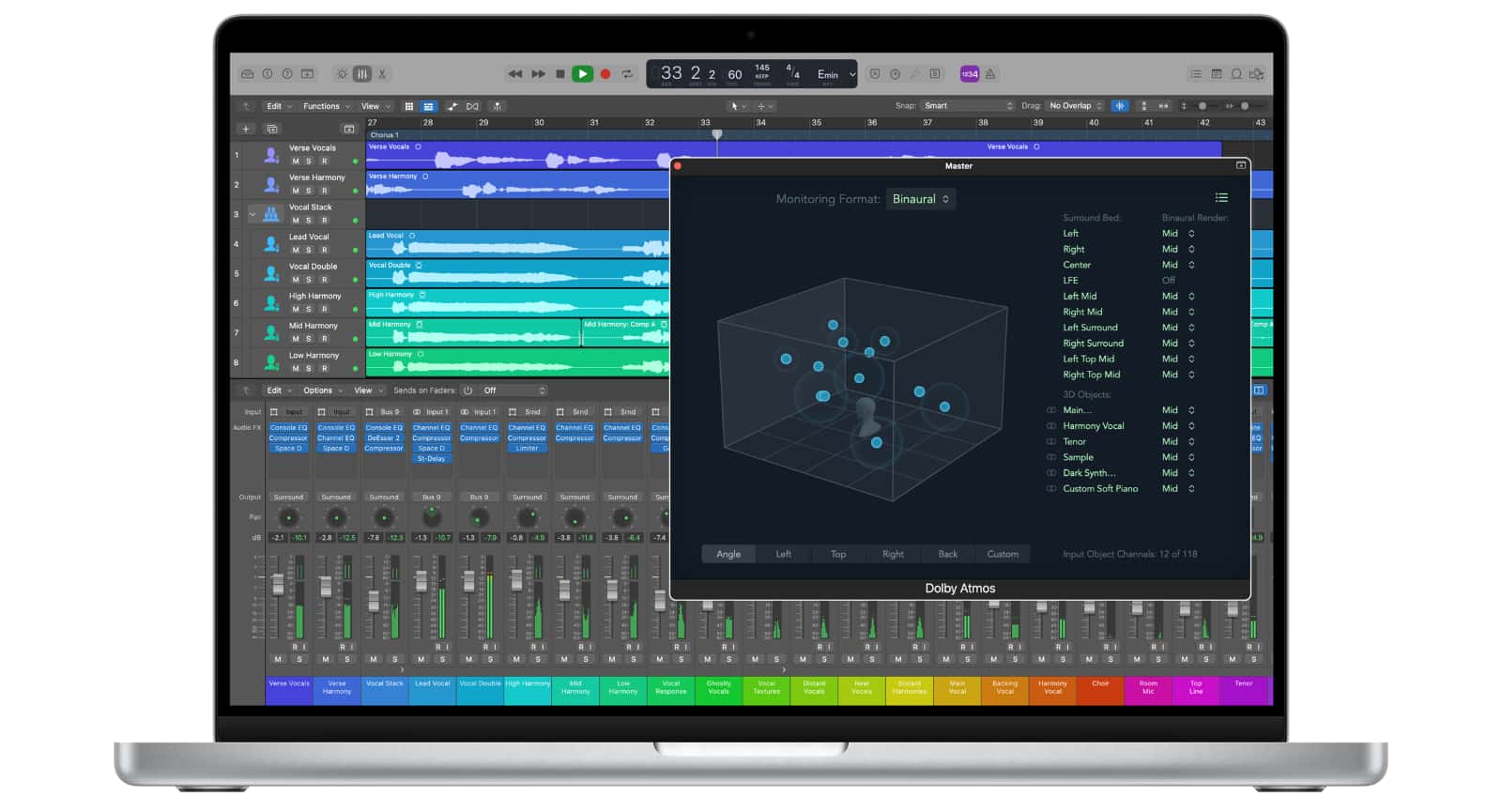 To test it, you’ll need a pair of headphones up to the task, and that will mean something with dynamic head tracking in spatial audio, a feature recently added to Apple Music, but which is also supported by the AirPods Pro, AirPods Max, and the recently announced AirPods gen 3, tracking how your head moves and changing the way you hear the sound accordingly.

When paired with Logic’s plugins, the result allows you to play with audio in 3D, positioning instruments and sounds so that they appear in front, behind, to the left and right and all around you, with supported headphones allowing you to hear the difference in the binaural mode.

For musicians and enthusiasts, it means they can mix in spatial audio and send to their friends with headphones and speakers that support spatial audio, allowing them to hear that mix beyond stereo. If the music is ever published to Apple Music, it will be heard in spatial there, too.

Interestingly, the support for spatial may not just work for music, but for anything mixed this way. Interviews mixed in more than just stereo should work, essentially creating a roundtable of sound, as could stories with several characters. In theory, there’s no limit to what Logic’s spatial audio mixing can deliver, only to how much time you plan to spend mixing it and what you create.

But the good news is that support is already there, found as an update rolling out now to Logic Pro, or available in new installations, with Logic Pro 10 available for $319.99 on the Apple App Store.