Sonos enters the world of Atmos with Arc

The Playbar has held the line a big Sonos home theatre punch, but it’s about to get a big brother made for sound that goes all around.

Movies have sure changed a lot over the years, and while effects and film quality are one of the more obvious changes we think about, sound is up there as a main difference, as well.

Surround was one of the first changes, and it brought a deeper sound around us on the horizontal plane, effectively allowing the sound during a supported TV show or movie to appear both at in front and behind us. The sound of bullets could whiz by our ears starting from a front speaker before quickly firing in a rear speaker, and the sound of environments could occur from left to right.

Surround sound environments are hardly new, and many of us have speakers and soundbar setups that handle this. You might have a small setup with three speakers at the front only to expand it later, or you might have a big one that recreates the sound all around you now, and is a more enveloping audio experience altogether.

But there’s more available than merely surround sound, and it’s an area Sonos is looking to get into.

With three soundbar-style devices already under its belt thus far — the Playbar, Playbase, and the Beam — Sonos is giving it another go, increasing the size, changing a few things, and improving on what has been learned through the range.

The Sonos Arc uses a design aesthetic that makes it a little more like last year’s Sonos Move, with dotted plastic grills replacing the fabric coverings seen on the previous model, though the focus is clearly on what’s on the inside, which is what counts.

Inside the Sonos Arc, there are 11 Class-D digital amplifiers handling 11 drivers, made up of eight elliptical woofers and three angled tweeters. The approach here splits the sound across left, centre, and right at the front, plus angled up to deliver sound in a spatial way.

That makes the Sonos Arc capable of delivering surround sound, with upward angled sound to bounce audio in your home environment for 3D audio. Essentially, it makes the Sonos Arc a 5.0.2 experience, with five speakers at the front and two firing up, and with no subwoofer unless you bring the Sonos Sub along for the ride, if you even need it.

Much like the other Sonos speakers available, this one will support the TruePlay sound measuring technology, which still only works on an iPhone or iPad for measuring audio in the room, but now measures vertically and horizontally, creating a greater understanding of depth in your home.

The result will give create 3D sound in your home when connected with a Dolby Atmos soundtrack, the likes of which can be found on the Apple TV 4K, 4K Blu-ray titles, and select titles on streaming services, as well.

That makes the Sonos Arc the first Atmos-enabled Sonos soundbar, though it doesn’t need solely Atmos sound to work. In fact, if you don’t have an Atmos soundtrack, Sonos says the Arc will switch to side firing speakers and provide a greater horizontal depth when 3D sound isn’t firing.

“Home has never played a more important role in our lives and we’ve always been about making the home more enjoyable with great sounding products and new experiences. Arc brings the sounds of our favourite shows and artists to life like never before,” said Patrick Spence, Sonos CEO.

“Our goal is to make any room you have a television a place you can easily enjoy all of the great streaming video and music that exists today,” said Patrick Spence, CEO of Sonos.

“Arc illustrates our commitment to brilliant sound and premium design, and sets a new standard for soundbars,” he said. 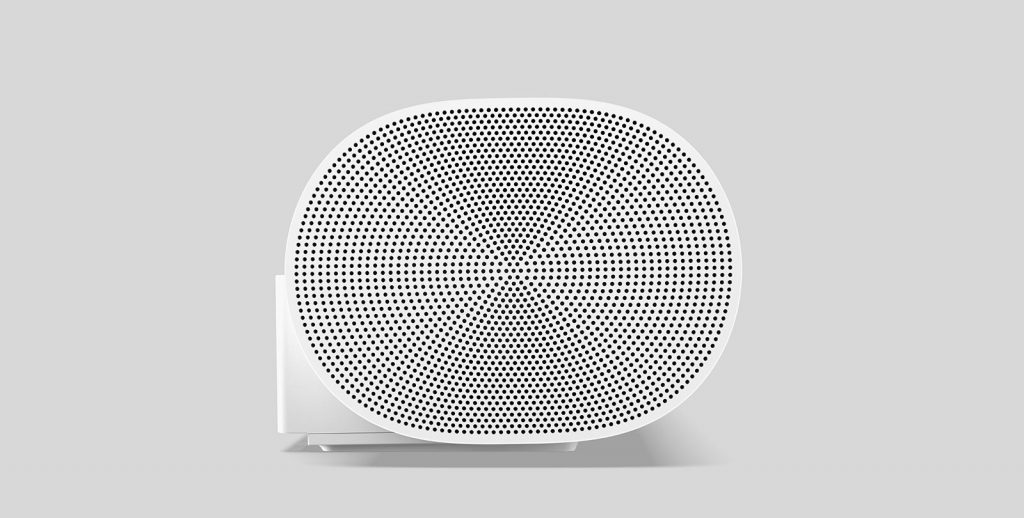 To make this work, Sonos is using ARC and eARC ports on TVs to get sound from the TV into Sonos Arc working in a spatial way. Optical won’t work, sadly, as it doesn’t carry enough bandwidth, but you can use the included optical converter or an optical cable to get surround sound on the Sonos Arc, just not Atmos-enabled audio.

But while there’s support for one 3D audio format in Dolby Atmos, the other format of DTS:X is missing in the Sonos Arc, nor is there any support for Atmos upmixing, as the soundbar won’t create Atmos soundtracks out of nothing.

There are other features worth mentioning, though, partly thanks to the new Sonos S2 app that’s coming, including Speech Enhancement to clear up vocals, Night Sound to calm loud noises in shows and films, voice support for smart assistance with far-field microphones to listen to your voice while you’re watching something, and support for rear speakers through the Sonos system, using two other speakers, such as the Sonos One, One SL, or even two of the IKEA Symfonisk speakers.

Sonos has said that you can’t yet add extra upward firing speakers in the back to create 5.0.4 like in other receiver-based Atmos systems, but hinted to Pickr to “watch this space”, with the company’s Product Manager, Scott Fink, adding that “we have some interesting plans on the configurations going forward”. 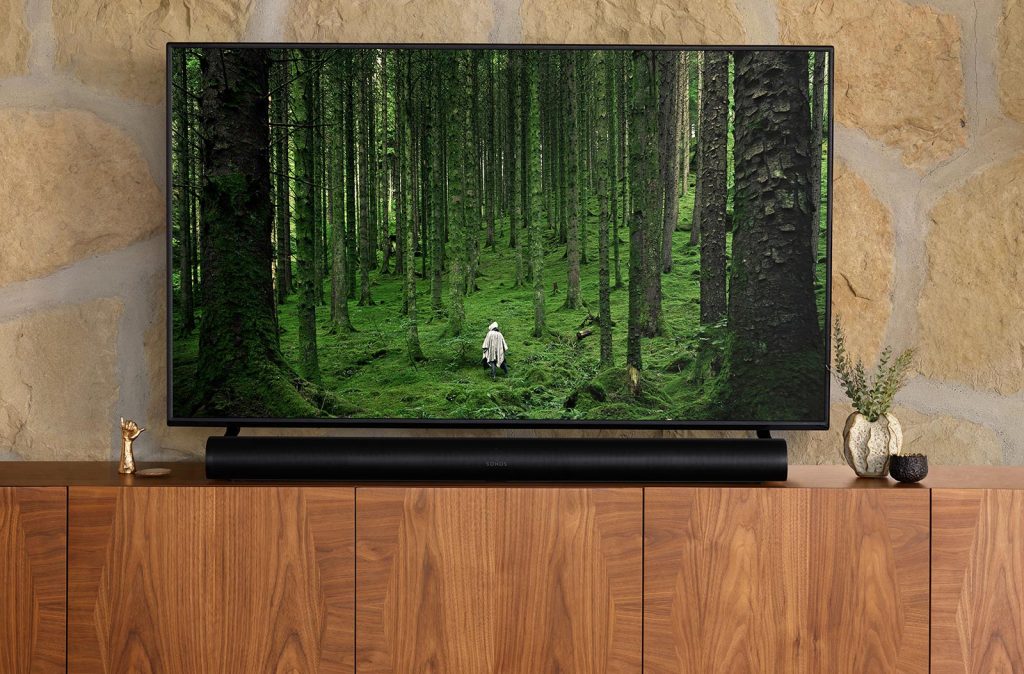 At the moment, that will include one subwoofer if you have the Sonos Sub, but not two, though that could change, as well, as time moves on.

The focus at the moment appears to be on making the Sonos Arc one of the best Dolby Atmos soundbars, and one of the most flexible, with a delivery that makes it not just good for movies and TV, but also with music. That includes support for connecting to an entire home full of speakers, thanks to Sonos’ continued development of the multiroom audio concept, whereby speakers in an environment link up and play audio between each other.

As for it playing nicely with any older models, that’s a different story altogether. While the Sonos Arc will talk to any of the current generation models, any speaker that isn’t included in the S2 app — which includes the first generation Play:5 — won’t talk to the Arc soundbar, either. Essentially, if you’re using two first-gen Play:5 speakers as rear speakers for a Playbar, you won’t be able to bring those two old Play:5 speakers to work with this soundbar. Sorry.

That may make it an upgrade that could cost you a little more, though altogether, the Arc is a soundbar that won’t necessarily come cheap, hitting Australia in early June for $1399, and replacing the $999 Playbar and Playbase models. Those will run out as stock dwindles, with the Sonos Arc replacing them, hitting pre-order on May 7 and delivery plus in-store sales from June 10. 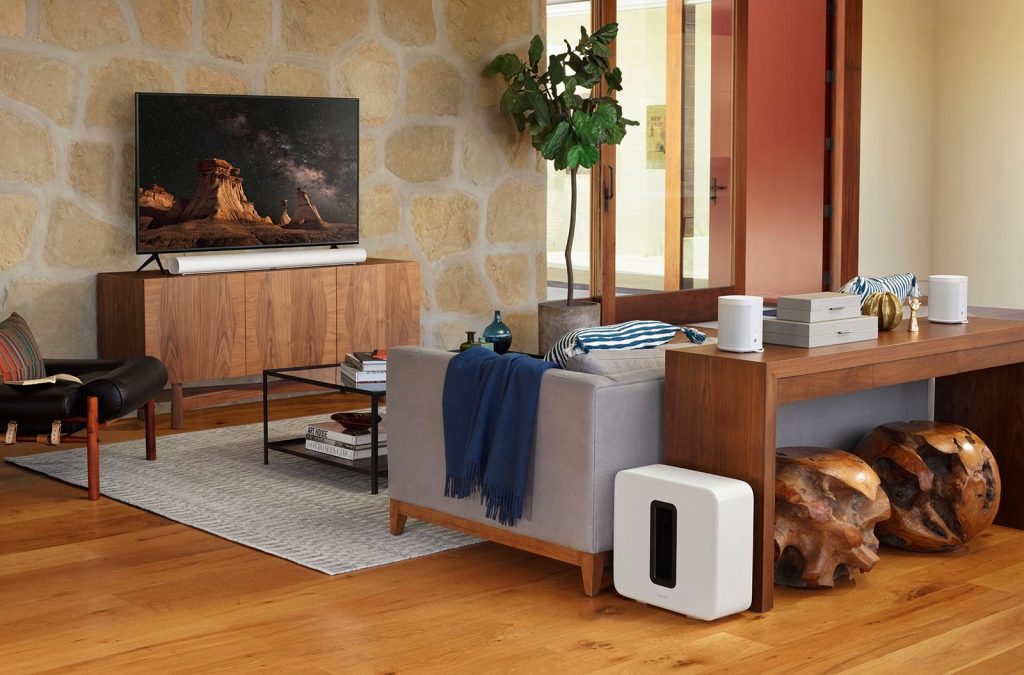 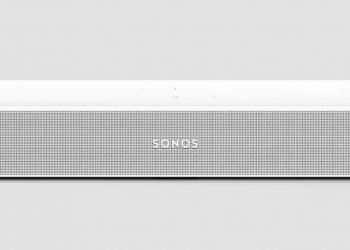