Now that the new Sony headphones are out and there’s a new benchmark, it’s time to pit them against Bose’s best. It’s time for a headphone battle: are the Bose 700 Noise Cancelling Headphones better than Sony’s WH-1000XM4?

It seems there’s no shortage of headphones out there, and we’ve found plenty of good ones to choose, but some clearly rank above the others. In the echelon of great wireless noise cancelling headphones, you can options from Sony, Bose, Beats, and a few other brands, but there are two which this year feel like they’re poised for attack more than others.

Bose has long been known for its noise cancelling technology, and practically invented it for consumers, evolving and pioneering the technology through its QuietComfort range for many years. Last year, Bose changed the range, and switched to numbers, launching the Bose 700 Noise Cancelling Headphones, a pair we just shorten to “Bose 700” for easy remembering.

Meanwhile, Sony has been gaining fame and notoriety in this category, thanks to the 1000X headphones it launched back in 2016. Back at the launch at IFA 2016, we found the first models, the MDR-1000X, were a bit of a game changer in how noise cancelling headphones could work, and since then, Sony has been honing and improving.

This year, the latest model of Sony’s noise cancelling headphones are out, and like the rest, they are in a word, fantastic. But are they better than Bose’s best. Which is better: the Sony WH-1000XM4 or the Bose 700 Noise Cancelling Headphones? 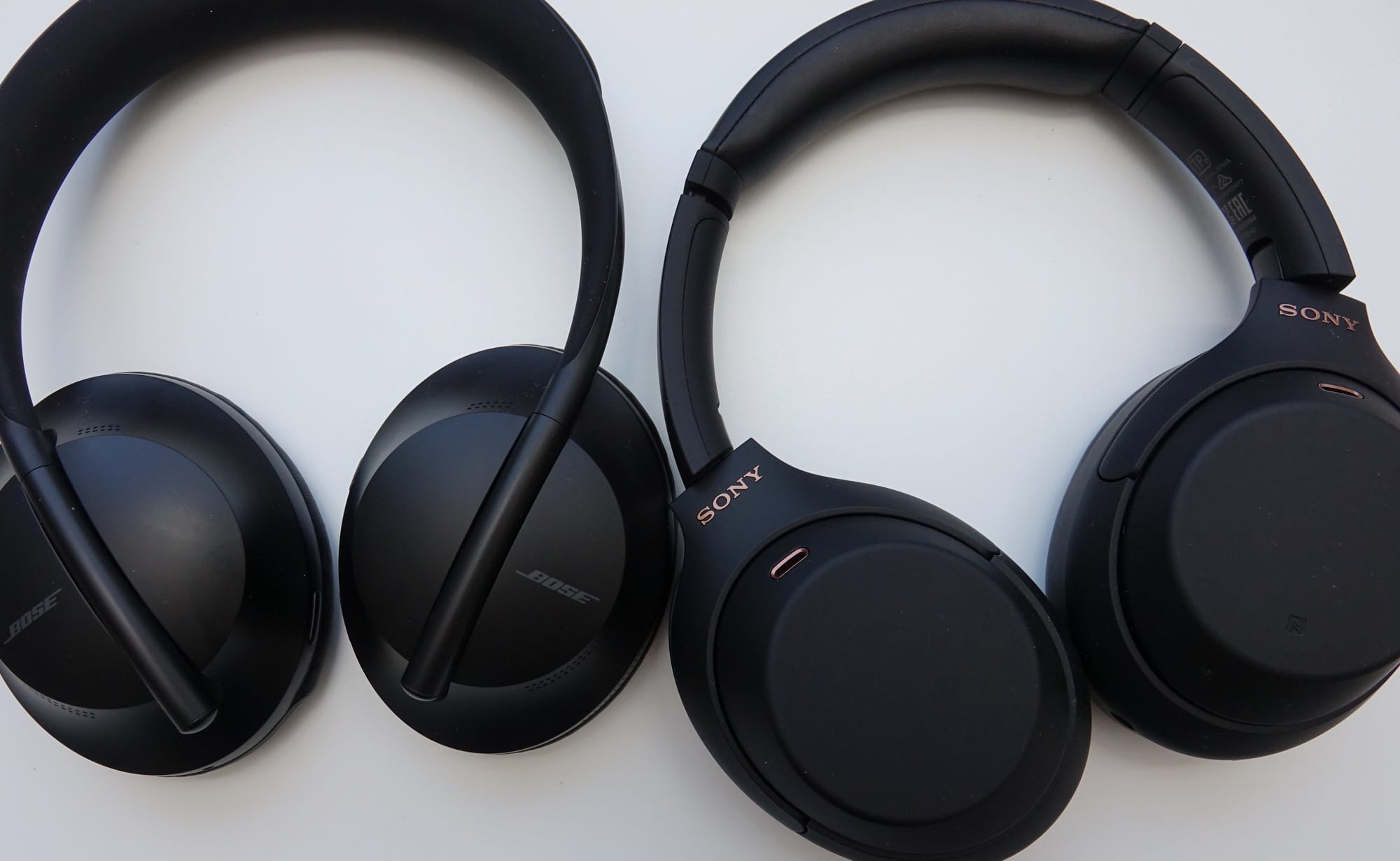 We’ll start this headphone battle with design, and both headphone options are pretty strong in this category.

The Bose headphones offer an ocular headphone broken by the headband down through the pads, delivering a look that is indeed different, while Sony looks a little more classic, offering a soft round style that covers your ears.

Neither pair of headphone is ugly, and both are easy on the eyes.

Both pairs of headphones are designed very well, but neither are made necessary to survive rigours of everyday life. These are headphones made to be worn and listened with, not dropped and broken.

There’s a good chance both the Bose 700 and Sony WH-1000XM4 would survive a few drops, but we’re not game to try, and neither should you.

We’ll call this one a tie, but only reluctantly. Please don’t try to break your headphones. 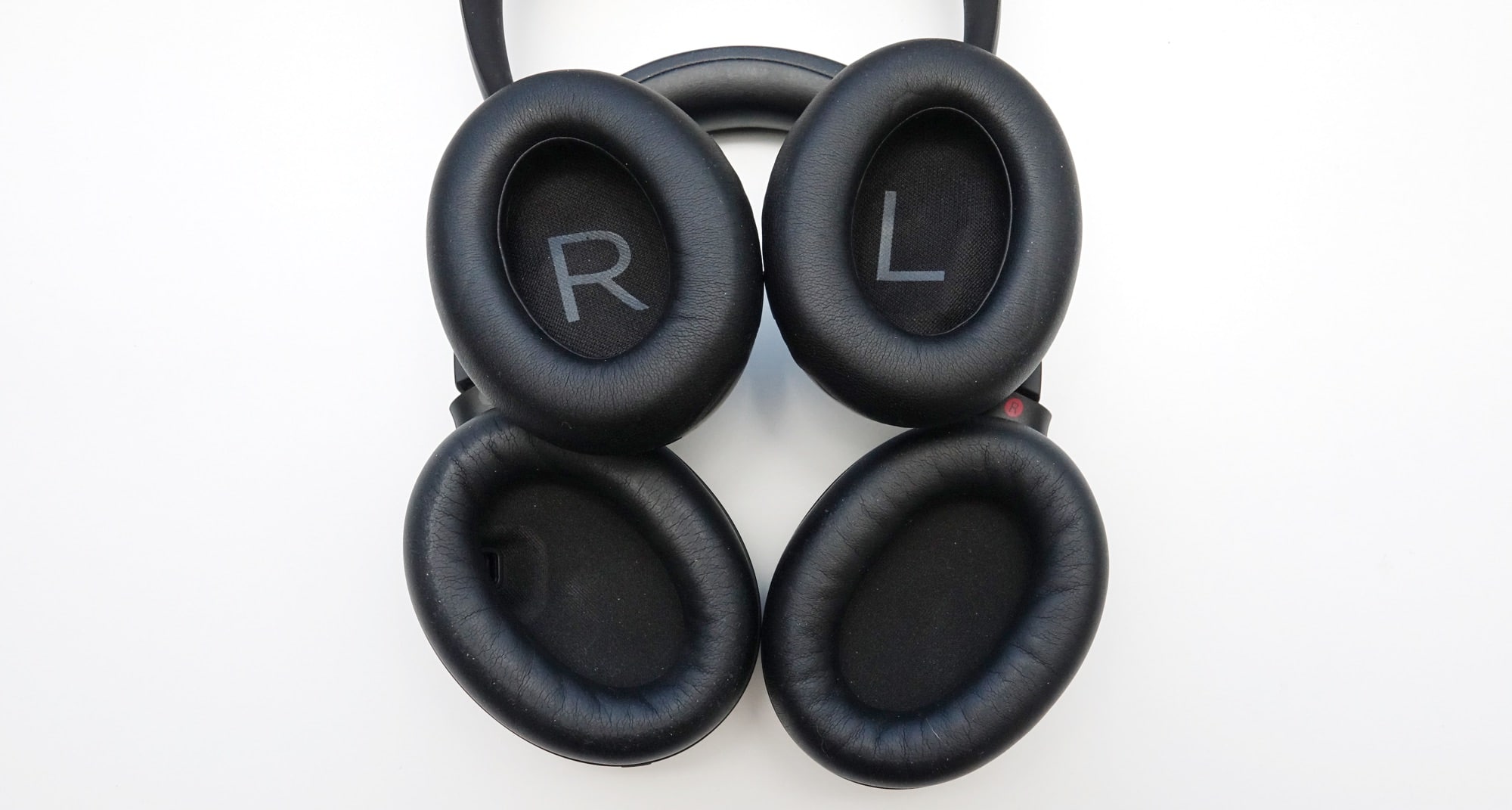 You should find both quite comfortable, as well, with Bose delivering yet another pair of comfy cans in the Bose 700, and Sony improving on its comfort level, too.

Bose has long held an edge here, and few pairs of noise cancelling headphones have ever been as comfortable as the QuietComfort over-ear models. In the Noise Canceling 700 Headphones, Bose has tightened the design slightly, but we’ve found it just as comfortable.

Meanwhile, Sony has been improving things over the years, too, and in last year’s WH-1000XM3, we thought the company had nailed it. This year, Sony has improved things once more, keeping things comfy.

In short, both the Sony WH-1000XM4 and Bose 700 Headphones are comfy to wear for long periods. 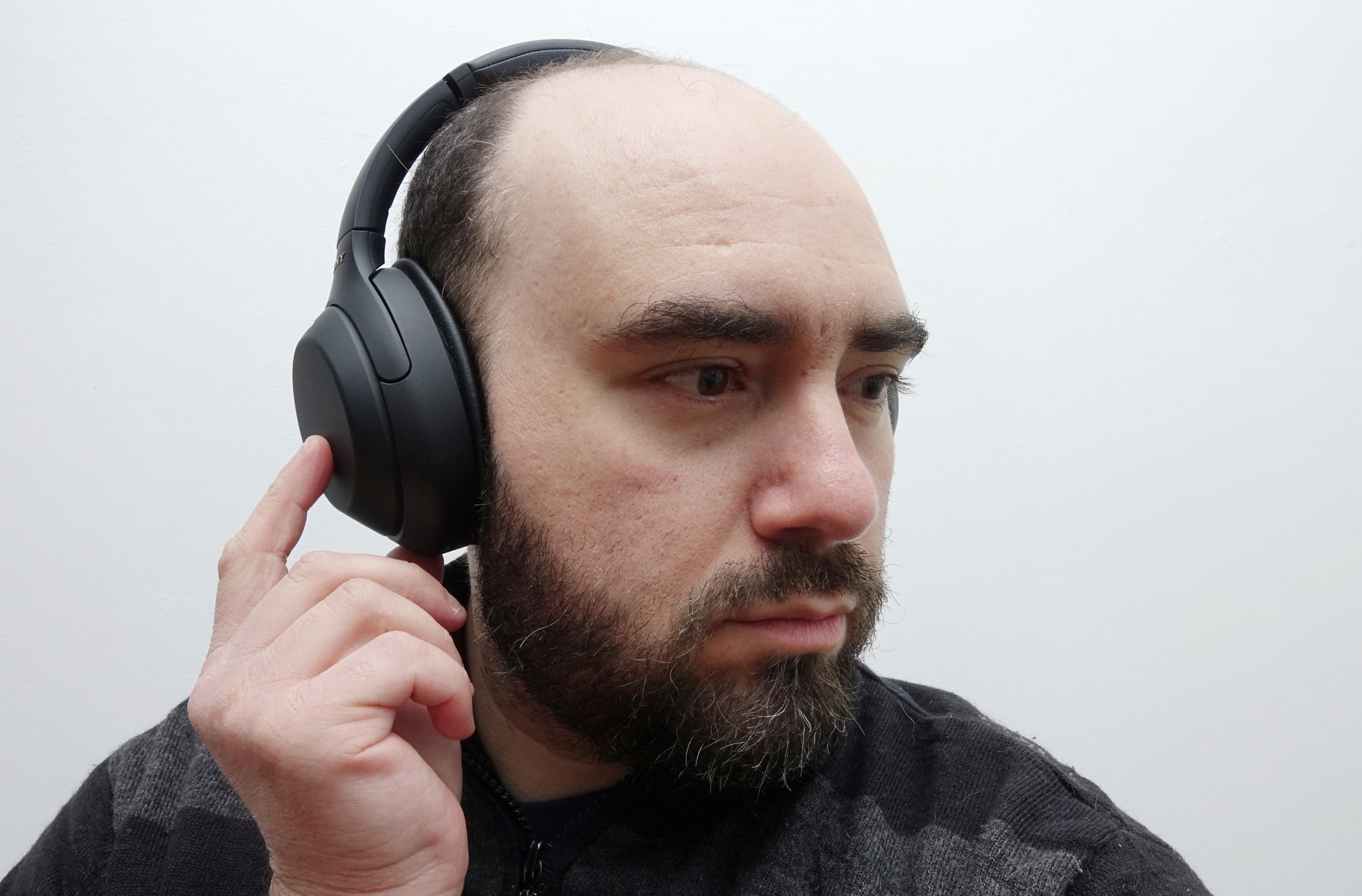 Touch controls are the current future for headphones, and both of these flagship cans come with them.

Sony’s controls seem a little tighter this year, and now include a custom button that you can map for one of the major smart assistants (Amazon Alexa or Google Assistant), while Bose offers some of those touch controls in one portion of the headphones.

This feels like an obvious win for Sony, which offers more room and more control overall. 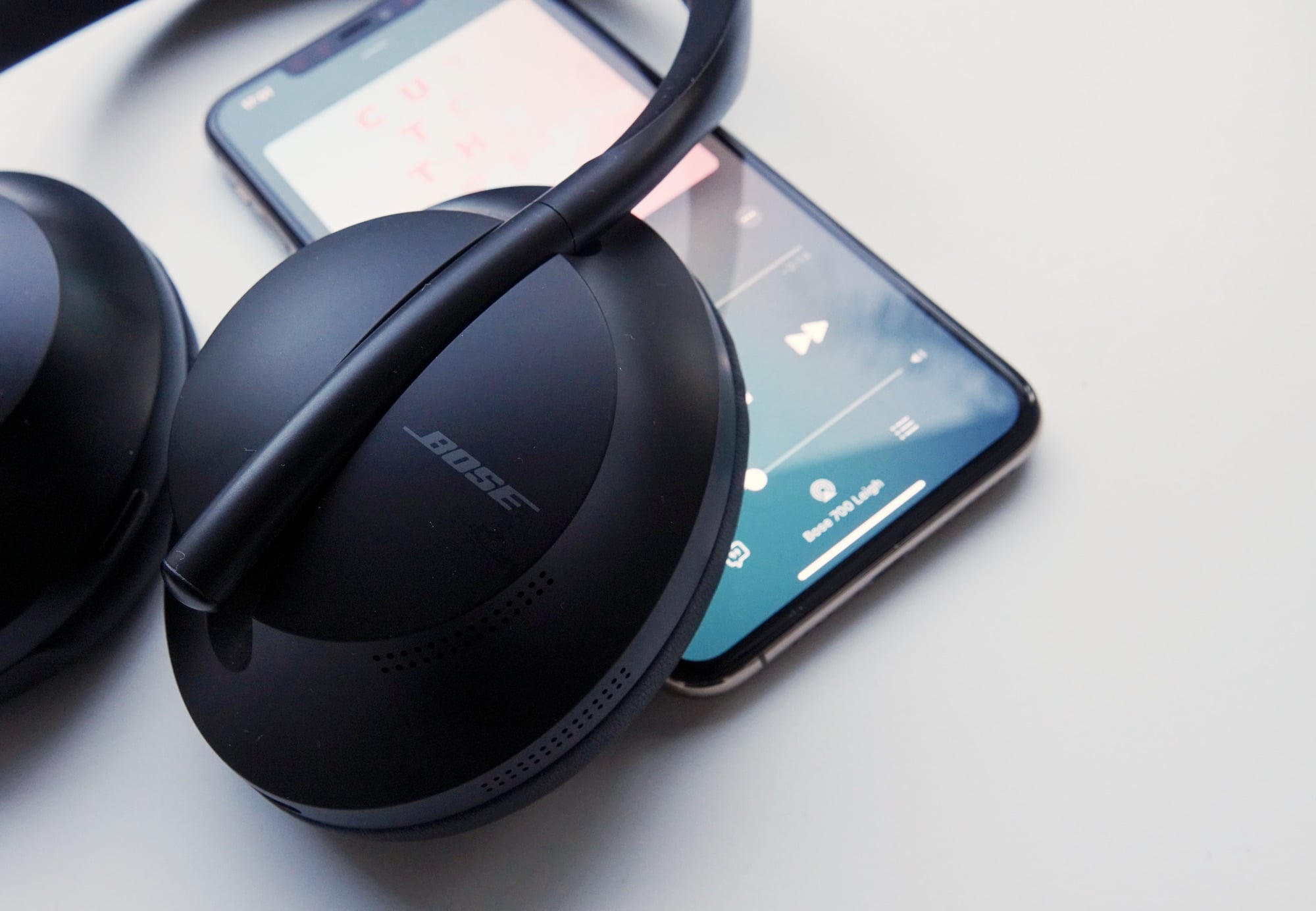 Wireless connection and connection reliability are such a #firstworldproblem, but they are issues that can affect wireless headphones. Fortunately, flagship headphones tend to be built with these sorts of problems solved first, and often thanks to the quality of the Bluetooth chips they use.

Both Sony and Bose have focused on these, and both have very little in the way of reception woes with these headphones. Tested with a variety of devices, we found both were strong, so we’ll call this one a draw. 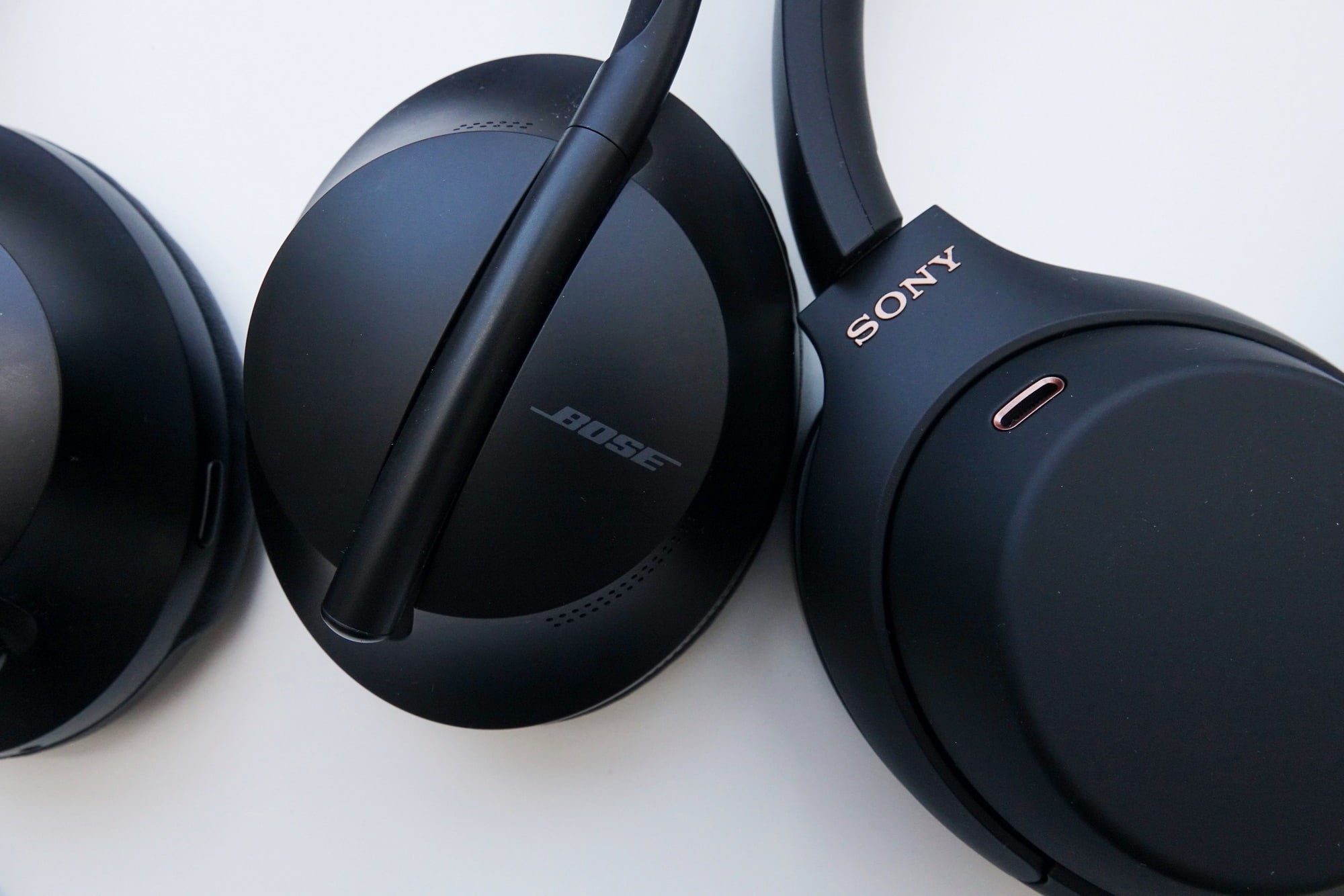 Of course, sound quality plays a big part in headphone design, because seriously, what is the point of buying a pair of great headphones if they don’t make your music sound freakin’ spectacular?

Fortunately, both the Bose 700 Headphones and Sony WH-1000XM4 can do that, but each in different ways.

The Bose 700 headphones offer a more flat sound, delivering a strong sense of balance very much like Bose’s other QuietComfort headphones, with no extra tonality really applied to mids, lows, or highs. These headphones are direct and easy to understand, though also offer little in the way of difference over their QuietComfort 35 siblings, which are still around.

Meanwhile, Sony’s approach in the WH-1000XM4 is warmer, offering that same balance, but with a tonality that focuses more on the mids and lows, making the whole thing sound like a lovely warm speaker.

Both are good, but we’ve found the Sony WH-1000XM4 (and its previous efforts) to feel like a balanced headphone with more personality than a mere direct representation. This one is close to a tie, but we find the Sony’s easier and more comfortable to listen to for most of our music, some of which really gets on well with that warmer personality. 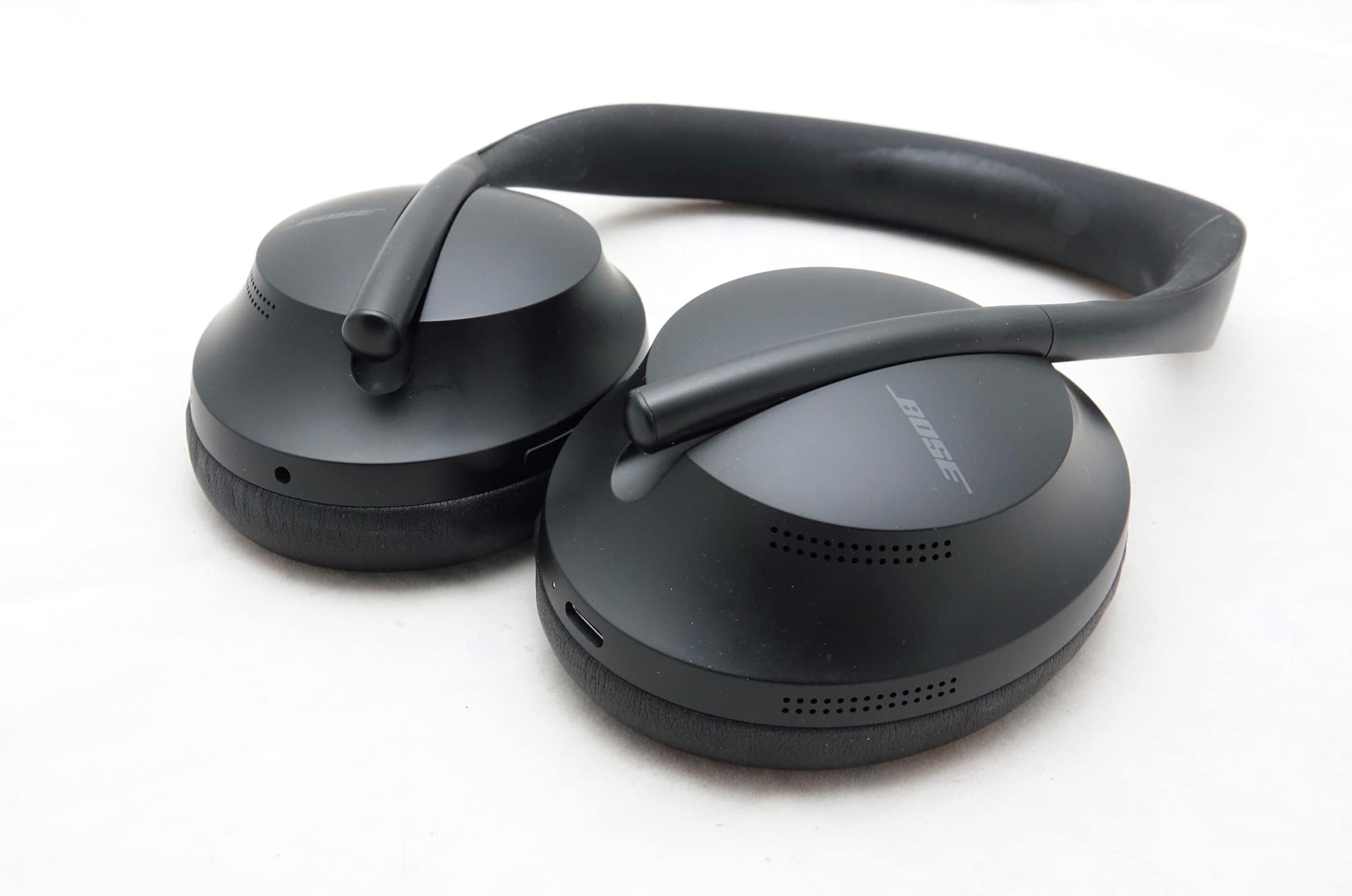 Noise cancellation is understandably a big part of what makes a pair of noise cancelling headphones so darn appealing, and it’s also an area that shows when companies are beating others.

The technology can be easy to explain, particularly why it can’t cancel out all sounds (at least until a true adaptive Active Noise Cancellation (ANC) technology turns up), though some are getting better. Beats is pretty solid in this area, supporting a form of adaptive ANC in both the Beats Studio 3 and the Beats Solo Pro headphones.

In fact, most of the top-end headphones have some pretty strong noise cancellation game, including both the Bose 700 and Sony WH-1000XM4.

Sony, however, feels like it’s stronger. While Bose lets you tune how much noise cancellation is happening in its app, Sony not only lets you do that, but also lets you calibrate noise cancellation for fit and altitude, making it ideal for flight. The noise cancellation has been tightened a little in this year’s WH-1000XM4, as well, with all of this combining to be better than what Bose delivers in the Bose 700. Sony wins this round. 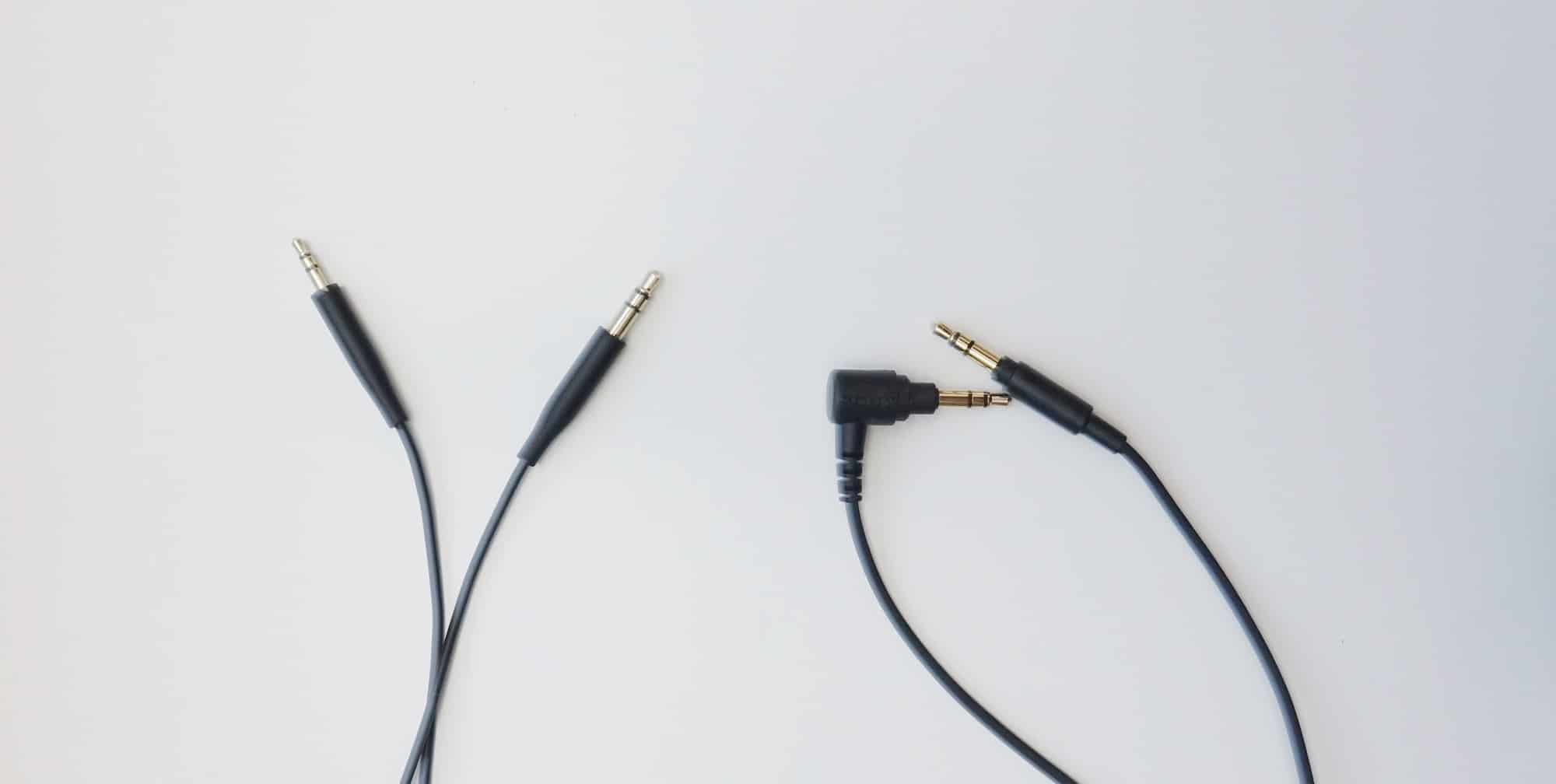 Making sure the headphones work with every device in your life is a pretty clear point, and these days, compatibility and platform agnosticism tend to go hand in hand. Not everyone has an Android, and not every has an iPhone, and that’s before mentioning these things called computers, media players, and the other gamut of media devices.

Fortunately, both the Bose 700 Noise Cancelling Headphones and Sony WH-1000XM4 headphones both support Bluetooth as a standard, and both include a cable.

We found zero issues plugging either into devices, testing on both a computer and an Astell & Kern media player, and both work with their respective apps.

Sony has a little bit of an edge in that it still uses a 3.5mm standard cable, though Bose’s 2.5mm to 3.5mm cable is still included in the box, so it’s not much of a gain. We’ll call this one a draw.

Taking your headphones to go without the cord is one of the coolest things about modern headphones, and the batteries are getting stronger, though some are clearly better than others.

At up to 20 hours, the Bose 700 Noise Cancelling Headphones are good. With up to 30 hours of wireless listening on the Sony WH-1000XM4, the Sony headphones are better. I think we know who wins this round. 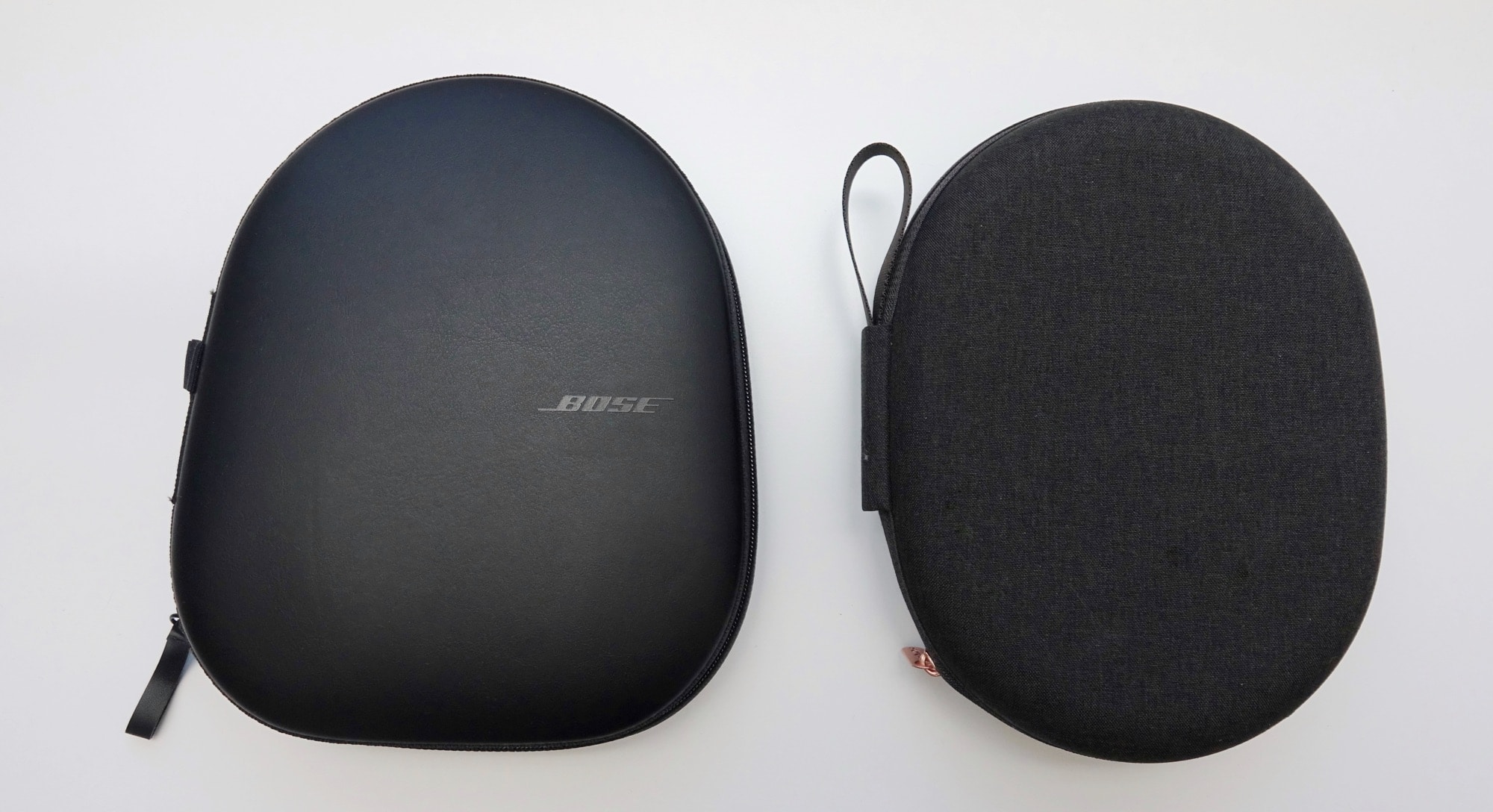 Protecting your headphones is also important, and typically unsurprising when big headphones come with a case.

Both of these are big headphones for their brands, and as such, both come with cases, and they’re both quite nice overall.

Sony’s case is a slightly rough almost denim-like blend of fabric to protect the outside, with the headphones folding up on the inside, while Bose uses a leatherette finish on the outside to complete its look.

And they’re both solid, so much that we’d be willing to call it a draw, except for one thing: newer Bose 700 releases have been known to come with a rechargeable case, featuring a small plug that you can use to give those headphones a bit of life when you’re out on the run, and an extra two charges in the case, basically holding 40 hours of life for the headphones.

It’s a small thing, but one we like, so we’ll give this round to Bose for thinking of it.

This year, the prices have risen ever so slightly, and so now flagship headphones will cost a recommended retail price of at least $550, though street price is often notably less.

The Sony WH-1000XM4 launched at an recommended retail price (RRP) of $549.95, while the Bose 700 Noise Cancelling Headphones have a $599.95 RRP that was at the time of publishing discounted to $524.95, possibly because of the launch of Sony’s new headphones.

Going on RRP alone, we’ll call this round in favour of the Sony headphones. 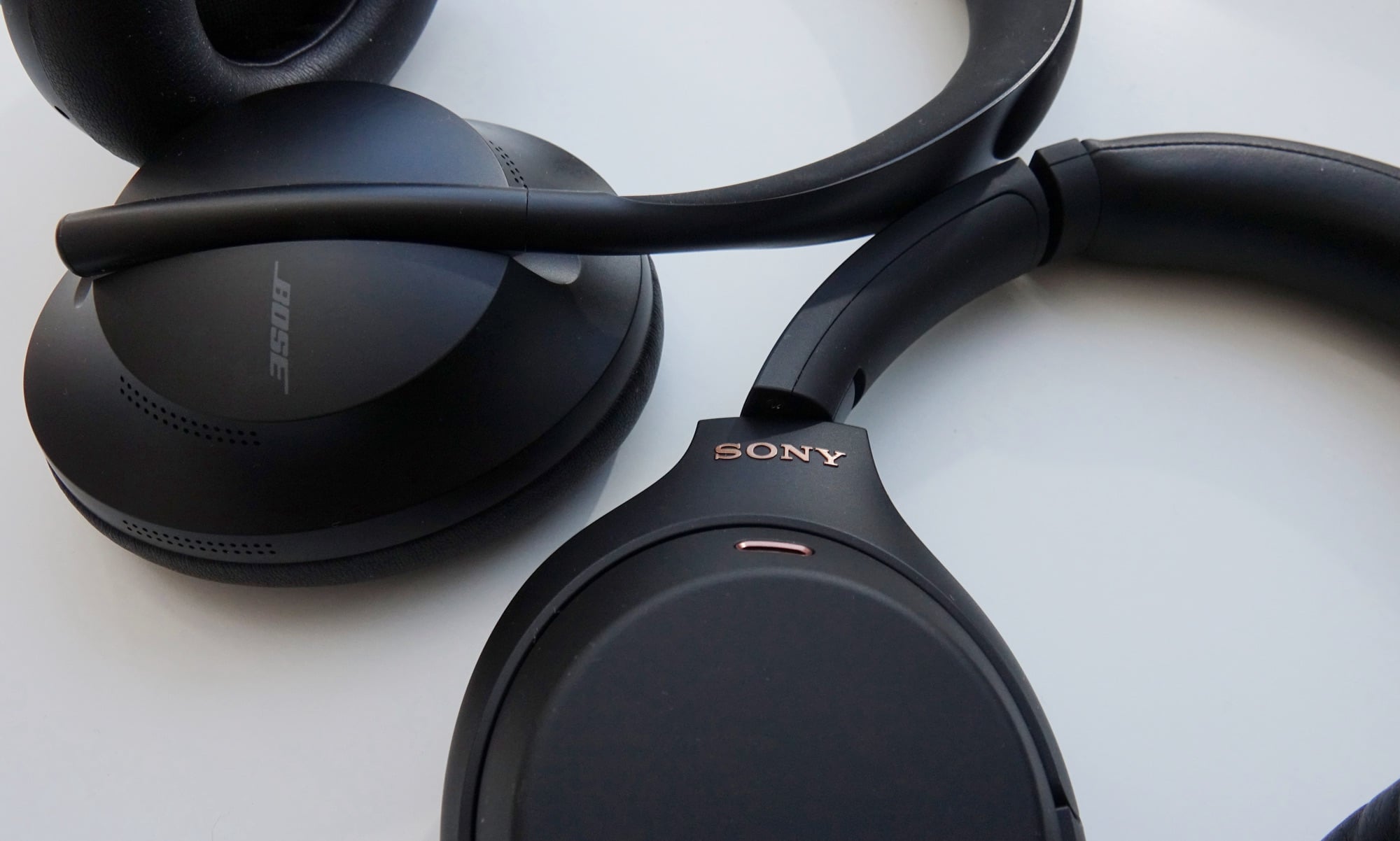 If we had to choose between the Bose 700 noise cancelling cans and the Sony WH-1000XM4, we’d pick the Sony headphones just going on the tally here, but it is very close. In most of these rounds, the two headphones scored a tie, so no matter which you end up on, you’re getting a great pair of headphones.

One way to help work out which is the best option for you will be to judge how you like to listen to your music. If you prefer a warm tonality like a pair of nice speakers, you’ll probably find the Sony WH-1000XM4 more your liking. However, if you prefer the sound to do all the talking, and you want a totally balanced interpretation of audio, Bose will delivers that sound.

Each person is different, but we typically find warmer delivers a richer sound overall, though both headphones are equally balanced, just in different ways.