Sony takes on noise cancellation with a pair that beats Beats

A new pair of noise cancelling cans could be the thing you’re looking for if you know there’s a flight coming up, or perhaps you’re just in the mood to shut out the outside world as you move along through it.

Whatever the situation, Sony has revealed a new pair of headphones designed for these scenarios, with the MDR-1000X, a pair of active noise cancelling cans offering noise analysis for improved cancellation, Sony’s DSEE HX compression upscaler to make music sound wider and with a higher resolution, and as you’d expect to see in this day and age, wireless support over Bluetooth.

And this week at IFA, Sony has let Pickr go ears on with its new headphones, and it was definitely an interesting experience, revealing that Sony has indeed been improving and finessing its noise cancellation technology. 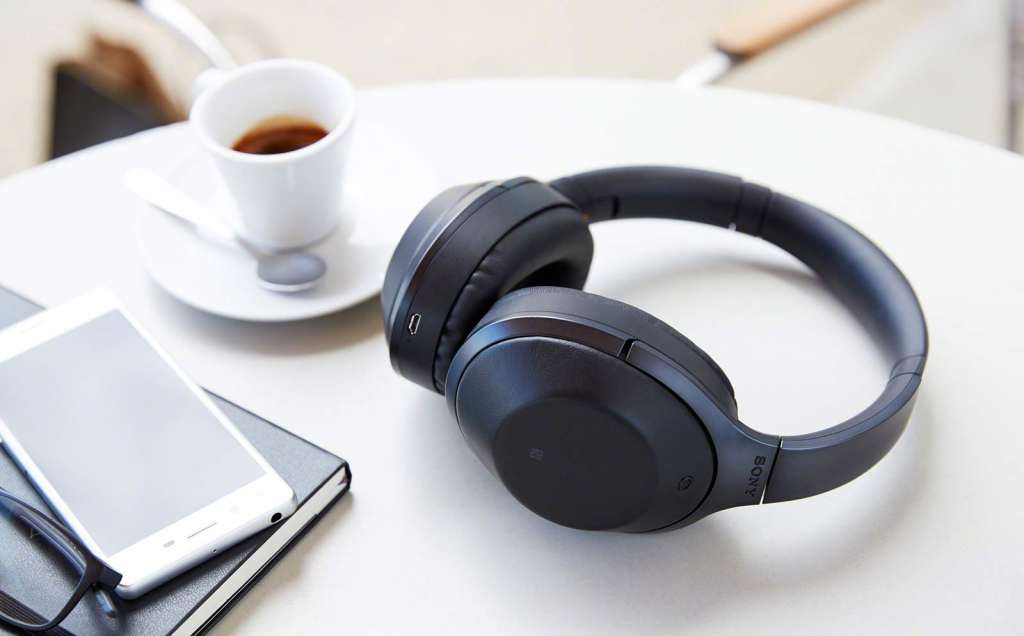 Journalists were presented with what would be your typical headphone test, but in this instance, we were merely testing noise cancellation with a large amount of noise. The test was simple: which pair of headphones cancelled out the best.

While Sony doesn’t say which headphones are “brand A” or “brand B” in its own tests or presentations, the examples were pretty clear in this demo: test the Sony MDR-1000X headphones against the noise cancelling Bose QuietComfort 35 and Beats Studio headphones.

In this test, the Beats didn’t stand a chance, with sound leaking in, while the QuietComfort 35’s handled the test very well. 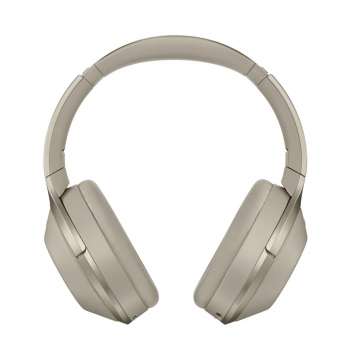 Next was Sony’s shining new MDR-1000X, and these were pretty much on par with the Bose QC35 cans, but with a slight difference: auto optimisation.

A curious technology, this appears to be almost a form of intelligent analysis for headphones, and when you press the noise cancellation button for a second or two, Sony kicks in some self tests with sounds and outside noise sampling to create an optimised and balanced noise cancellation mode.

At this point, the “on-par” performance of the MDR-1000X to the Bose QC35 headphones stepped it up a notch, subtle as it was: the noise became just a tad bit quelled, as Sony looked beyond the standard frequencies for noise cancellation and did a little more leg work.

It’s not the first time this reviewer has seen multi-spectrum noise cancellation, as Audio Technica’s ANC9 headphones have offered three individual modes for cutting out different spectrums for quite some time, while Parrot’s Zik 2 and Zik 3 headphones have featured constant monitoring of the cancellation outside.

This is, however, we’ve seen both concepts put together, and Sony’s MDR-1000X does quite a solid job of it all the same. 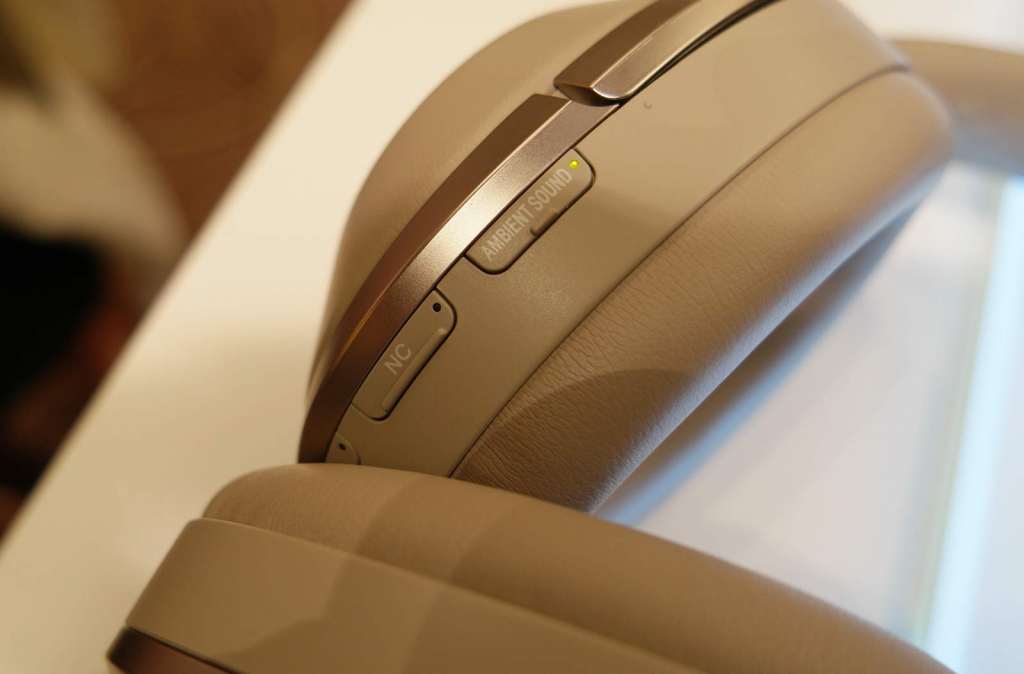 What Sony is also bringing is a rather curious “Ambient” mode, and when you press this button, noise cancellation stays on, but higher pitched treble voices such as announcements can still be heard, filtered through.

The logic with this mode is that you might be sitting in an airport or train station and still want to listen to the announcements as you listen to your music, which ambient mode definitely plays to.

There’s even a slight degree of touch control here, because regardless of what mode you’re in, if you decide you want to listen to the outside world and stop the noise cancellation, you merely hold your hand against your right ear cup, a gesture that temporarily cuts out the cancellation and lets you hear the world.

It’s a cute feature Sony has called “Quick Attention”, and one that even feels like a subtle nod to the music world, when musicians cup their ears to hear more of the stage and what they sound like. 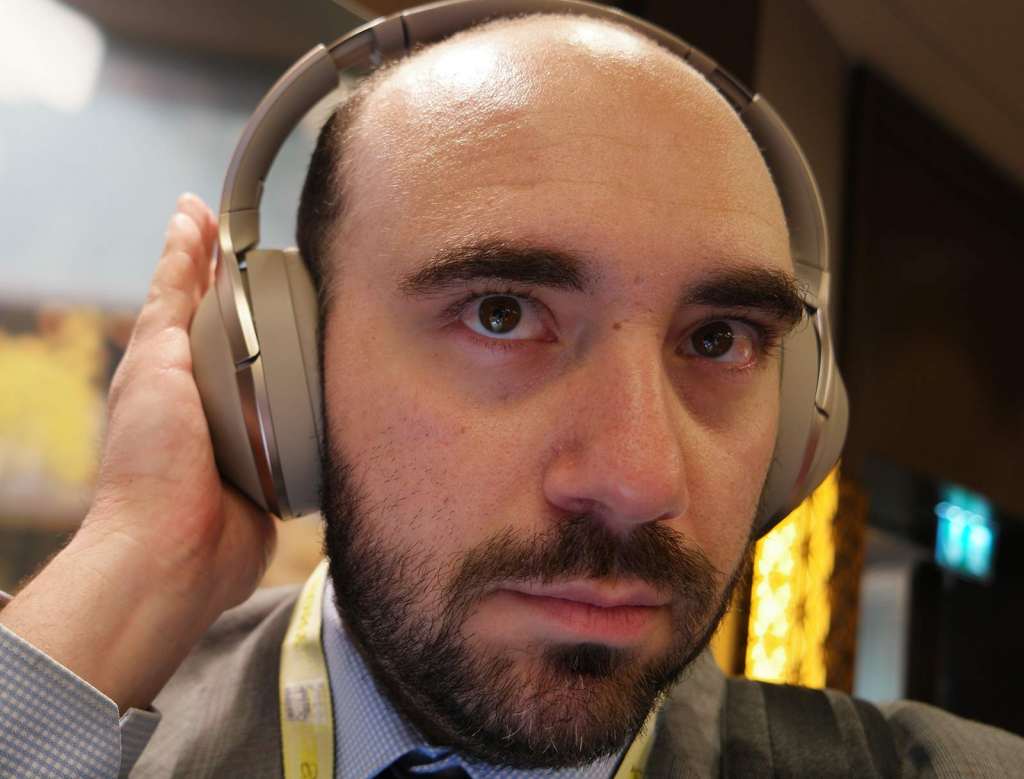 And beyond this feature, the quality is quite good too in music, with crisp sound, a fairly solid space, and audio that was again about on par with the better noise cancelling cans we’ve heard.

We’ll need to take them on for a real audition, but it’s pretty clear Sony’s MDR-1000X are a nice little pair of ANC headphones, especially when paired with a rechargeable battery offering up to 20 hours when noise cancellation is on and 22 when the feature is off.

That makes the Australian price so hard to adapt to, because at $699.95, it’s clear Sony is targeting Beats pricing, a move which from this journo’s opinion Sony could easily combat, though might take some beating from Bose, especially with the QuietComfort 35 headphones fetching a recommended retail price some $200 lower at $499.95.

You’ll find these in October, when it appears the premium noise cancellation headphone wars will begin, it seems. 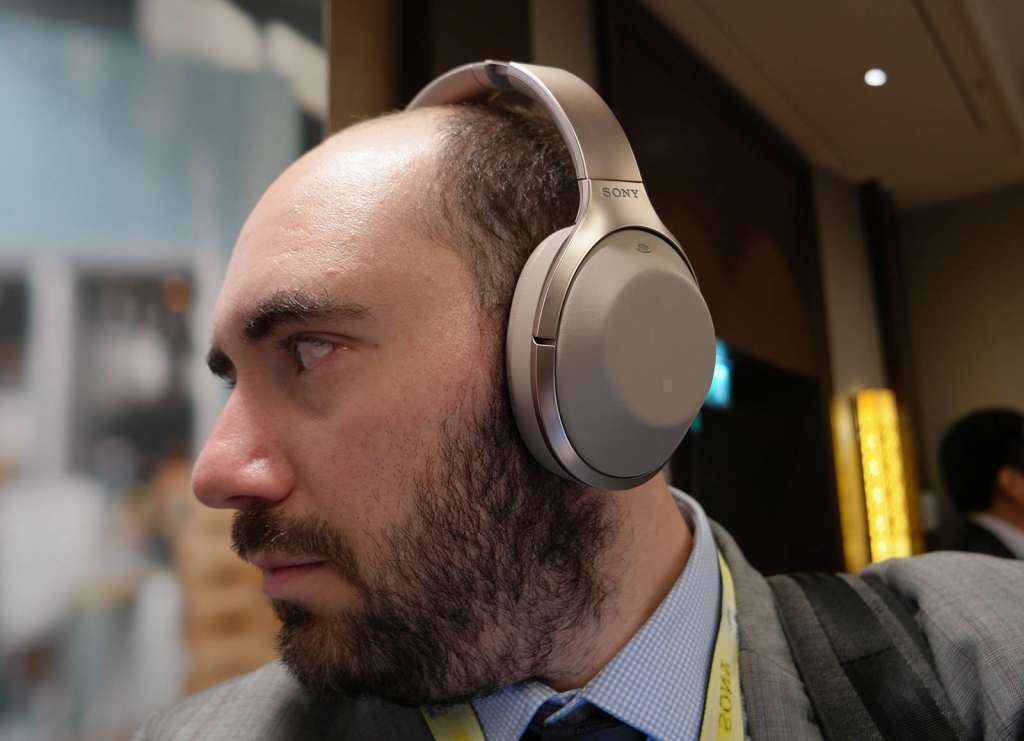