Did you leave your holiday shopping until the last minute? No worries, because we have some ideas, complete with places to find them.

With only a couple of days left until the big day, you might have left your shopping down to the 11th hour, and we wouldn’t blame you. This year has been weird, and that’s putting it mildly, throwing out priorities left, right and centre. Buying gifts for friends and family might have taken a backseat, and if you’ve left it until now, it’s totally not a shock whatsoever.

But if you need a hand in an idea, as well as a place or two you can find things, that’s where Pickr’s Last Minute Gift Guide comes in. It’s something we’ve been doing for a few years now, offering it in 2018 and again in 2019, and now 2020, as we get ready to close out the crazy year that this was.

So if you need to find something for someone and you only have today and tomorrow, what are some last minute options?

Health-related gadgets are a neat little gift idea, even in a last minute guide, because they can not only provide a little push to get healthy, but a handy way to keep track of the day, or something else. 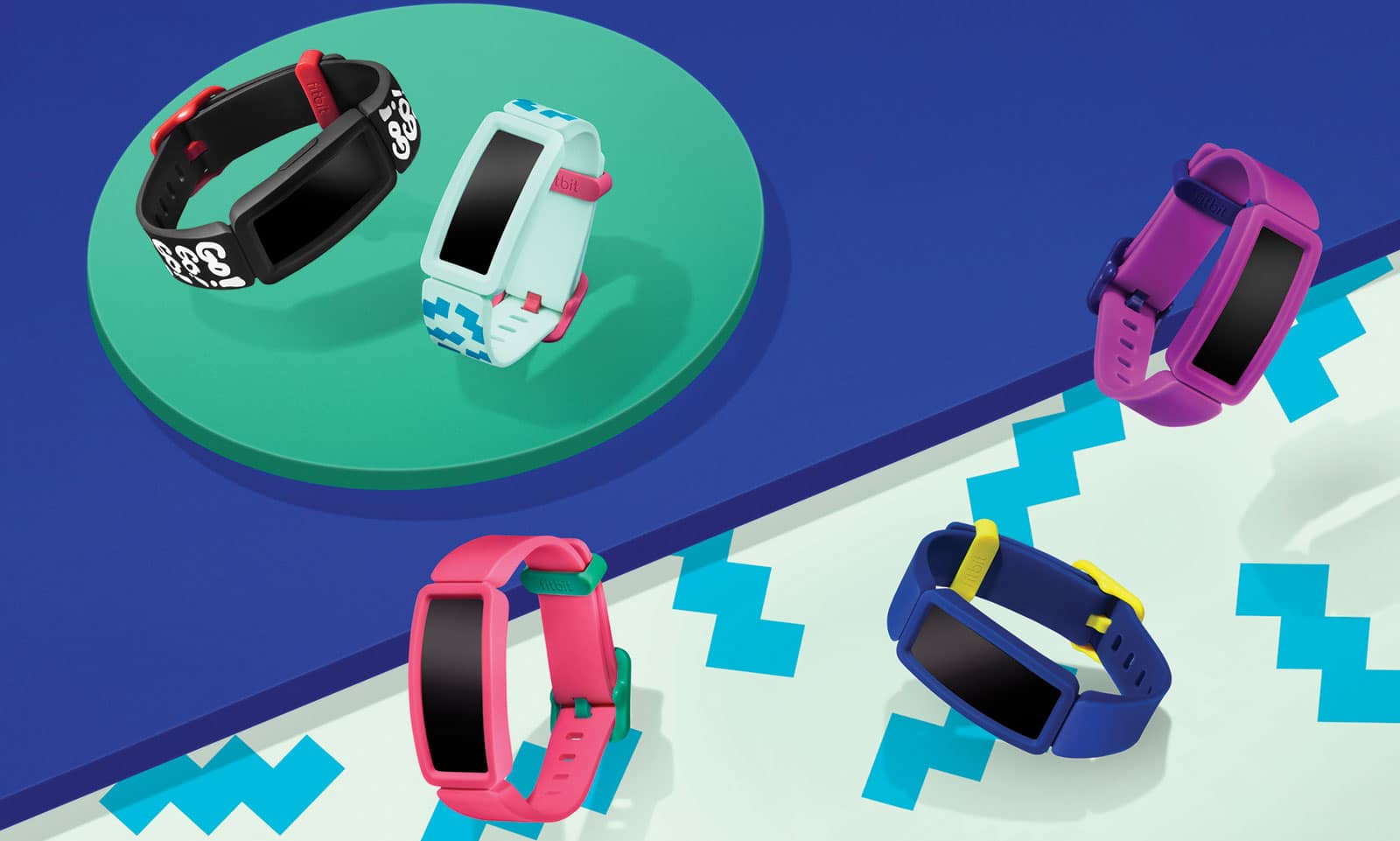 If you’re keen to give a Fitbit to your kids, but aren’t sure what to get, there’s actually a Fitbit for kids, arriving in the Ace 2.

There’s a good five days of battery life and a gamification approach to activities here, and if you look around, you’ll find places like Officeworks and Domayne seem to have the best prices on this wearable. 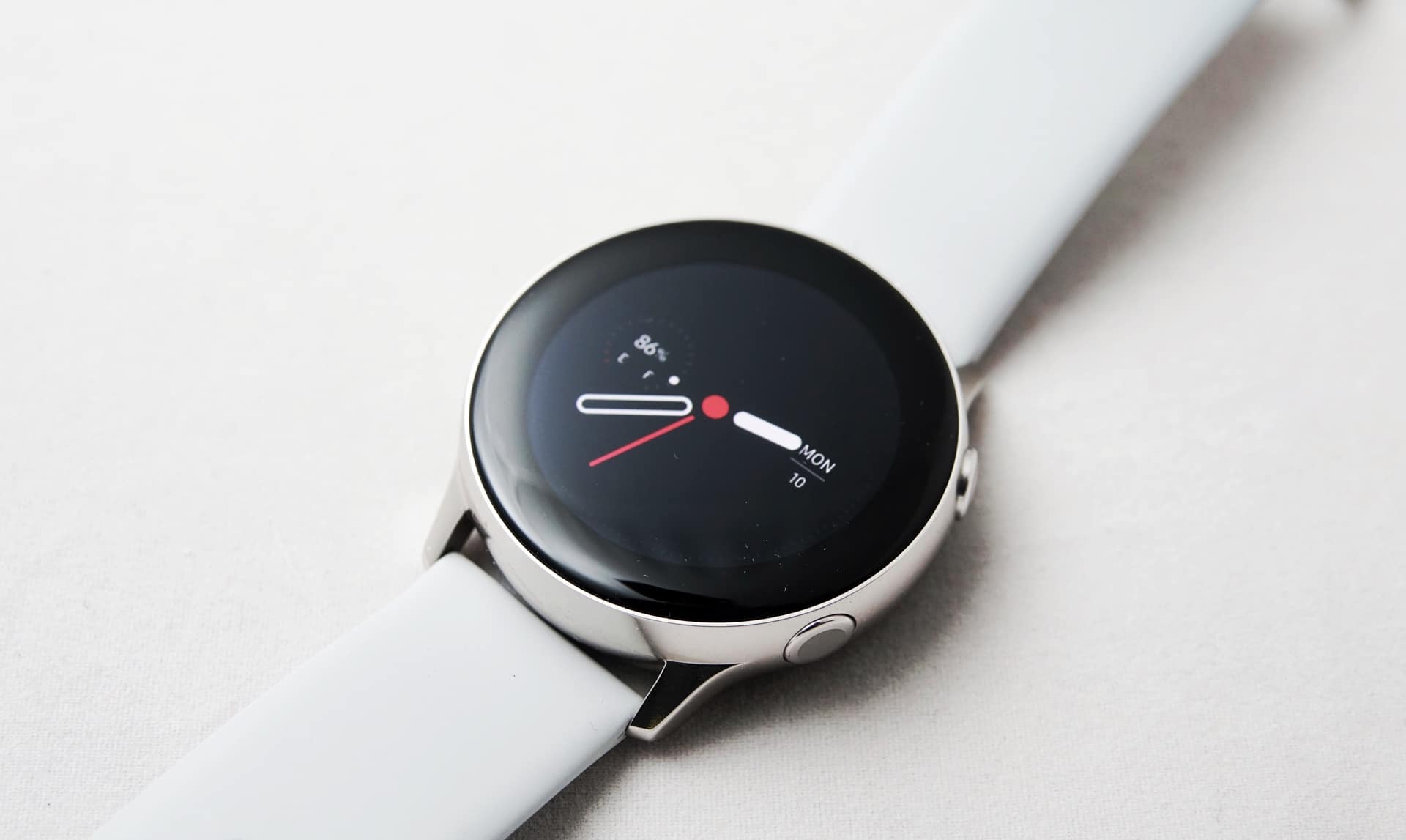 Samsung may well have made a sequel for the full-touchscreen Galaxy Watch Active, but the original isn’t bad still, and offers a touchscreen smartwatch that works on both Android and iPhone, delivering a solid experience for both.

We found Officeworks offered the best price for this one provided you didn’t mind it in rose gold, though look around and you can find it in other colours at JB HiFi and other places.

Phones and tablets are another easy solution for the last minute gifts, though be aware, not everything is particularly cost-friendly, and there’s no such thing as a “cheap iPhone”, though it does help to have someone look for you. 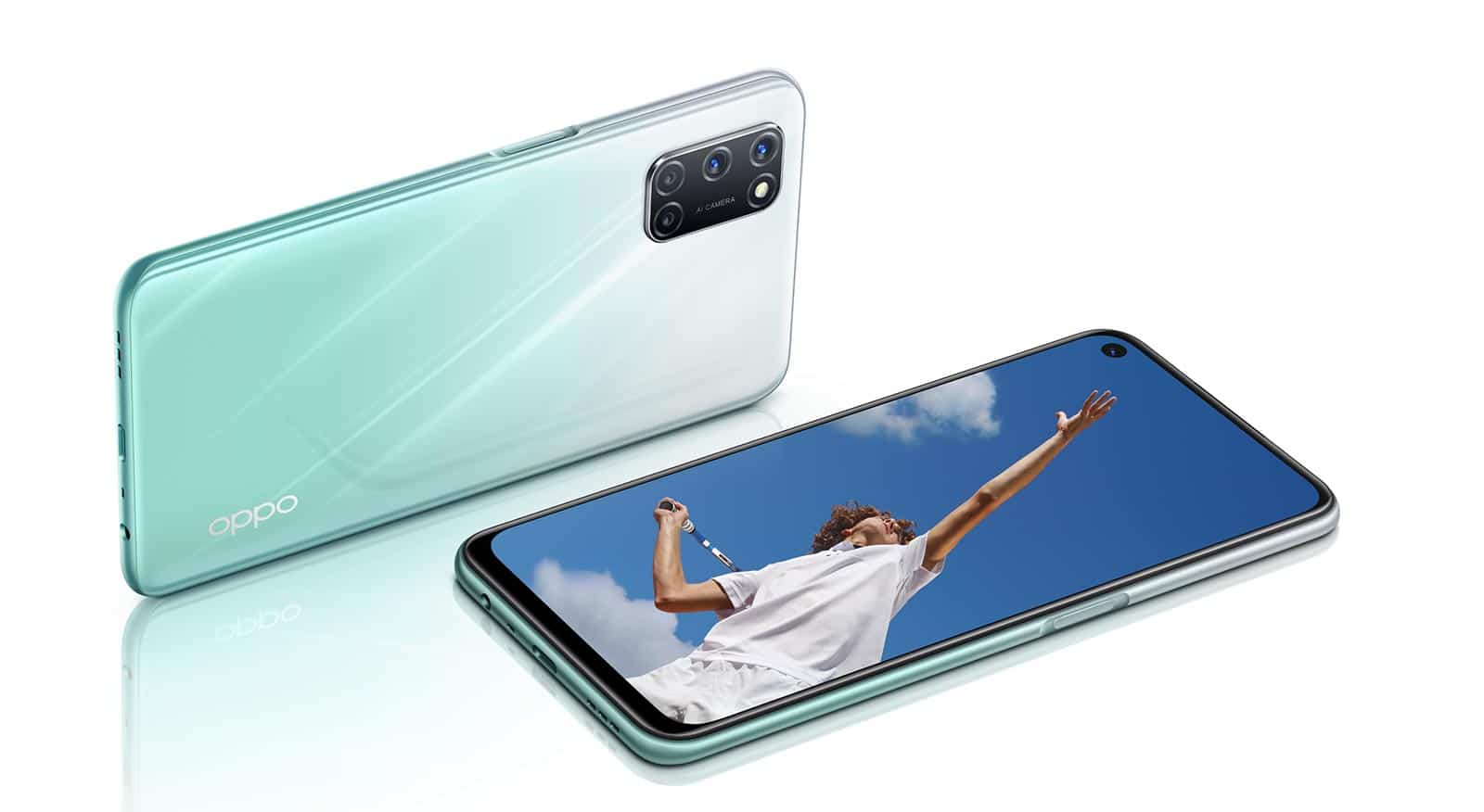 Oppo has consistently shown you may not need to spend a lot to get a feature packed phone, and the A52 could well be another example of it. There’s a big 6.4 inch screen, 64GB storage, four cameras, and a big 5000mAh battery underneath it all, with Android in a friendly little package.

You’ll find this one for around $247 at Officeworks and two bucks more at JB HiFi, making it a neat little entry-level choice for a smartphone today.

Samsung Galaxy Tablet A 10.1 for Kids 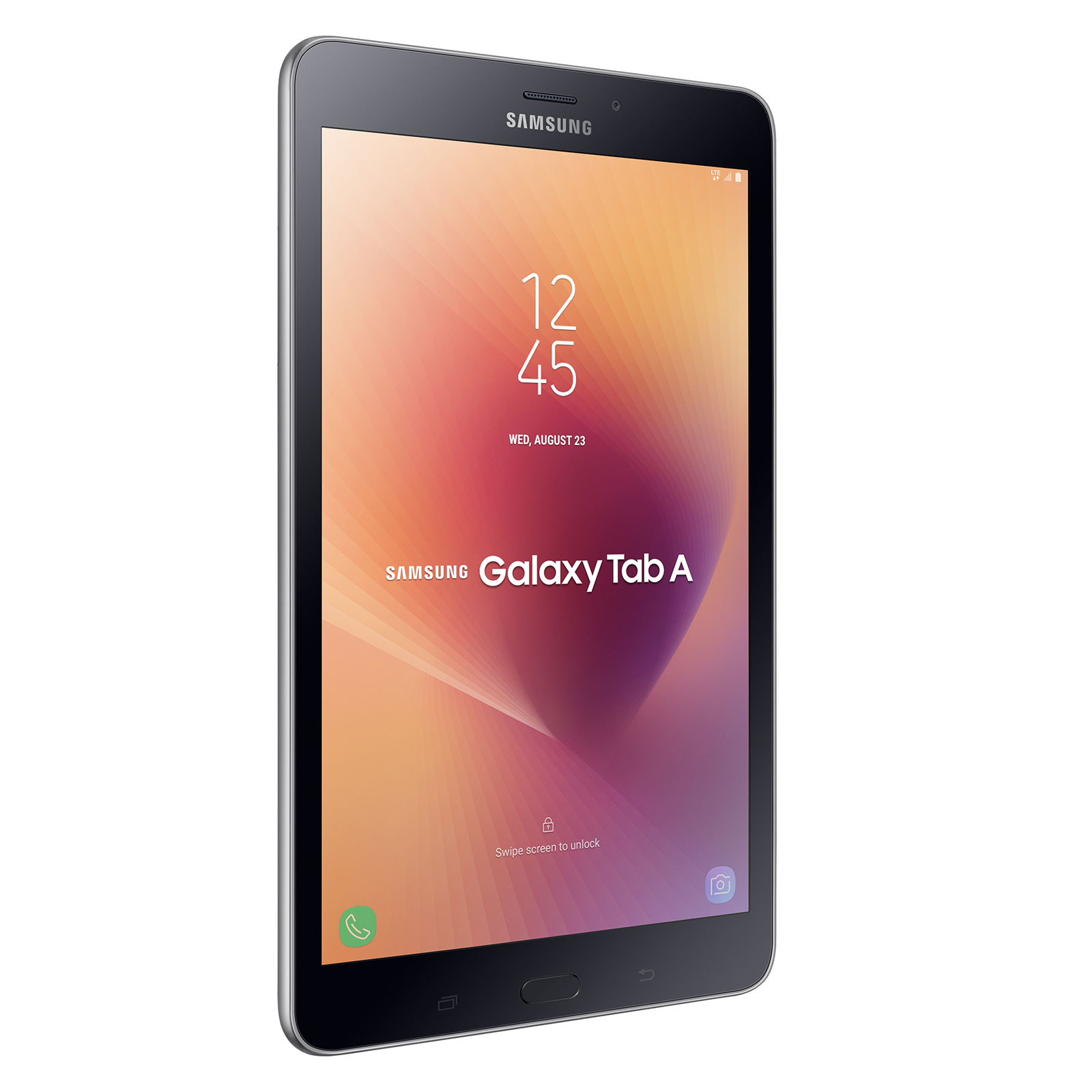 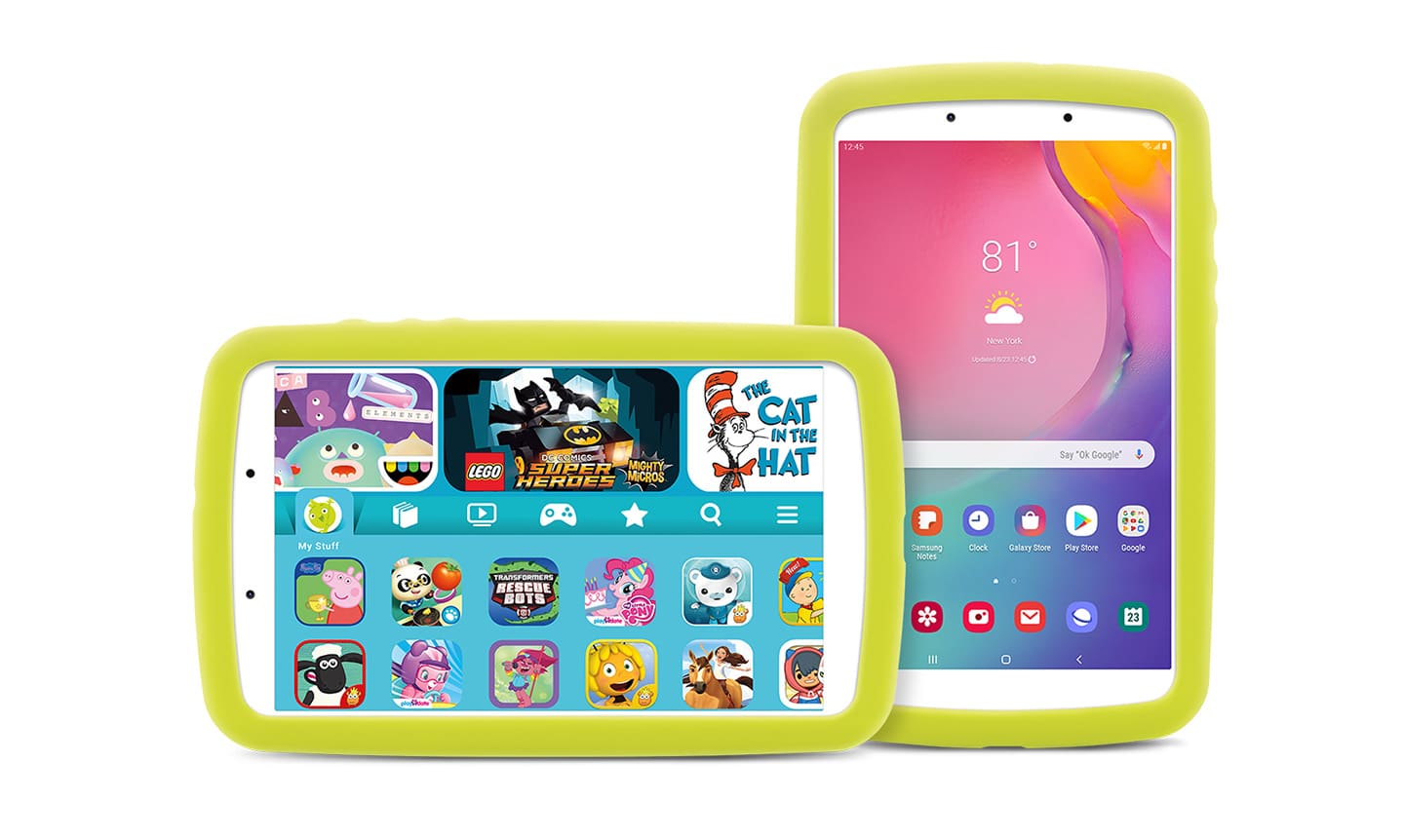 There’s no such thing as a cheap iPad, but the Galaxy Tablet A 10.1 for kids does bring a somewhat inexpensive tablet for kids encased in a plastic bumper and with a pair of headphones for under $300. Granted, it’s last year’s model, but still likely to be decent, providing a similar size to the previous 10 inch tablets Samsung has made, but focused on kids.

We found this one at Big W for just under $300, though it may be found at other places if you look around. 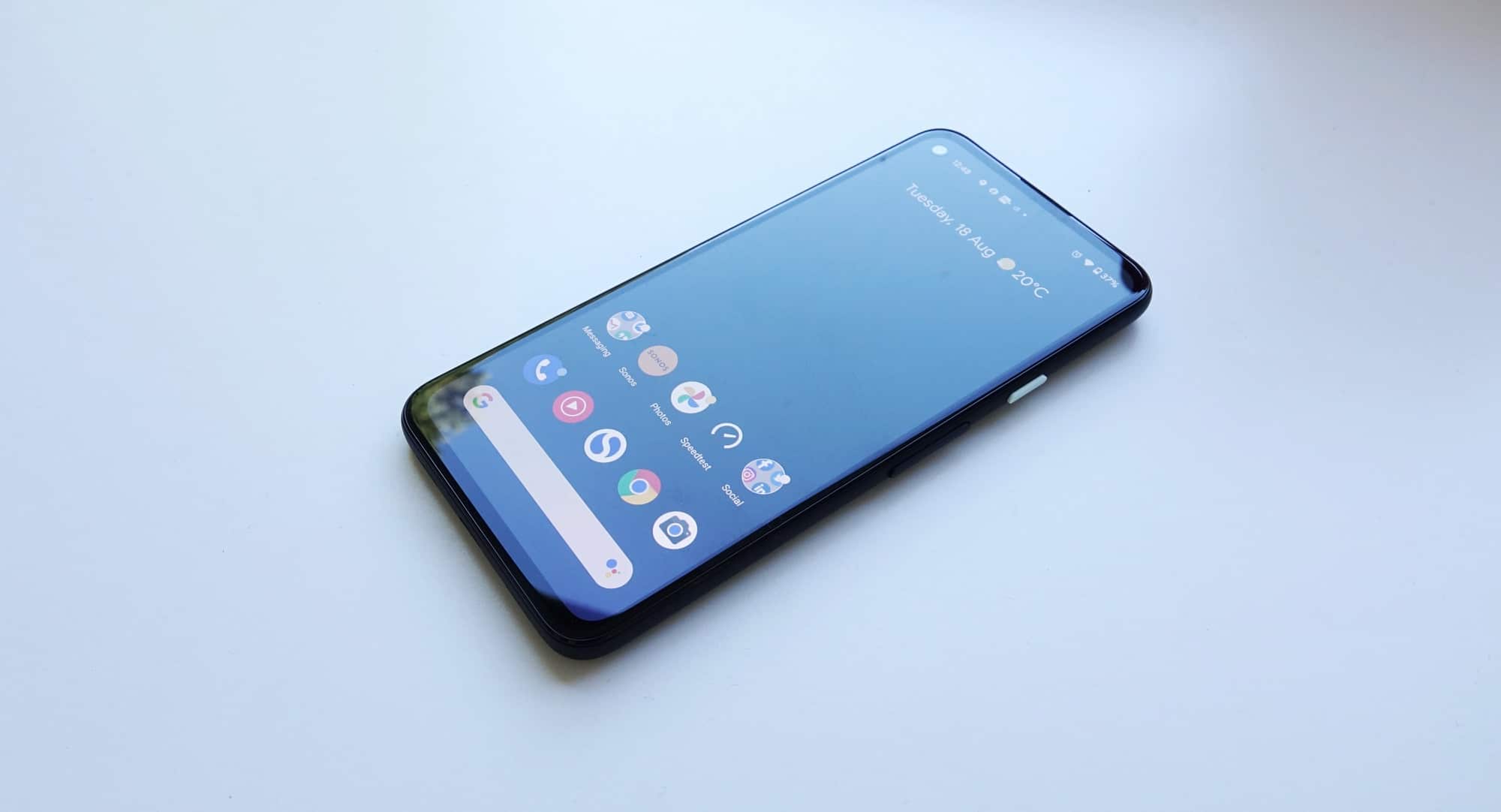 Easily one of the year’s best phones, the Pixel 4a delivers a hand-friendly smartphone with a stunningly good value and an excellent camera, following on from last year’s Pixel 3a nicely.

At a hair under $600, the Pixel 4a is a tremendously great choice for someone who wants an Android phone, and for someone who doesn’t want to spend a fortune. You can find this one about the place, with Officeworks, JB HiFi, and Harvey Norman all appearing to be mostly aligned in pricing. 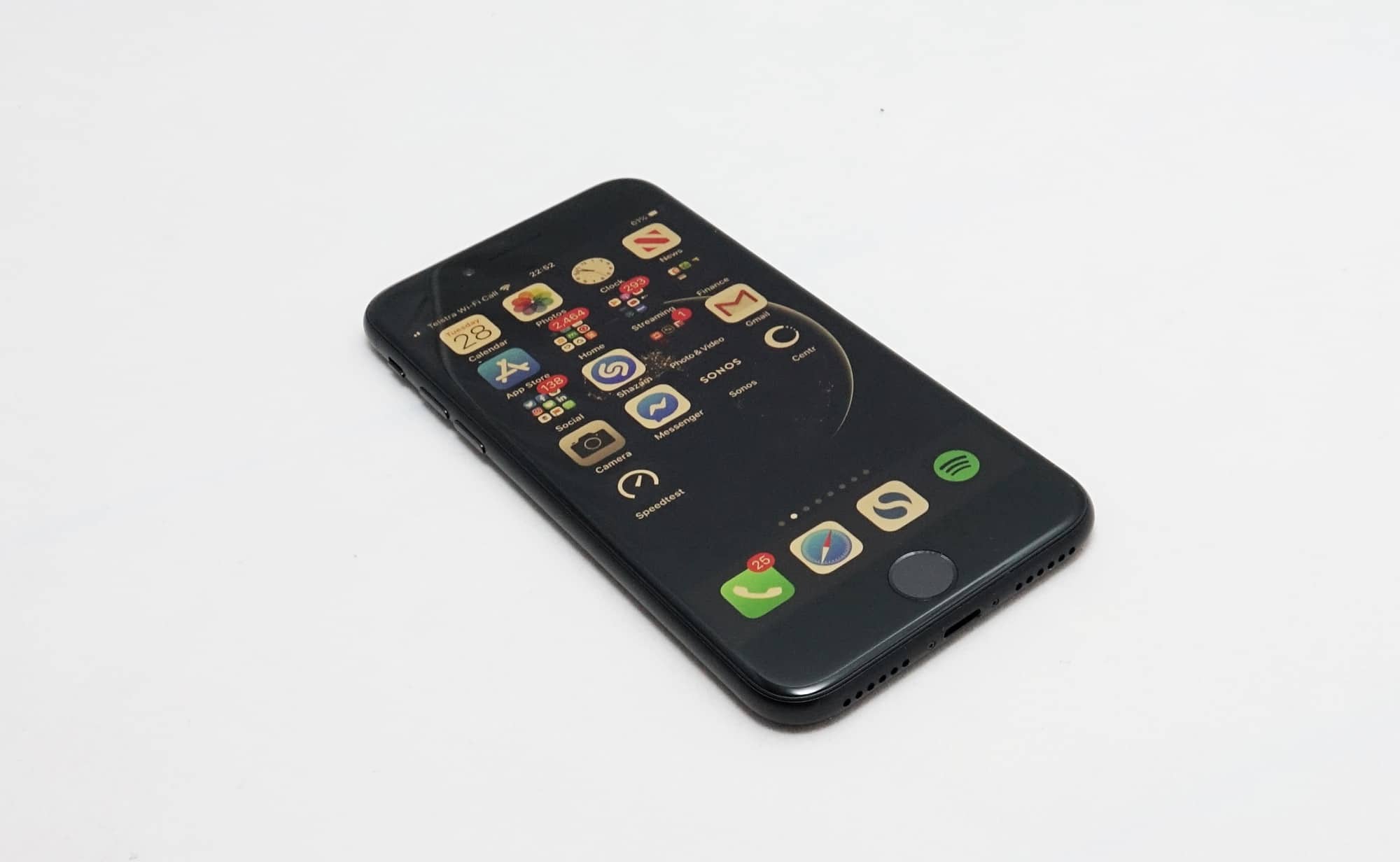 It’s next to impossible to find a “cheap iPhone”, as they typically don’t move in price, but this year’s value-driven iPhone is the reinvented iPhone SE, and that’s seeing a little bit of movement for the holidays.

Look around and you’ll find an iPhone SE for around $648 at Officeworks, which is a small drop, but a drop in price all the same, handy if you told yourself you were going to get an iPhone for someone at Christmas, and didn’t want to compromise on that promise. In fact, if you don’t mind locking someone to Vodafone, you can even save a few bucks and get a Vodafone version for a little under $600, too.

Headphones and speakers make for an easy solution when it comes time to buy something for the holidays in a pinch, because everyone loves music and sound in some way, and there are plenty of great gadgets out there that can help with that and can be found easily. 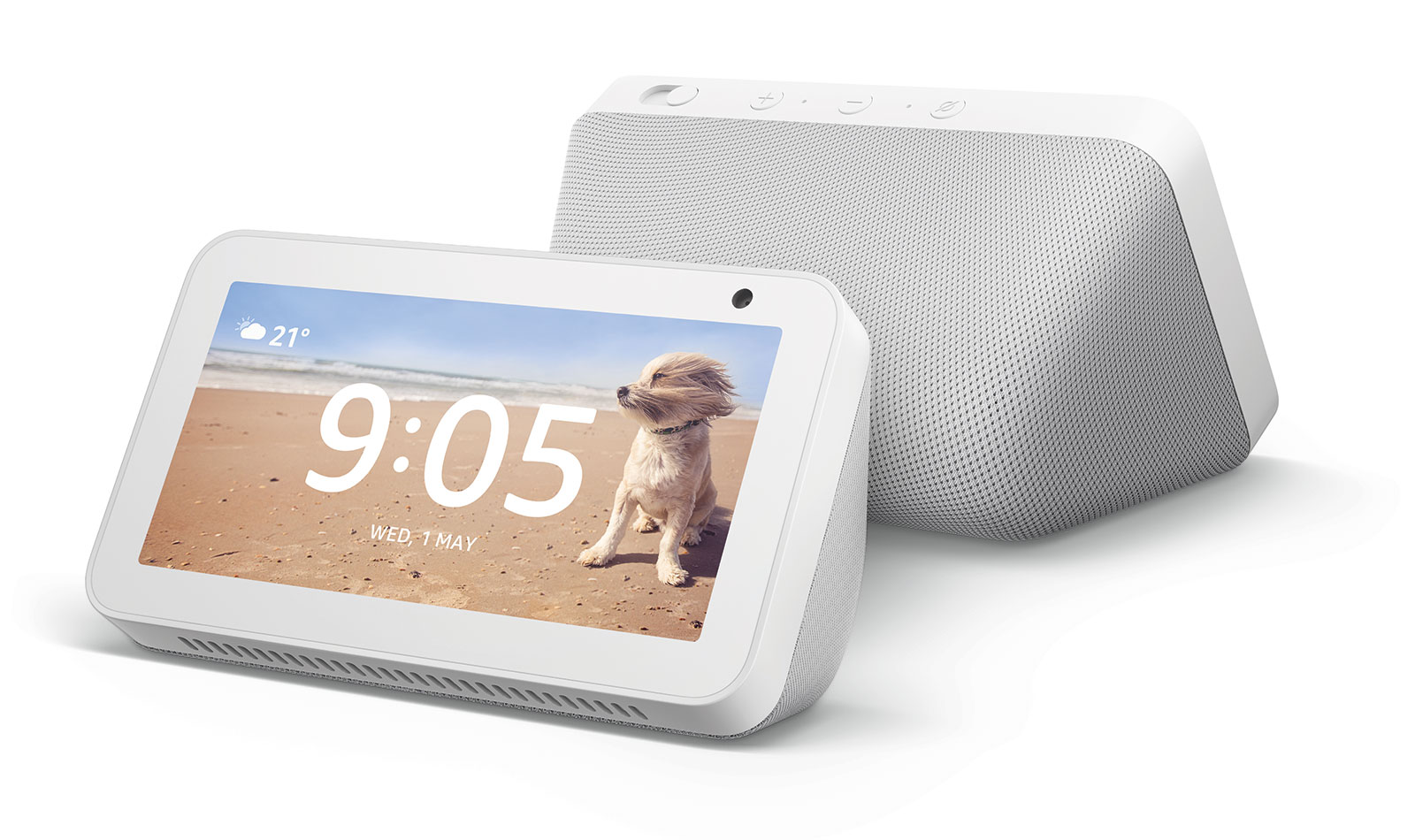 There are lots of smart speakers and a few smart displays, but Amazon has dropped the price of its 5 inch speaker and smart display in recent months, and it can be found at stores around the place.

While Amazon seems the 5.5 inch Echo Show 5, complete with a small video camera, Big W, Bunnings, JB HiFi, and Officeworks are all places selling the 5 inch smart display for just under $50 this year. 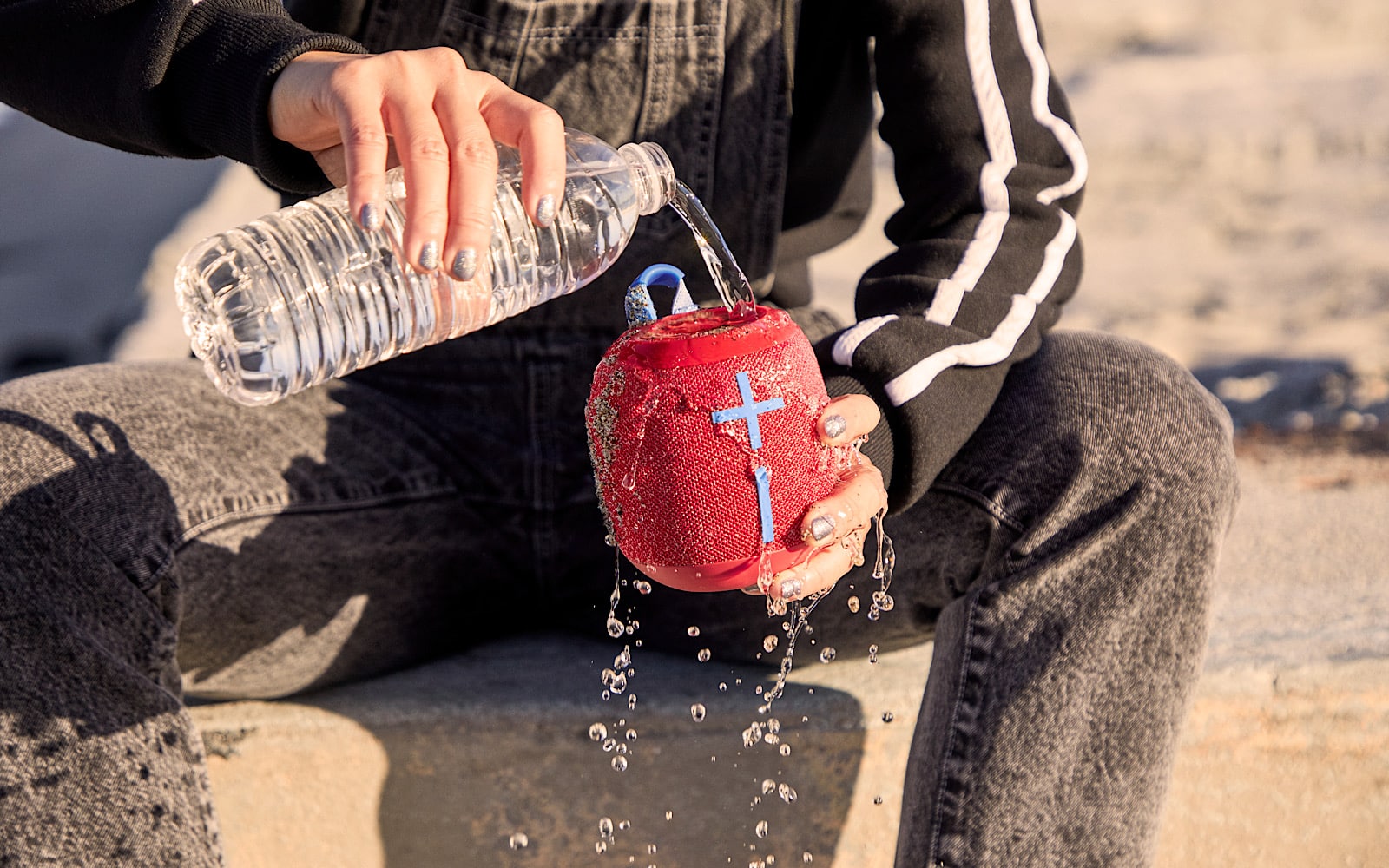 An easy one to find anywhere, UE’s take on a pint-sized speaker in the Wonderboom 2 still packs a lot of punch, and does it in a summer-friendly water resistant package, and one you can throw into a bag or tie to the outside of one easily.

There’s no particular price that stands out over the others — we’ve seen a difference of a dollar or two here — but it’s fairly easy to find, and a friendly looking speaker available at most places, including Officeworks, Target, Domayne, and JB HiFi, to name a few. 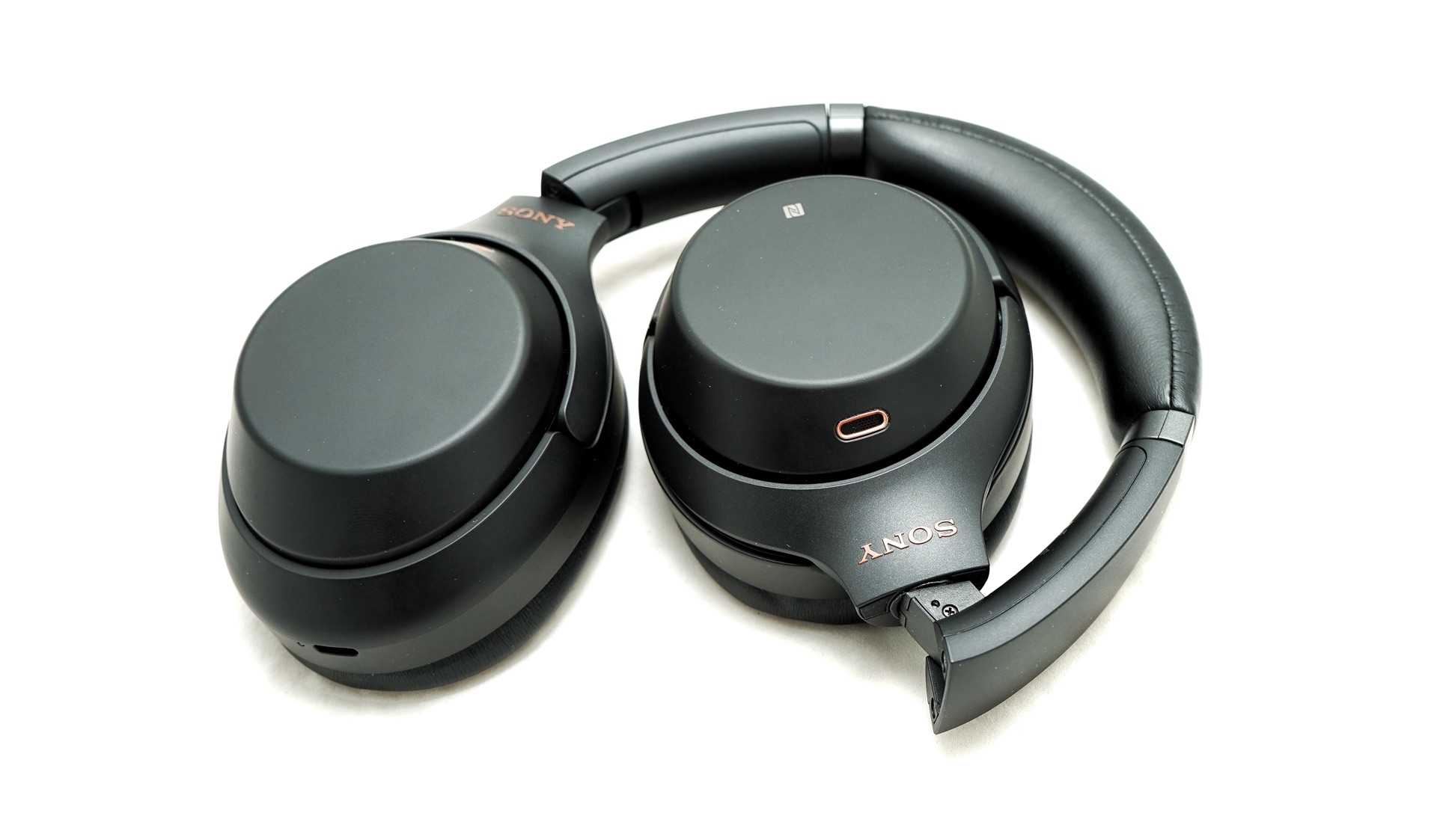 One of the best pairs of headphones still to date, and a winner of our best headphones award across both 2018 and 2019, the Sony WH-1000XM3 are a fantastic pair of headphones worthy of anyone’s head, and one that has gone into discount this year.

There’s a new model — the XM4 — and that has seen the price begin to fall on the XM3, which is still a seriously solid pair of headphones. We found them at Officeworks for $299, which is a startlingly good price for a tremendously awesome pair of headphones, though you should be able to find the XM3 are most electronic stores across Australia. 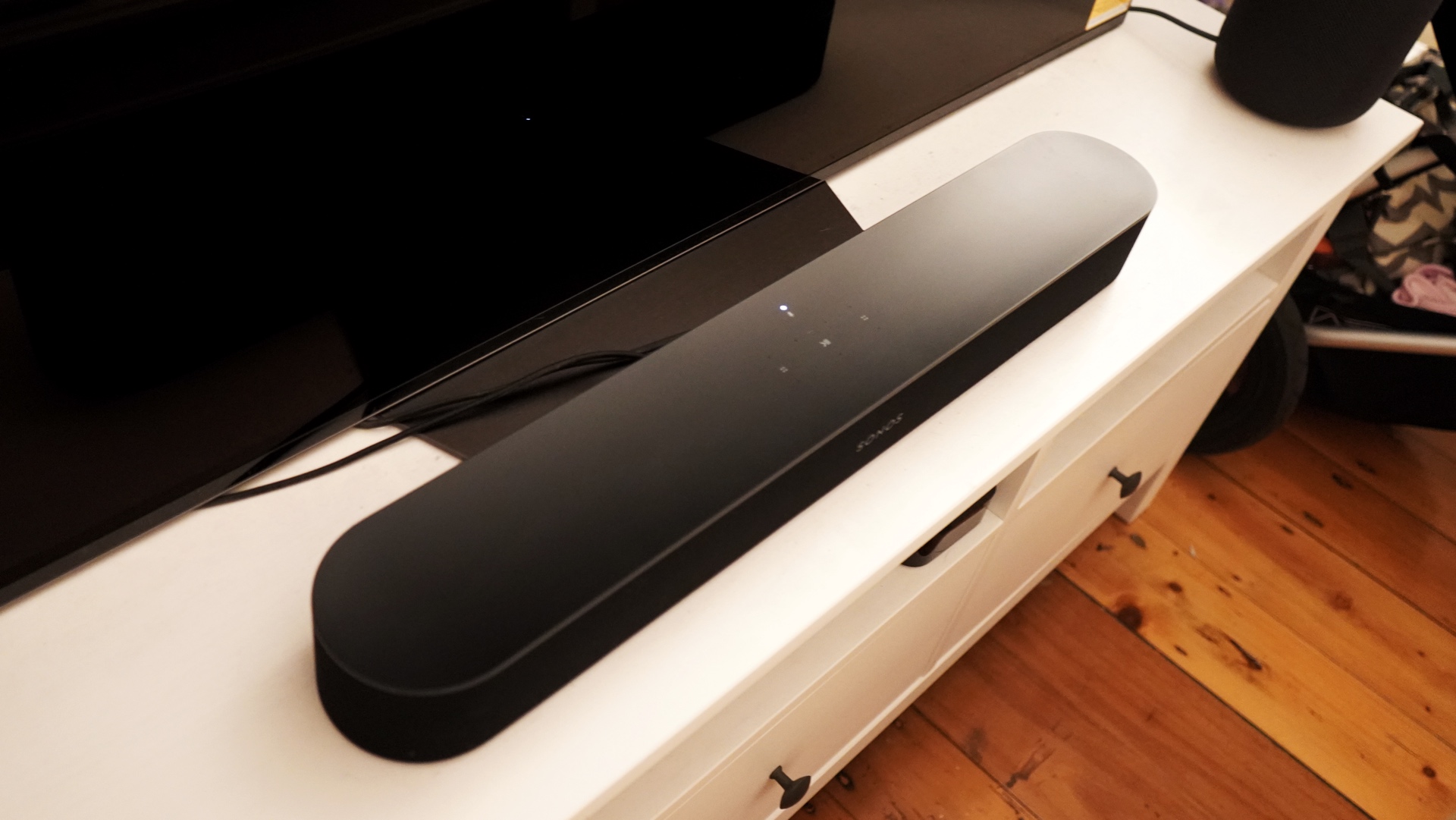 A year old but still excellent, the Sonos Beam provides a starter soundbar for a home theatre, delivering a solid impact in a small space.

This one has seen a price drop in time for the holidays, priced from $495 at The Good Guys and a little more from JB HiFi and Myer, though you may be able to get it down a little more depending on where you look.

Buying a TV tends to be a pretty serious spend at the best of times, but buying one for Christmas typically means bringing a big car, truck, or trailer, because if you want it delivered by the day for someone to open, you’re going to need to move it yourself.

If you can muscle up the delivery power yourself, you may yet find the odd deal to help out, though, especially if you look around. 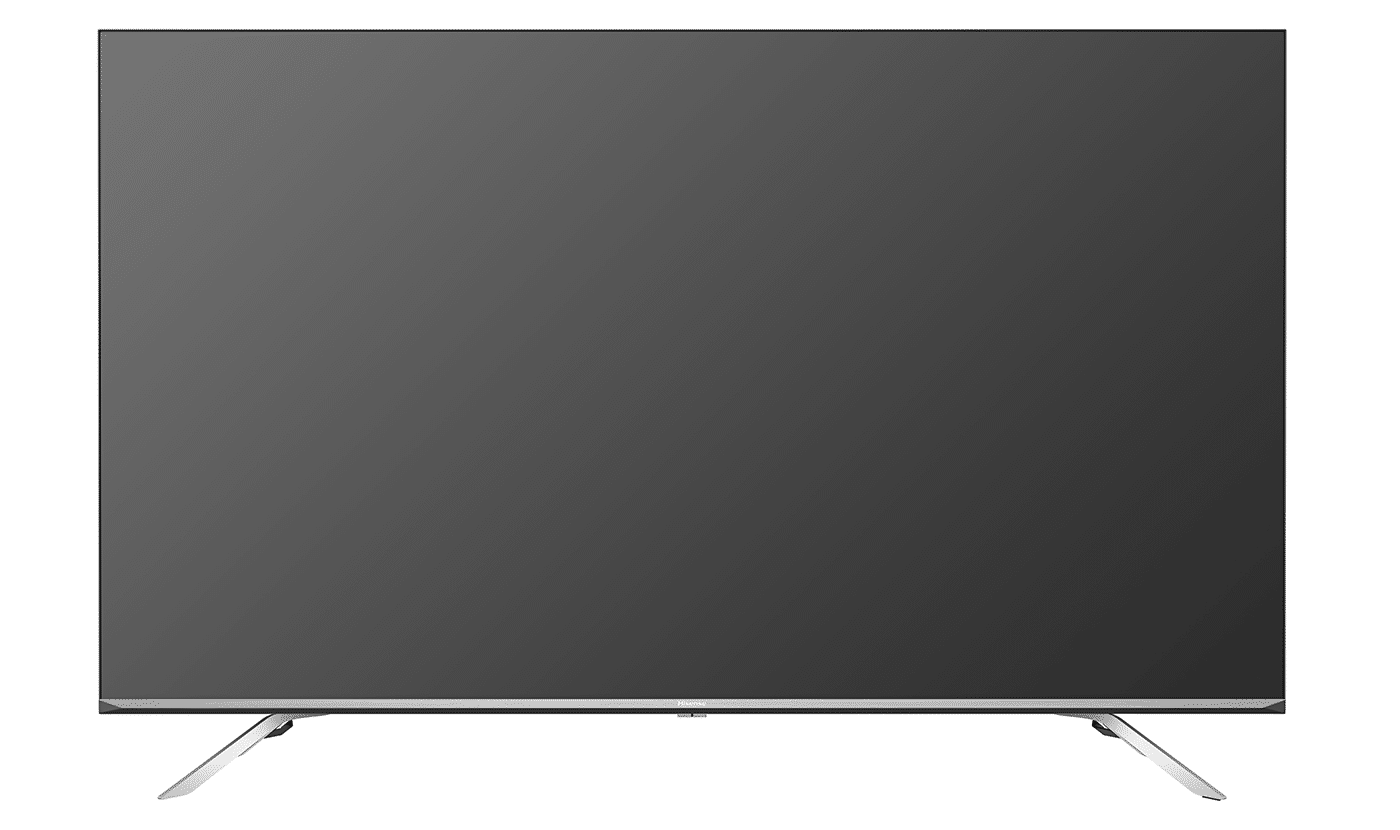 Hisense’s take on a 4K TV proves the area doesn’t need to be exy, and gets a 50 inch size down to below $700 if you look around, something we saw at JB HiFi, Bing Lee, The Good Guys, and Harvey Norman, to name a few.

You’ll find support for HDR in this TV, as well as compatibility for smart assistants including Amazon and Google, and four HDMI ports here. 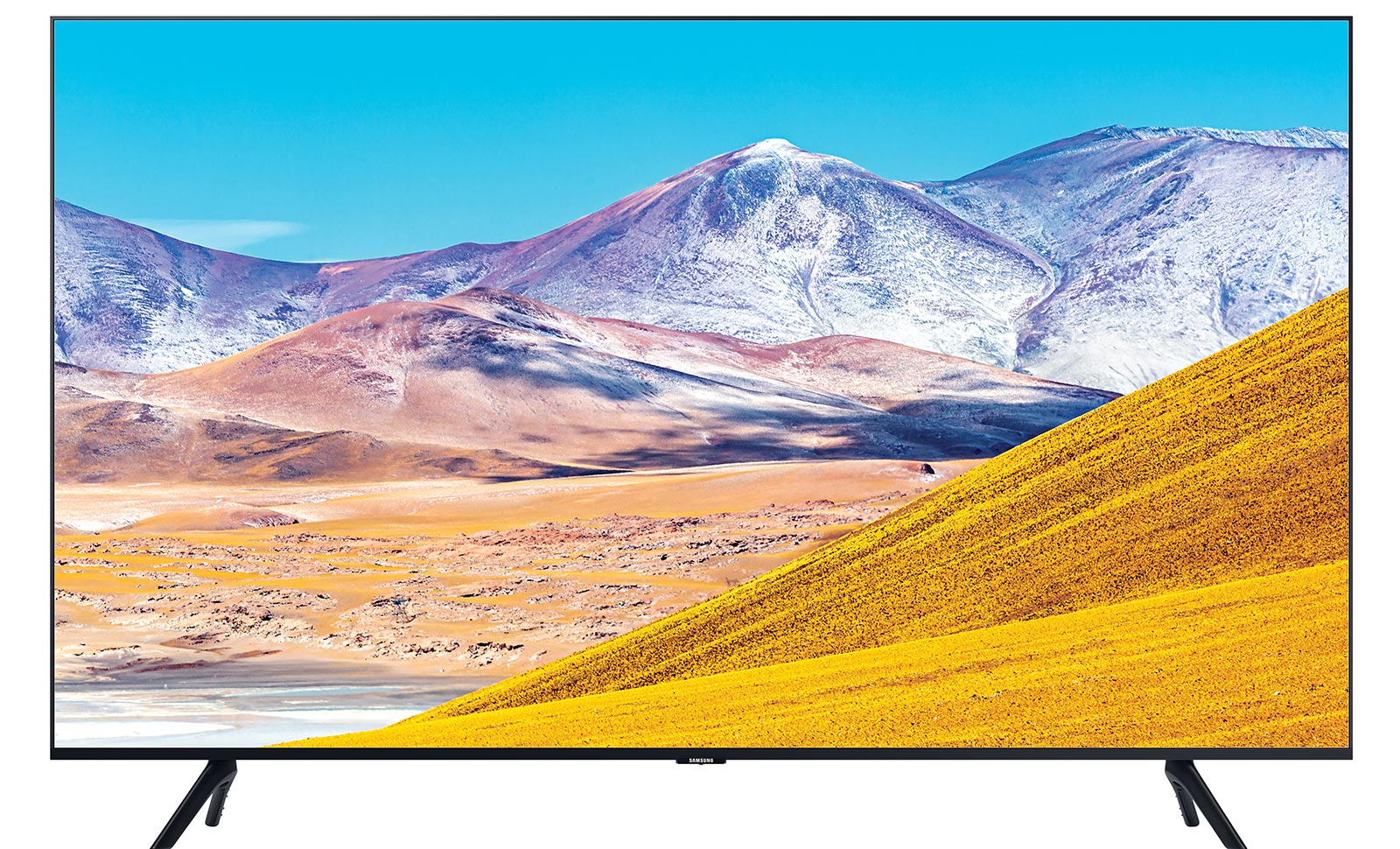 Samsung’s mid-range 4K TV series is the TU range this year, and with TVs being bigger than ever, the 75 inch is now below $2K, down from the $2500 price Samsung initially set for this thing. While you won’t get quantum dots, you will get a big 4K picture capable of delivering a huge visual for the new year.

You shouldn’t have any problems finding it for the $1795 price tag, either. Look around, and you’ll find it at The Good Guys, JB HiFi, Harvey Norman, Domayne, and Betta, to name a few. 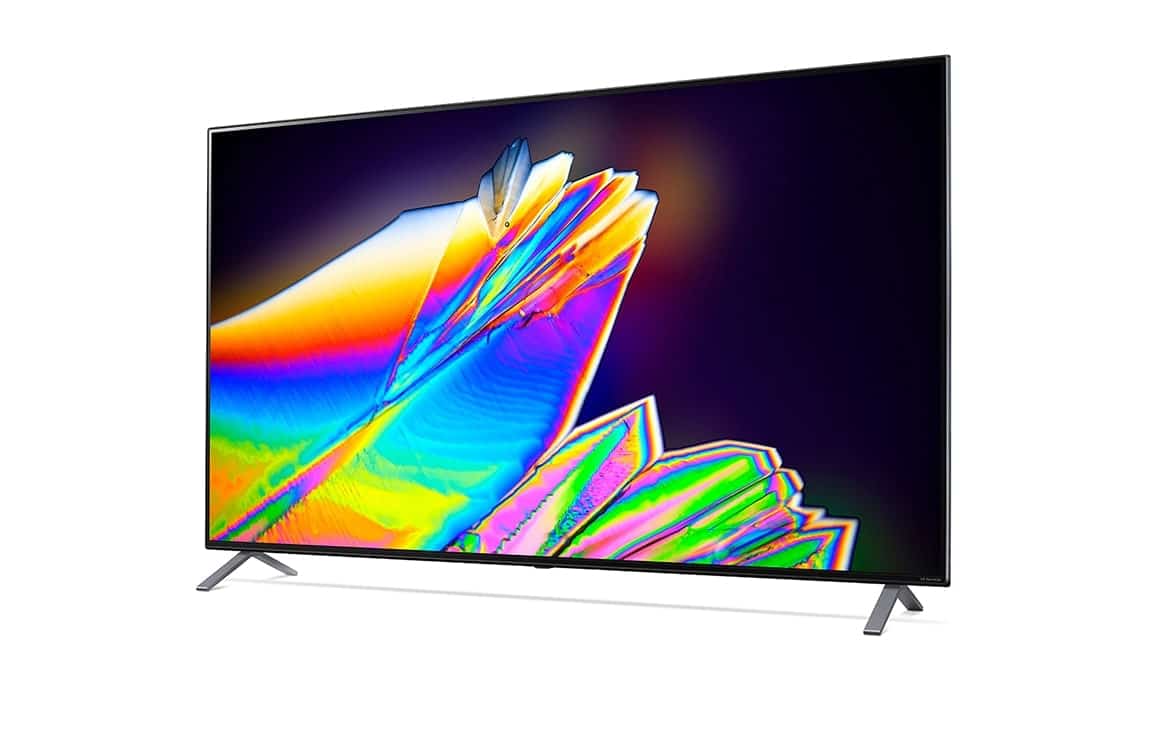 Looking to jump on the 8K bandwagon a little earlier, even before there’s an abundance of 8K content (of which there’s not much right now)?

8K TVs are dropping in price a little over the holiday season, ahead of what will likely be new models in the coming months, and if you look around, you can find LG’s models for between $500 and $700 off in the LED-backlit variety, something we found at The Good Guys, Bing Lee, and Harvey Norman, to name a few. 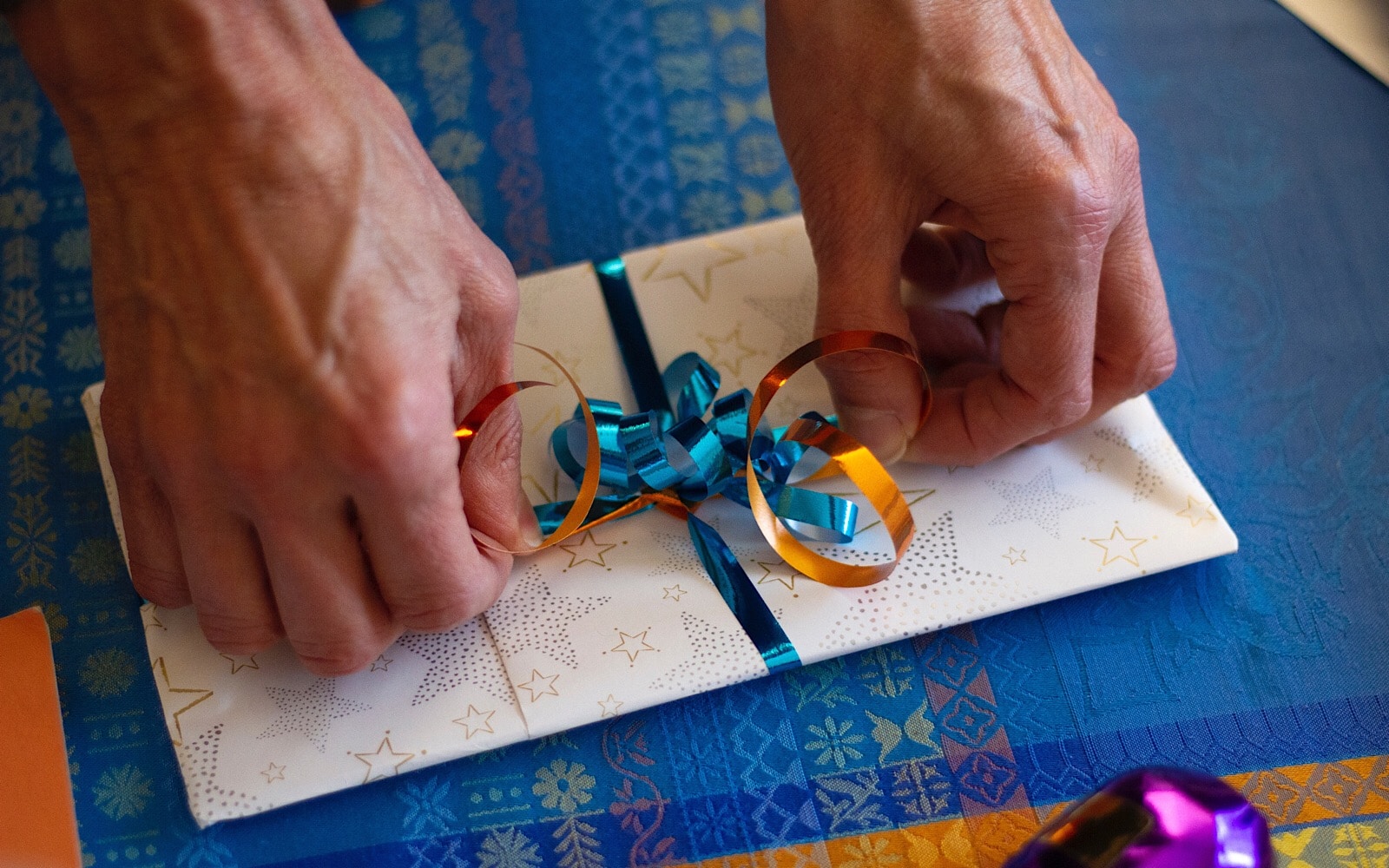 And finally, there’s the always reliable gift card, of which you can find for nearly any and every service, and of course numerous stores, too.

While it might seem a touch impersonal, gift cards do offer people the ability to choose, which means the only question you have to contend with is what you’re essentially buying and how much you’re spending.

Gift cards are available everywhere in Australia, from Coles, Woolworths, JB HiFi, Apple, The Good Guys, Kmart, Big W, Officeworks, newsagents, and pretty much anywhere that happens to sell anything.