Belkin’s latest pair of truly wireless in-ears bring noise cancellation and a little extra. Does the Soundform Immerse truly deliver, or is it an immense waste of time?

A pair of earphones from Belkin that aims to deliver more than your typical pair, the Soundform Immense are sizeable not just because they’re Belkin’s priciest pair yet, but also because they’re a little thicker, too.

Built as earphones without the stem, these aren’t your regular AirPods competitor, taking cues more from the stem-less buds you see about the place. 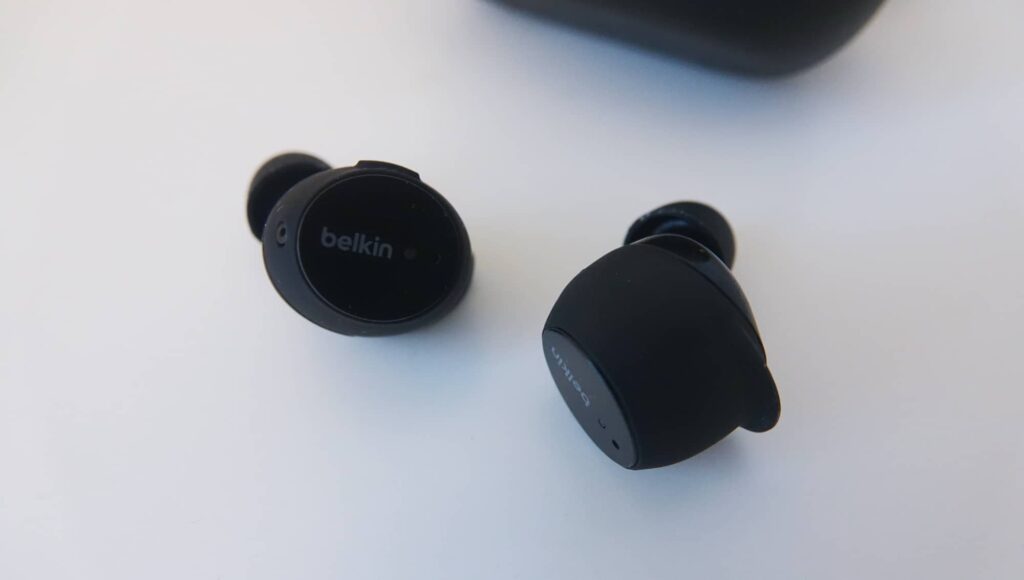 The design is simple, with a fairly thick body that’ll rest in your ears, helped by a small ear wing that can nestle in the folds of your ear while a choice of small, medium, or large tips leans in. The ear wing is a bit of a help given the size of the Immerse earphones, but either way, they’re not uncomfortable, and the size makes sense given what’s inside.

They come with 12mm drivers per ear and support aptX audio, plus offer a decent 7 hours of battery life with 24 more in the case, though Belkin’s contribution to the ANC world isn’t just for “another pair of ANC earphones”, or not entirely. They come with features not every pair gets, at least not every pair that isn’t made by Apple or Beats.

Currently Apple and Beats earphones and headphones offer support for Apple’s “Find My” network, which lets you find things using the iCloud, much like Apple AirTags, and of course an iPhone. However, this tech doesn’t usually go beyond gear made by Apple, though Belkin does support it in some devices, and the Soundform Immerse is one of them.

Link a pair up to your iCloud account, and much like a pair of AirPods or AirPods Pro, they’ll be able to be found if they’re lost. Or at least their last location should be, provided there are enough iPhones around bouncing signals as they do.

It’s one of the extra features of the Belkin Soundform Immerse, alongside IPX5 water resistance (also known as sweat resistance and for use in light rain), a Belkin “ping my earbuds” feature to find them in your own home, and support for Google Fast Pair to let Android devices connect to the earphones quickly and easily. 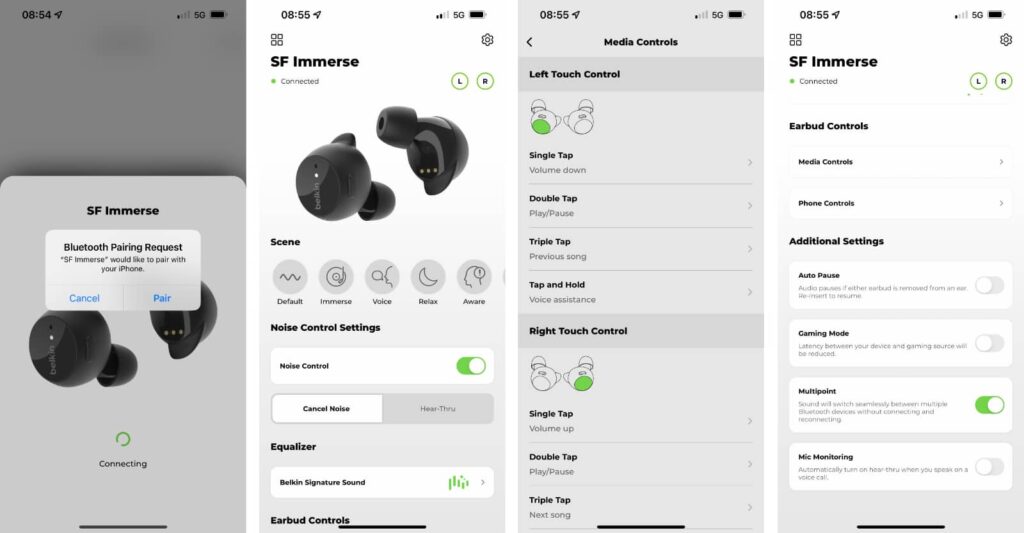 The earphones also use a large panel where the “Belkin” logo is as their controller, and while it’s without tactile feeling, you really just need to tap it once, twice, or three times to do something. Volume control is tapping once, play and pause is tapping twice, and song control for skipping or rewinding is tapping three times.

And hey, there’s also an app, something that surprised us, largely because Belkin isn’t known for apps on its earphones, but welcome all the same. You’ll find custom settings and scenes, a multipoint setting, and even a low-latency gaming mode trigger.

All that’s needed is to actually get stuck in and listen to your music.

Tested with the Pickr Sound Test, as we do so often (and you can do yourself), we found a fairly balanced sound with a little more warmth than expected, provided you leave the settings in the app as they are.

In the electronic tracks we tried, there’s a reasonable hit of bass and sub-bass, some of the earth shaking sounds not lost to the fuzz, while the rest of the sound range is clear and detailed, with a more than acceptable rendition and soundstage.

Move to pop and rock, and you can definitely hear your music clearly, even if the sound doesn’t offer too much in the way of personality. Balance with a hint of warmth, though the mids can feel a touch shallow.

It’s a similar experience in jazz and classical, though music without as much over-engineering of bass sometimes fell a little flat, losing out on the heightened bass by just keeping everything balanced.

We’re not sure we’d call this “audiophile” grade the way Belkin’s press materials seem to suggest, but the Soundform Immerse may as well be called the Soundform Immense, because they’re an immense upgrade on the previous Soundform truly wireless model we saw prior. 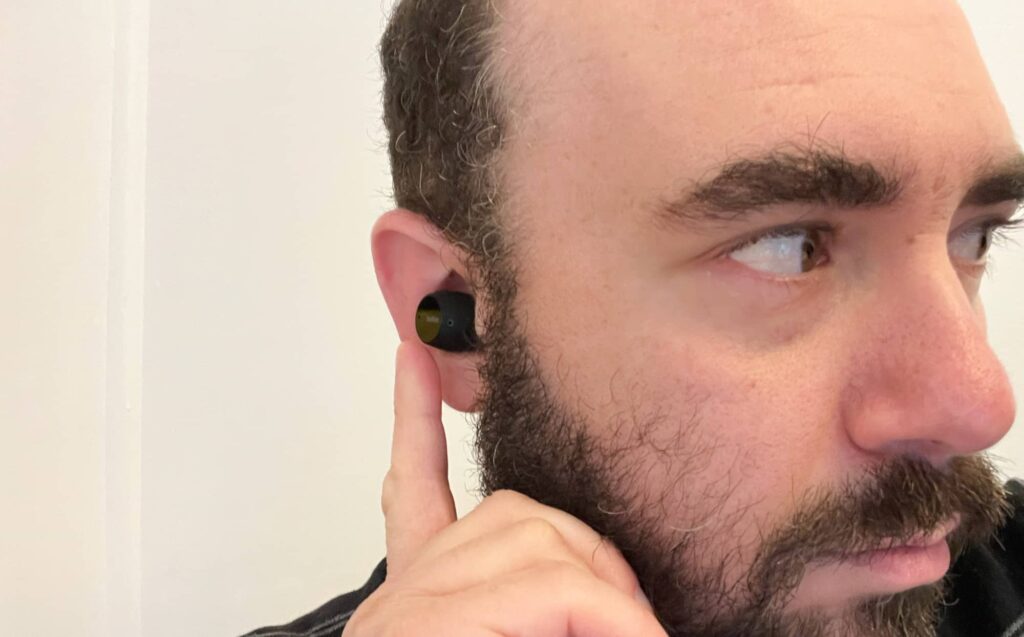 However all of this is dependent on you not changing the sound settings in the app, because you can do that. As we’ve mentioned, there’s an app now, and it offers multiple preset EQ settings.

Sadly, only one of these is good: Belkin’s Signature Sound.

That’s a bit of a weird concept to us, because Belkin isn’t really known for sound, despite working with the likes of Devialet in the past, and even having much older sound devices during the days of the original iPod. But it’s not as if “Belkin’s Signature Sound” is going to be anything like Bang & Olufsen’s Signature Sound, given the latter is an almost 100 year-old company specialising in sound.

Simply put: the idea of a “signature sound” means very little to us, except beyond what the other EQ settings do, because they flatten and ruin the sound. 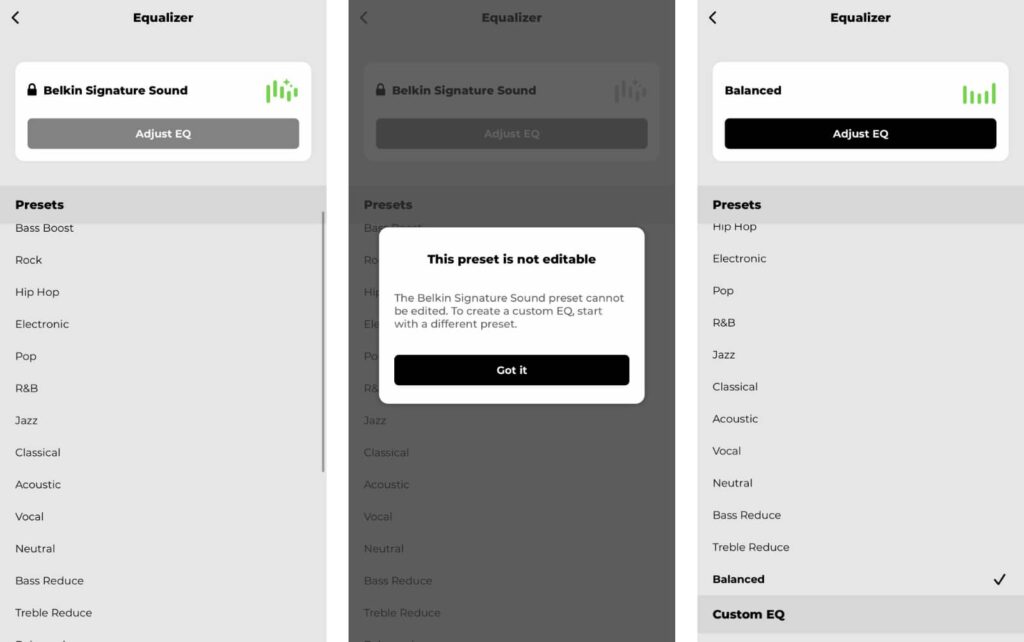 Switch the Soundform EQ setting to balance and the tonality is lost entirely. Songs become flat, and “balanced” stops the audio from actually being, and makes it flat, lifeless, and completely and entirely shallow. That’s not balanced, Belkin, that’s “ruined”.

For some reason, Belkin’s Signature Sound is the EQ setting to get you close to balanced, but with a hint of warmth thanks to that little bit more bass. You can’t edit it — it’s just what Belkin says it is — but at least it makes the audio quality decent. Leave it there, and maybe use the app for noise cancellation control, which is fine, but not amazing.

If you jump on Belkin’s ANC earphones, though, you’ll find decent battery life, offering up to 7 hours in the earphones and an extra 24 in the case, that awkwardly large case as it is.

That battery life is largely on par with most of the other noise cancelling earphones in the market, so no big changes here, and the case offers wireless Qi charging, too. Handy.

But it’s so big, it beggars belief.

No joke: every single ANC earphone that’s landed on the Pickr review desks this year has offered a smaller case. This is one thing that Belkin needs to change, ASAP, and it’s not the only thing.

Value is another, because we think Belkin is charging more than its ANC earphones are actually worth.

In Australia, the Soundform Immerse come with a recommended retail price of $299.95, making them $300 noise cancelling earphones. While that’s not necessarily quite as hefty as the $400 Sennheiser Momentum TW3 or the $450 Sony WF-1000XM4 ANC earphones, it’s still more than we think Belkin’s earphones are worth, especially when compared against the competition.

The Nothing Ear 1 are smaller and sound better, and manage a $250 price, while the Jabra Elite 4 Active also offer decent sound and ANC while managing to cost $179. About the only major difference working in Belkin’s favour is the inclusion of wireless charging on the case, but we’re not sure the absence of a cable is enough to make that difference, and so the Soundform Immerse are also less cost effective by comparison than other models competing.

So the price clearly needs work, and as you’ve probably read, so too does the case size and the crazy EQ settings. Leave them the way they are and you’ll be fine, but fiddle with them, and the Immerse earphones will sound a whole lot worse.

Yes, you get three microphones per ear, but only two of these are reserved for noise cancellation — feed in front, feed behind the ear — and the cancellation isn’t super amazeballs.

You can tweak how much ambient sound you’re pulling in and letting play through the earphones, controlling the ambient sound with a slider, but the overall noise cancellation isn’t quite up there, and really just feels like a modest cancellation engine. It’ll be fine for travelling, but isn’t going the distance in quite the way as you can with higher-end ANC earphones. 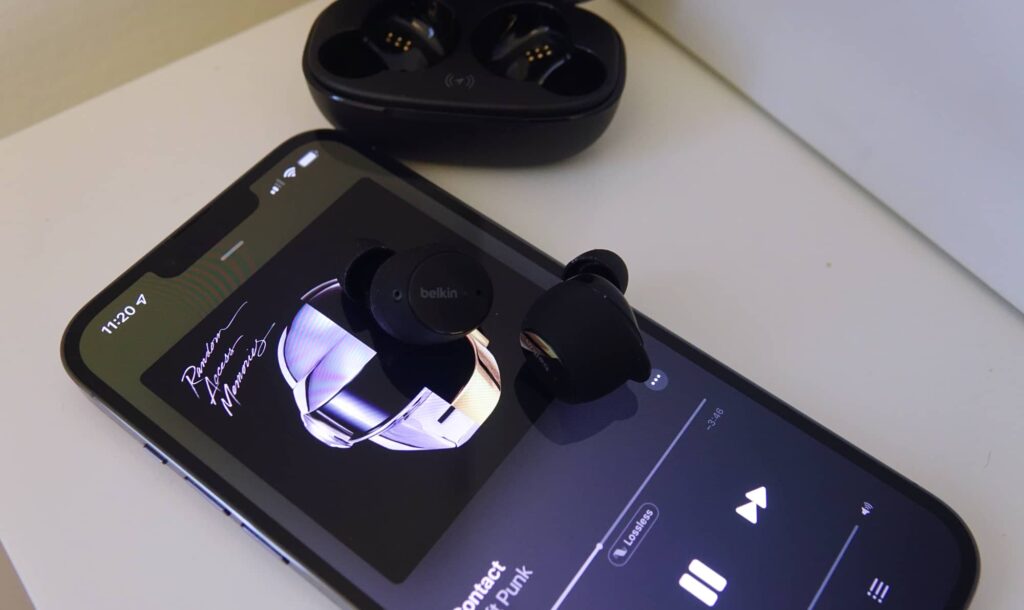 We need to be honest: we had rather low expectations going into this review, partly because last year’s pairs of Belkin Soundform truly wireless earphones were just not great.

Back in 2021, Belkin Australia bundled in charging bricks and wireless chargers when you bought them, which more or less told you why as you bought them. You kind of got value at the time, but not really, and if you were after a pair of decent truly wireless earphones, a pair that came with a charging brick probably wasn’t going to do well with the earphones… and it didn’t.

But this year, things have changed.

While we’re not sure the the $299.95 cost of the Soundform Immerse is necessarily the right price, it is a much better set of earphones than Belkin has produced prior. Leave these on their default settings, and they actually sound good, better than we expected.

There are things Belkin could do to improve the package, such as better ANC and some more competitive pricing, not to mention a much smaller charging case, but Belkin’s latest take on noise cancelling earphones is beginning to show the company really cares about truly wireless earphones, and isn’t just another me-too.

The Soundform Immerse can offer a decent soundstage if the price is right. When that price is better, they just might be closer to a recommendation. 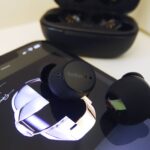