If you’ve owned an Apple device in the past decade, you’ve been able to find it. Pretty soon, that will support non-Apple devices, too.

There are some interesting bonuses if you stay within the Apple ecosystem in the phone, computer, and wearable world.

For instance, if you have the tablet and computer, you can use Sidecar to turn an iPad into a second screen for your laptop, basically giving yourself an external monitor that happens to be your tablet when you’re out and about, and if you have an iPhone, that can quickly turn into a hotspot. Granted, you can any phone into a hotspot these days, but some how, Apple makes the process a little faster.

However one of the features you mightn’t be aware of is with the “Find My” app and network, Apple’s location connection for devices made by Apple that you or your family owns.

The concept is pretty easy to understand, and basically connects an Apple device with some geolocational tracking, allowing you to apply a location to the last place you used an iPhone, an iPad, a watch or pair of earphones, even your computer. It’s particularly handy if you’re not sure if you left something at work or even somewhere else, and means you may have one extra step for finding something.

But it’s also a feature that up until now has been limited to devices made by Apple. Originally named “Find My iPhone” but brought back to “Find My” when Apple started using it with more devices than just the iPhone, it’s not the only technology out there. Tile offers a tracking system for devices with Bluetooth, with add-on Tiles found in stickers and key rings, while other devices such as Fitbit wearables, Skullcandy headphones, and Intel laptops supporting the tech, and plenty of others.

It’s a similar technology to Apple’s “Find My”, both of which leverage the power of the crowd and the idle information of the devices in the area to find gadgets, and reporting approximate location to a device that requests it. Basically, everyone using “Find My” (and Tile) is helping to track each other’s tech, but they’ll never realise it because it happens in the background in a private way.

However the approach for Apple’s “Find My” has been limited solely to Apple devices since its inception, but that appears to be changing.

This week, Apple has announced that it’s allowing third-party products to use the Apple Find My network, opening up support for accessories to take advantage of the technology. 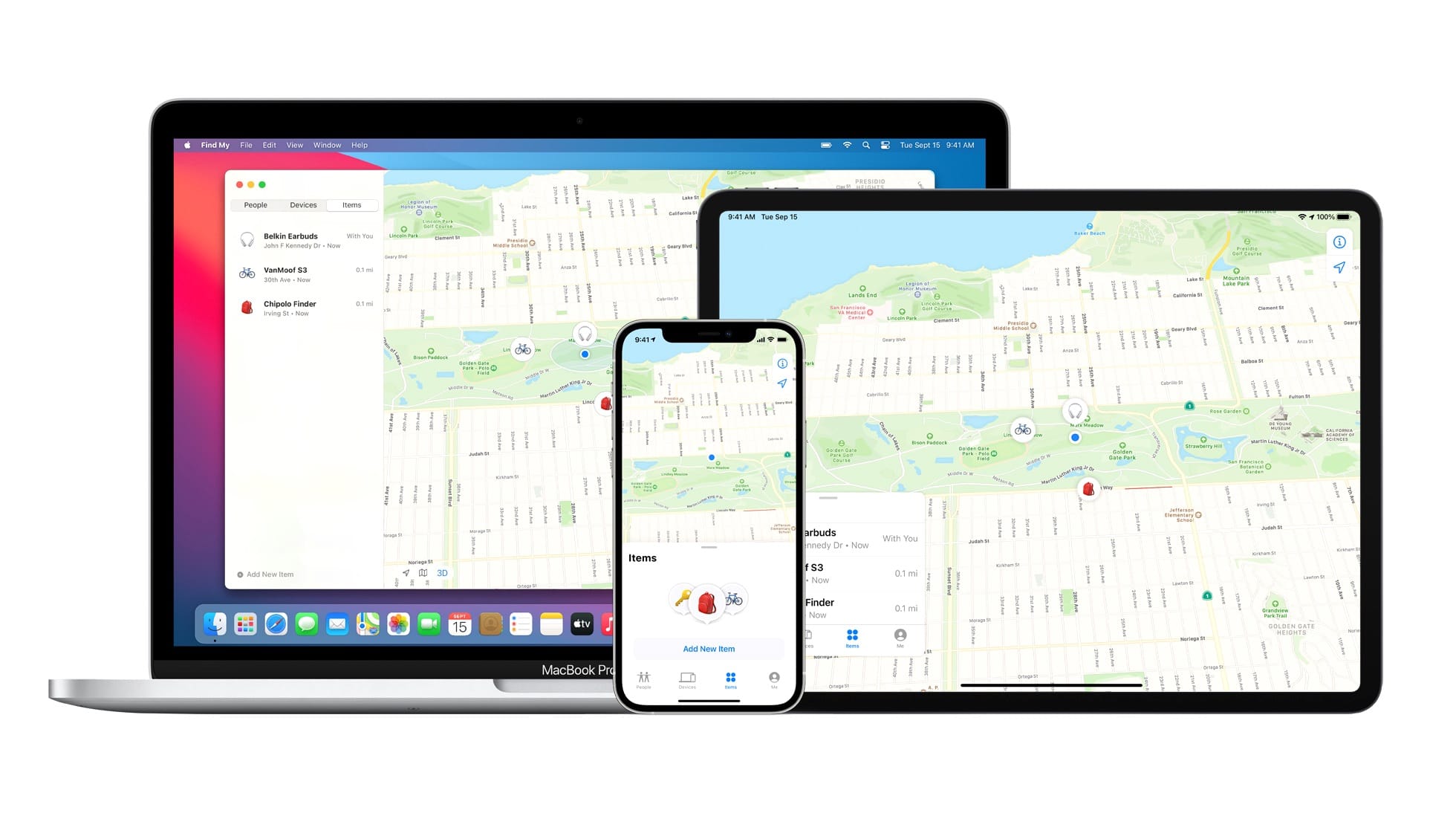 “For more than a decade, our customers have relied on Find My to locate their missing or stolen Apple devices, all while protecting their privacy,” said Bob Borchers, Vice President of Worldwide Product Marketing at Apple.

“Now we’re bringing the powerful finding capabilities of Find My, one of our most popular services, to more people with the Find My network accessory program,” he said.

The addition of third-party accessories to the Apple Find My network is part of Apple’s “Made for iPhone” program, also known as MFi. Typically something that we’ve heard costs manufacturers a little more, it means approved manufacturers can connect products to the Find My network so they can be made easy to find just like other Apple gadgets out in the world.

Apple also announced a draft specification for chipset makers to help them take advantage of Ultra Wideband technology in Apple devices with its U1 chip, basically making finding devices a little more precise and direction-aware, telling you where to go directionally if something is lost and yet nearby.

For now, Apple’s expansion of the third-party Find My products is small, with three brands launching alongside, and only one of them available in Australia: VanMoof, Chipolo, and Belkin. The first two are pretty much unknowns locally, but Belkin is definitely known here, and will be launching a pair of wireless earbuds previously announced at CES 2021 with Find My built in.

As to what else is coming, no one has really said, but with Apple’s support of more accessories, you can bet we’ll not only find out soon, but have the ability to find it when they roll out.