No two earphones are the same, and that’s one of the reasons why there is so much to pick between when it comes to finding a pair for you. Some of the oldest and most established brands in the world are competing with new players, with models hitting various price points, too. In fact, you can now find active noise cancellation (ANC) earphones across so many price points, it has almost become a standard feature for earphones. Almost, almost.

We’re not quite there yet, but it’s certainly pushing hard, and only a year after we saw the Momentum True Wireless 2, Sennheiser is back with a new model, in the Momentum TW3. Are these the best attempt Sennheiser has offered yet, and do they compete with the obvious offerings from Bose, Sony, and Apple? 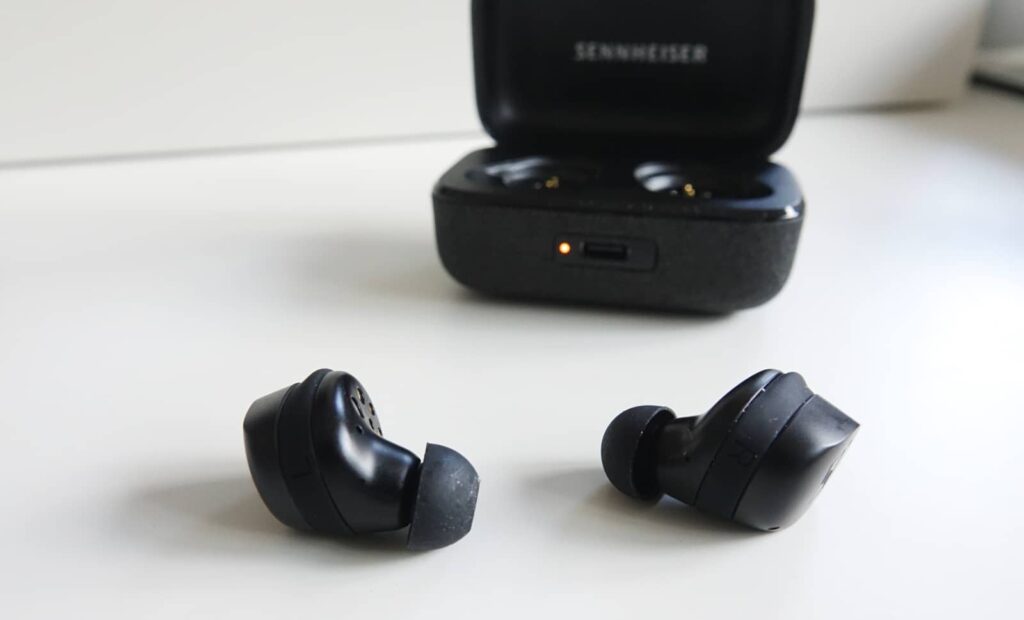 Designed with 7mm drivers and a good three microphones on each ear, Sennheiser’s Momentum True Wireless 3 are clearly focused on competing in the growing noise cancellation crowd, which is growing almost crazily.

The build feels like a combination of polymers, but it’s one that has been proofed for a bit of sweat, thanks to an IPX4 splash resistance, not quite water resistance, but still good enough for a light burst of rain and the sweat your ears will make as you run.

The main point of these earphones isn’t going to be the resistance to the elements, but rather the sound quality and noise cancellation, the latter of which supports a variant of adaptive active noise cancellation reliant on an app for your phone.

That app also delivers customisable touch controls, a sound personalisation tweaking feature, and some equaliser support, while the earphones themselves are rather for up to 7 hours of battery life with an extra three charges in the case, the latter of which you can charge using either a Type C cable or a wireless charger. 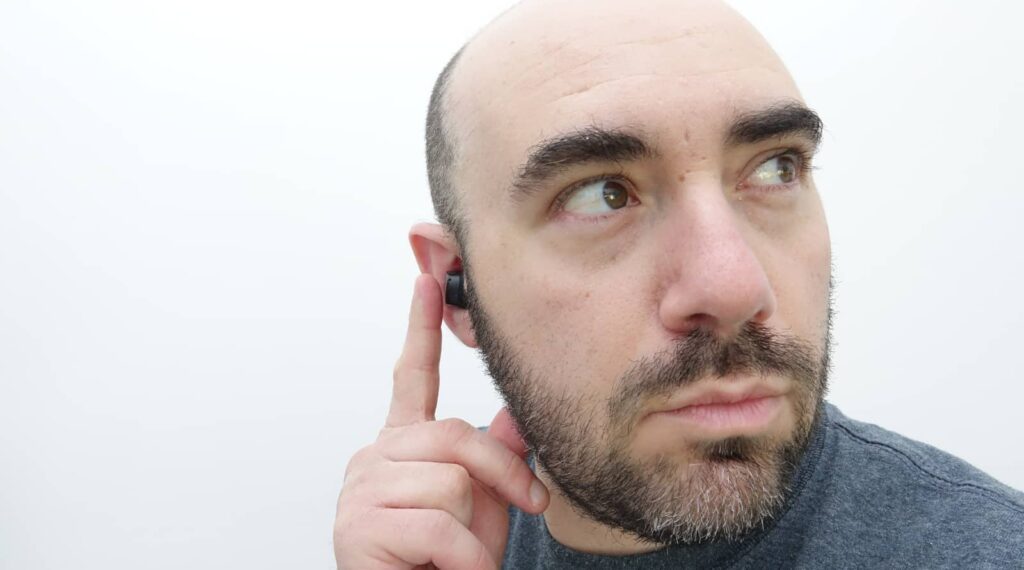 The Sennheiser Momentum True Wireless 3 are comfortable earphones, and use a combination of both tip and small wing to hold in your ear, which means you get a firm position, while the earphone itself seems to be shaped to be a little smaller which is more comfortable overall.

Dare we say it, they’re more comfortable than last year’s best pair of in-ear noise cancelling, the Sony WF-1000XM4, a pair these are so clearly competing for attention with.

Part of that attention comes from how you use them, with an app that lets you customise the controls (yay!), meaning you can say what you’d like the touch panel to do, something that’s handy overall.

The app also comes with another neat trick, with the earphones leveraging that for its take on adaptive noise cancellation. Much like what Sony has worked out in the WF-1000XM4 and the larger headphone variety in the WH-1000XM4, Sennheiser is using the logic of locations for its adaptive active noise cancellation, so when you map out where certain locations are, the app will switch your cancellation options.

For instance, if you designate the rough area for where the shops are, you can set the Sennheiser Smart Control app to open up the ambient transparency mode and still play music, and even tweak the equaliser if you like. Then when you leave, the GPS kicks in, tracks where you are, and shifts location.

In short, adaptive noise cancellation on the Sennheiser Momentum TW 3 is location based, relying on you to map the areas where you want changes. That’s not necessarily a bad thing, but it means the app is the main part controlling that, and so if you go for a run without your phone, this feature won’t work.

Fortunately, the sound will work regardless of where you go, provided you have a Bluetooth connection, because these are truly wireless, leveraging AAC and aptX Adaptive.

Of course, none of this matters if the performance isn’t up to scratch, which is why we’re testing the Sennheiser Momentum True Wireless 3 with the Pickr Sound Test, what we test every headphone and speaker with.

That starts with electronic, with Tycho’s “Glider” giving us a solid punch of bass and a balanced sound emphasising warmth. You’ll find a lovel sense of lows and mids, with the highs not being outshined at all, and a strong rendition overall. In both Daft Punk and Tycho, there’s clearly a good beginning, and it continues in pop and R&B, with a nice dynamic sense of punch that isn’t overkill, and really delivered.

The balance is strong across test tracks from Ariana Grande and Carly Rae Jensen, while Mark Ronson’s “Uptown Funk” delivers a strong punch that snaps nicely.

In rock and jazz, that warm sound continues, with a sense of balance that plays nicely to folks who prefer a speaker-like sound, which is clearly where the Momentum True Wireless 3 are being pitched.

The previous model managed a strong balance, too, and you can see Sennheiser is just continuing more of that work in version three, which is nice to see. 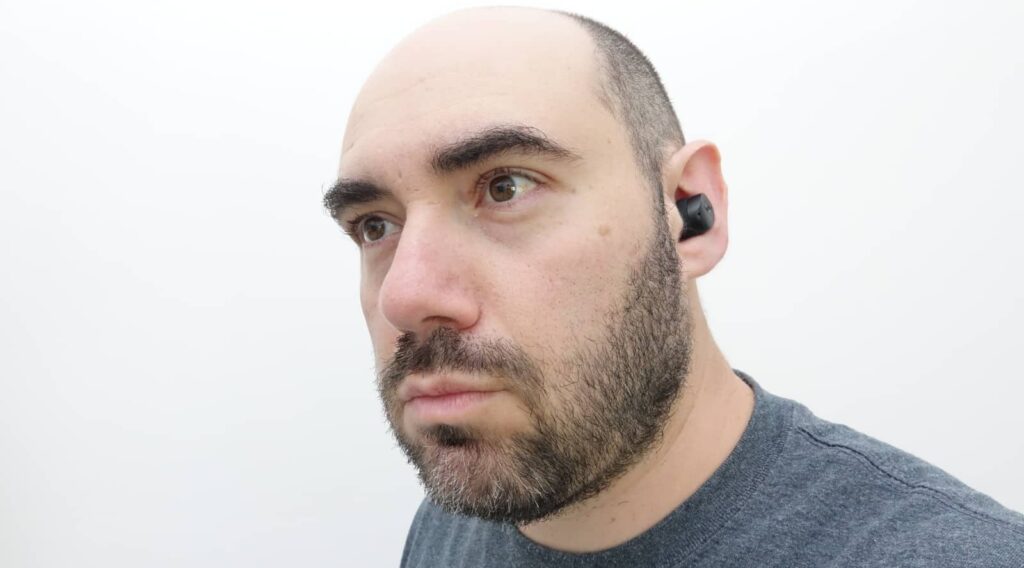 There’s also a decent battery here, with the Sennheiser Momentum TW3 outpacing its competitors nearly every which way here. While the earphones themselves offer as much as 7, the extra three charges mean you get 21 more in the case, boasting a total of 28, a number which beats most other premium truly wireless ANC earphones.

By comparison, the total 28 hours is much more than the typical pair it competes with, beating the 24 from the AirPods Pro and the Beats Fit Pro, which also manage the 24 hour time. It’s the same from Sony’s WF-1000XM4, which also hit that 24 hour mark.

Like its predecessor in the Momentum True Wireless 2, the case arrives in a cute little knit style that helps make the earphones feel more premium, even if the case is a bit on the big side. However, you’ll also find a bit of an assist for charging if you have a wireless charging pad, as the Qi charging tech is supported inside the charging case, alongside the ever useful Type C USB port found in the front of the case. 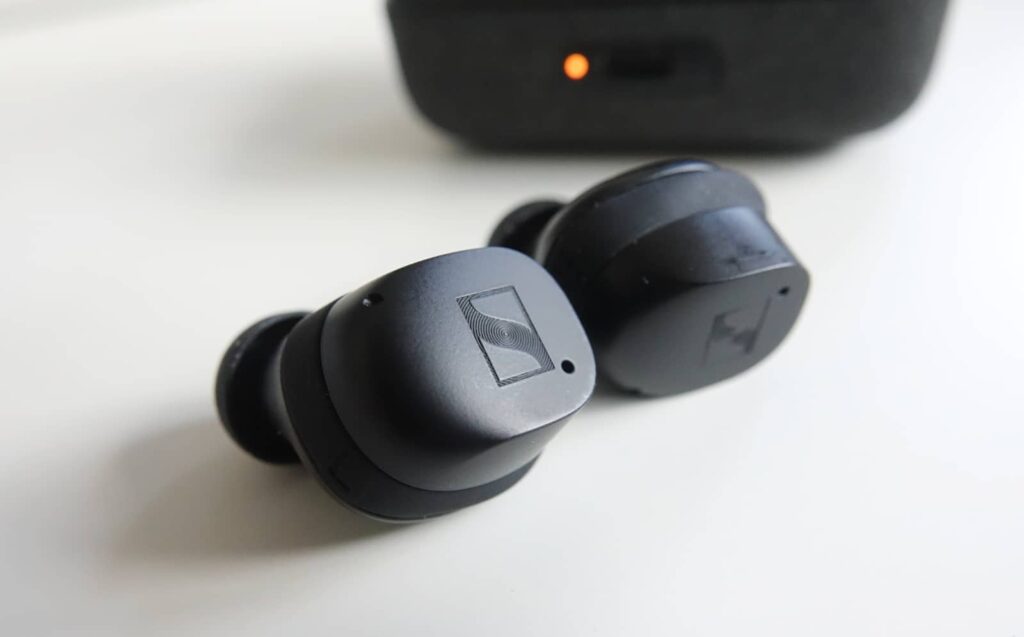 Alongside that decent battery, the price in Australia isn’t bad for what you get in the Momentum True Wireless 3, with the $399.95 cost being about what we’d expect to find, and the sound and feature set being about where it needs to be. That’s $100 less than where Sennheiser pitched the predecessor, and helps deliver more competitive value overall, especially when you look at the rest of the premium ANC earphone market in Australia.

At the $400 mark, Sennheiser is competing quite well with the likes of Sony’s WF-1000XM4, Bose’s QuietComfort Earbuds, and the Apple AirPods Pro, delivering pretty healthy competition all around.

It’s worth noting that all three of these have been available for a little bit at this time, so you can typically find each under these prices, but on RRP alone, the Sennheiser Momentum 3 is in bread company, thanks in part to its great sound, solid comfort, and similar approach to adaptive ANC.

But while the inclusion of adaptive cancellation is a good one, the result is an app that needs improvements.

Take that adaptive cancellation, which only works if you register an account with Sennheiser’s service, and even then doesn’t always deliver timely noise cancellation changes.

In one test, we walked out of the range for what we designated as “shops”, and the change didn’t kick in until a few minutes after we’d moved beyond our own border. In another test, we needed to actually launch the app for the tracking to begin, and so when we donned the Momentum True Wireless 3 earphones at the shops, they were still in cancellation mode until we opened the Smart Control app on our iPhone.

It’s just not an app that appears to be working solidly in the background, and if you want the adaptive tech to work, not only are you going to have to register yourself and those locations, but also open the app daily, it seems. Outside of that niggle with the app and ANC, however, the Sennheiser Momentum True Wireless 3 is a winner.

It really is a case of third time’s the charm, as these will charm the pants off you. They’re comfortable, sound great, priced well, and while there’s still a bit of tightening needed in the software department, they hit every competitive nail on the head.

Sennheiser has a winner in the Momentum True Wireless 3 in every sense of the word, as these are among the best. Highly recommended. 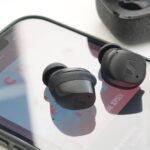