Nuanced and balanced, the Sennheiser Momentum True Wireless 2 truly wireless earphones are a fantastic noise cancelling choice. Provided you can live with the price.

There’s a lot happening in the noise cancelling space, because we love to listen to music in our own secluded bubbles, isolated from what’s happening outside. However, while there are a lot of choices in this space, they don’t always cater for the true spectrum of what you might yearn to hear.

Balance is the holy grail of most earphones, and not something everyone achieves. It might be bossy and bassy, or a little more focused on the highs in life. It might be warm and rounded and as close to balance as it gets, emulating what a speaker sounds like, or it might just be balanced overall.

Despite being the obvious target of earphones, balance isn’t always easy to achieve. Typically, we only see it from the likes of Apple and Bose, while Sony tips balance to be warmer more like speakers. Oppo ventures that way, as well, while Sennheiser typically focuses on pure balance, playing on its audio heritage, of which the company is more or less known for.

And here we are again with a new pair of earphones from a company known for audio, as Sennheiser introduces its second-generation premium truly wireless earphones, the Momentum True Wireless 2. Are they everything you could hope to be and deliciously high-end, or could they still do with some work?

However these aren’t those headphones. While $499 isn’t necessarily a price to trifle with, and sits in the upper end of truly wireless noise cancelling earphones, the also denote the premium approach Sennheiser is going for in the Momentum True Wireless 2. 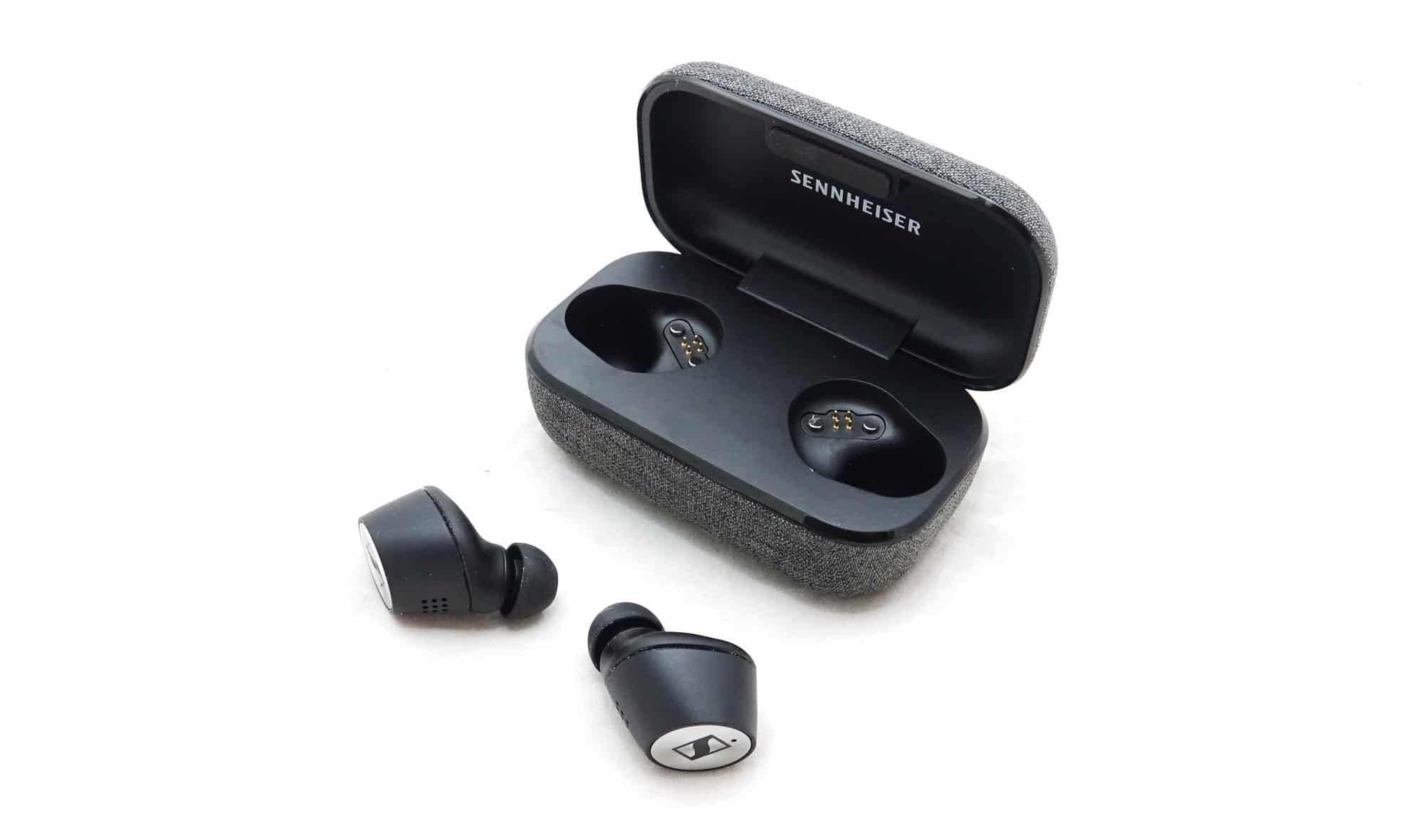 In this pair, you’ll find a 7mm driver on each side encased in plastic, support for active noise cancellation, IPX4 water resistance, and some in-earphone tips that have a little cross on the inside, making them different from the usual assortment ofd tips we see. There are a few sizes in the box, while the controls for the earphones are a touch sensitive pad on each side that can be customised using an app.

The earphones, of course, come with a charge case which is covered in fabric, making it different from everything else out there.

That charge case can hold as much as 28 hours with the earphones, and is charged by the USB Type C port on the back. There’s also a little push button that can light up a nearby LED to tell you if the box is charged.

Controls are very much a “tap here” sort of affair, and while they’re not amazing out of the box, Sennheiser lets you customise the Momentum True Wireless 2 with an app that works across iOS and Android. Unlike the Huawei FreeBuds 4i, another pair of noise cancelling truly wireless earphones competing in this space, you can change the controls to suit what you want by using an app. Imagine that.

Comfort is another factor worth talking about, because it was something we struggled with in the first generation of Sennheiser’s Momentum True Wireless earphones. Much like that model, the gen-twos can appear a little larger than other earphone options, but they’re much, much comfier.

You’ll still need to find the right tip, choosing between XS, S, M, and L, but once you do, you merely need to push it in, twist slightly, and they’ll hold well. Adding to the firm fit, we found them more comfortable this time around, and didn’t have any of the ear-aches we found with the first model, which was quite large overall. 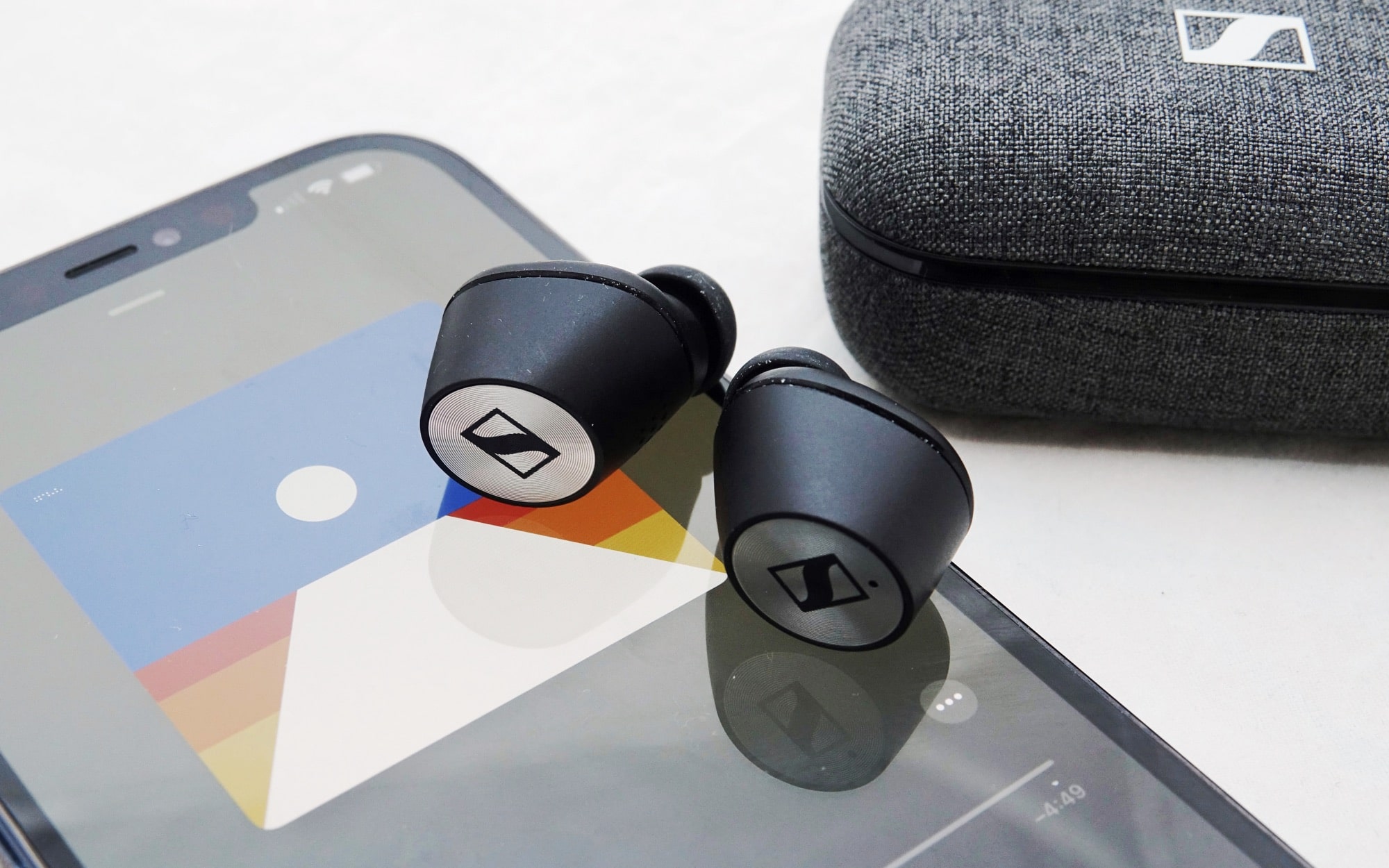 As with all earphones, however, how they perform is the most important part, and with Sennheiser’s reputation, that’ll be a big one here. Like we do with all our headphone reviews, that’s handled by listening to the Pickr Sound Test, which you can listen to for yourself, and has us listening to the same tracks repeatedly to put earphones, headphones, and any other audio gadgets through their paces.

Starting off in electronic with Tycho and Daft Punk, there’s a strong balance across it all, with clear highs and mids, and a nice and detailed punch in the bottom end. The track that starts every headphone test at Pickr delivers clarity in spades, with the bottom drop in “Glider” something you can feel, almost as if your body had just succumbed to weightlessness.

It’s a similar feeling from the vibrant percussion in Daft Punk’s “Contact”, with an even-handed balance applied to the track and plenty of detail, with all of the drums clear and distinct. The bass drum offers a good round sound, and while the volume needs to be held at around fifty percent for us, it’s a nice sound with plenty on offer.

In pop and soul, we heard everything we were looking for. The tone of Ariana Grande’s “Into You” was even and clear, while Charlie Puth’s “Done For Me” shines a light on thick bass and strong vocals, pronouncing the sound with such clarity, it rates the Momentum True Wireless 2 earphones with the best of the bunch. While they can’t really described as warm, they don’t miss out on the guttural bass we look for in FKA Twigs’ “Two Weeks”, nudging our ears the right way. 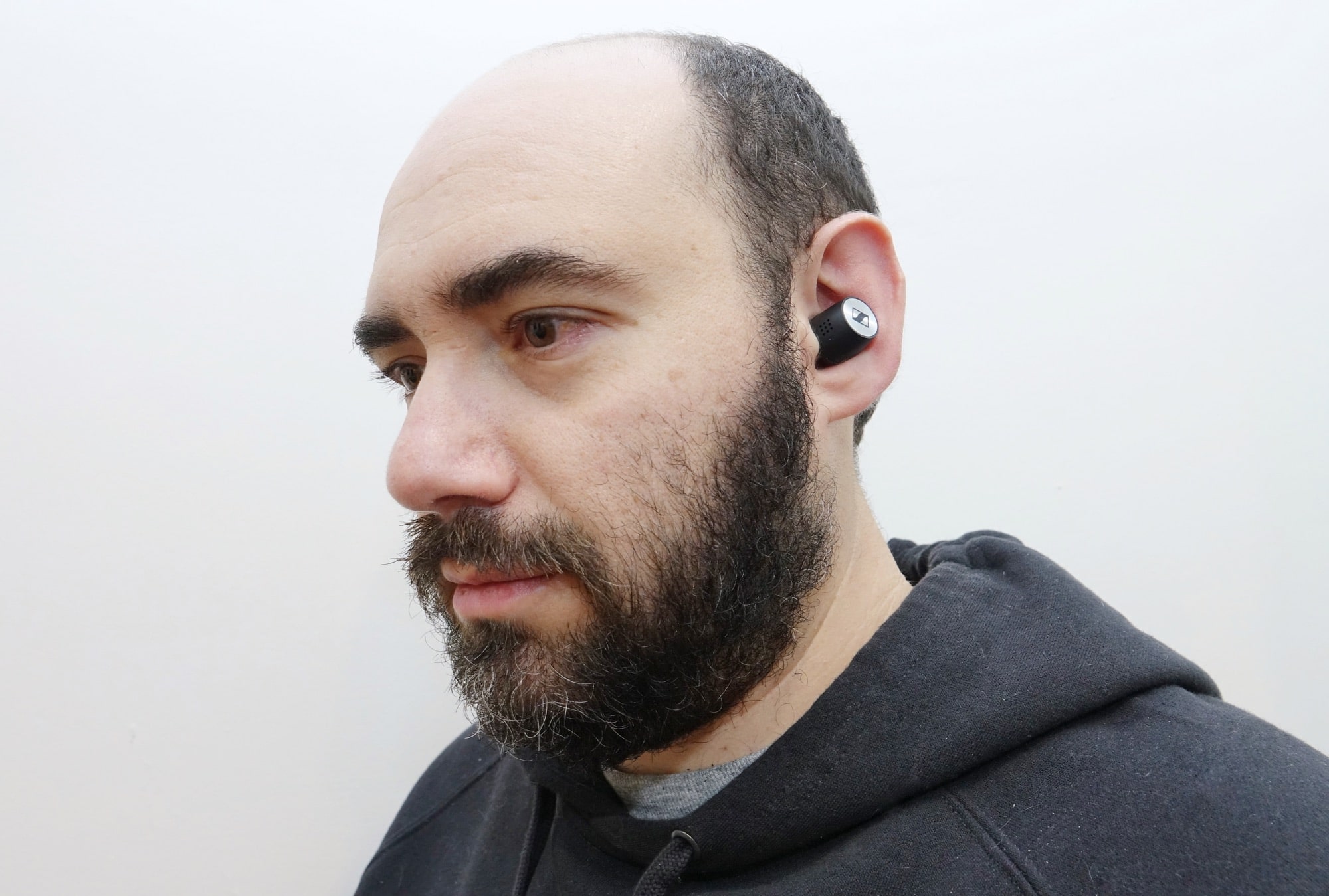 In rock, nothing is lost, from the silky vocals of Muse overlaid on the strong and pronounced bass, guitars, synth, and drums in “Madness”, while the airy drums of Deftones’ “Digital Bath” isn’t lost to the guitar or rounded bass, or even the whispery vocals overlaid before the chorus.

It gets even better with classics, with the likes of David Bowie’s “Starman” bringing every instrument to life without missing a thing, complete with light percussion in the back right, something we don’t always hear. Across Paul Simon, The Beatles, and The Who, it’s a nuanced sound that removes nothing and keeps your ears satisfied, and it’s much the same in jazz and classical. Music was smooth and defined in Date Brubeck’s “Take Five” and Miles Davis’ “Flamenco Sketches”, resulting in an easily listenable and enjoyable sound.

While some earphones play to specific sounds, Sennheiser’s Momentum True Wireless 2 are a masterclass in balance for all.

The noise cancellation in the Momentum True Wireless 2 is quite good, too, but comes with the downside of not being adaptive the way we’re experience in others, with an ambient mode that can turn the microphone up a little louder than we’re used to.

The best hear-through ambient mode comes from either the Sony WF-1000XM4 earphones or the larger AirPods Max headphones from Apple, and Sennheiser’s Momentum True Wireless 2 doesn’t veer too far from either, but is a little louder than we’re used to. The result isn’t bad and is easily something you can get used to, with an ambient mode that’s easy to switch to, and then switch back to cancellation when you tire of listening to the world. 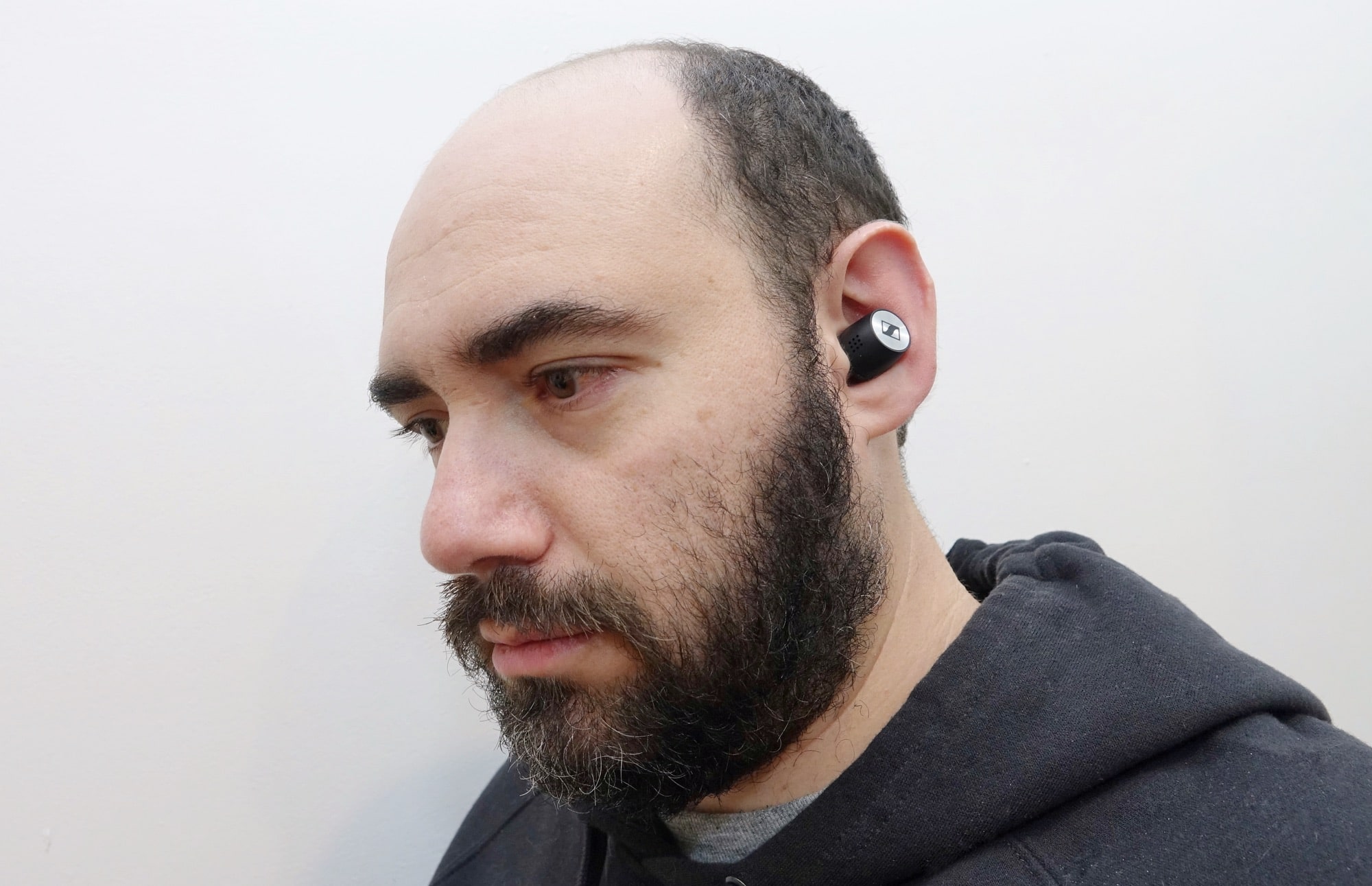 The battery is also quite capable, offering aground seven hours per charge, with an extra three charges in the fabric-coated charge case, bringing it to a total of 28 hours of battery life.

Granted, there’s no wireless charging, but seven hours of life isn’t bad at all for a pair of noise cancelling earphones, especially for a pair that only managed four hours a couple of years ago without noise cancellation. This is definitely a marked improvement.

However Sennheiser’s second-gen truly wireless earphones are quite highly priced, something we probably should have been less surprised by.

Sennheiser is a premium brand with some serious audio chops in its heritage. It has been around since the 40s, and the company pretty much only works on audio. This isn’t a jack-of-all-trades brand, and it has some very high-priced gear built for the luxury audiophile market, so you’re paying not just for the expertise, but the brand awareness, as well.

And at $499, Sennheiser has produced some of the priciest noise cancelling in-ears here, commanding a higher price tag than both the $399 Apple AirPods Pro and the $449 Sony WF-1000XM4, both of which compete against each other.

Given the obvious competition, we’re not sure Sennheiser has really achieved value with that price, even though there are some seriously solid strengths in these earphones. 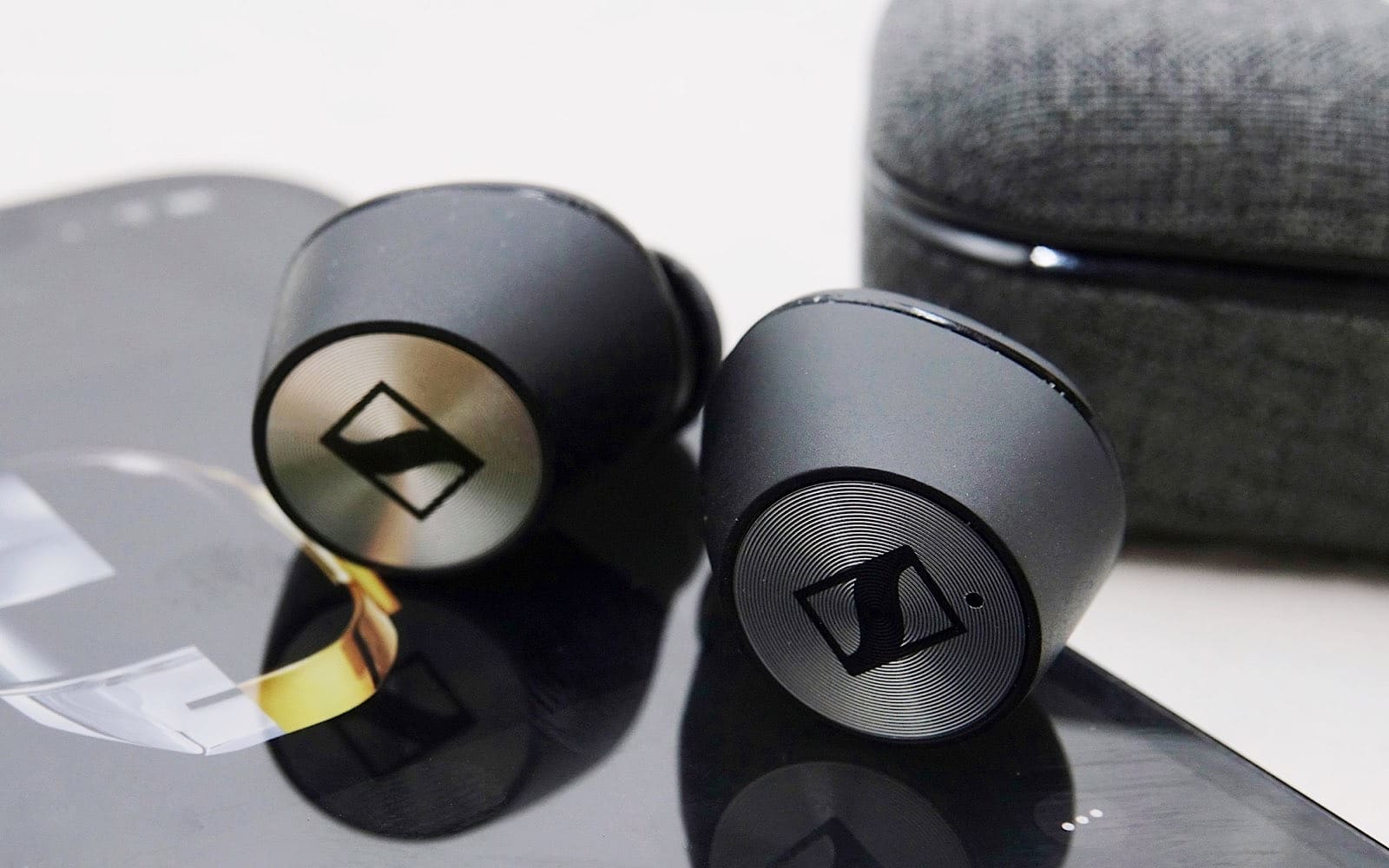 For the most part, Sennheiser has nailed the second-gen Momentum truly wireless earphones. They’re balanced, easy to control, customisable, and perhaps most importantly following the first generation, they’re actually comfortable to wear. That might seem like a small win, but we struggled with the first pair, yet not with these.

Sennheiser’s Momentum True Wireless 2 are sized to fit and offer great sound, too.

But they miss out on some of the premium features of other earphones, such as wireless charging. It’s one of those things we just expect these days in premium noise cancelling earphones.

You’ll find a wireless charging case in the obvious competitor of the Apple AirPods Pro, the option from Bose in the QC Buds, and of course from the big new player in that group, the Sony WF-1000XM4. Even smaller noise cancelling earphone options from other brands include a wireless charging case, found in the Oppo Enco W51, the Realme Buds Air Pro, and the Skullcandy Indy ANC, among others. Every one of these includes a Qi charging case with wireless noise cancelling earphones, but not Sennheiser’s Momentum True Wireless 2. These scream premium in nearly every way except a charging case.

That price is also really hard to swallow, especially given the lack of a wireless charging case. Frankly, we’re not sure the price really matches what’s being delivered, especially when the competition is as strong as it is in this market. 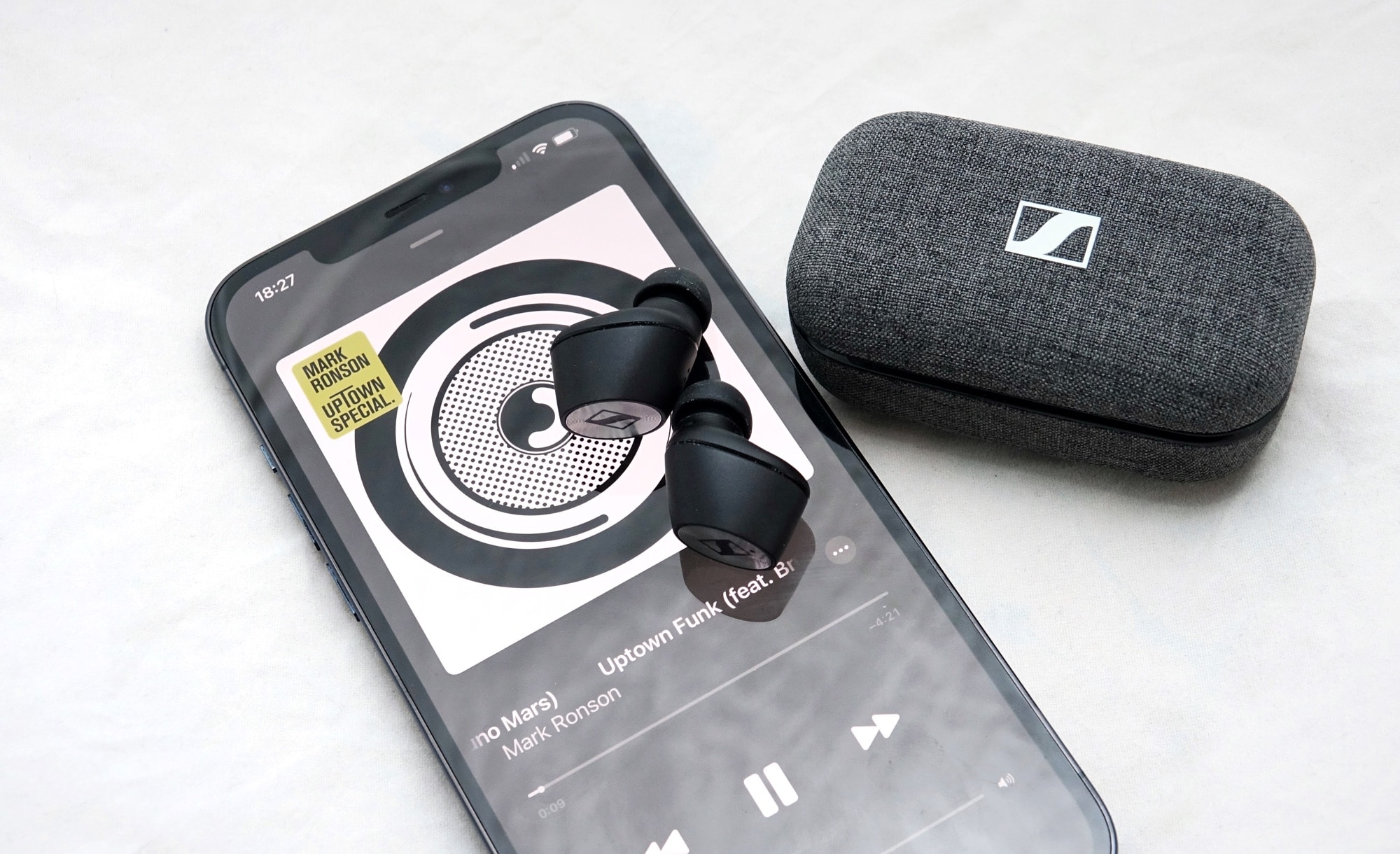 Despite the harsh price, Sennheiser has delivered an option that will make sense for a lot of people. It’s almost the Goldilocks experience for earphones, and is about as close to just right as noise cancelling earphones could get.

Offering great sound, a decent battery, solid noise cancellation, and customisable controls, the Sennheiser Momentum 2 True Wireless earphones are a solid choice. Hell, by themselves they’re a play on the name, and a momentous upgrade on what Sennheiser delivered in its first generation, making them an easy pick, provided you’re comfortable with that price.

If you’re not, the competition from Sony’s WF-1000XM4, Apple’s AirPods Pro, and the Bose QC Earbuds definitely gives Sennheiser’s Momentum True 2 Wireless earphones a run for their money, but these are easily recommended all the same. 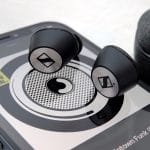 Sennheiser Momentum True Wireless 2
Design
Features
Performance
Ease of use
Battery
Value
The good
Fantastically balanced
Excellent sound
Decent battery life
Larger earphones, but they fit surprisingly well (so much better than the first-gen)
Customisable controls
Slight water resistance at IPX4
Case is textured and different from every other pair of earphones
The not-so-good
Expensive
No wireless charging
Noise cancellation could be a little better
4.3