Huawei doesn’t do as much in the phone space anymore, but it’s still building stuff for your ears. In the FreeBuds 4i, Huawei might just hit noise cancelling value. Are they worth your time?

There’s clearly no shortage of truly wireless earphones, and we’re seeing almost a new pair every week. But it’s not just the big names in sound you can expect, but also the makers of devices.

Oppo has both phones and earphones, as does Realme, Samsung, and Apple, and they’re not alone. While Huawei hasn’t released too many phones ever since the US government stopped it from playing nicely with Google and Android, it also has been working on sound gadgets, including earphones and speakers.

In its latest, Huawei is looking at noise cancellation for one of the least expensive prices we’ve seen yet.

At $159, the FreeBuds 4i might be the most affordable take on active noise cancelling truly wireless earphones yet, delivering both technologies — cordlessness and noise cancellation — for just over $150.

But are the FreeBuds 4i actually good value, or can you do better? 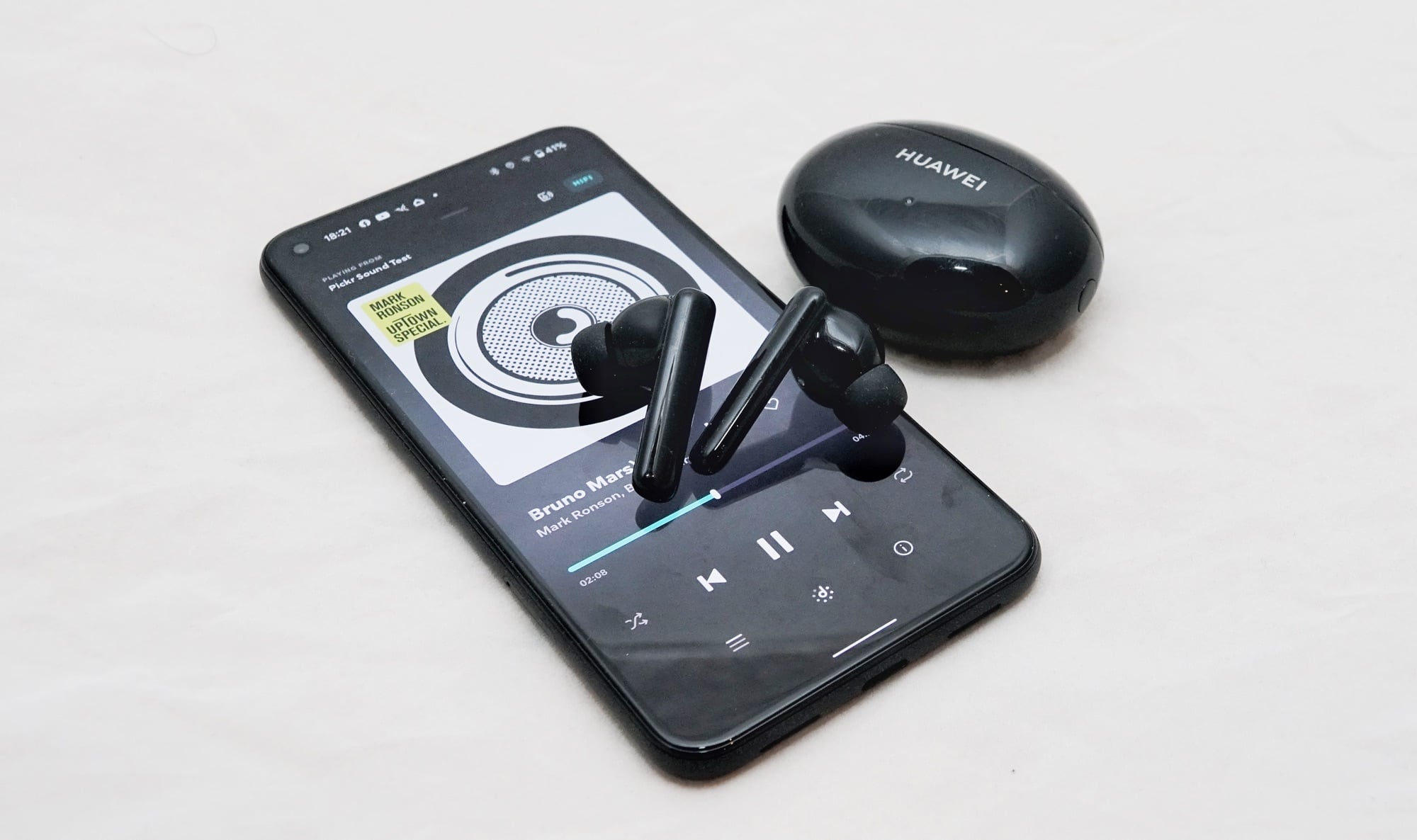 Stop me if you’ve heard this one before: we’re looking at an earphone variety that looks a whole lot like something Apple might have designed, except it’s made by someone else.

That’s more or less the story of many of the earphone options out in the world, with only a handful of companies building earphones that look truly different.

This isn’t the case with the FreeBuds 4i, however, as Huawei channels the look of AirPods into its own approach, something that sees a slightly bulbous earbud connected to an earphone tip.

It’s a bit different from last year’s FreeBuds 3, which were a Huawei clone of the AirPods, but with noise cancellation somehow thrown into an earbud style. It didn’t work at all, though. Noise cancellation requires isolation, and the FreeBuds 3 were a failure from where we sat.

A year on in 2021, Huawei has realised the tips are a great way to offer isolation, and are doing just that, providing noise cancellation in an earbud-style pair with earphone tips. They cover a 10mm dynamic driver on each side in a plastic body coloured white or black. They come in a flat ocular case which is small enough to pocket, and charged from USB Type C, but not over wireless. 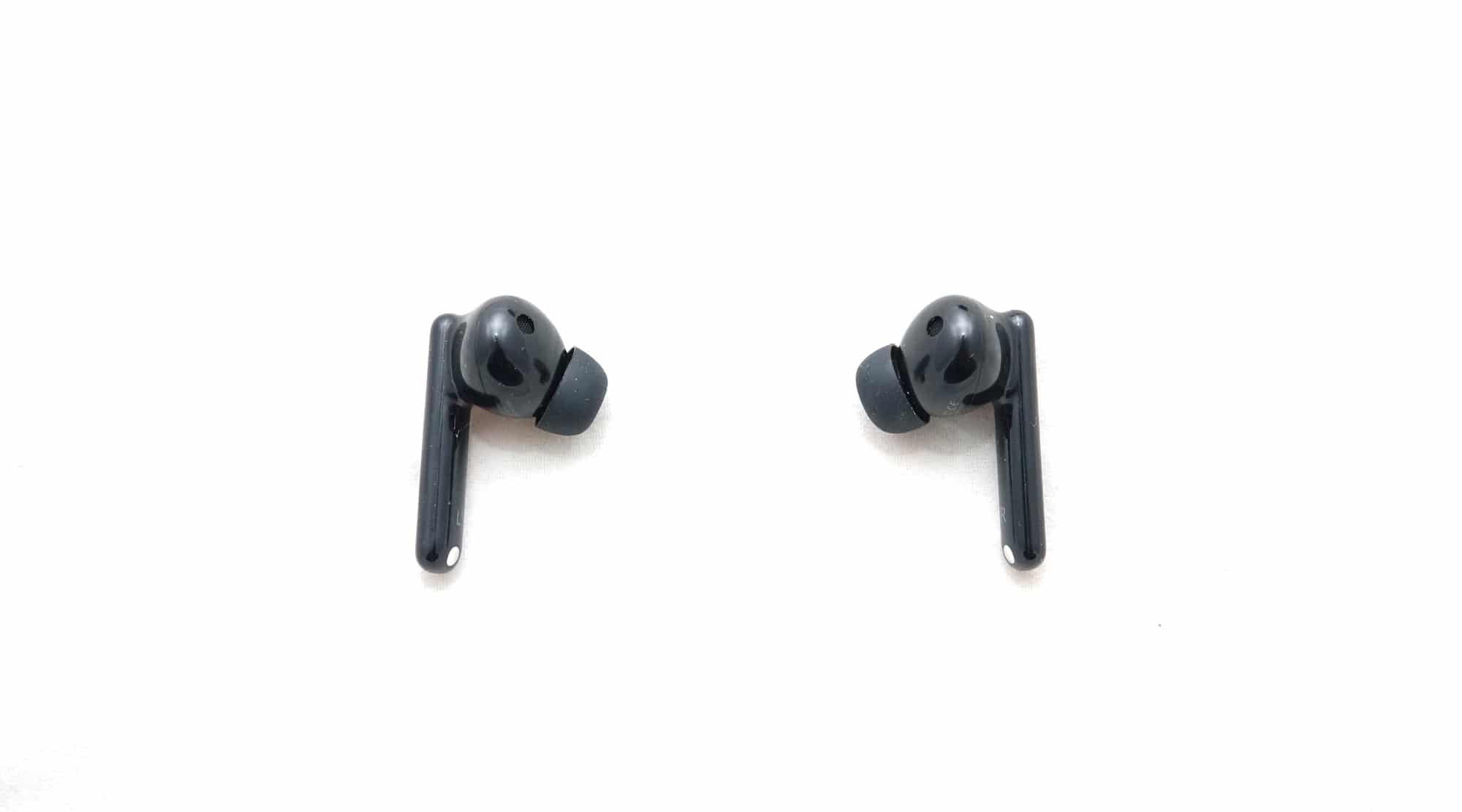 Take them out of that oval case and you’ll see something easily familiar, even if they’re not technically an AirPod. Throw them in your ears and it’s a slightly different story, because you might find them comfy, but you also might not. One size may not fit all, even with a change of tips in the box.

In our ears, the Huawei FreeBuds 4i are relatively easy to wear, though the slightly bulbous design mightn’t like every ear. If you’re used to the AirPods earbuds style, but prefer an in-ear tip, this is kind of a compromise of sorts.

We’re fans of in-earphones in general, but we found these earphones a little too large, producing minor discomfort through our FreeBuds 4i review process. Our left earphone felt a little too tight and ached at times, while the right struggled to hold a seal.

You can, of course, jam them in and hope it gets better, but because everyone is different, you results may differ wildly.

However you’re less likely to love the controls, which are very flimsy and basic. While you have a full stem on the FreeBuds 4i, it’s only at the top where the touchpad is, and the controls are beyond basic, covering play and pause by tapping twice, or holding down to switch in and out of various noise modes, between noise cancelling on, noise cancelling off, and an ambient hear-through mode. That’s it.

It seems as though you’re on your own, which ironically is what noise cancellation is supposed to bring to the picture, even if the meaning isn’t quite the same. 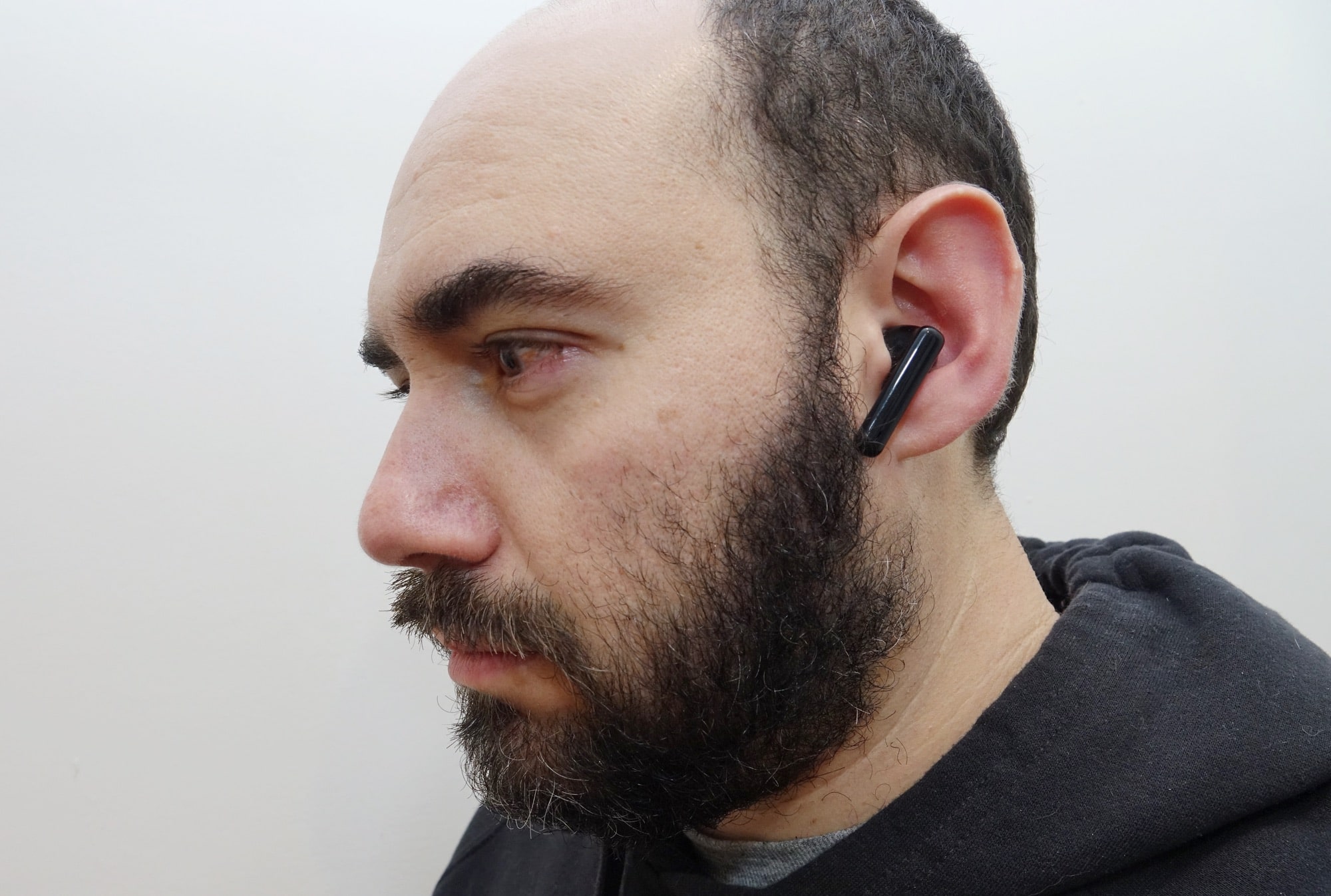 We’ll take it though, and we’ll take it with a test using the Pickr Sound Test, which we use for all of headphone and earphone reviews, including this one.

That starts with electronic from Tycho and Daft Punk where there’s clear separation, with obvious attention to highs, plus acceptable mids and noticeable but not exactly detailed lows. The bass is here, from the guttural bass drop in Tycho’s “Glider” to the big and meaty bass drum in Daft Punk’s “Contact”, but the detail in each is a little slim. You’ll feel the bass, but you mightn’t hear the detail contained within.

That’s a pretty consistent result in pop and R&B, with a bright sound on offer in Carly Rae Jepsen’s “Cut To The Feeling” allowing you to vibe with the pop-punch Carly puts on, though with a reduction of the bass, while the funky line that is Mark Ronson’s “Uptown Funk” can feel like it’s a little shallow.

Take the sound in Charlie Puth’s “Done For Me”, which clearly shows the vocals ahead of everything alongside the synth, but the meat of the bottom end taking a backseat. You can heat the mids and you can feel the punch of the bass, but the detail we yearn for is mostly sidelined.

Jazz and rock manages to sound a little more balanced, possibly due to not being overly engineered, but we longed for that little more nuancing in the bottom-end, and to not have the vocals just come out over the top of everything.

In the Deftones’ “Digital Bath”, the vocals of Chino Moreno and electric guitar of Stephen Carpenter sing as if in harmony together, but the drums feel like a byproduct behind it all, and the bass line lacks the resonance we crave. Over in Miles Davis’ “Flamenco Sketches”, the sound is nice, but clearly all the attention is on the trumpet and piano, with the bass and drums mostly lost in the background. Frustratingly, it’s the rounded sound of the bass, a sound focused on the mids and lows, which we long for most. We almost put up a missing poster, it was that hard to find.

It’s not that Huawei has engineered a bad sounding pair of earphones, because they’re not. The Freebuds 4i are perfectly pleasant and poppy, too. They’re just not remarkably well-rounded, giving you all the highs in life, just less of the lows.

Then there’s the noise cancellation, which does the job, but can feel a little basic. You’ll block the repeatable sounds noise cancellation is known for, but the bubble of isolation we expect from other earphones isn’t quite here. This isn’t the masterclass of ANC, for sure. Rather, this is the intro class: you get some cancellation, but there’s so much better out there.

We can’t help but think how much better it could have been if there was an app, but we digress. At least the battery is a bit of a win, offering as much as seven hours with noise cancellation and close to 10 if you switch cancellation off.

We’d expect most will sit with seven, and that’s not a bad result all things considered, with an extra charge or two in the case. You should be able to get through most of a regular work week without needing to plug the case in, but if you do, it’s a USB Type C connection that charges everything up.

Perhaps the one area Huawei has nailed is value, because this is an inexpensive pair of noise cancelling earphones.

If noise cancellation is the main thing you want, and you don’t want to pay an arm or a leg, Huawei has something in the FreeBuds 4i.

With earphone tips, they’re a hell of a lot more effective than Huawei’s failed noise cancelling earbuds, the FreeBuds 3, even if the comfort can still be a little hit and miss here.

However they still offer value in the world of ANC. If noise cancellation without the cost is at the top of your list, these might be worth checking out.

But there are things missing, especially when you start comparing them to other earphones in the world.

The bass is there, but it can feel like it’s lacking in detail, providing thud and impact, but no real presence. You’ll feel it, but it won’t leave you with much of a lasting feeling.

There’s also no wireless charging case, despite that being included on nearly every pair of premium wireless earphones. That’s not a huge loss for some, and it’s definitely not something found at the $159 price point Huawei is targeting, but it does scream as a missed opportunity all the same.

Also a missed opportunity is the lack of an app, because there is no app here. It’s not on iOS or Android, and even the one Huawei phone we still had — the older P30 Pro — didn’t offer us any extra controls. We’re not sure we should have expected some, but given Oppo’s earphones offer more controls to owners of Oppo phones, we’d be lying if we didn’t say we expected a Huawei phone to offer customised controls to a Huawei phone. Maybe we just need a more recent Huawei phone.

However it does mean that regardless of what you own, you’re not getting any sense of control customisation at all, and that’s a little frustrating. In an age where the app is an included part of owning a pair of earphones — and one that can ease the usability needs — not having an app on the major platforms of iOS and Android is a surprise to say the least. Moreso, it’s a lost opportunity. 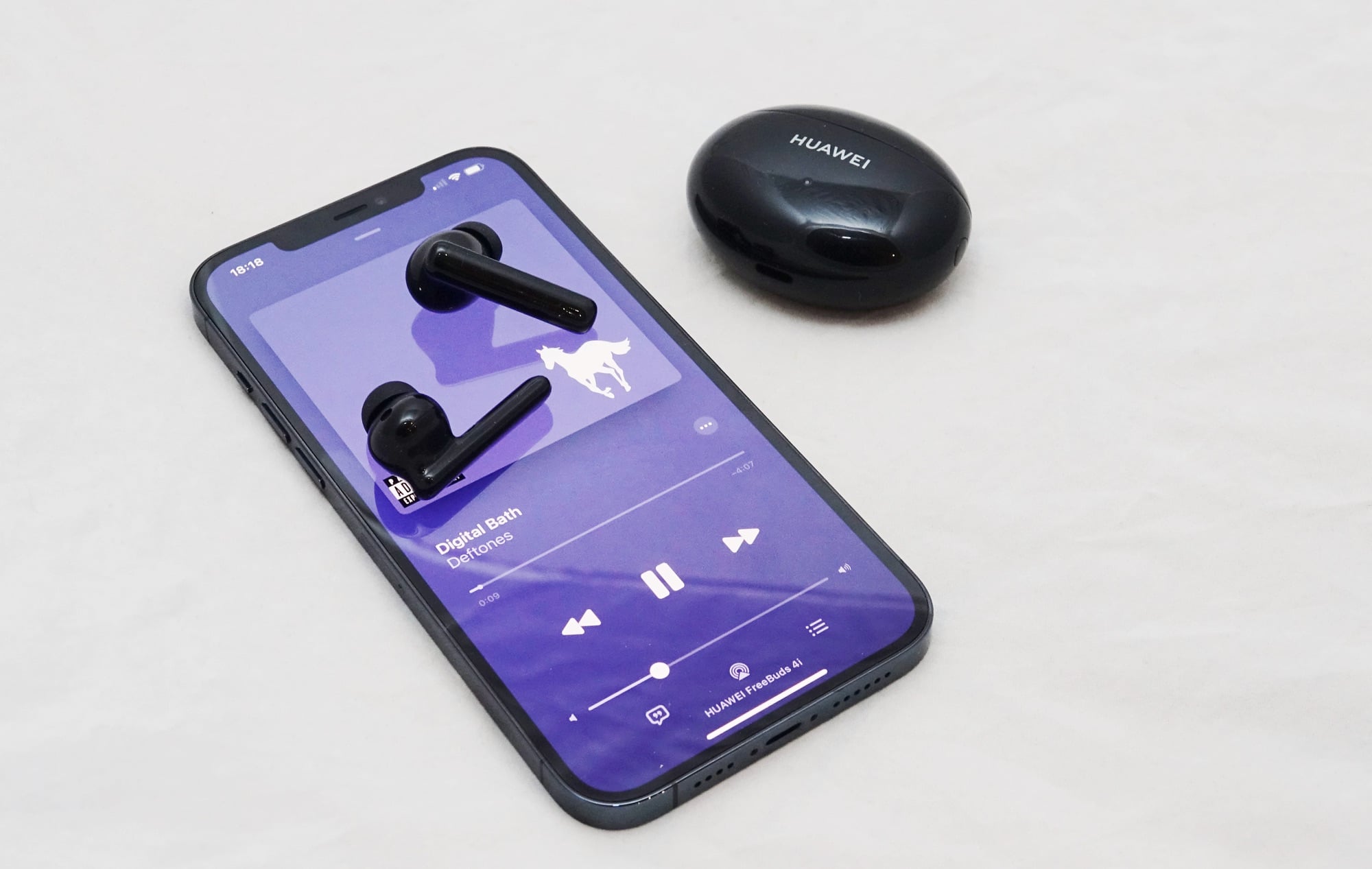 However, if you can live without the app and don’t mind some of the detail missing in action, Huawei hits a value few earphones really achieve.

Value is definitely the argument worth talking about here, simply because truly wireless ANC for $159 isn’t really something we’ve seen before. We’d suggest spending a little more than that, mind you, because better truly wireless noise cancelling earphones start at around $100 more at the $250 mark. Comparatively, that includes the Oppo Enco W51 and the older Sony WF-1000XM3, the latter of which will have dropped in price since they first came out back in 2019.

It’s definitely interesting to see Huawei improve its earphone technology, and the company is getting better. Seriously, if it just improves the sound and comfort, and makes an app — make a freakin’ app, Huawei — it might just have something worthy of the competitors.

For now, Huawei’s FreeBuds 4i are an improvement, offering noise cancellation made cheap, which is something to say the least. They could easily be better, but it’s a definite upgrade for the Huawei FreeBuds altogether. 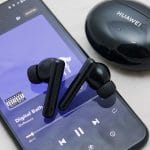 Huawei FreeBuds 4i
Design
Features
Performance
Ease of use
Battery
Value
The good
Sound will be acceptable for many
Compact size is always welcome
The not-so-good
Comfort and fit won't work with everyone
Bass lacks detail
No app for either iOS or Android is a glaring mistake
No wireless charging case
3.5