Apple isn’t the only maker of a pair of noise cancelling earphones. In fact, the Samsung Galaxy Buds Pro might just do it just as well in a smaller design.

Whenever we see the word “pro” in a pair of earphones, we’re pretty sure what it’s going to mean: noise cancellation.

And in the case of the latter, they might just be some of the best wireless in-ears around. 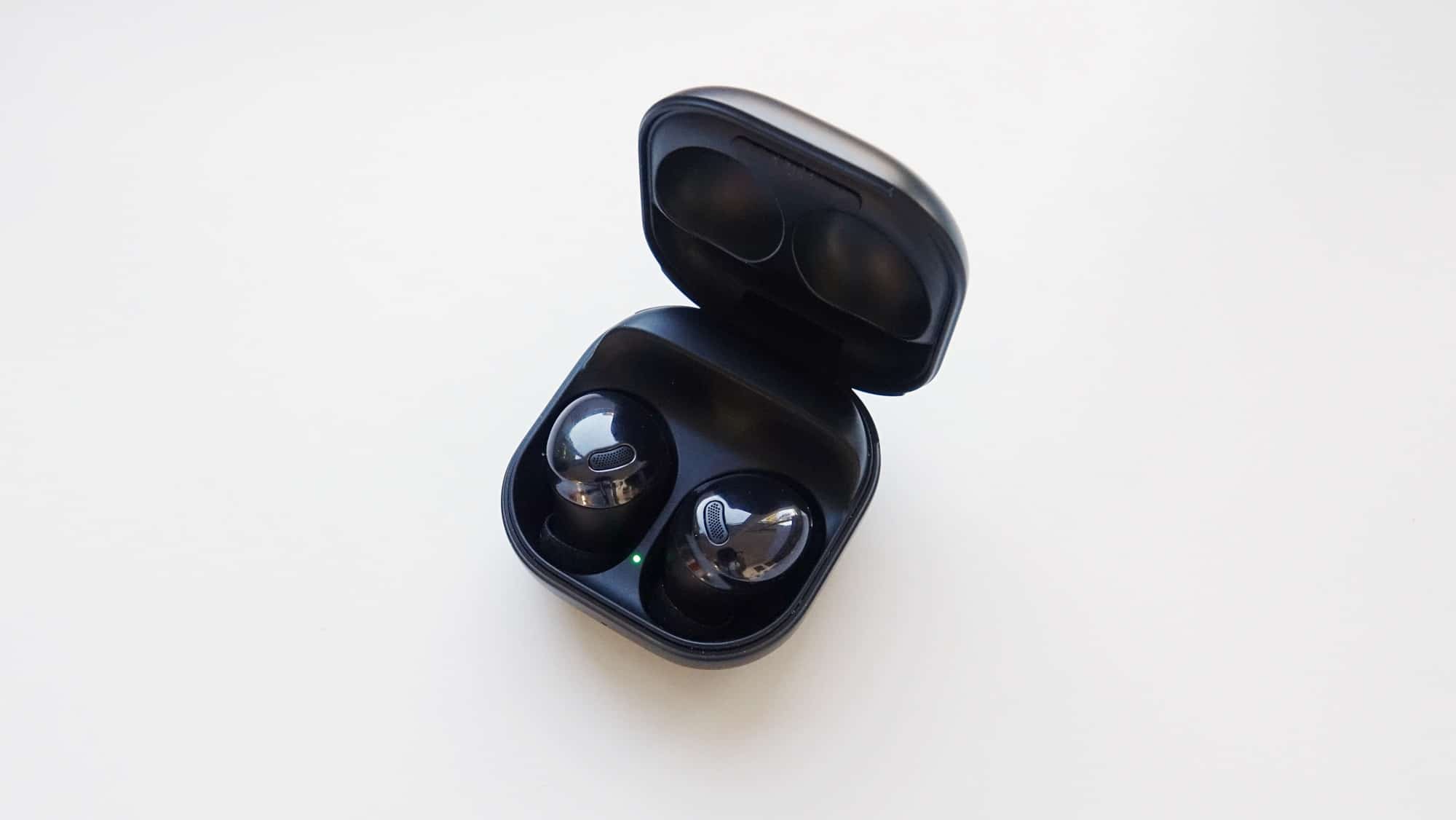 Small and shiny, the Galaxy Buds Pro aren’t your typical play on the AirPods. There’s no stalk so they’re just the buds, and yet they sit comfortably in the ear not just because they’re designed well, but because Samsung is using silicone tips to nestle themselves quite comfortably in your aural cavities, your ear hole.

That design has helped give Samsung a bit of a difference from its cousins in the Apple AirPods, and even the AirPods Pro, which are shorter than their respective AirPod cousins.

However the Samsung Galaxy Buds Pro are smaller again, and basically consist of an ovular earpiece with a shiny touchpad and earphone tips on the other side. It’s simple and easy, and they sit in a small squircle case that may actually be one of the smallest of the bunch. They also come with IPX7 water resistance, something you don’t always see on noise cancelling earphones.

Take the Galaxy Buds Pro out and you’ll see quickly how small they are, with easily some of the most pint-sized noise cancelling earphones we’ve seen to date.

These things are very small, and basically show another style that is clearly not derived from the AirPods.

They’re also easy to set up, and basically open and ready to connect on either Android or iPhone. Whichever you connect to, the Buds Pro will talk to the Bluetooth on our phone, but you can only get the app on Android. It doesn’t have to be a Samsung phone, mind you, just an Android. Without the app, you’ll miss out on customisation features and the ability to jump between high and low noise cancellation, making it kind of a desirable feature. 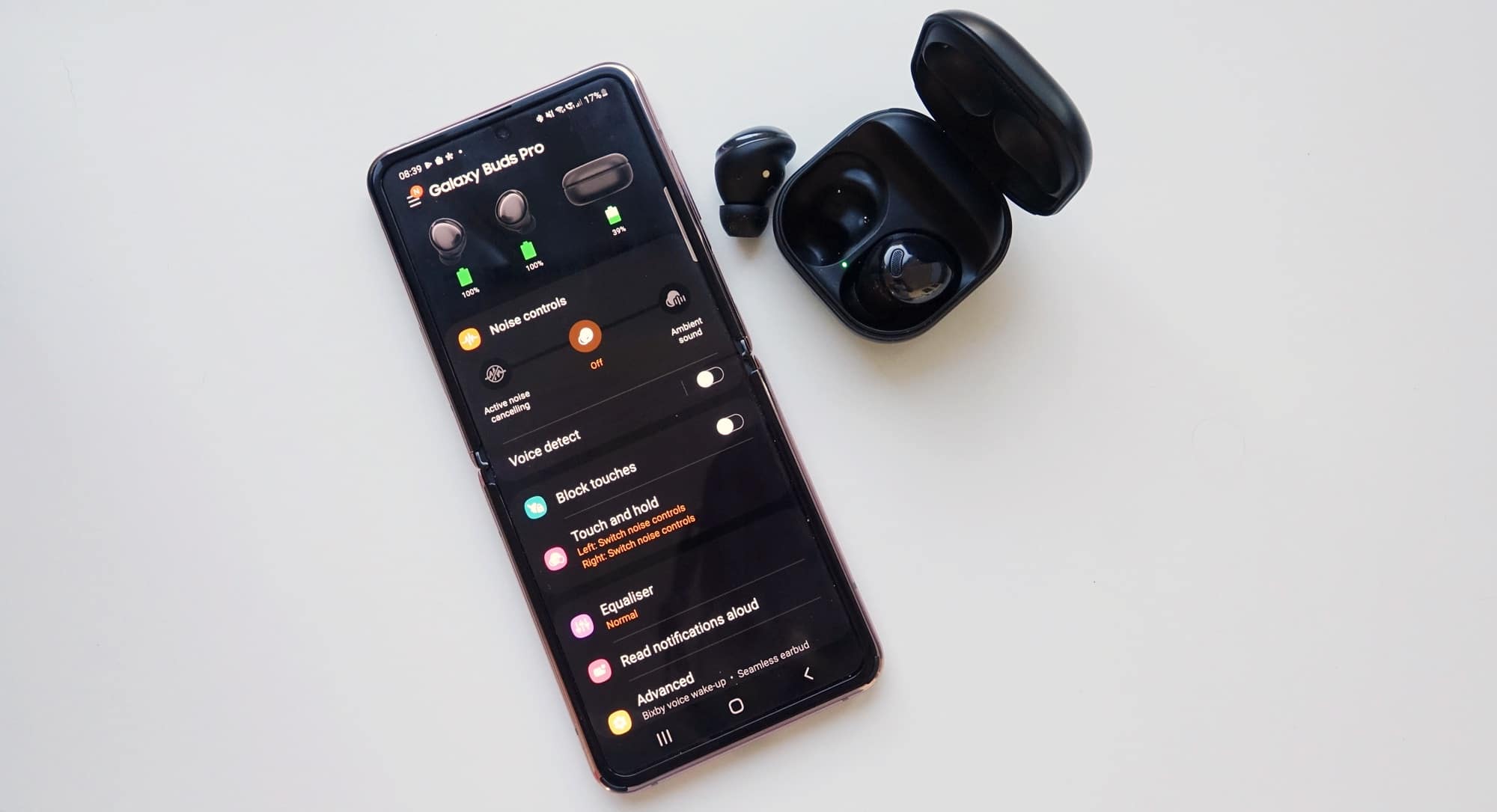 However at least one feature is specific to Samsung, with the ability to remember the devices as you jump between Samsung’s phones. That’s reminiscent of what Apple does with its phones and computers, and means you don’t have to pair and repair. This feature, however, is Samsung only on the Buds Pro, even if the earphones work on any phone or tablet, provided you have Bluetooth.

Once connected, controlling the Galaxy Buds Pro is handled over touch, with a single touch handling pausing and play, a double touch jumping a track forward, triple touch going backwards, and holding either side down for a second allowing you to switch noise cancellation on or off.

You can also change that long hold preset to be something else, such as triggering the voice command feature, but we left it as noise cancellation to ambient mode, as it provided a handy way to jump between the sound settings.

In short, they’re easy to control and mean anyone should be able to come to grips with the Buds Pro easily. 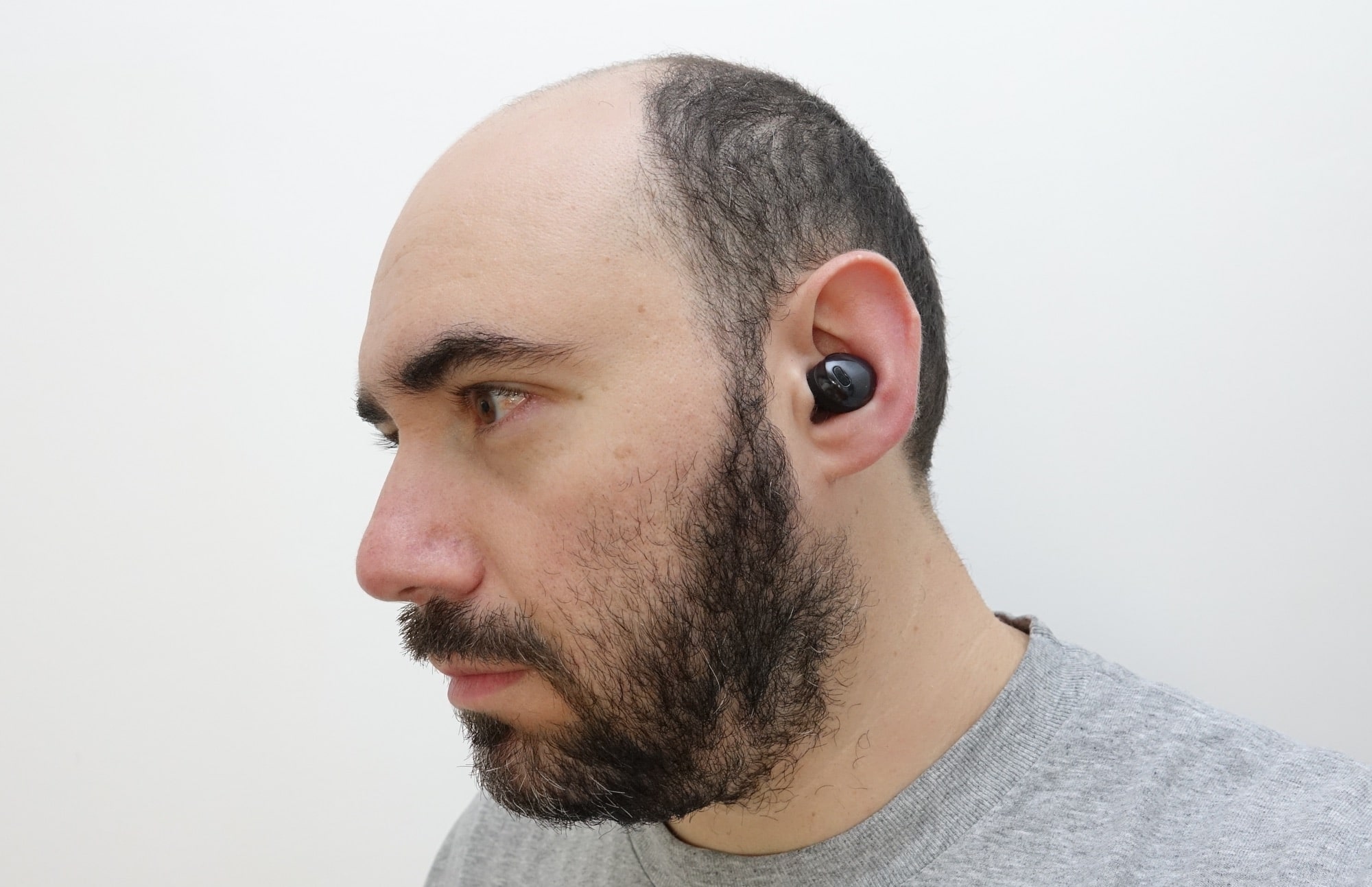 Testing with the Pickr Sound Test, which you can always hear for yourself and test your own headphones with, we were treated to a surprising balance with a decent punch in the bottom end.

In the likes of electronic. With Tycho and Daft Punk, little is lost amidst a great overall sound. The bottom end is tight with the boom of a bass drum, delivering nice highs and comfortable mids, and it’s much the same in pop, too.

In Carly Rae Jepsen’s “Cut To The Feeling”, we could hear the vocals amidst the rest of the instruments, and the crack of the drums wasn’t overpowering, either. In Ariana Grande’s “Into You”, the bottom end in the chorus is deep and clear without pushing things too far.

Some tracks fall back with an understated bottom end — Marvin Gaye’s “Ain’t No Mountain” felt a little lacking, for instance — but most tracks played through the Galaxy Buds Pro were well-rounded all the same.

It was much the same with rock and jazz, with the sound delivering on a quality that didn’t aim to overload, just offer a great balance all around. They’re not warm in the way Sony’s WF-1000XM3 achieves, but the balance is comfortable all the same, with some decent punch on offer, too.

Noise cancellation was also decent, but not the best we’ve heard. To Samsung’s credit, you get the choice of ANC on and ANC off with either low or high in the app, or just on and off on the harder. There’s also an ambient mode in case you want to hear through the earphones with cancellation on, which is a nice inclusion, too. 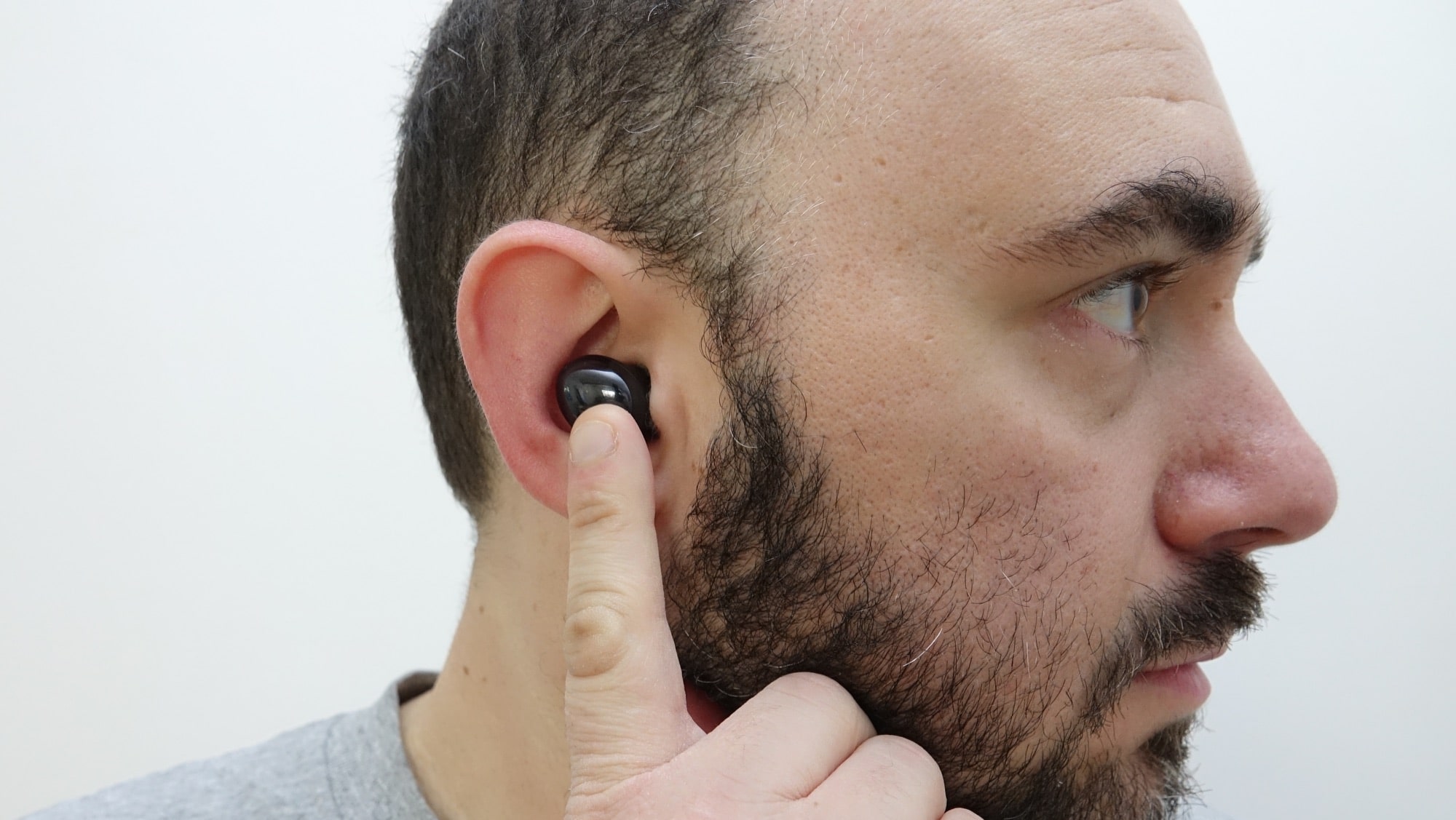 Alongside that pretty solid performance comes a battery life to match, sporting around five hours of actual time and up to 13 in the case. That’s a little under 20 hours of real-world time with cancellation on, though you can get more if you opt for a world that lets noise back in.

It’s hard for us to go back to a world without cancellation when we have it, but if you do, you’ll see the battery life rise from 5 to 8 hours on the earphone, and closer to 20 in the case.

However, we’re all for leaving cancellation on, since that’s primarily what these earphones are built for, and that’s where the battery life needs some work.

Take how it compares against the almost two years old Sony WF-1000XM3, which caters for up to six hours on the earphones and a good 18 more in the case. Granted, the Samsung Galaxy Buds Pro offer a smaller battery case, but Sony has Samsung beaten on battery life.

Still, it’s not a bad result, because the Galaxy Buds Pro are far more pocketable than a lot of other truly wireless earphones, which is a win. There’s even wireless charging built in here, too. 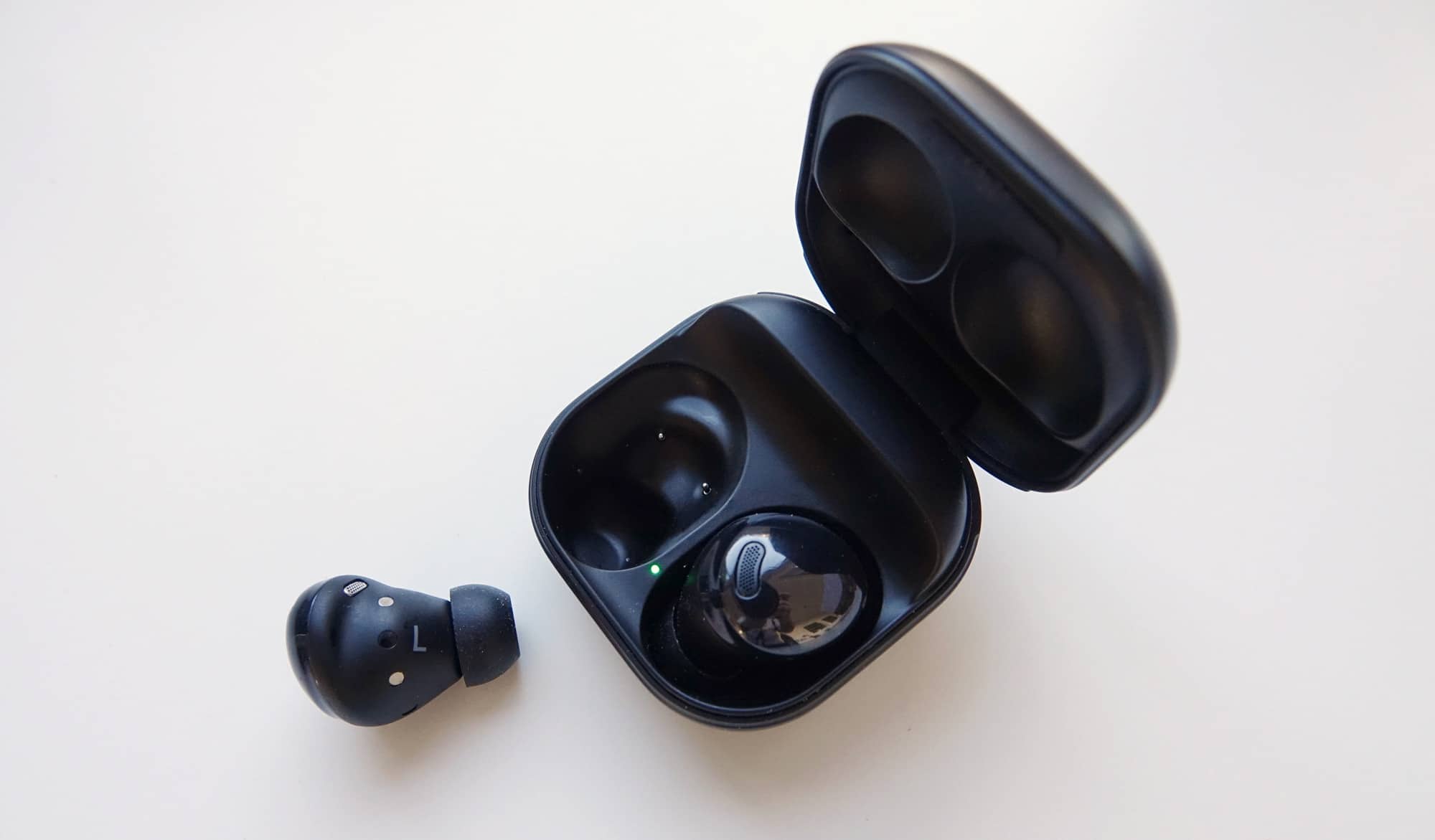 And at a recommended retail price of $349 in Australia, Samsung is clearly hitting the norm for what noise cancelling truly wireless earphones cost.

That is to say the Australian price is normal, a good $50 off the cost Apple charges for its respective model, but not exactly vying for some of the value other brands get, such as the Oppo Enco W51, which comes in at a hundred dollars less.

To put it simply, Samsung’s value is more or less where we expected it, but that doesn’t mean it’s the best value noise cancelling earphones around.

And while Samsung has delivered quite a bit with the Galaxy Buds Pro, including one of the smallest pairs of noise cancelling in-ears around, what the company has left out is a little surprising.

You see there’s an app for Android, allowing you to customise and control the earphones, but none of the same on iOS.

It’s a similar problem for the AirPods Pro on Android, because while the settings for the AirPods Pro on iPhone don’t exist on Android in any capacity, Samsung has more or less taken a page directly out of Apple’s playbook and ignored an app on the iPhone or iPad. That might read as in a fair move, but really, it’s the user who loses out, and it means if you love the style and sound of the Samsung Galaxy Buds Pro, you can use them on an Apple iDevice, but without the same flexibility an Android user has. It’s a shame, and something we expected a little better from Samsung.

You’ll get light cancellation and heavy cancellation, provided you’re on Android, but neither is really all that remarkable, truth be told. Samsung could do a lot better here, and we’re surprised it didn’t. There’s an “Intelligent ANC” technology here, but it doesn’t read as adaptive in our tests, even if it does an okay job.

Much like the price and battery life, Samsung does an okay job with the ANC, but things could be a little better. It’s not just the app or the ANC that we yearn for, but the fact that some of the extra features only work with the S21 phones. It means if you pair the Galaxy Buds Pro with an S21 range phone, such as the Samsung Galaxy S21 or the Galaxy S21 Ultra, you’ll find support for 360 audio to some degree, but only there. It’s a feature that could have been extended to other devices, but for some reason isn’t, and just has us questioning why. 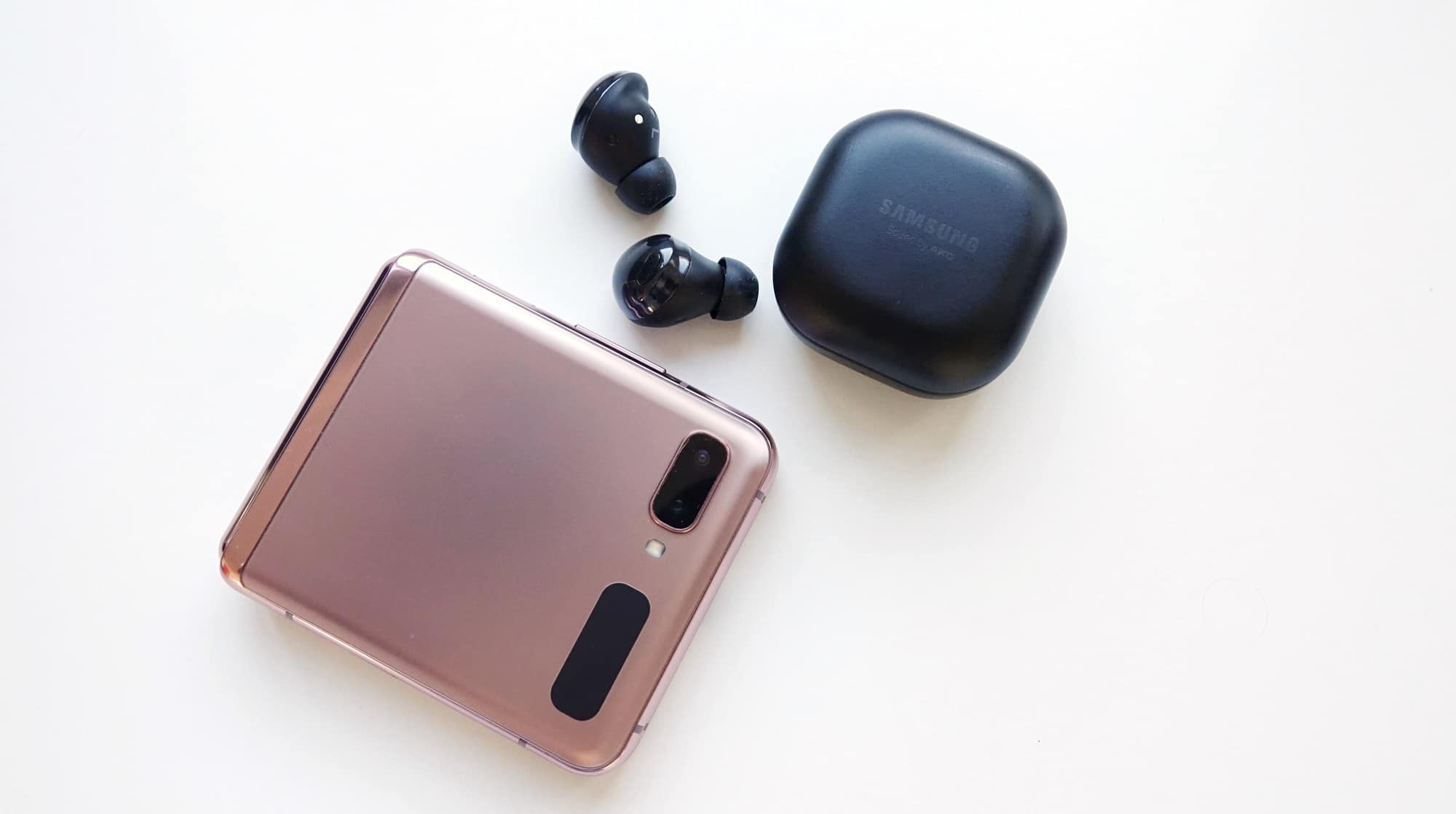 Even though things could be a little better, the Samsung Galaxy Buds Pro are a great all-rounder for Android owners. It’s effectively Samsung’s take on the AirPods Pro, and it achieves that goal spectacularly.

If you’re an Android owner looking for a pair of tiny noise cancelling earphones, these should be a consideration. Offering nice balance and a relatively good feature set, the Galaxy Buds Pro are worth checking out. 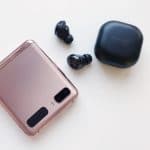 Samsung Galaxy Buds Pro
Design
Features
Performance
Ease of use
Battery
Value
The good
Very small
Great sound with decent balance
Supports wireless charging
Can be remembered between Samsung devices, much like how the AirPods are recalled between Apple devices
Water resistant
The not-so-good
No app for iOS
Cancellation could be a little better
Battery life could see a boost, too
At least one feature only works on the S21 range: 360 audio
4