Noise cancelling doesn’t always come from the big names. While Bose might have practically pioneered the technology, updating it again in the recent 700 headphones, it’s not the only game in town.

Recently over the past years, more players have emerged to take that company on, making the noise cancelling headphone space a whole lot more interesting. Beats with its Studio 3 and Solo Pro headphones, Apple with the AirPods Max, Jabra with the Elite 85h, and Bang & Olufsen with its H9 and special anniversary H95, to name a few. And let’s not forget Sony with its MDR-1000X a few years ago, updating and improving to the recent benchmark that is the WH-1000XM4.

There’s no shortage of noise cancellation choices in a pair of headphones, and plenty going on in the earphone space, as well, but you don’t see many noise cancelling options from local players.

As far as Australian noise cancelling headphones go, there’s the Nuraphones and the Audeara headphones, but not a lot of big headphones with local flair.

Australian case and phone accessory maker EFM is giving it a good go, though, and showing off what it can do with a pair of noise cancelling headphones that looks like a pair of headphones, complete with the slight touch of touch sensitive controls. That’s coming in the EFM Austin Studio. Now the question is if whether they’re worth your time, money, and ears, which is what we intend to find out. 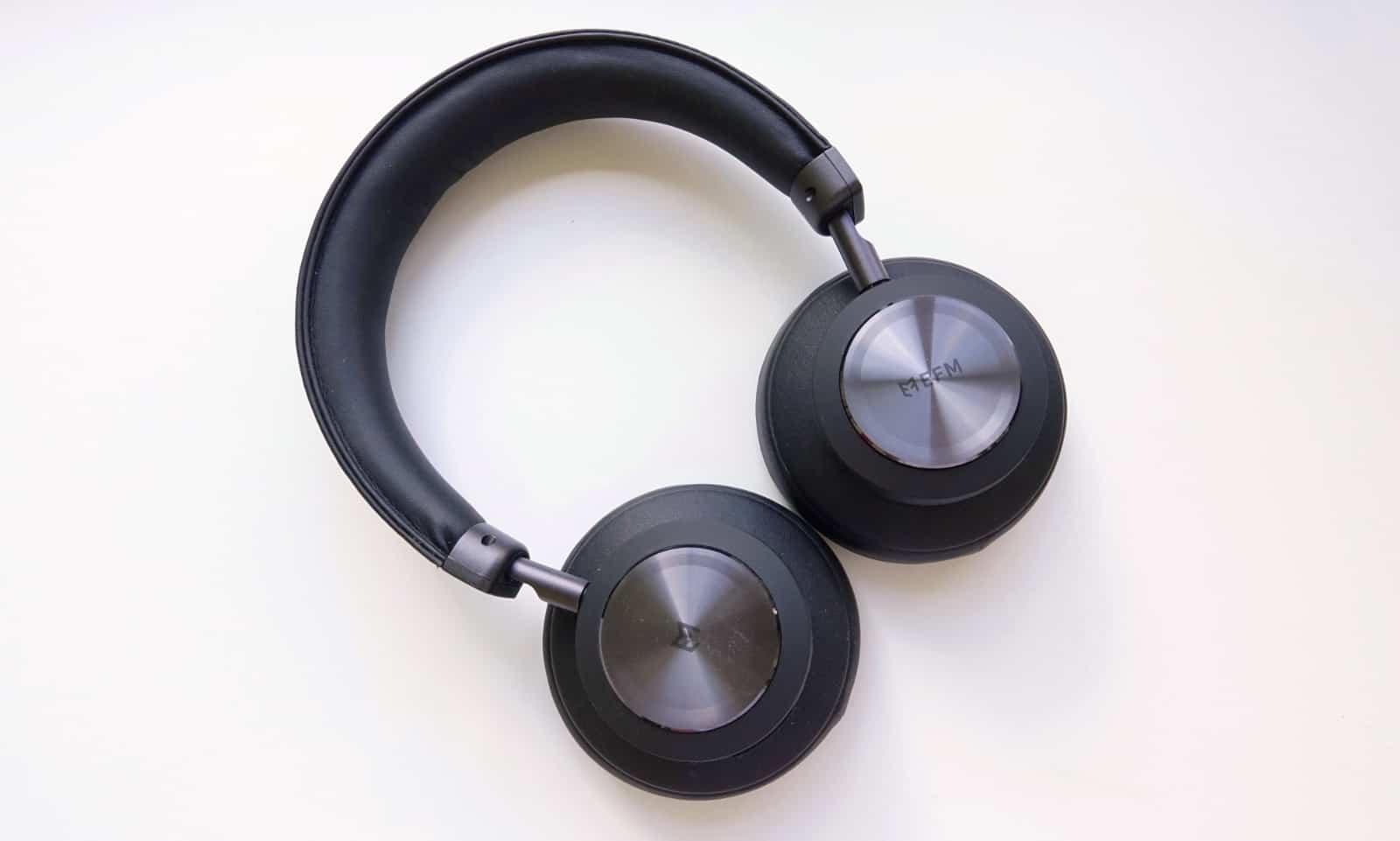 EFM’s take on noise cancelling headphones is one that looks like a pair of headphones, no mistaking that. While some headphones come with big stylised letters to indicate what they are, and EFM’s approach with the Austin Studio does feel like the company has taken a page of Bang & Olufsen, but beyond that, they’re just headphones.

A cushion-wrapped headband, with ear-cups to match, the latter of which hides a 40mm driver on each side, plus an active noise cancellation mode that can be used to let some noise in or cancel everything, that’s the gist of what the EFM Austin Studio headphones offers, complete with a fuzzy little case. 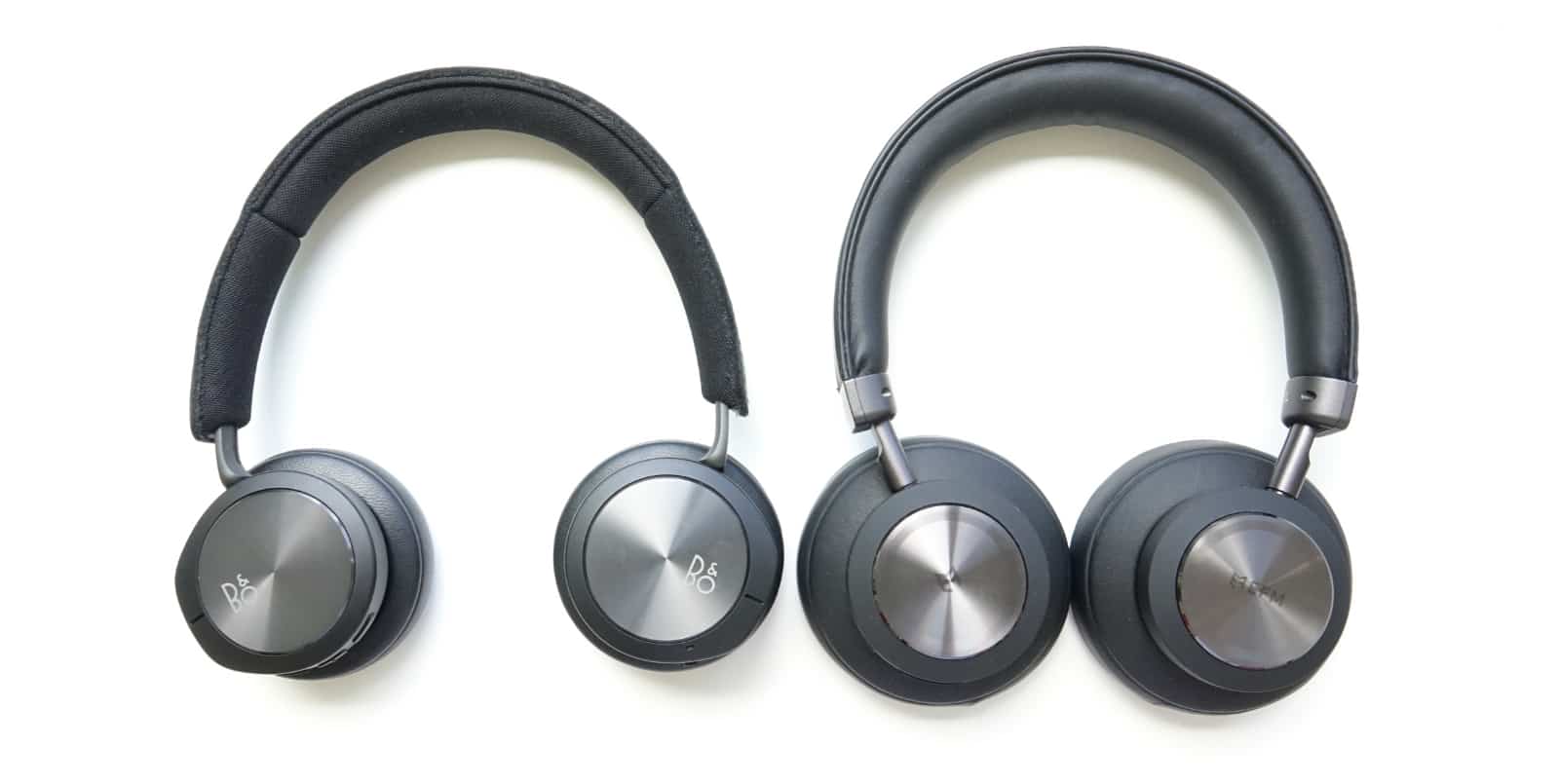 With a design that clearly channels “headphones”, you’ll find a combination of buttons and something else, because much like other headphones on the market, EFM is embracing touch controls, and that’s a good thing. In theory, touch controls allow companies to cut back on the number of buttons, and go with touches and swipes for headphone control.

Unfortunately for the EFM Austin Studio, the touch controls can feel more like a gimmick for the box, because they’re not really touch controls as much as they’re touch to pause and play, plus a hand cover awareness mode to switch on a transparency mode.

But that’s it for touch controls, with the right pad exterior being tap to pause and play, and temporarily switch into ambient mode. If you want to raise volume, there’s a button. If you want to switch tracks, it’s the same button for volume, you just hold it down on either side instead of pressing each side once. There’s an “NC” noise cancellation trigger, but that’s more or less use for turning noise cancellation on or off. There’s no app, either. 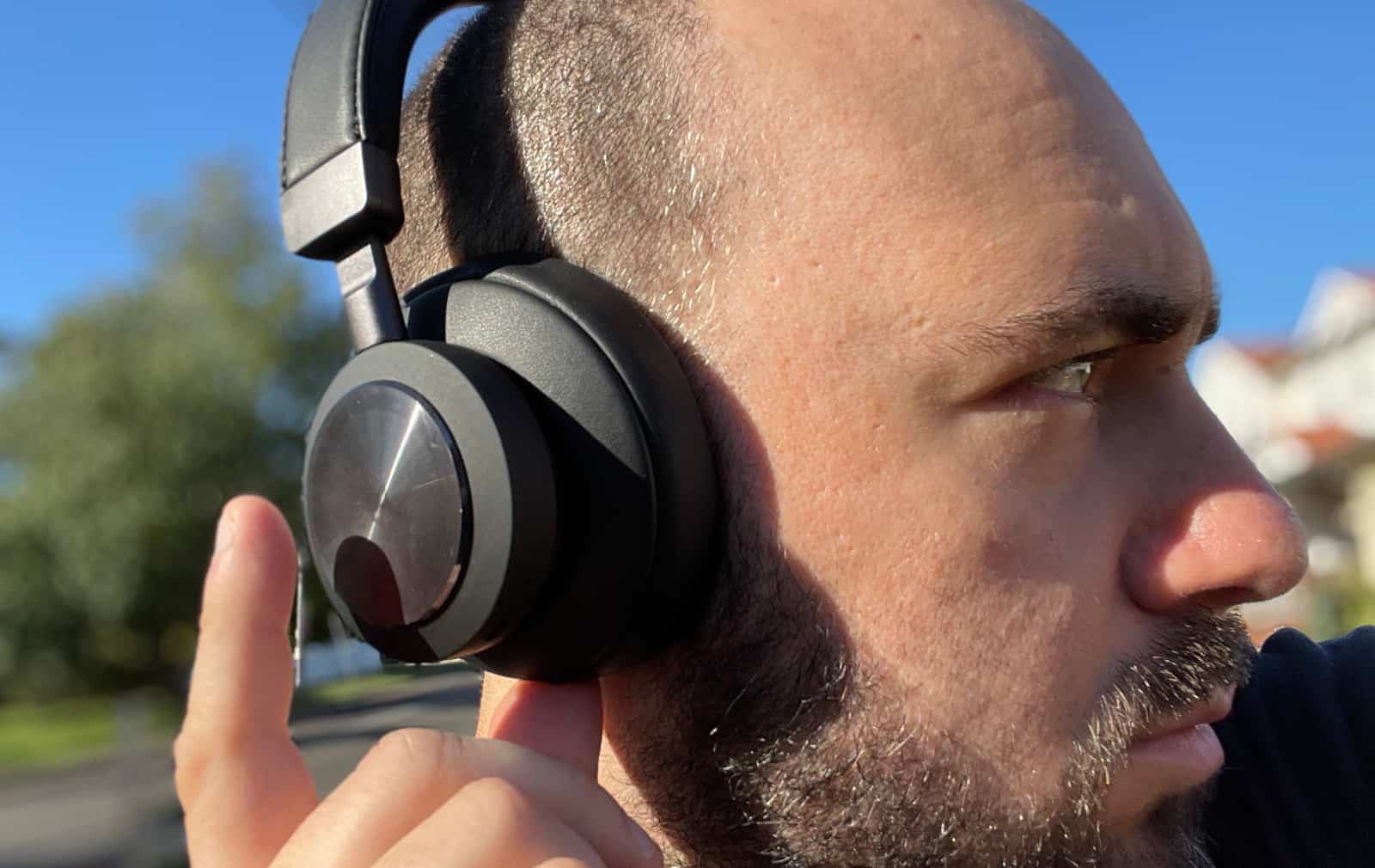 Fortunately, there’s more to a pair of headphones than how you control it. There’s the sound, and if that’s not something you’re going to like, clearly there’s no reason to consider them.

It’s why we take headphone reviews so seriously, and just like the other headphones and speakers we test, we’re running the EFM Austin Studio through the Pickr Sound Test, which you can check out for yourself on Apple Music, Spotify, Tidal, and YouTube Music.

That starts with electronic, and the likes of Tycho and Daft Punk, where the Austin Studio delivers a really hefty punch in the bottom end, but one that doesn’t sound remarkably clear. You can definitely feel the bass, something EFM appears to have made sure of, and the drop in Tycho’s “Contact” is plainly obvious, but the lower notes seem to topple these headphones, producing distortion all too easily. That bottom end is so strong that you can’t hear the mids as much, either, with the rest of the music restrained against the bass, which comes across like a thunderous lion desperate to escape.

Move to more poppy music and we hear more of that bass overload, while the mids come out shallow. You can hear the highs of Carly Rae Jepsen’s vocals, but there’s little depth to speak of, while the synthy sounds seem to need something else. 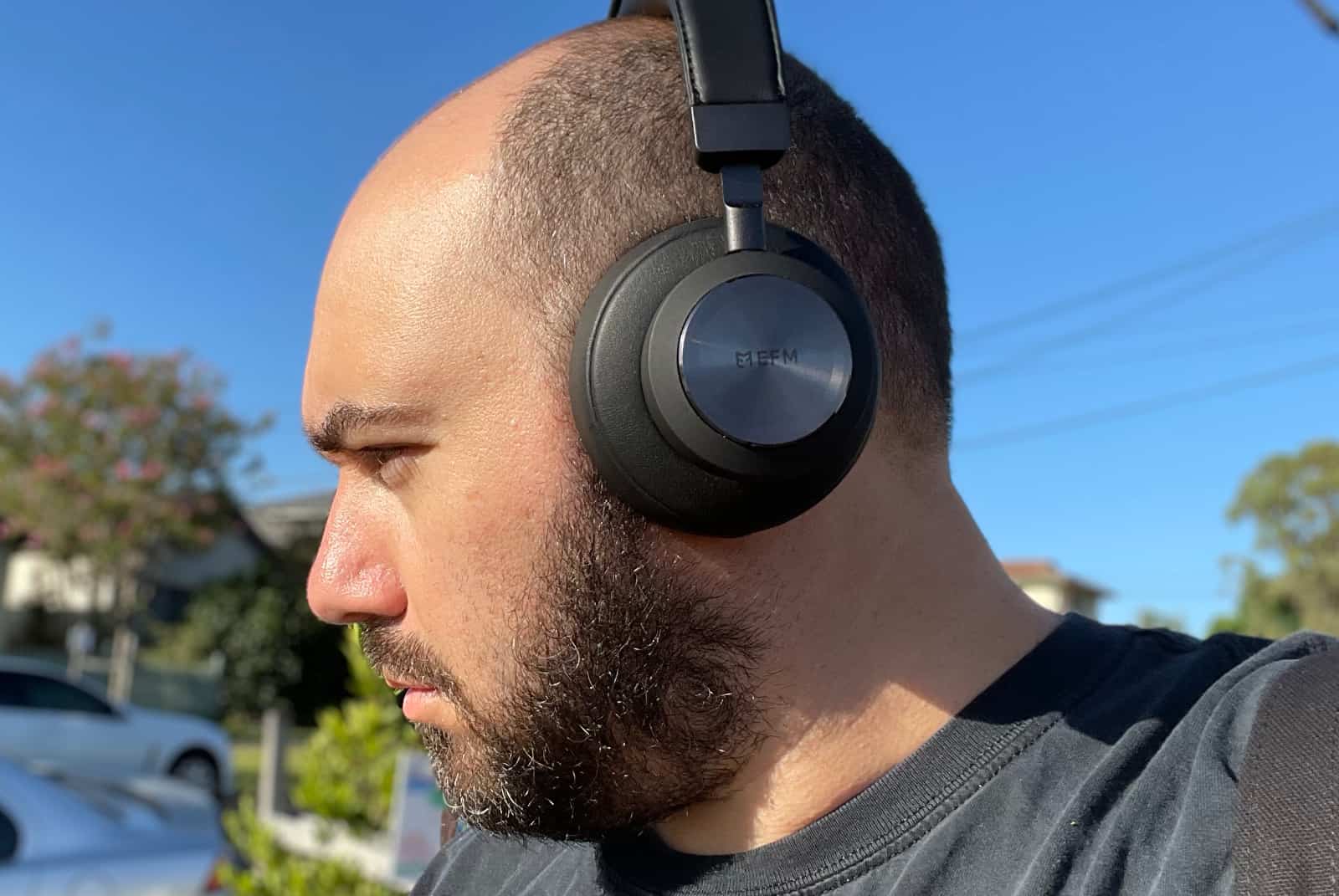 That became a trend for much of what we heard: music with punchy bass could overpower, but the highs were still bright, with the mids suffering. Songs without the heavy bass felt a little more balanced, but as if the soundstage was flat.

Take older music: Marvin Gaye’s “Ain’t No Mountain” delivered a flatter sound that was easier to listen to, but lacked much personality. Bright in the vocals, something in the mids, not much in the bottom end.

It was much the same in jazz and classical, while rock from older ages matched the flat sound and rock that was new was a little meatier and bassier.

Essentially, the EFM Austin Studio are bright and bassy, a sound profile that won’t match everyone, but may appeal to people who prefer their sound to punch hard, yet still shine somewhat. 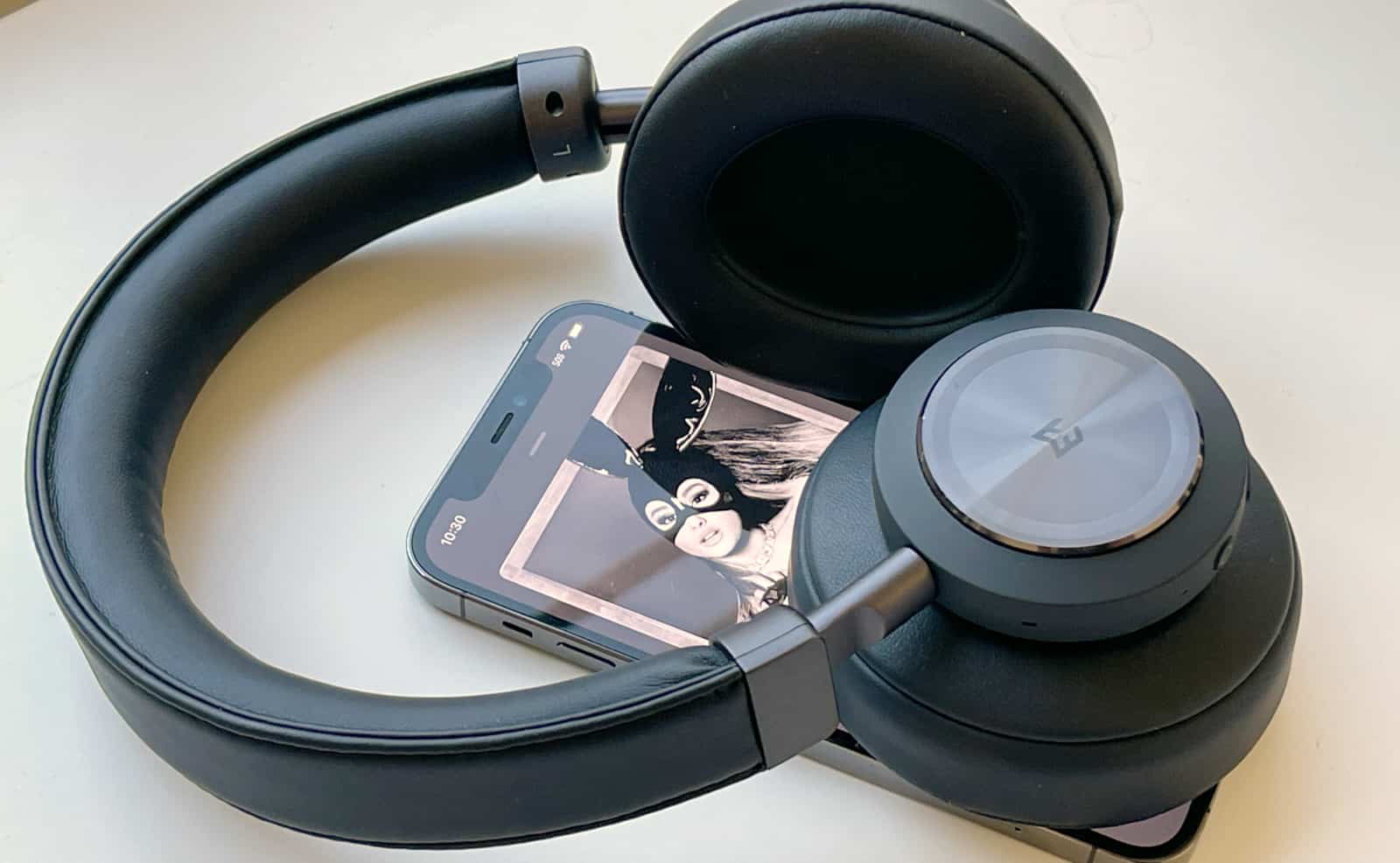 While the performance needs work, the battery is more than acceptable, with around 20 hours of playback on offer from the EFM Austin wireless headphones when noise cancellation is switched on, and a little over 30 when it’s off.

That’s not bad at all, and should work fine for most people, with the USB Type C port on the bottom providing easy access for charging. These days, everyone should have access to USB Type C, whether you charge a phone that way, maybe a laptop, or just because you normally carry a spare Type C cable for funsies.

We have issues with the price, however, or the recommended retail price, anyway. At $349.95 RRP, the Austin Studio headphones feel like EFM is over-reaching.

The street value is easily more enticing, and starts to make more sense. A quick glance funds the EFM Austin for around $250 in Australia, which is a lot better for what’s on offer in these headphones, though also starts to hit near the street pricing of other better headphones, including the current benchmark, Sony’s WH-1000XM4, and to an extent the Sony WH-1000XM3, if you can still find them.

EFM doesn’t have an audio background or heritage, and while we’ve seen some nice accessories out of the Aussie brand, the Austin Studio ANC headphones feel like they should be less expensive overall. We could see $250 RRP with a little less on street value. If you could find these for around $200, you’ve not done badly. 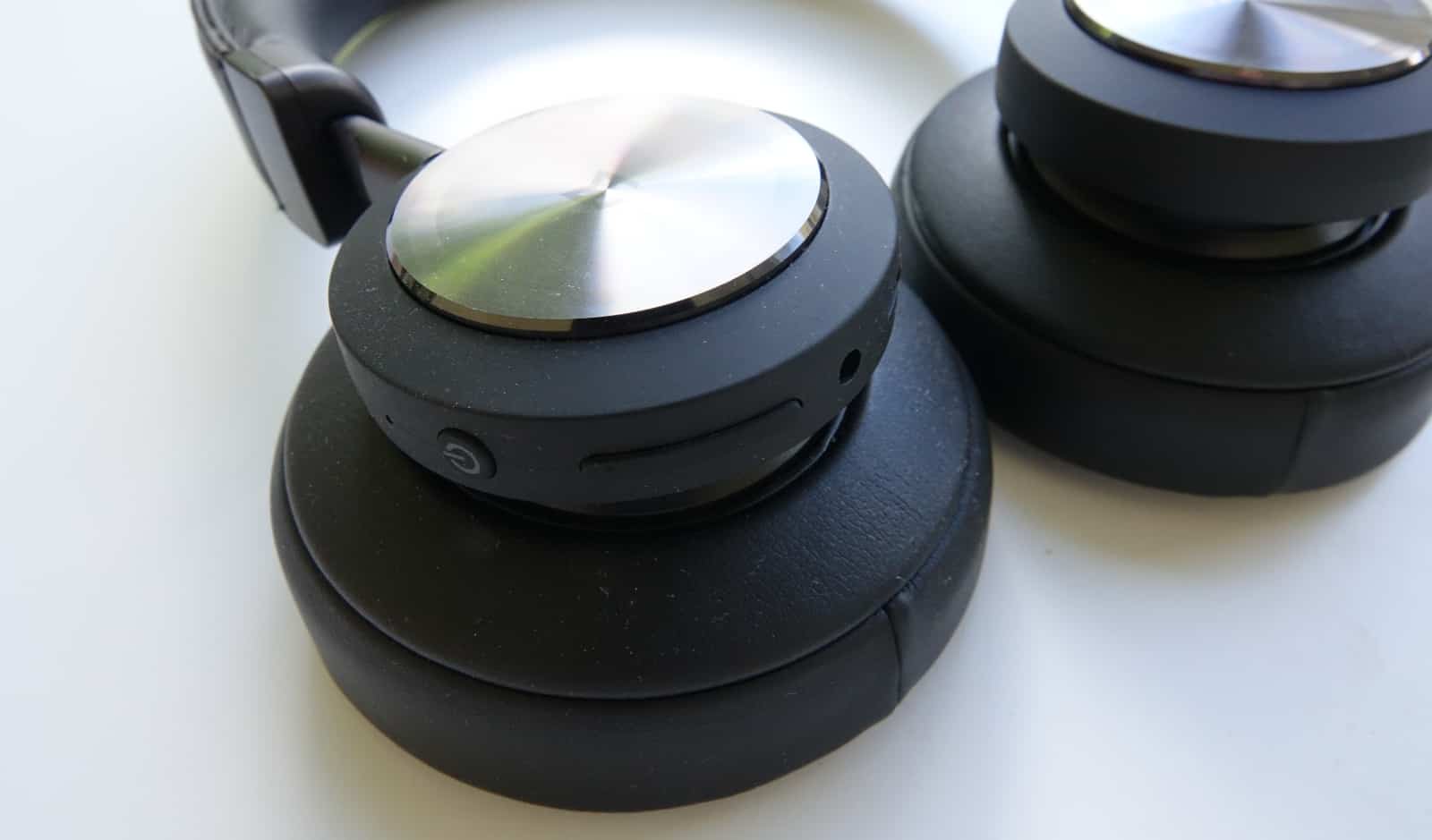 And that’s partly because as a first effort, the EFM Austin aren’t bad, it’s just it feels like they’re competing with better earphones not far from their own price. The street price of Sony’s WH-1000XM4 is around $370, and depending on where you look, you may find the still excellent XM3 for less.

In comparison, EFM’s Austin don’t perform nearly as well, and they seem priced this way simply because noise cancelling headphones tend to be priced like this: highly.

The controls are also not fantastic, and the sound can be quite shallow, too, favouring bass above all, and yet distorting a little too easily. While we suspect that’ll be fine for many, it’s not an amazing pair of headphones, but rather one that sounds acceptable. Bright and boomy, but with room for improvement.

Overall, the sound quality is reminiscent of the trend we expected this year: good sound for all, regardless of who makes it. That’s part and parcel of more manufacturers having access to the chips that make this happen, and that’s good.

However EFM may not have the expertise yet to iron out the kinks, because they’re in there. Parts of the mids and bass that attract easy distortion, and yet mids that sound shallow, causing the tracks to sound flat overall. Noise cancellation that works, but can’t be tweaked or customised, despite being in a world where customised active noise cancellation is becoming the norm.

EFM makes a case that it has a good sounding pair of headphones for many tracks, but doesn’t complete the message. It’s a pair that says we’ve got your budget pair of noise cancelling headphones sorted, but doesn’t convince you totally why. 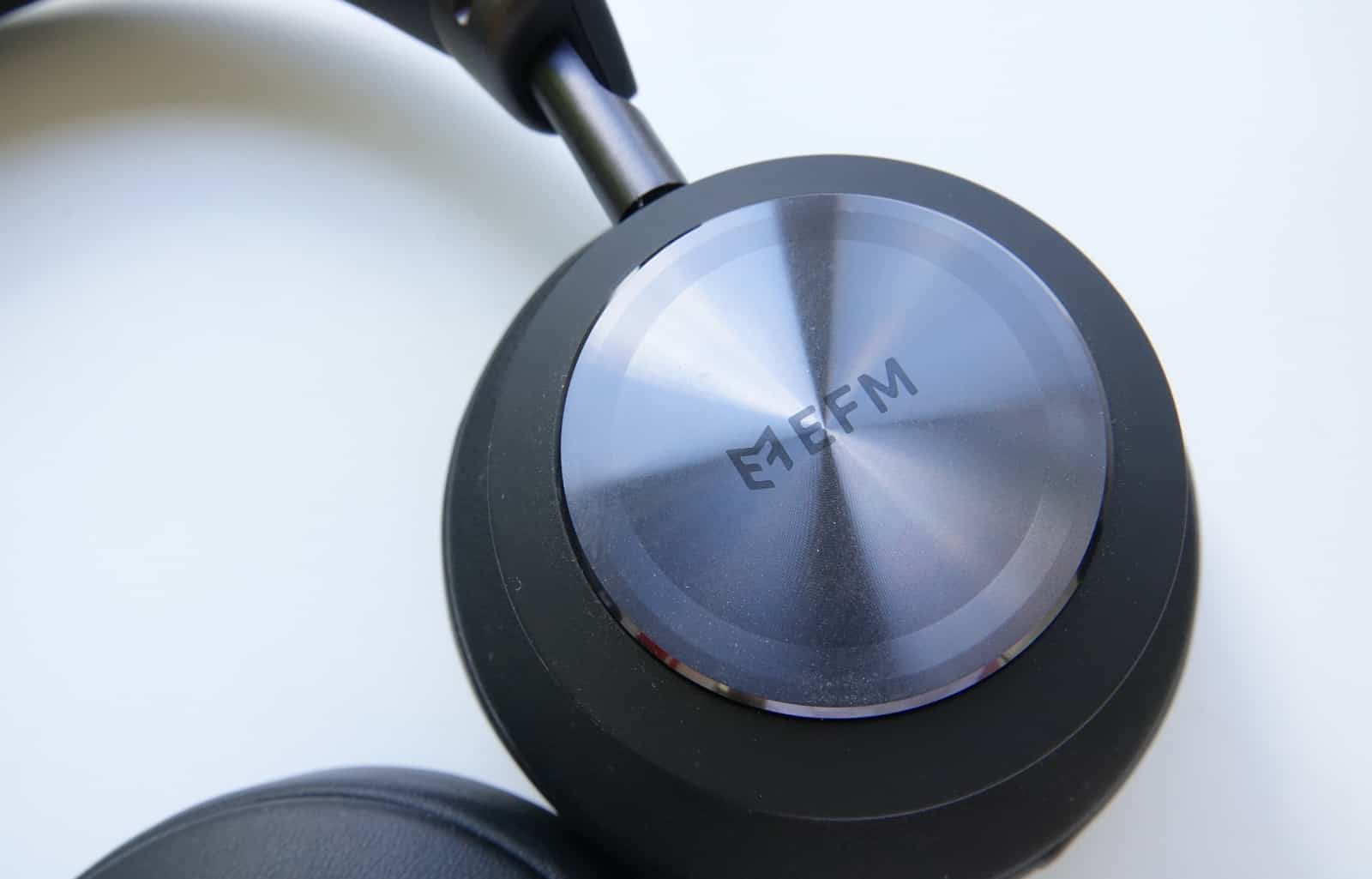 But for the price, we could see people glancing their way, and for a first try, the EFM Austin Studio aren’t bad at all. There are clearly some areas EFM could make some improvements, and make us wonder what a second generation will look like for these headphones named after a place in Texas, or even someone’s name.

For now, they’re the sort of headphone that makes sense at the $200 mark, but once you start looking beyond it, you’ve got a whole bunch of others that balance the sound a little better overall. 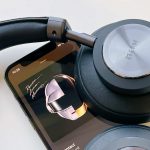