LG kicks off 2021 with OLED TVs for more price points

LG’s range of OLED and LED-backlit TVs are more diverse this year, as the tech arrives in more ranges.

If you’ve been wondering whether 2021 was the year you’d upgrade your TV, there’s yet more reason to tempt you. While CES 2021 wasn’t quite the in-person affair we’ve been used to, the TVs that normally get shown at the world’s biggest technology show still got a showing, and a few months later, they’re ready for release, too.

The normal TV changeover time is between April and June, which is when big name TV manufacturers typically release new hardware while putting the old ones on sale, and that certainly seems to be true this year, as well.

Samsung has already launched its range of TVs for the year, and while Hisense has shown its screens at CES, as has Sony, no one has joined Samsung with release plans for its 2021 slate of screens in Australia.

But this week, LG is ready with its slate TVs for the new year, release many of the choices it showed back in January, focusing on 4K and OLED in droves.

There will be main model ranges for both LED-backlit LCD TVs and for LG’s OLED TVs this year, as the company aims to offer more options for Australians looking to upgrade their screen size and picture quality. 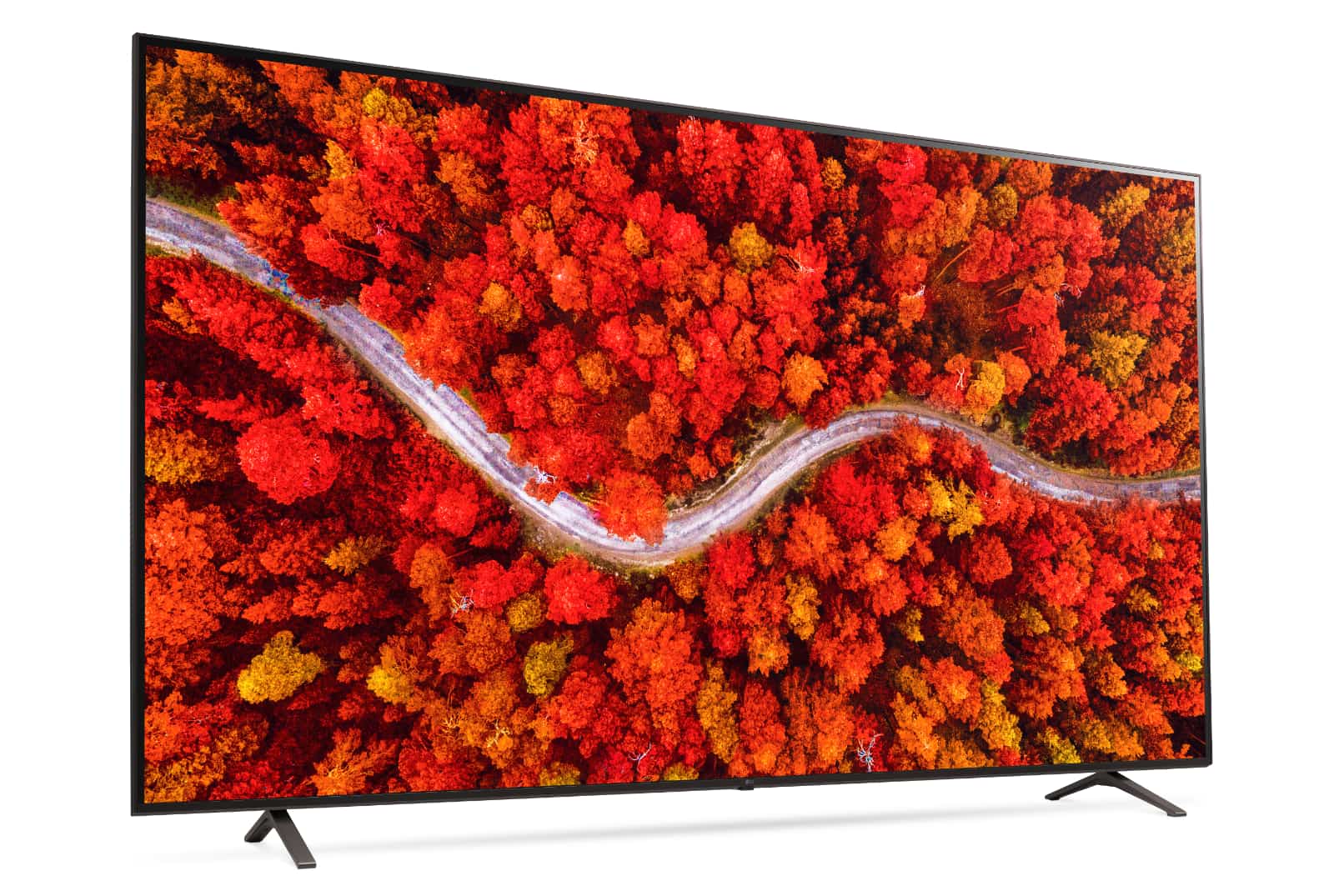 In the LED-backlit world, there’s both a standard 4K TV in the UP80, which starts at $949 for a 43 inch and spreads up to an 86 inch UP80 (above) for $3505, basically making this the inexpensive big-screen TV option for LG this year, much like Samsung’s “AU” model for TVs.

However if you’re after a little more from an LED-backlit TV, the nano-cell quantum dot TVs will arrive in the Nano 75, Nano 77, Nano 86, and Nano 91 (below), starting from $1599 depending on the model. 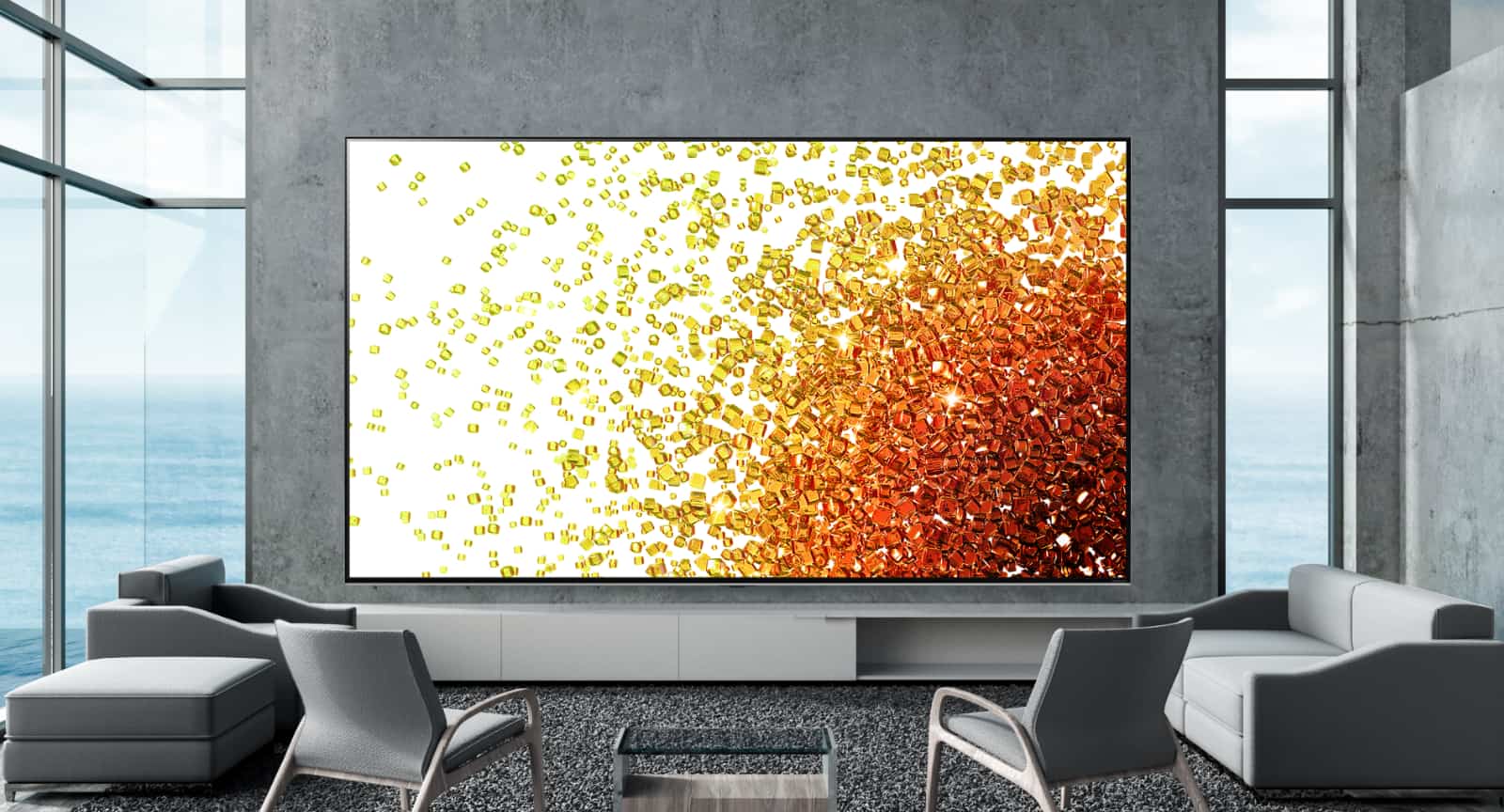 Perhaps bizarrely, there’s no mention yet of LG’s QNED technology, which blends the nano-cell colour honing quantum dots with small blocks of LED-backlighting that is mini-LED. That technology has been called “QNED” by LG, and appears to be missing in action in this release, possibly not coming to Australia given the wide selection of OLED options we’ll be getting.

Specifically, there are five ranges of OLED TVs for LG in Australia this year, starting with the A1, which shares quite a bit with its LG B1 OLED TV, and then again with the LG C1 OLED TV. 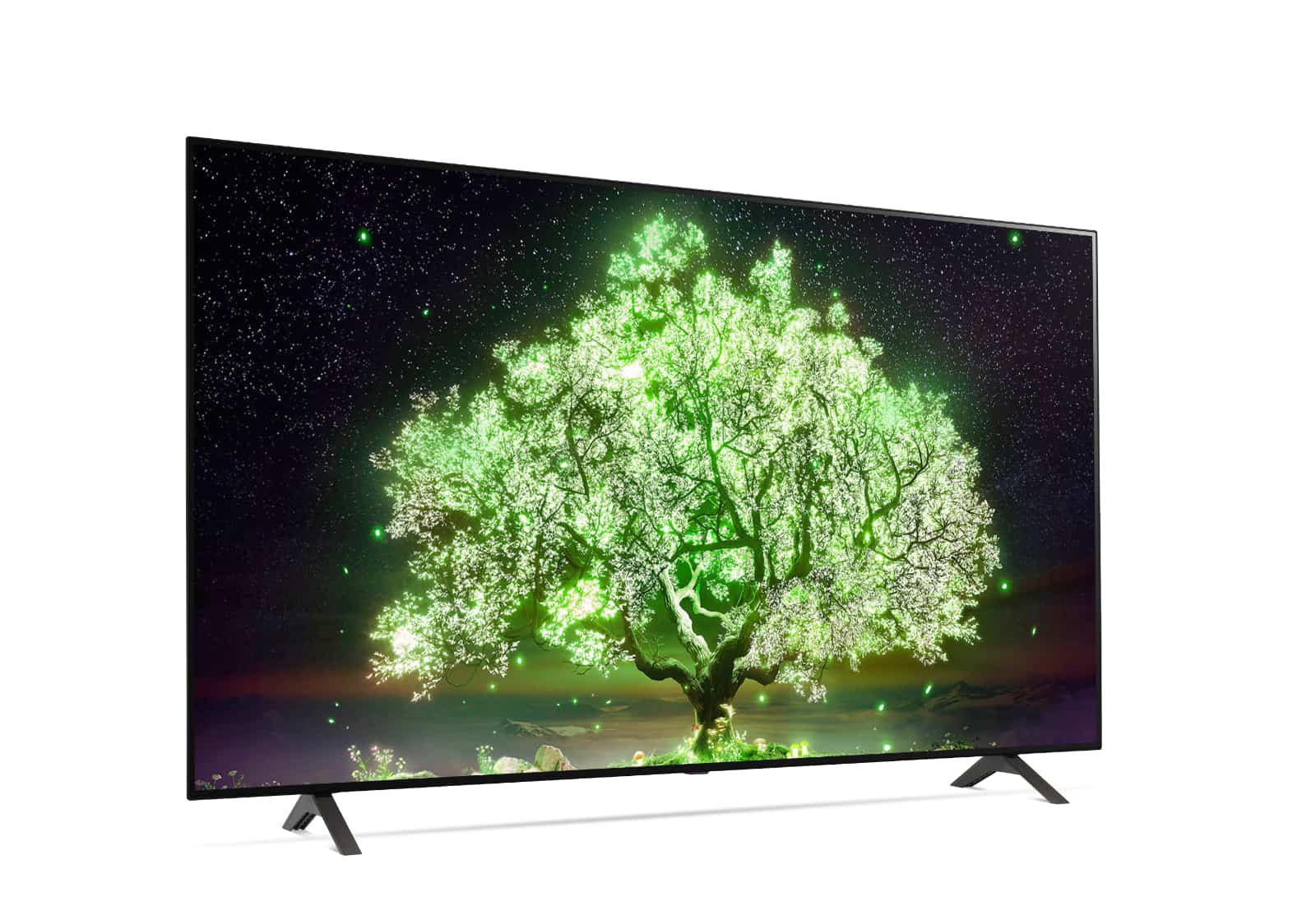 LG’s A1 TV also gets LG’s Alpha 7 generation 4 processor, which isn’t as fast as the Alpha 9 it has in higher-end TVs.

A little higher, the LG B1 OLED TV (above) will offer a 55 inch for $3399 and a 65 inch for $4599, which sees almost identical specs to the A1, complete with the same chip, but adds support for the Motion Pro technology and the high-frame rate, while upgrading the sound output from 20 watts in the A1 to 40 watts in the B1.

Gamers may also like the LG B1 more than the A1, as this is the model that gets support for both AMD FreeSync and Nvidia G-Sync, with that missing on the less expensive LG A1. 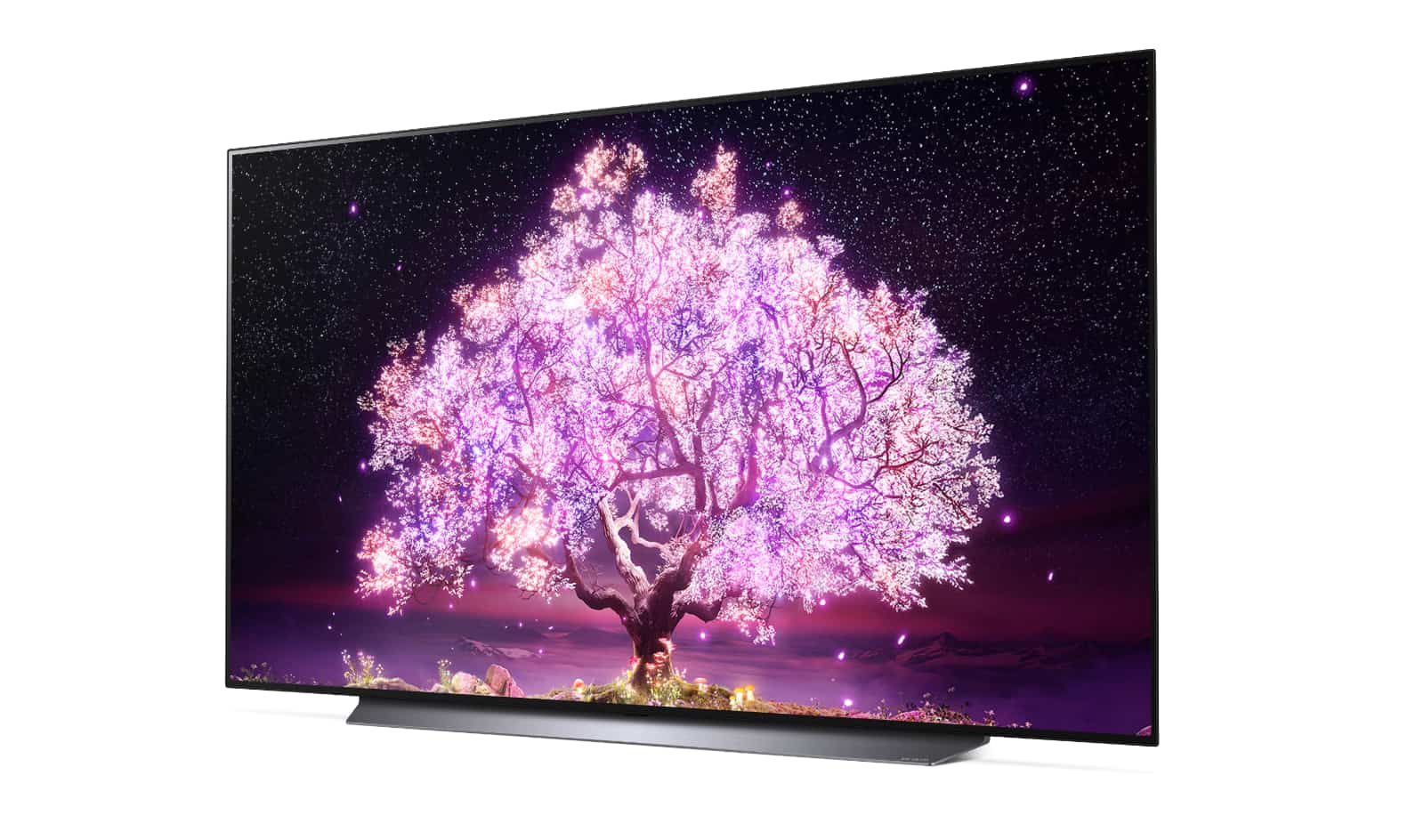 And perhaps rather surprisingly, the LG C1 OLED TV (above) is about a hundred dollars more on each model, upgrading the chip in the B1 to the more impressive Alpha 9 gen 4, but keeping everything else much the same as the B1, except for the design. 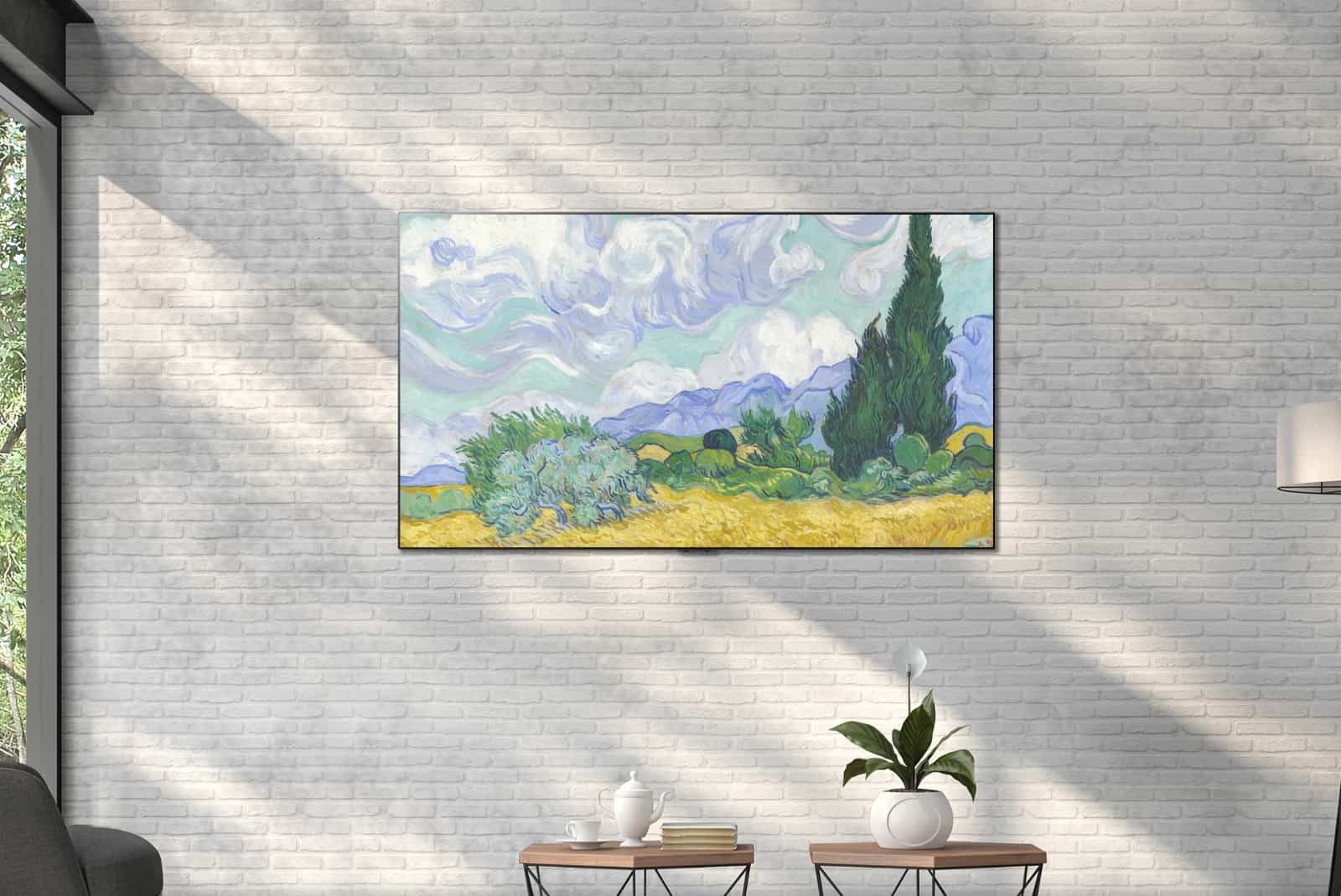 Beyond the LG C-series OLED, there’s the LG G-series in 2021, the LG G1 (above), which reads like an LG C1 but with a few improvements. The design is a little clearer and made to be mounted, making it a little reminiscent of Samsung’s lifestyle TV, The Frame (but in OLED), while the sound is upgraded from 40 watts to 60 watts.

There’s also support for Dolby Vision IQ in the LG G1, which uses metadata in programming to work out how to best light what you’re watching to deliver the optimum viewing experience. 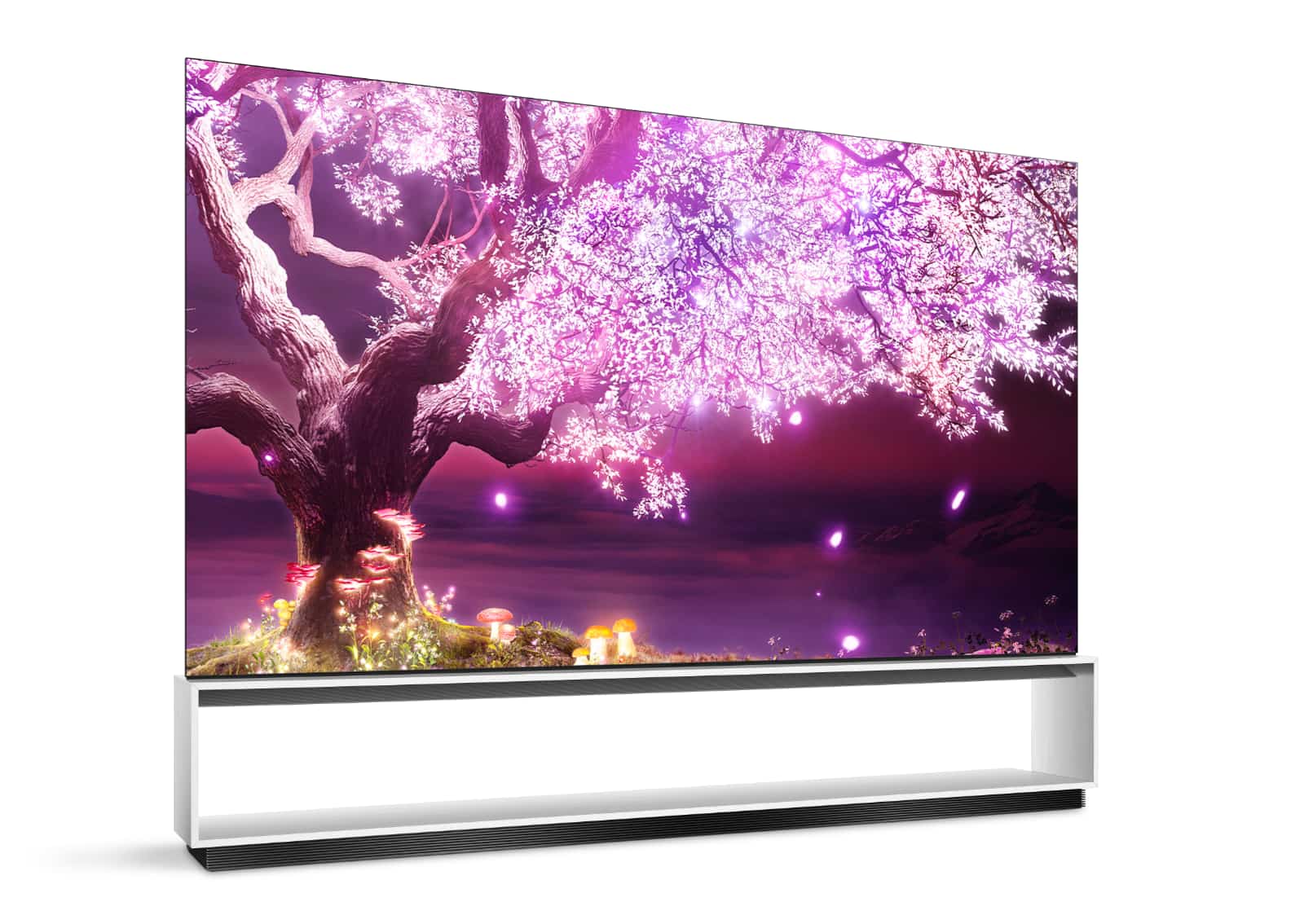 These are bigger, but they also venture beyond the 4K maximum throughout the range, delivering an 8K OLED picture, even though 8K content isn’t easy to find.

“In 2021 we are making OLED even more accessible to Australians,” he said. “This roll-out is just the tip of the iceberg for what’s to come for Australians looking to upgrade their home entertainment this year. We will announce more soon.” 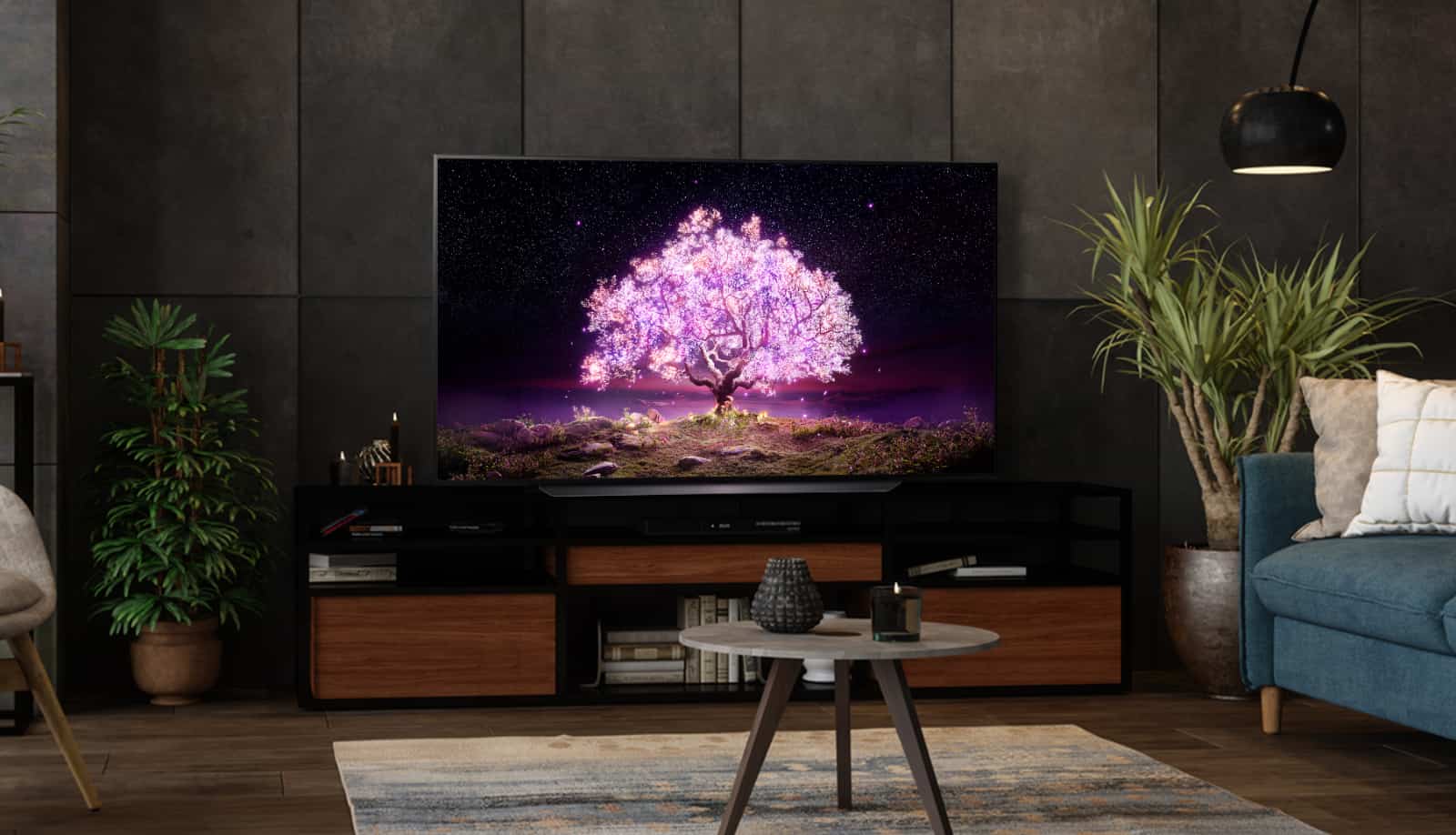 While LG has yet to say what that “more” will be, that could include the fabled QNED TVs we heard about earlier. If we’re lucky, it might even include some semblance of 8K content, as well.

What it may not have, however, is something LG Australia confirmed earlier in the year at CES, which was that webOS 6.0 would unlikely be made available to previous LG TVs, meaning its newly refreshed smart TV operating system upgrade would be limited to this 2021 range of LG TVs, and not the models found in the past year, or anything earlier.

As for the rollout time for LG’s 2021 TVs, we’re being told to expect them across retailers in Australia over the course of May.