With spatial audio now available on music services, the way you listen to music has changed, and here are ten great examples of how.

Music is changing, and technology is the reason why, as audio benefits from the improvements in headphone technology. That’s not thoroughly unusual: the better your listening gear, the better your experience is likely to be, though it’s not always the case. Sometimes, it’s the way the music is delivered.

With the arrival of Dolby Atmos in music, the tracks you love are gradually being expanded to support a wider stage, positioning sound in various ways so that the music sounds bigger than just fired at your ears. Sounds can be positioned with timing and space, and while big Atmos speaker systems and soundbars such as the Sonos Arc can time those sounds around your room, new headphones can track your head’s relative position and play that, too.

Devices like the recent AirPods 3 and 2019’s AirPods Pro can work with Apple Music for a dynamic head-tracked version of spatial, helping to make you feel as if you’re inside the music, giving you a totally new experience.

One of the things we’re loving about Atmos right now, particularly Apple’s dynamic head-tracking Atmos, is that we can open the noise cancelling right up and hear the outside world, and then turn our head, and it sounds like the singers are right in front of us, playing a personal concert only for us.

It’s something you don’t normally get with standard stereo listening, and is a real treat.

So we’ve selected ten albums that really stand out for us to let you dive into music in spatial audio. Whether you’re grabbing a pair of decent headphones and listening with Atmos’ wider soundstage, or grabbing one of Apple’s AirPods variety with dynamic head-tracking, these are albums worth experiencing all over again or even for the very first time, and showcase just what spatial audio can do for music. 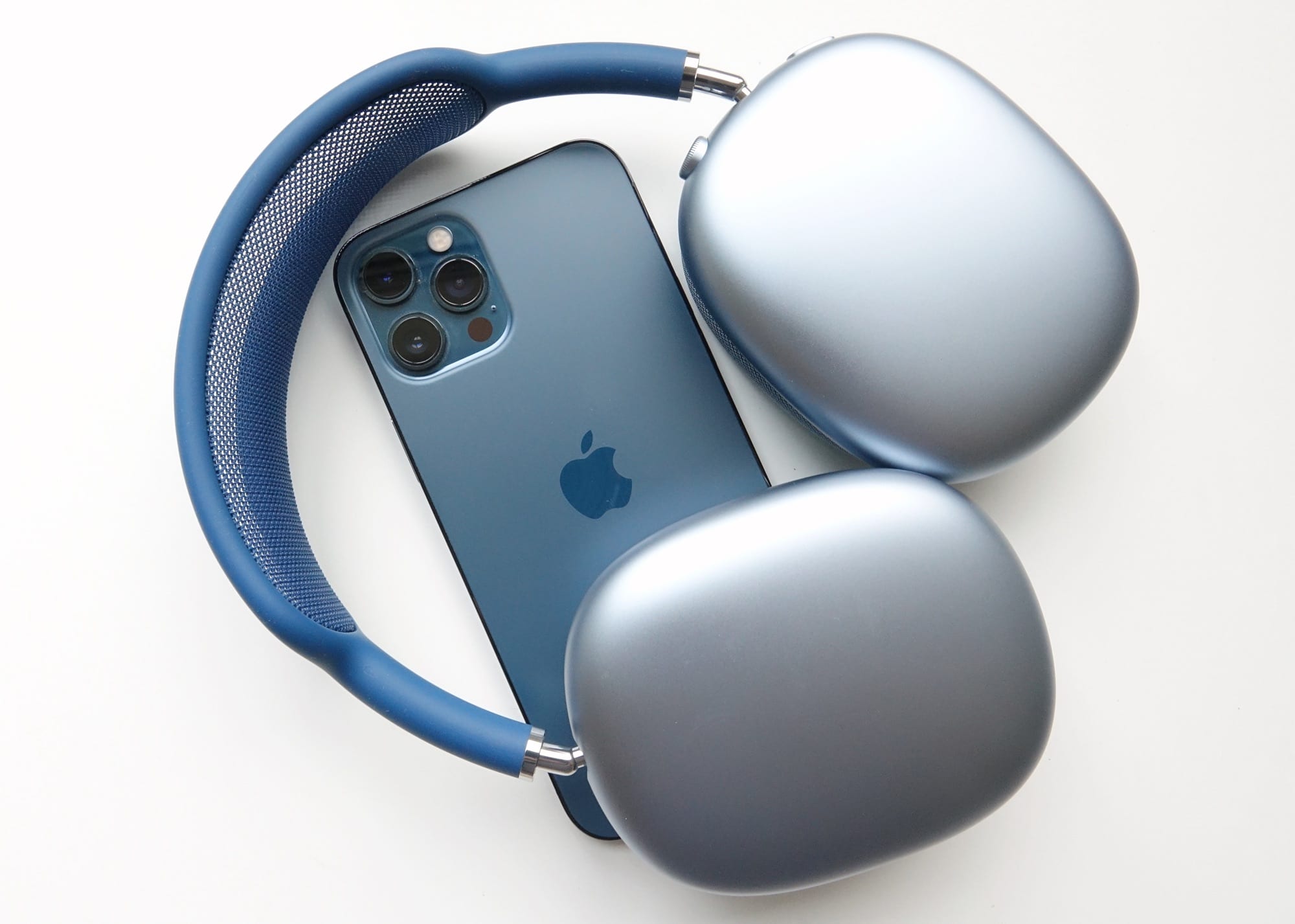 Released back in 1956, this album was already an amazing recording and classic piece of listening, but Atmos just lifts it to something else. Engaged with spatial sound, it’s as if the performance is in front, and that both Ella and Louis are playing just for you, alongside the other players, Oscar Peterson, Ray Brown, and Herb Ellis, to name a few.

Every track in this album is just a gem, but the first time you re-listen to “They Can’t Take That Away From Me”, the focus on the voices of Fitzgerald and Armstrong is enough to give you goosebumps. Close your eyes and let it overtake you.

Listen to “Ella and Louis” on Apple Music…

There’s just so much happening on this remaster of Michael Kiwanuka’s self-titled album from 2019, with the first track “You Ain’t the Problem” setting the benchmark high. Really high.

Tracks are masterfully engineered, working with the increased amount of space Atmos provides, delivering a beautiful set of music ideal for the first time listener or the obvious fan. This is a fantastic album to experience in general, but it’s just something else in Atmos.

Listen to “Kiwanuka” on Apple Music…

A fantastic album before spatial audio came onto the scene, but even better mastered and focused on the soundstage of Atmos, this is something definitely worth listening to.

Funky with great bass lines, catchy tunes, solid vocals, and great mixing and mastering makes “Future Nostalgia” stand out, with the spatial engineering really vibrant and jumpy. There are too many tracks to namedrop from this album, so we’re just going to suggest listening to the entire thing.

You’d be hard pressed to name a more iconic album cover than “Abbey Road” (save for maybe Nirvana’s “Nevermind”), and the album itself is pretty great, too.

With the 2019 mix and mastered edition of the 1969 classic, 30 years of engineering developments shows that the tracks from this seminal recording can learn some new tricks if you have the right headphones. If you have Atmos-enabled gear, you’ll hear a wider soundstage than before and some rounded bass that feels like it drives deeper.

The obvious tracks are “Come Together” and “Here Comes The Sun”, but we found “The End” made it feel like you were in the studio with The Fab Four in Atmos, so much that you’ll just want to turn it up, close your eyes, and rock out.

It’s worth noting that “Abbey Road” is one of three Atmos-remixed Beatles recordings, joining “Sgt Peppers” and “Let It Bet”, but we think Abbey Road is the one to start with, delivering impressive and immersive mixing that has to be experienced.

A remastered album back from 1965, Coltrane’s four-track recording “A Love Supreme” is given a new sense of life with Atmos, feeling like you’re placed in the same room as Coltrane, alongside McCoy Tyler, Jimmy Garrison, and Elvin Jones.

Complex but also whimsical, listening to “A Love Supreme” in the glory that is spatial is like being thrust in the middle of a jam session, letting the notes and sounds ooze over your skin and coat you in their awesomeness.

This was a great album outside of Atmos, but inside the realm of spatial audio, it’s so damned immersive, we might just stay here forever.

Listen to “A Love Supreme” on Apple Music…

A form of classical crossover, this 2018 recording is built perfectly for the wide open soundstage of Atmos, and will make you want to turn the volume up so that it overtakes you.

Take Bach’s Cello Suites and given them a more expansive sound, and you’ll get an idea as to what Gregson has “recomposed” here, taking something familiar and reinventing the wheel, all while opening your ears to a bigger sound and connecting it not just with more cellos and strings, but modern digital sounds, as well.

Listen to “Bach: The Cello Suites – Recomposed” on Apple Music…

Musgraves and her production crew have had some time to get their 2021 release right, an album that jumps between pop and country in much the way you might expect Taylor Swift to, and it’s one that infuses a variety of sounds and genres together in a wide-sweeping space.

Match that sense of space with the soundstage found with Dolby Atmos, and you’ll find a wide open vista for Musgraves’ sounds to reach you on. This is a beautifully open album with a lot going for it.

Listen to “Star-Crossed” on Apple Music…

Featuring almost haunting instruments and a wide stage clearly belonging to a spatial mix, “Valentine” is one of those recording that feels like it’s a cross between rock, alternative, and with a hint of synth wave in the background.

It reads like it’s trying to escape from the 80s, and was one of the surprise albums found whilst exploring the library of Atmos albums available on Apple Music.

Listen to “Valentine” on Apple Music…

A new artist we weren’t familiar with before we started scouring the Atmos archives on Apple Music, Olivia Rodrigo stands out with a pop-rock sound that’s digs into your ears with catchy, solid sounds, and with engineering and mixing values that hold your there.

Excellent mixing brings Rodrigo’s soundstage to life in Atmos, and whether you’re listening to the hit tracks or the ones that feel like they’re yet-to-be-discovered, this is an album that delivers beautifully.

Listen to “SOUR” on Apple Music…

A complex album with a vibrant spatial mix that raises you out of your chair, Lil Nas X’s “Montero” isn’t a remix or remaster, but rather something engineered for today with a lot going for it.

Hip-hop meats solid beats, great sounds, and guest vocals, resulting in a top piece that stands out from the crowd and that shines in the spatial sound Atmos provides.

Listen to “Montero” on Apple Music… 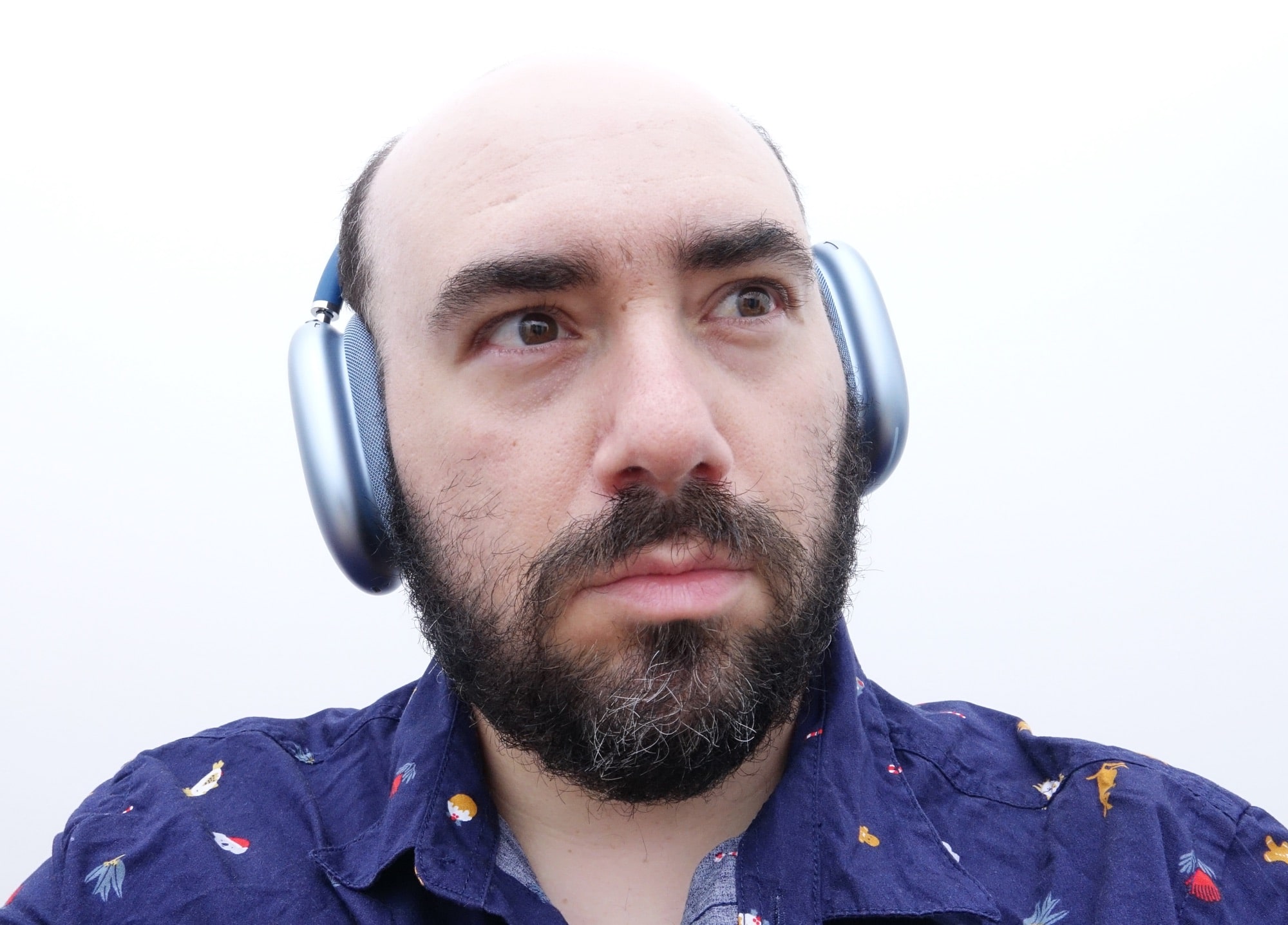 Other albums worth a listen

Of course, these aren’t the only albums worth a listen in Dolby Atmos, with more being added all the time. We spent so many hours just stuck between our AirPods Max and AirPods Pro that there are clearly too many to name, so why not have a few more.

The Zac Brown Band release “The Comeback” is a delightfully direct album which shines in Atmos, as does Doja Cat’s release this year “Planet Her”, which offers solid beats and bass lines that feel as if they’re happening all around you. Lorde’s 2021 release of “Solar Power” is equally charismatic in spatial, and we have much the same to say about Ed Sheeran’s “=” and Billie Eilish’s “When We All Fall Asleep, Where Do We Go”, with every track on the latter standing out in atmospheric ways.

In fact, most new music releases will likely arrive with an Atmos mix, not just because the tools are more commonly available thanks to Logic’s addition, but because new releases invariably get the latest features applied to them. From 2021 onwards, an Atmos mix is just part and parcel of what big production houses and music labels are doing.

However they’re also beginning to go back through the archives and remaster albums, much like has happened with The Beatles in this list. You’ll find a good assortment of classics being revived and revitalised, showing what spatial audio can do, including Art Blakey’s 1958 release of Moanin’, Alicia Keys’ album from 20 years ago “Songs In A Minor” (has it really been 20 years?!), and Crowded House’s self-titled 1986 album “Crowded House”.

We’ve only touched on Apple Music in this round-up, but spatial is beginning to make its way to more services. Tidal has offered Atmos support for over a year now, alongside its support for Sony 360 Reality Audio, the obvious competitor to Dolby’s spatial sound, while Amazon Music in the US supports Dolby Atmos audio, as well.

You really only need look and check out what’s new in spatial audio, while also grabbing a pair of decent headphones to listen to how sound can changed, an re-experiencing music all over again.