Oppo is no stranger to wireless sound, and in its latest earphones, it’s collaborating with Dynaudio for an AirPods competitor.

Not every audio maker has the heritage to back up its play for in-ear brilliance, but if anyone does, it’s probably Oppo. Responsible for some of the world’s better highly portable planar magnetic headphones, not to mention some of the best Blu-ray players back in the day, Oppo has a history in producing solid media devices worth talking about.

Last year, it even had a solid first entry in truly wireless earphones in the Enco W51, a pair of noise cancelling earphones that grabbed attention with sound and the $249 price tag. They were good, but the controls needed some work.

A year on, Oppo has chosen to collaborate to make its earphones sound even better overall, and is doing so with a name audiophiles may recognise: Dynaudio.

One of Denmark’s lovely sound exports, Dynaudio has been building some pretty neat and sizeable speakers for a while, but hasn’t yet expanded into its own headphones like some other speaker brands. Yet with the Oppo Enco X, we’re seeing what Dynaudio might do if it decided to build a pair of earphones, focusing on the area that matters to an audio company: the drivers and sound chamber.

It’s a collaboration that is genuinely exciting, and may just improve Oppo’s efforts at making a proper AirPods competitor. So what are the Enco X wireless earphones like, and are they worth the $349 price tag being asked for? 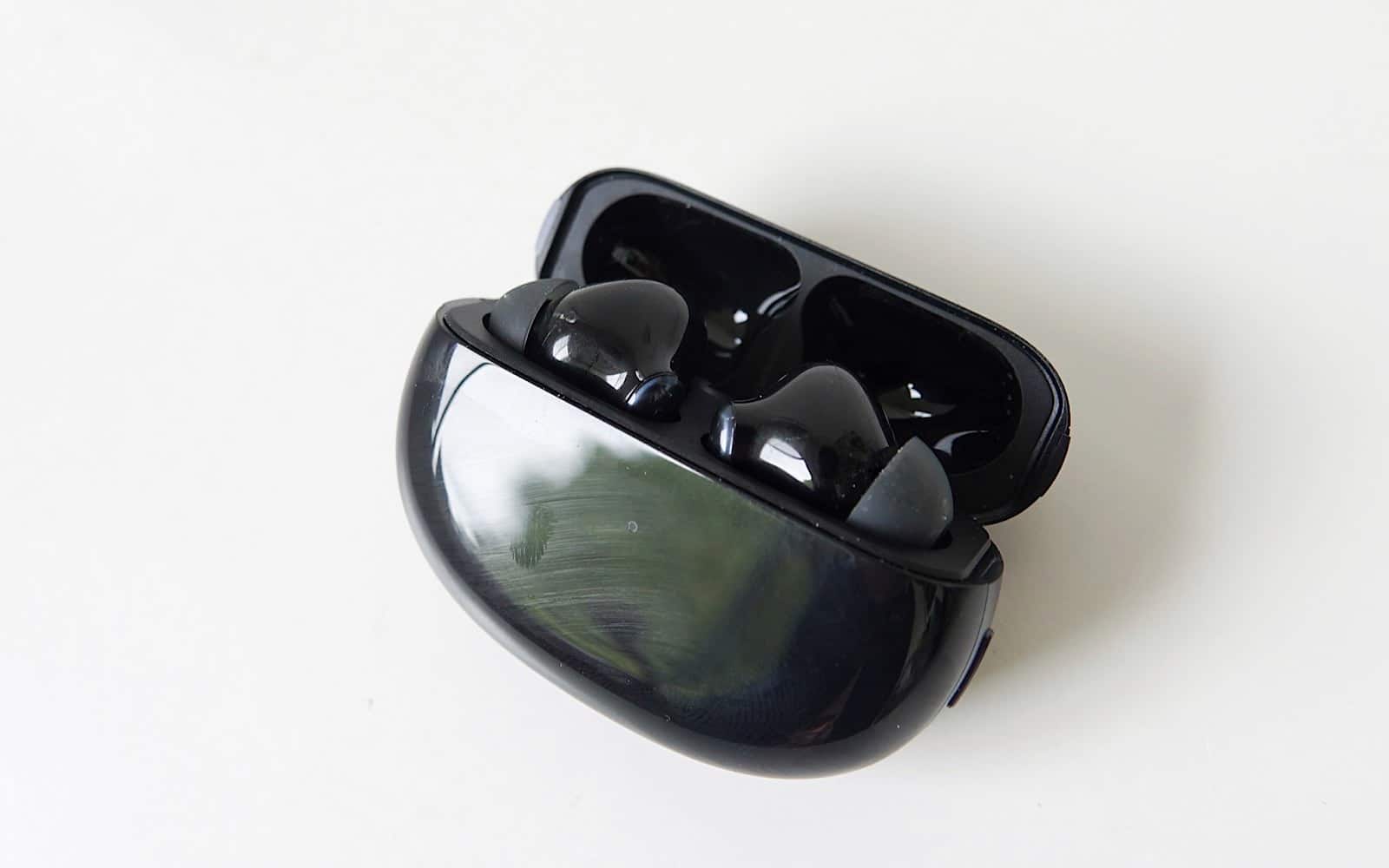 Looking a little like the obvious competitor everyone is fighting against — you can probably guess it simply by glancing at them — the Oppo Enco X are basically the Oppo AirPods Pro, if there ever was such a thing.

They’re not exactly the same, but that’s the idea, with small cordless and wireless earphones complete, with a similar stem coming down from each sporting touch controls on the surface, customisable by an app. Kinda sorta.

Inside, Oppo’s collaboration with Dynaudio results in two drivers on each side, made up of an 11mm dynamic driver and a 6mm balanced membrane driver, effectively covering the highs, mids, and lows.

There are also two microphones and a dual-core chip for the noise cancellation side of things, because that’s one of the main features of these earphones.

And Oppo bundles in support for Bluetooth 5.2 in these wireless and cordless earphones, as well as IP54 water and dust resistance, arriving in a charging case that supports wireless charging over the Qi standard. 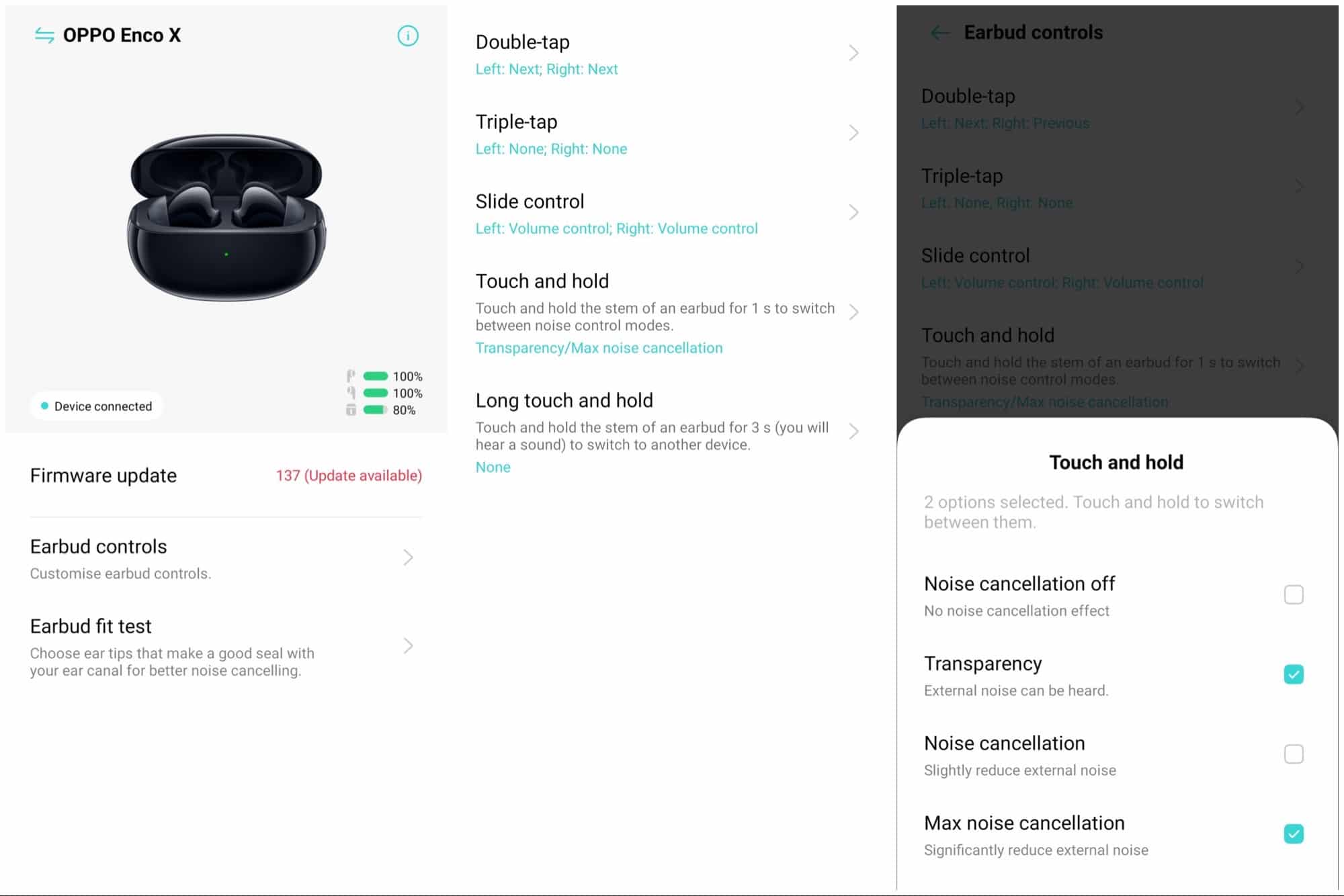 Technically the second generation Enco noise cancelling earphones, Oppo has seemingly worked on the controls this time, which is a good thing given how disastrous they were last time.

While the Enco W51 were impossible to modify and we couldn’t recall the controls at the best of times, the Enco X is a little easier and even supports a degree of customisation, kinda sorta.

You’ll have swiping up and down for volume, plus taps and double taps for track changes, and holding the touch sensitive surface for jumping in and out of noise cancellation modes. Beyond this, if you have an Android phone, you can customise the controls to suit quite easily.

But that’s only on Android, as the feature is missing on iOS.

Even though the Oppo “Hey Melody” app is available on both major mobile operating systems, it only sees the Enco X on Android, meaning control changes only exist on Android. Bizarrely, spellcheck corrected “Android” to “absurd” in that last line, but that’s actually what this is: Oppo has an app that finds the Enco X on one platform but not another, and we have no idea why.

Long story short, it means Android customers seem to get the best experience, while iOS customers are missing out, because it’s not just about controls.

The extra download that is “Hey Melody” doesn’t just grant control changes, but also EQ changes, with support for a warmer sound if you’re into that, and then something a little more direct, plus the standard sound. 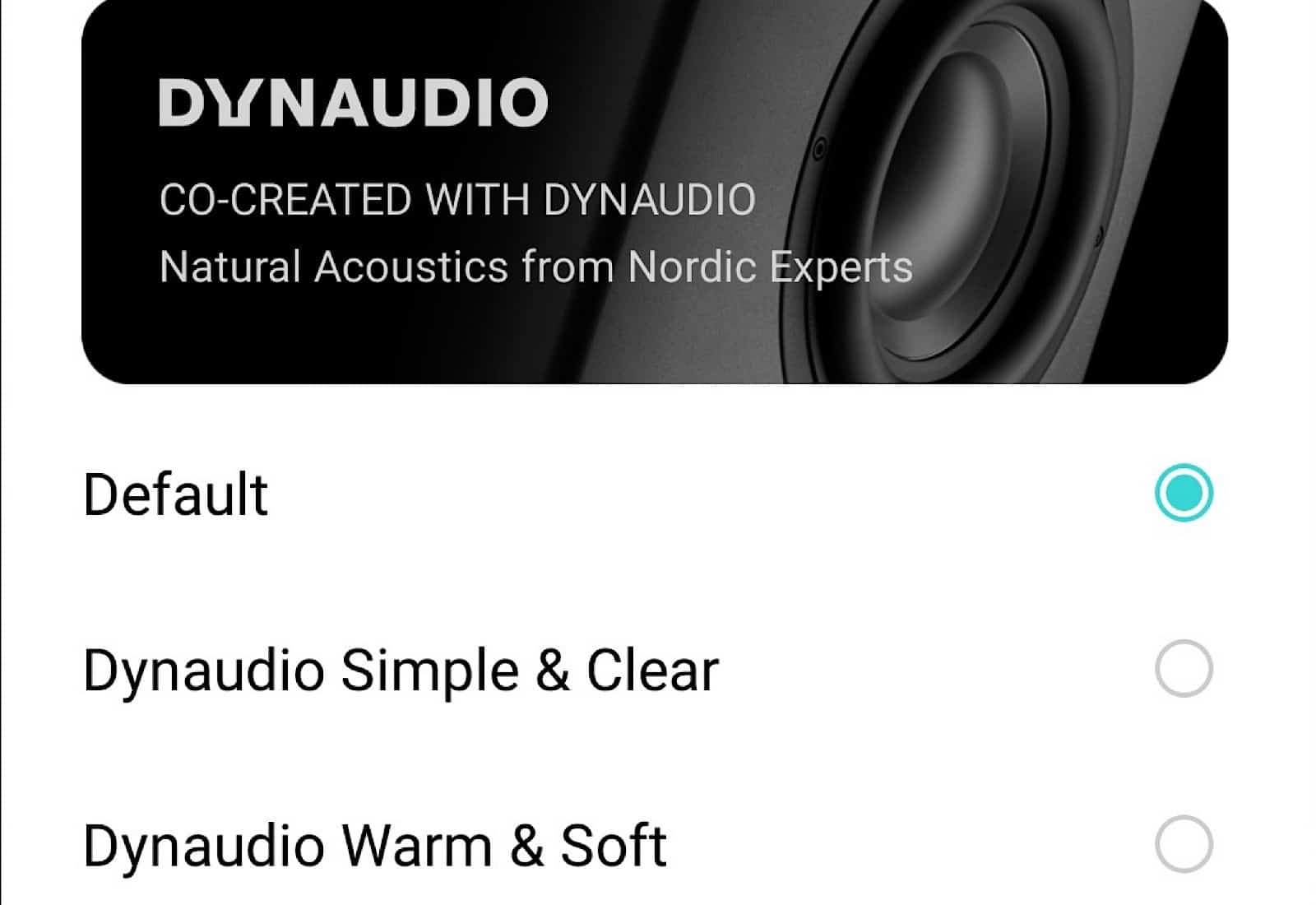 As usual, we’re testing the a pair of earphones with the Pickr Sound Test, which you can listen to with your own earphones, and that starts with electronic , delivering some surprisingly deep bass and solid mids, with a notable balance worth paying attention to.

In Tycho’s “Glider”, the bass drop to start our playlist is notable and punchy, and the rest of the sound is clear. Much like last year’s Enco W51, the earphones are warm, and that’s evident in Daft Punk, too.

One thing we can’t hear as much is as wide of a soundstage, but the balance with attention on the mids and bass is great to hear, available in pop and R&B, with Carly Rae Jepsen, Ariana Grande, and Mark Ronson producing a nice sound overall. A little like a speaker, you can see Dynaudio has helped Oppo to get a speaker-like sound out of these little earphones. 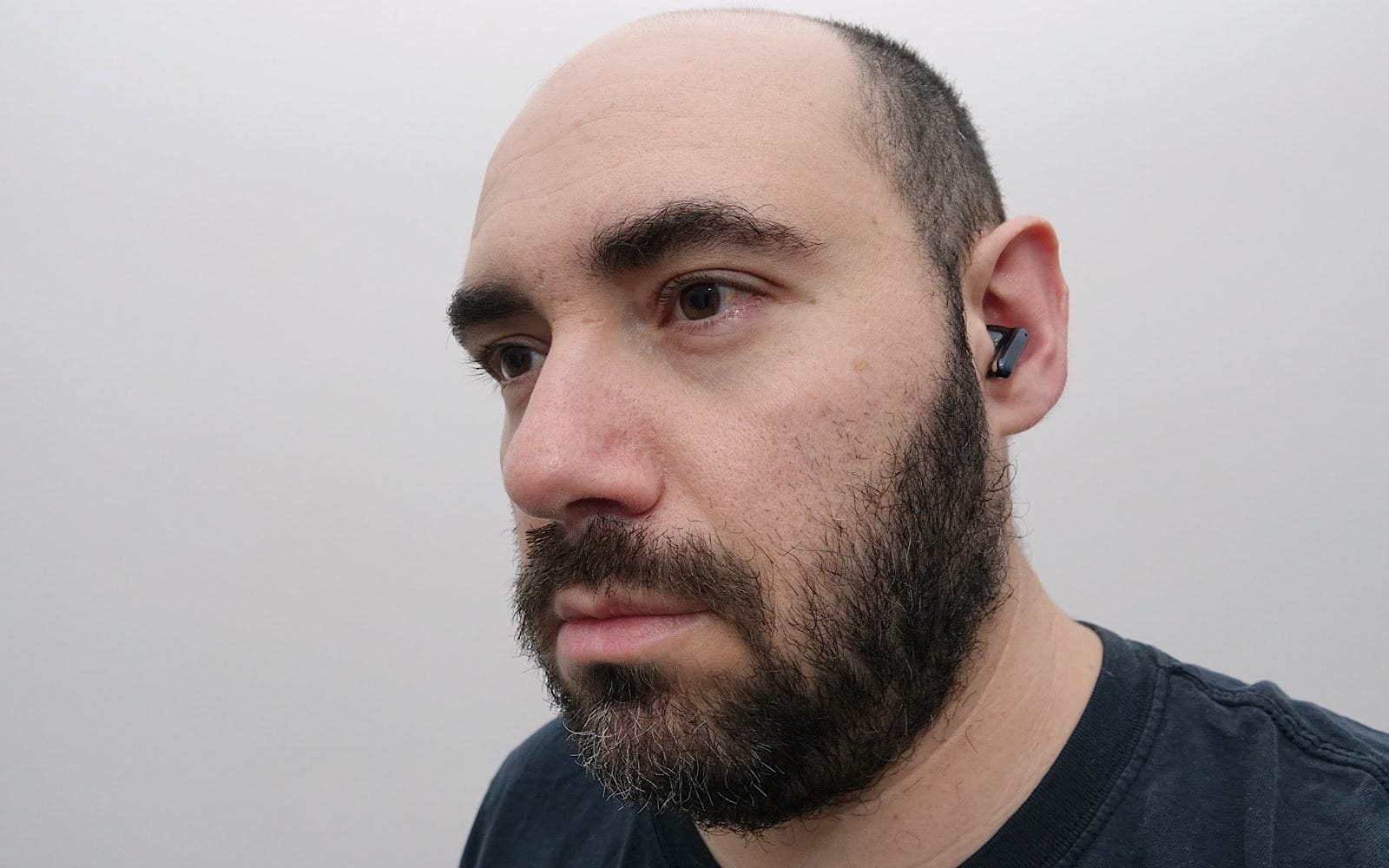 Different from the typical balance you might look for, Oppo’s Enco X delivers a default position of slight warmth, that can then be tweaked a little more to sound warmer using the app’s inbuilt EQ setting, provided you have Android.

Over to rock, the rendition doesn’t always deliver quite the same exuberant punch we found in pop tracks, but it was still enjoyable all the same. In David Bowie, all the percussion in the background is noted and detailed, and offers a lovely attention in the lows and mids, with much the same in Paul Simon, The Beatles, the Deftones, and others.

But the soundstage does appear a touch squished, and so while you get detail similar to what you might find in a larger speaker, you don’t necessarily get the breadth of space the same would appear.

These aren’t on quite the same level as a larger pair of headphones, or even the current benchmark in the Sony WF-1000XM4 earphones. But they’re not bad all the same.

The noise cancellation does read a little simplistic with no real controls to tweak it. We’ve probably been spoiled by what Sony has offered over the years, but here in the Enco X, the approach is a choice of maximum cancellation, low cancellation, an ambient hear-through mode, or none at all. It does the job, but it’s not adaptive or customisable, and we just found ourselves wanting a little more. 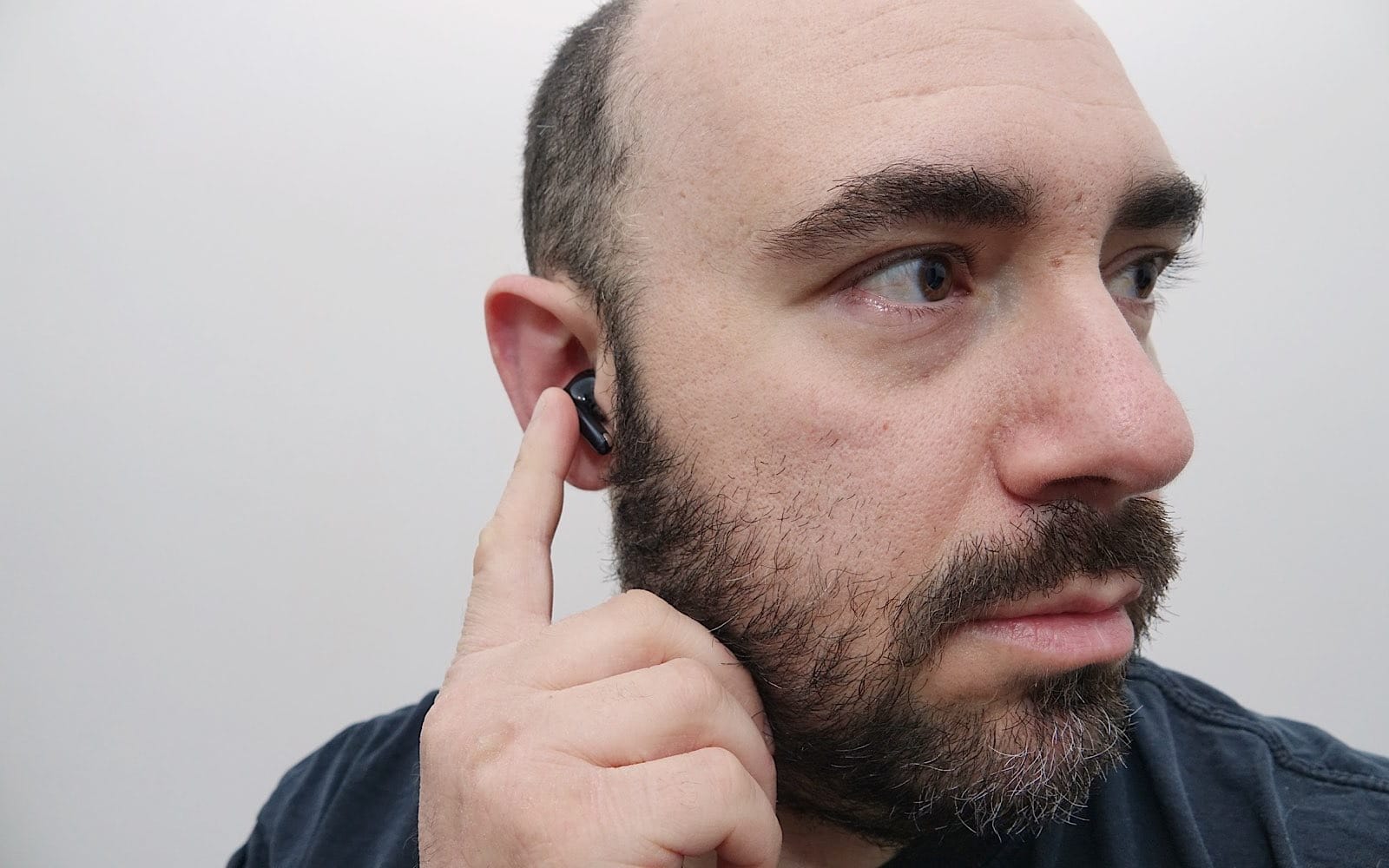 One area that could do with some work is the battery, which doesn’t hit the sort of life the noise canceling truly wireless top-end models can reach.

While you can get 20 hours in the case, the Oppo Enco X can only hit four hours of battery life in use, which doesn’t quite match up to eight we’re seeing in others. Four is what we expected from earphones a few years ago, but that’s what you get with noise canceling switched in here.

You can turn it up to a little over five if you go without noise canceling, but that hardly seems worth the point given one of the major selling points of the Enco X is noise cancellation.

We can’t help but think Oppo could have squeezed more juice out of these earphones, and it would definitely have been welcomed.

At last you get wireless charging in the case, which is at least something to add to the package. 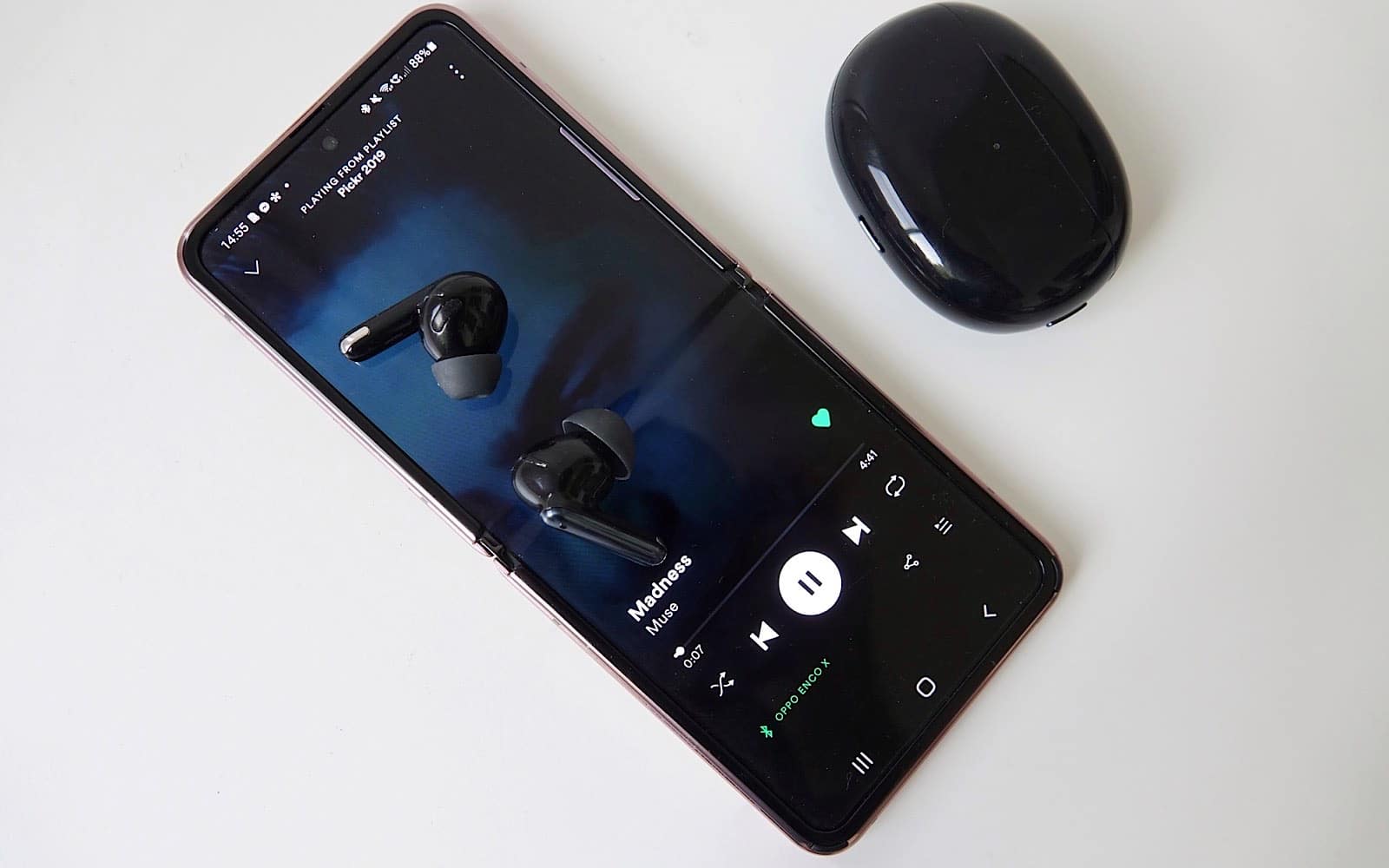 However, the price is a bit of a win, cutting $50 off the usual cost of high-end truly wireless earphones with a $349 tag.

For what is essentially $350, you get great sound and a small design clearly competing with Apple’s and Sony’s best, even if the app compatibility leaves something to be desired.

And it’s not the only thing that needs work in the Enco X, either.

While these earphones can feel like a value win (though certainly not to the extent in last year’s warm $250 Enco W51), the battery life could be stronger and the fit could be better.

It’s pretty clear these are modeled on a very specific breed of earphones from Apple, but that’s just par for the course these days. We don’t blame Oppo there, but we don’t think the company has nailed comfort in quite the same way as what we experienced in the AirPods Pro nearly two years ago.

Oppo’s take is a little more bulbous and didn’t seem to get the same solid fit we get with Apple’s, so you mightn’t feel quite as perfect a fit hampering isolation slightly. To its credit, Oppo has a few earphones tip choices in the box, as every brand does, but they may not be enough, and more design tweaks could have been taken to the earphones. 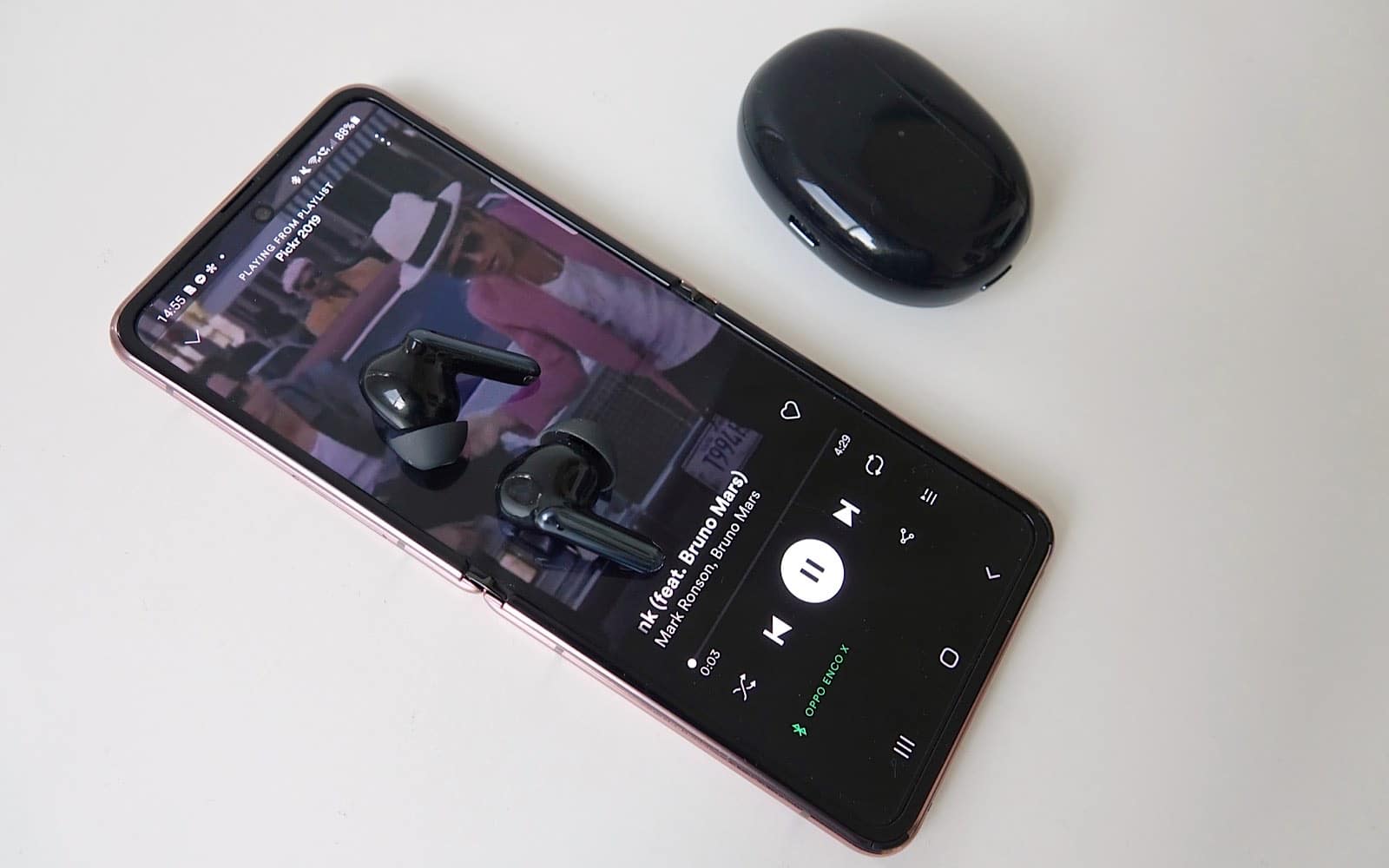 Fortunately the sound could be the Enco X’s saviour.

Collaborating with Dynaudio helps Oppo establish itself as just another “me-too” earphone brand, of which of course there are many. Wireless audio chips can be sold to nearly every brand under the sun, so anyone can make truly wireless earphones, from the expensive brands to the cheap as chips that sounds that way, too.

Oppo’s flagship Enco X do not sound like a cheap choice, and that’s a good thing. There’s a lot going for these earphones, particularly on Android. They’re basically like AirPods Pro for Android owners.

There are still changes Oppo could make, and improved app support is definitely at the top of the list (left over from last year, it seems), but there’s definitely a pair of earphones worth checking out if you like what the AirPods Pro offers but wish the controls existed on Android plain and simple. 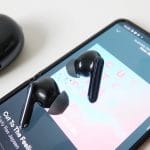 Oppo Enco X
Design
Features
Performance
Ease of use
Battery
Value
The good
Balanced sound with plenty of detail
Dynaudio in the small space
Customisable controls (on at least one operating system)
Wirelessly charged case
Decent value
The not-so-good
Battery life isn't the best
No adaptive noise cancellation
Fit mightn't be perfect
Controls are better than the first Enco, but there's still no app for tweaking the controls on iOS
4