Jabra’s latest take on in-earphones with cancellation, the Elite 7 Pro wins points for size, but loses out in other areas. What’s new in Jabra’s latest earphones?

Buying a pair of noise cancelling earphones doesn’t always mean spending upwards of $300, even though it can feel that way. While the high-end is understandably high, some earphone makers spend time just below it, focusing on a mid-point, with decent audio and capability without forcing the spend.

At $299, that could well be where Jabra’s Elite 7 Pro fits, an evolution of the company’s “Elite” range of earphones, and one that aims to get the cost down while keeping features up. Is it a pair worth trying on with your ears? 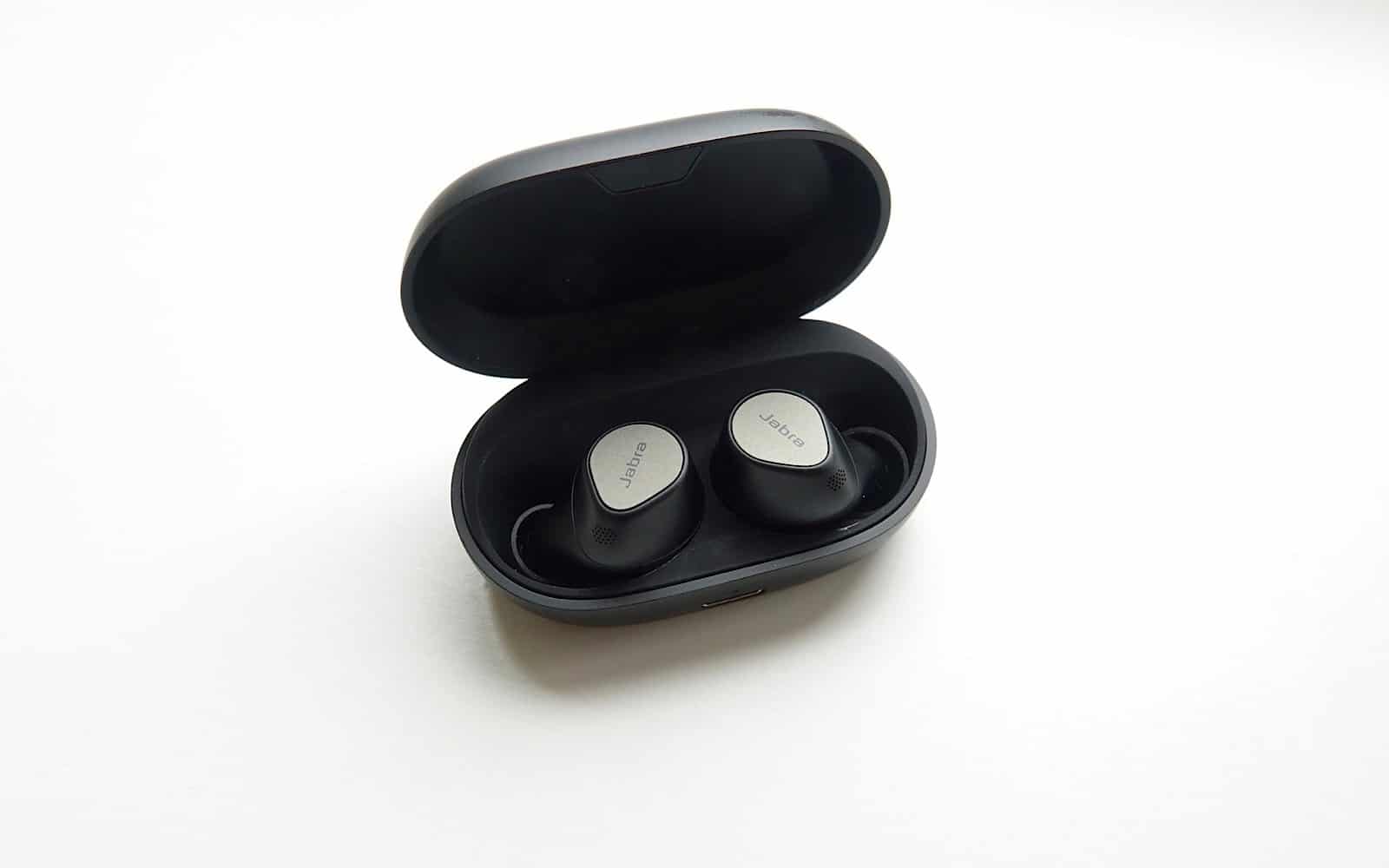 Jabra’s latest take on wireless earphones with cancellation sees its Elite 85t go on a bit of a diet. Gone is the chunky body, the thick exterior slimmed down almost coming into an arm that feeds into your ear, plugging it up slightly with a silicon tip and helping relieve the pressure on your ear overall.

The difference in size is easily and immediately noticeable, and while we didn’t find the Elite 7 Pro’s predecessor uncomfortable, we did find this model more comfortable overall. Slip it into your ear, twist it slightly at an angle, and it’ll hold relatively well, all without feeling like you’re wearing a chunky bud.

Inside each earphone, there’s a 6mm driver, with two microphones on each side and bone conduction sensors, the latter of which switches on when you’re talking to pick up on the vibrations of your jaw.

The earphone tips themselves are silicone and offer three sizes — small, medium, and large — with the Elite 7 Pro having a water resistance IP rating of IP57.

Controlling the Elite 7 Pro may read as familiar if you’ve ever owned a pair of Jabra Elite earphones, because the company has kept things largely the same, appearing to work with the “if it ain’t broke” philosophy.

Indeed, Jabra hasn’t seemingly needed to “fix” anything by breaking it, skipping over the often popular touch controls earphones invariably get these days, and leaving the click button approach for controlling the Elite 7 Pro.

On the left side, that one button can control noise cancelling and ambient hear-through modes with one press, while two presses will trigger the voice assistant, at least on default. The right earbud will control music, with a single push getting pause and play, while double and triple presses go forward and backward tracks, respectively. There’s no volume control here, but with the Jabra Sound+ app, you can change the settings for what each button press does, customising it so that it’s yours.

Throwing the Elite 7 Pro in our ears, twisting them slightly, and having them seal nicely, the new design was comfortable, and it was time to get started with the important part: how they sound.

Testing the Elite 7 Pro with the Pickr Sound Test, we found a relatively balanced sound with a decent thump of bass, showing just how much Jabra had changed its profile since the initial generation appeared in the SoundSport. My, my, how many years ago was that?

Several years on, the Elite 7 Pro provides a fairly balanced spread in Tycho and Daft Punk, with a great punch from the lows that doesn’t overpower.

In the pop sound of Carly Rae Jepsen and Charlie Puth, the balance is definitely there, offering a dynamic sound in the highs and mids, while punching where it needs to with the bass, though we did not that guttural bass wasn’t as strong on FKA Twigs’ “Two Weeks”. It’s not an earth-shattering tremor, but the bass will be more than enough balance for most. 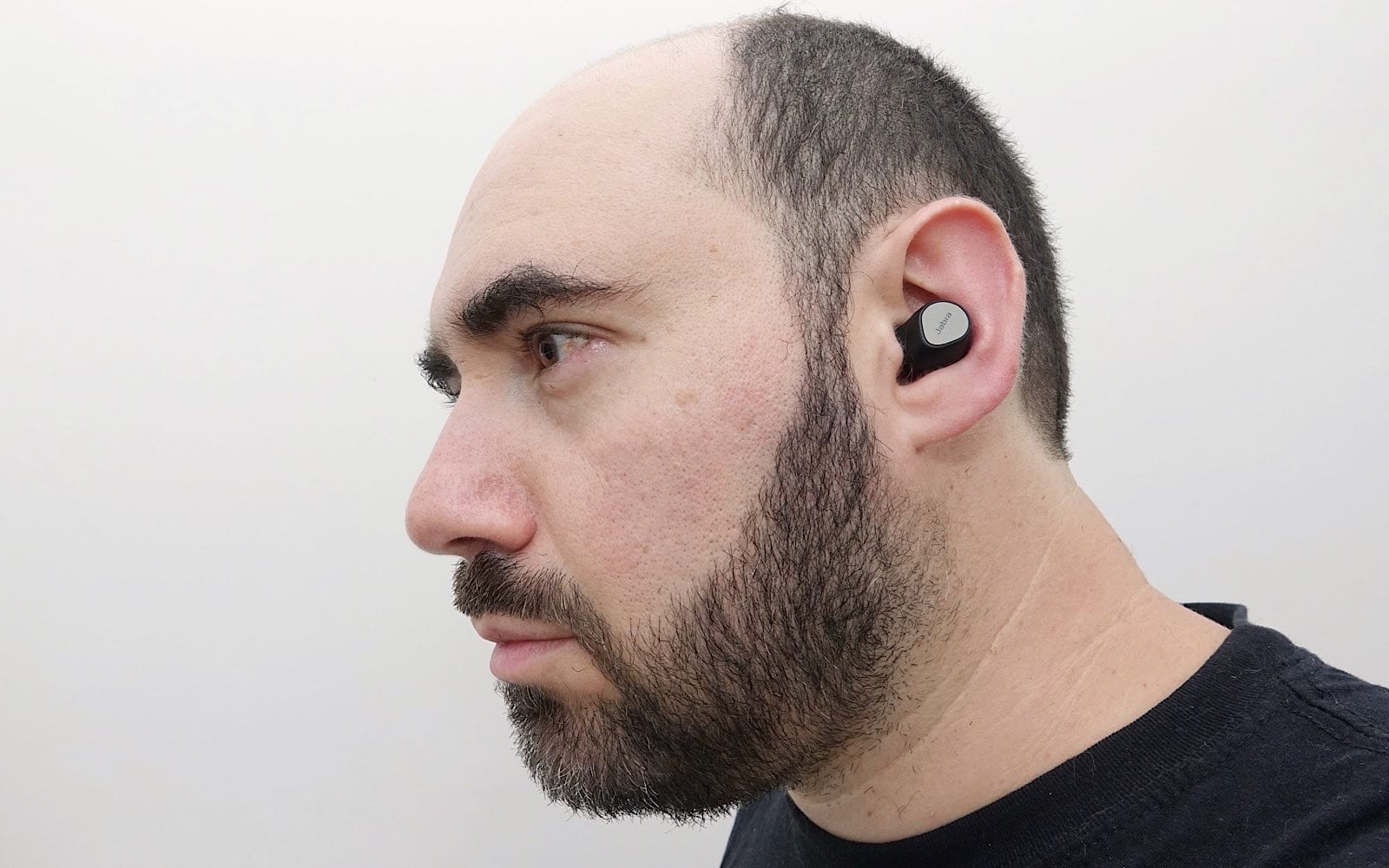 The sound profile on offer isn’t so much warm, mind you, but more balanced, with rock also balanced and fair, though lacking in personality. Muse delivered a tight snap, Rage Against The Machine some of thump we look for, while classics from The Beatles and Bowie almost felt like the bass and mids were pushed up slightly in comparison to everything else.

Across most of what you’ll listen to, there’s a clean balanced sound in the Elite 7 Pro, which is good enough for most, and in line with what Jabra often presents in its earphones.

Jabra has brought in its sound testing system “MySound” to let you balance the sound to what you can hear, available through the app to help you fit the earphones and test what you can hear in each ear, balancing the sound to create a personal profile. It’s an idea reminiscent of what Australia’s Audeara created a few years ago, and less like what Australia’s Nura developed for the Nuraphones, opting for a small hearing test instead of the automatic sound test fired in your ears.

The result is one that may be useful, though we found the balance was there even without running through this test. You might be able to push a little more out if you to pick up on the mids and lows, as the test could determine your ears need that little bit extra help.

Alongside that sense of balance is a decent battery life, delivering up to 8 hours of listening time and up to 30 in the case, putting it on par with most other noise cancelling in-earphones.

We found that while we wouldn’t listen for eight hours at a time, the Elite 7 Pro offered plenty of charge that we didn’t need to regularly charge the case and the earphones inside. There was plenty of power to keep the earphones topped up as we listened over the course of a week, keeping us away from a charger in the process.

There’s also support for Qi wireless charging in the case, meaning if you have a wireless charging pad, be it one small one or something supporting a bunch of wireless charge pads, you can rest the Elite 7 Pro on the pad and let it power up. Or you can just use the Type C connector at the back, because that’s good, too. 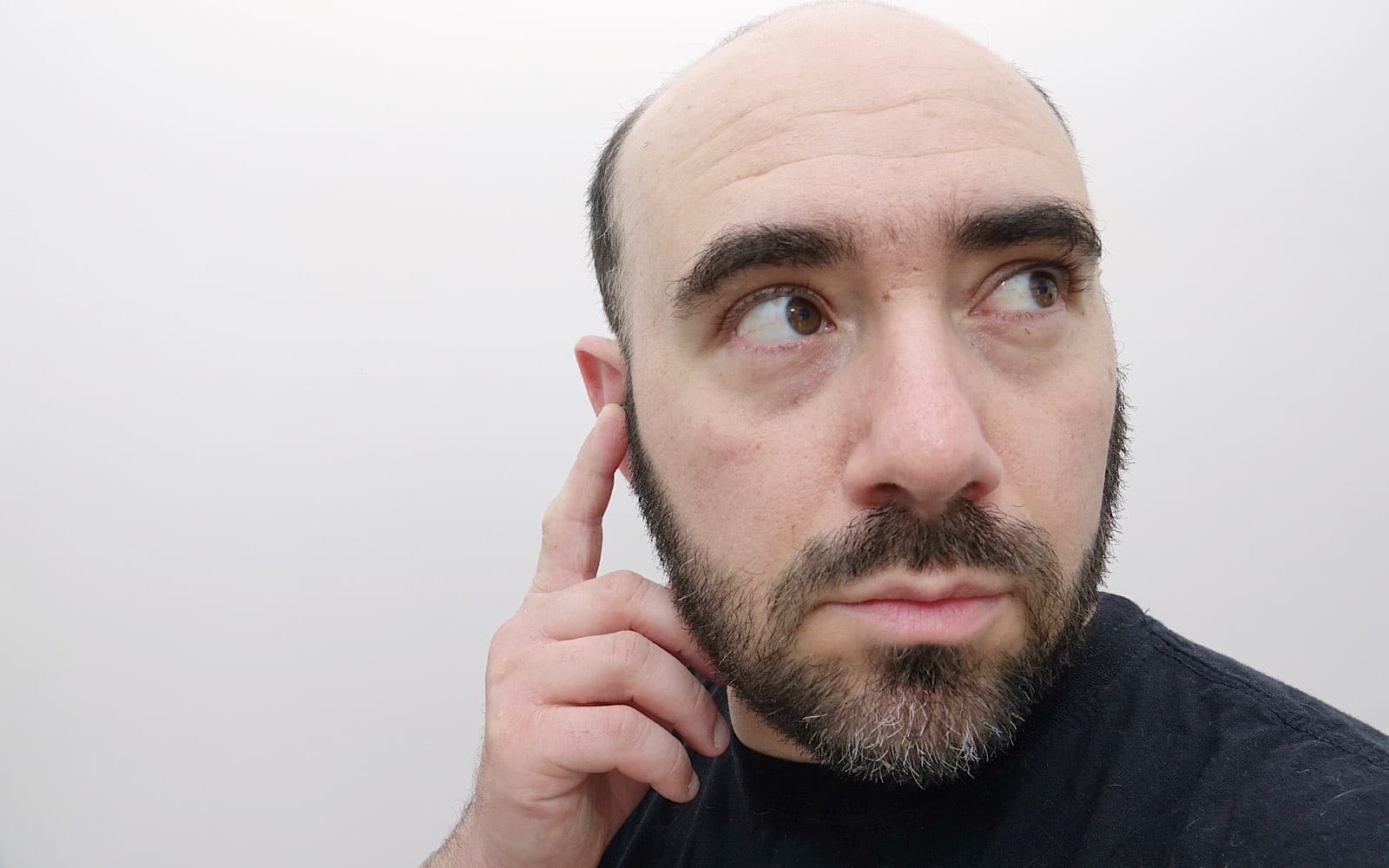 Priced at $299 in Australia, we’d say the value is relatively capable, too, with great sound and a little bit of noise cancellation. That is until you compare it to Jabra’s other earphones.

The Elite 7 Pro earphones are over twice the price of the $119 Elite 3, factoring in some of the sound blocking technology plus wireless charging, which may or may not be worth the extra.

Even the previous model in this range can make it feel like there’s a better bargain to be had. You’ll find the previous model, the Elite 85t, available for between $228 and $299 if you go looking, the latter of which is the same price as this version, the Elite 7 Pro. You might think that’s a normal part of how these things work, but there’s not a lot of difference beyond size and fit between the earphone models, with the Elite 85t really being the better value if you can find it (and we could).

There isn’t a staggering amount of difference between the two, and that’s not a good thing for the value of the models. While we suspect Jabra will eventually phase the Elite 85t out and leave this section moot, while the 85t is still out there, if you can find it at a less exy price, it is the better value argument over its Elite 7 Pro sibling. 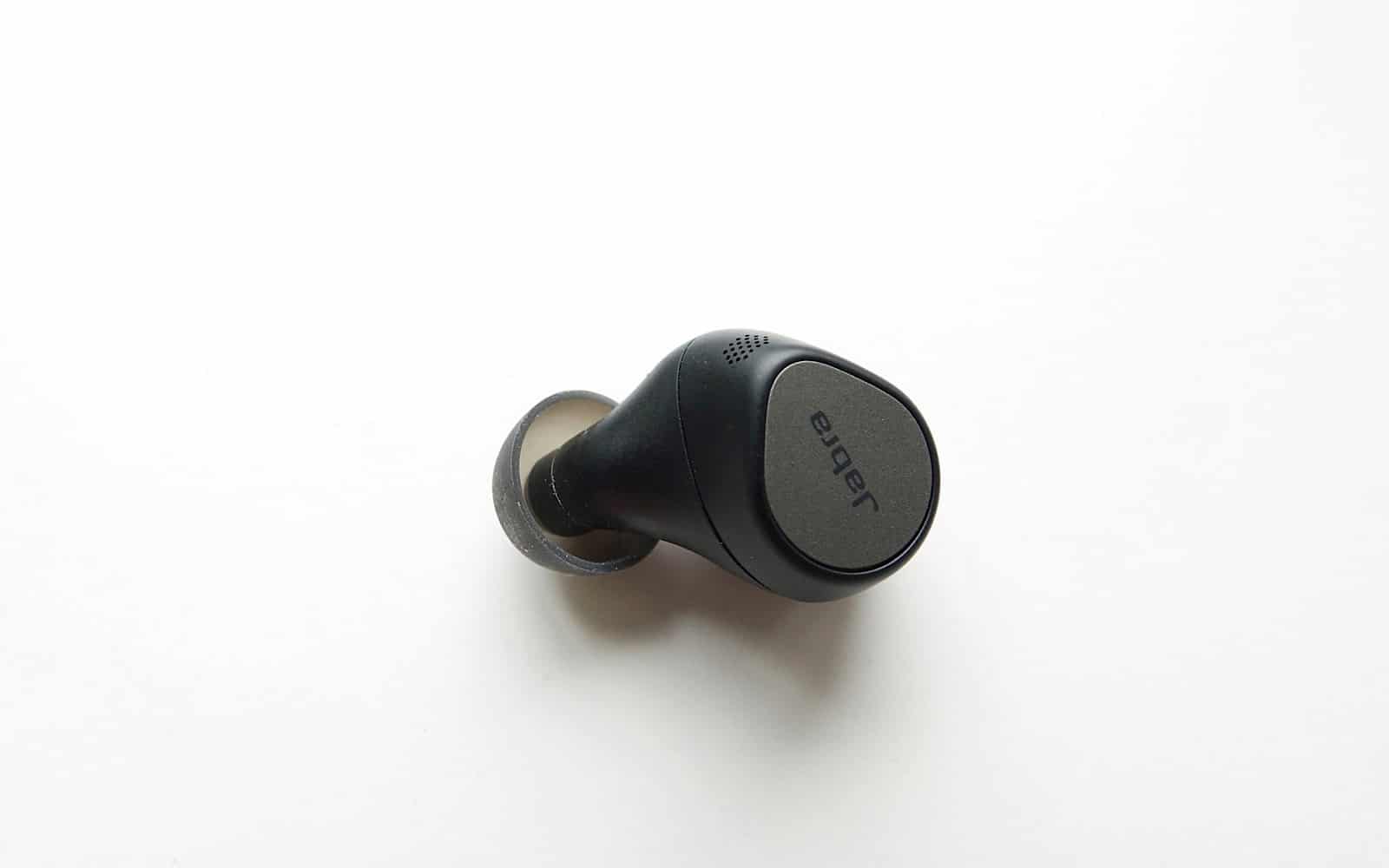 As solid a pair of earphones as Jabra has managed here, there are some catches worth talking about, specifically coming back to the noise cancellation and hear-through modes. Simply put, modes that use the microphones aren’t as impressive as the sound working all throughout, and you may find the package just doesn’t live up to expectations.

For instance, while you get bone conduction technology to pick up on the vibrations coming from your jaw as you speak, your ears may feel they’re working overtime with regards to what you can hear when the mics are switched on.

Turn those “hear-through” microphones on, and the outside world will sound louder than it should, as the mics increase the sound and slightly overwhelm what you can hear.

We’re not sure why, but the Jabra Elite 7 Pro earphones have turned up the outside world more than it should, and there’s no way to turn it down. Because of this, it feels that the mode is meant to be used sparingly rather than reliably, and being just that little bit more awkward, at least in our testing. That’s in stark comparison to hear-through modes doing the same thing on other earphones, from the Sony WF-1000XM4 to the Apple AirPods Pro. Even Jabra’s Elite 3 felt like they did a more balanced job than their more expensive ANC-equipped sibling.

You can control aspects through the app, with a “HearThrough” slider that messes with that setting, but much like the ANC setting, this seems to limit how much gets through, and not necessarily the volume of what does. It’s strange: we loved what the Elite 85t ambient mode did, but on the Elite 7 Pro, it feels as though Jabra might have backtracked a little. Maybe a firmware update will fix things.

The other major factor is that noise cancellation, because it could be a little better. It’s just a touch ordinary, with none of the SmartSound tech from the Elite 85h there, unable to identify some of the sounds as you walk around, nor is it like what Sony provides with GPS-equipped grades of cancellation. This will do the job for transport and such, but does feel as though Jabra is recycling noise cancellation technology through the years and hardly improving it. 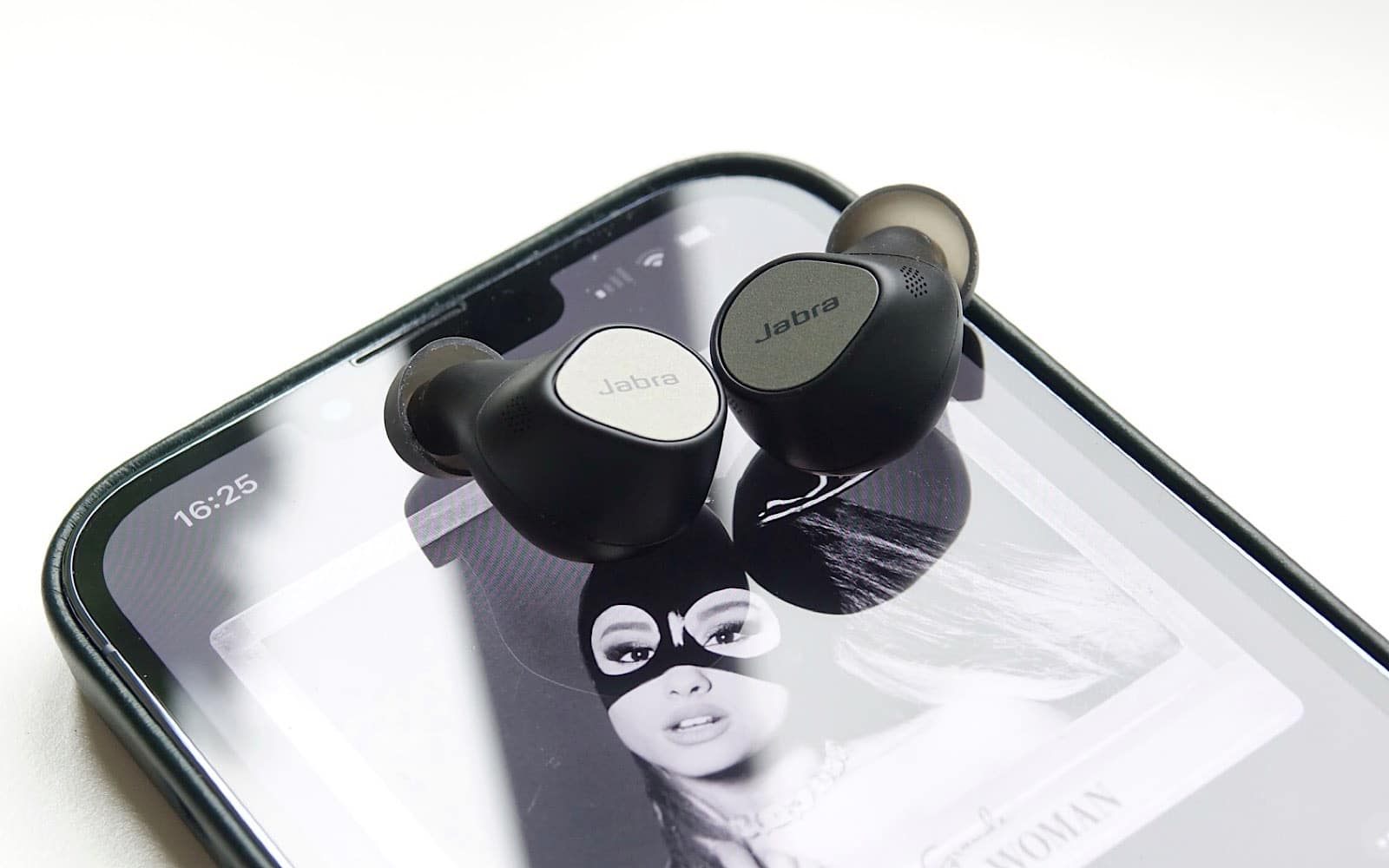 While the tech can feel a touch recycled, the result is still worth considering. We’ve liked every generation of Jabra Elite earphones since they first rocked up in the Elite 65t, and the Elite 7 Pro keeps it up. These are a solid earphone option, especially if you want something small that fits well.

The fit may well be the winning factor in these earphones. In a year where some earphones have gone for an increase in what you shove in your ear — Sony and Bose, we’re looking at you — the Jabra Elite 7 Pro keeps the size down, bringing a hint of noise cancellation to a diminutive place.

There are things that could be improved, for sure. We’d love the ANC to be more varied, and for the earphone generation to feel like a step above rather than to keep holding the middle ground from last generation.

But if you’re looking for a pair of noise cancelling earphones that won’t tax the ear too much, there’s something to check out here, especially if you can’t find its less exy sibling in the 85t. 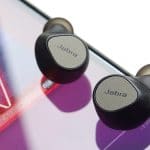