You can’t find every track on online music services, even from albums you might own, but it’s not the fault of who you pay.

Recently, we’ve wanted to hear some albums we own physically on CD, but without an obvious and easy-to-find CD player, that has been made difficult. Somewhere in a box, there’s a CD player waiting to be plugged into a computer, and in a deeper box, there’s one for an amplifier, as well, but these days, we don’t use it.

You may well be like us, because in the age of the internet, CD players are largely a thing of the past. Computers have mostly seen them removed for several years now, and while we could still play them back on the Xbox or PlayStation, you can find both of those without optical drives, as well, so it’s finding a CD player in your home might be less of a thing than ever.

The fact of the matter is most of us have turned to online streaming, with the libraries of Spotify and Apple Music and Tidal and YouTube Music and such being the places we’ll typically go to get our music fix on, able to pick a track and just hear it without any major drama.

Millions upon millions of tracks can be found at every music service, more or less granting you a buffet for your ears of all kinds of music.

And yet not everything is there. It’s not just the obscure tracks you’d expect wouldn’t make it to the service or the random unsigned bands you’ve found before they were cool, but albums you may own. 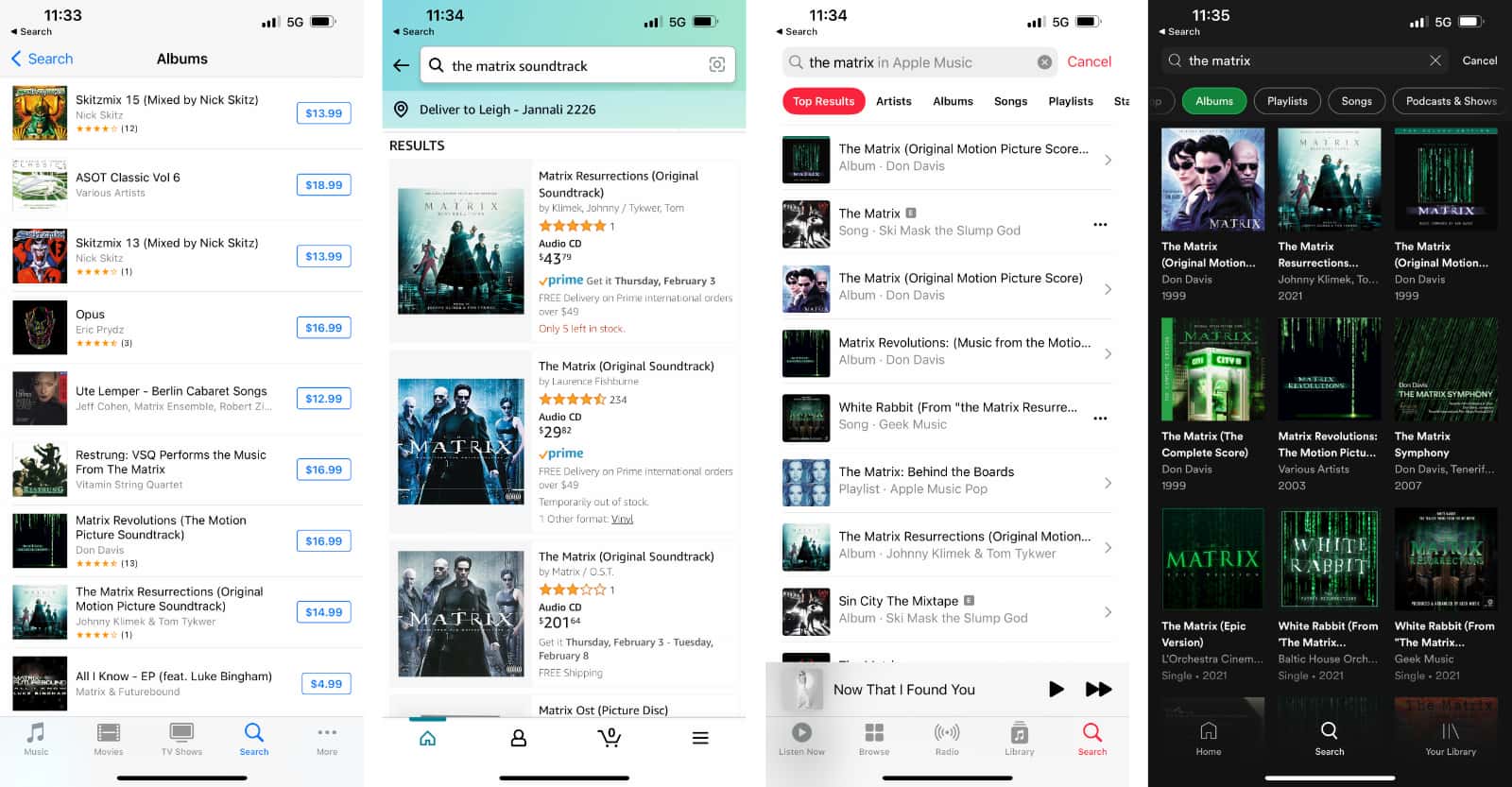 Ahead of the release of the new Matrix film last year, we had a hankering to hear the old Matrix soundtrack, but it was nowhere to be found. We actually own a physical copy, and yet you couldn’t find a digital streaming edition anywhere. The same is true with random tracks, such as a Billy Joel track that is missing from an album, a James Bond soundtrack, and plenty of others.

It’s a problem on Apple Music, where songs are greyed out and impossible to access regardless of whether you want high-res on Apple’s service or the standard compressed sound, but it’s also a problem on Spotify, and every other music service in Australia. What’s going on?

Frustratingly, it’s a topic music services don’t always want to talk about, but also one that isn’t actually their problem.

While we asked a variety of services, Spotify was the one that got back to Pickr, advising that:

Spotify itself doesn’t upload the music. Depending on who owns the music, it’s the responsibility of the artist or the label to distribute it.

That means it’s not a problem of Spotify, Apple Music, YouTube, Tidal or any other music service if the music ceases to exist on a service locally, even if it might be there internationally. In fact, the international element may well be a massive factor in deciding what does appear.

Local labels and music distributors may not be the same in Australia as what they are in other parts of the world, and so those labels can change what appears on the market. Take that search for the soundtrack for the first Matrix film, which not only reveals no soundtrack on Apple Music or Spotify, but no CD to buy on Amazon nor the digital edition on iTunes. The album has been completely removed from the Australian market entirely, with no trace of it to buy or stream. 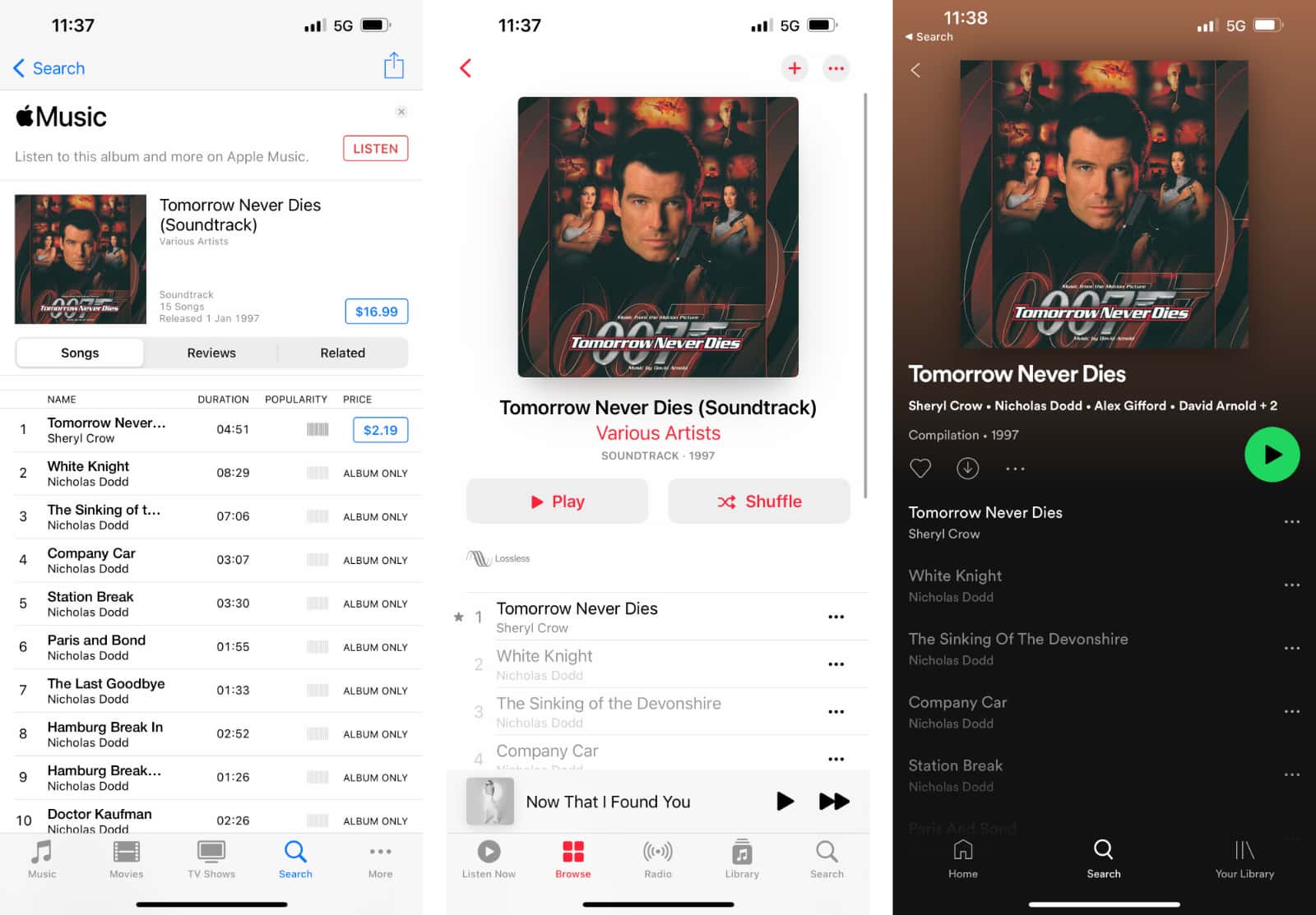 It’s a slightly different story with a James Bond soundtrack, which can’t be found on music services and is totally greyed out locally, but can be purchased on iTunes if we wanted to buy it again, beyond the CD copy we already own.

Apple even notes on a support page that if you encounter a song in grey text, “the song might not be available in your country or region” and that “Artists and content providers might change or remove music from the Apple Music catalog”.

In short, if you can’t find a piece of music, it’s likely a problem with the label and distributor of the music, and not the music service itself. It also might change over time, so check back often, or just grab an optical disc, maybe in your video game console, and listen to the CD you already own. 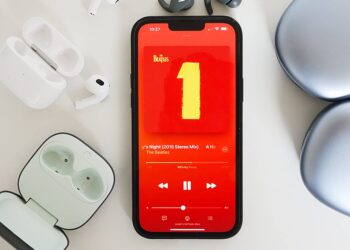