If you get Apple One, will you be refunded for other Apple services?

Say you’ve purchased Apple Music or Apple Arcade for a year, and you decide to move to Apple One, will you get a credit on what you’ve paid for?

Apple has this week launched a new service, though it’s more of a collection of services under the one banner.

In the past few years, the maker of the iPhone and Mac has been moving into services, too, offering more than hardware in its lineup. You’ll know it only all too well if you’ve signed up for Apple Music, Apple’s competitor to Spotify, and perhaps if you’ve opted to watch some of the original programming on Apple TV+, which appears on TVs made by Samsung and LG, alongside Apple’s own Apple TV 4K set-top box.

But they’re not the only services Apple has been jumping into.

If you’re a gamer with an iPhone, iPad, Mac, or Apple TV, you can have an assortment of games for a regular price in Apple Arcade, while Apple News+ offers magazines and newspapers for iPhone and iPad.

And if you happen to need to store plenty of stuff in the cloud, you may be paying for extra storage in the iCloud, which comes with a month cost to push things past a few gig, all the way up to 200GB or even 2TB. If you’re backing up a lot of files on your iPhone or iPad — all those photos and videos — you might be paying for that big plane the $17.99 per month 2TB, and sharing it with the family.

Apple even has a Fitness+ service coming soon to work with the Apple Watch, which will deliver yet one more service.

So there’s quite a bit happening in the Apple service world, and Apple One aims to collect it all under the one place.

Apple One is available in three plans in Australia

In Australia, Apple One is found in three plans, with the following choices:

Unsurprisingly, the Premier plan for $39.95 per month can feel like the best assortment of savings, especially when you look at what it has to offer individually.

On their own, Apple’s services charge a monthly fee, and cost:

Simply put, will Apple refund you if you already have paid for some of these?

Will Apple refund you if you subscribe to Apple One and already have other Apple services?

If you already have some Apple services paid for a year and you move to Apple One, it seems that you will get some form of a refund, with a pro-rated refund on the cards depending on what you’ve already paid for. If that means you’ve paid for a year, you should get some of your money back, which is potentially good news for folks making a bit of an upgrade.

There is a 30 day trial for the service, and through that time, we expect you might be charged as you normally would, but after it, you should get a pro-rated refund on the services that are included, something the Apple support system acknowledges in at least one of its support documents for iCloud. 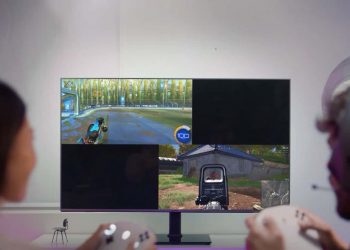