Remember those things called “magazines”? Well they’re back, kind of, as Apple revives the magazine digitally on iPhone and iPad.

Our reliance on the internet has changed how we consume information. While many of us would grab a newspaper daily, those numbers are lessening as we turn to the websites that provide us with our daily assortment of news.

The same is true for magazines, because though we once stood at the checkout glancing at publication or two, these days we’re on our phones, scrolling away at the same sort of information from much the same publisher, just on a screen instead.

Yet magazines aren’t dead, just changing. You might see them less — supermarkets have typically moved them away from the checkout, possibly near the milk or bread aisles — but they’re still very much out there, building stories and features for people to consume, much like any other website.

So Apple is looking to bring back some of the focus to magazines with a service it’s launching in Australia, Apple News+.

Available only for the iPhone and iPad to start with, it’s a slightly different take on the Apple exclusive of “Apple News” which takes news feeds from publishers all around the world, pretties them up, and makes them a little more readable on the devices Apple makes. Pickr even has a spot on Apple News.

While reading regular Apple News is free, Apple News+ commands a monthly fee, with a price of $14.99 monthly providing access to publications made available through the News+ service, including many from overseas, plus a few local titles, as well. 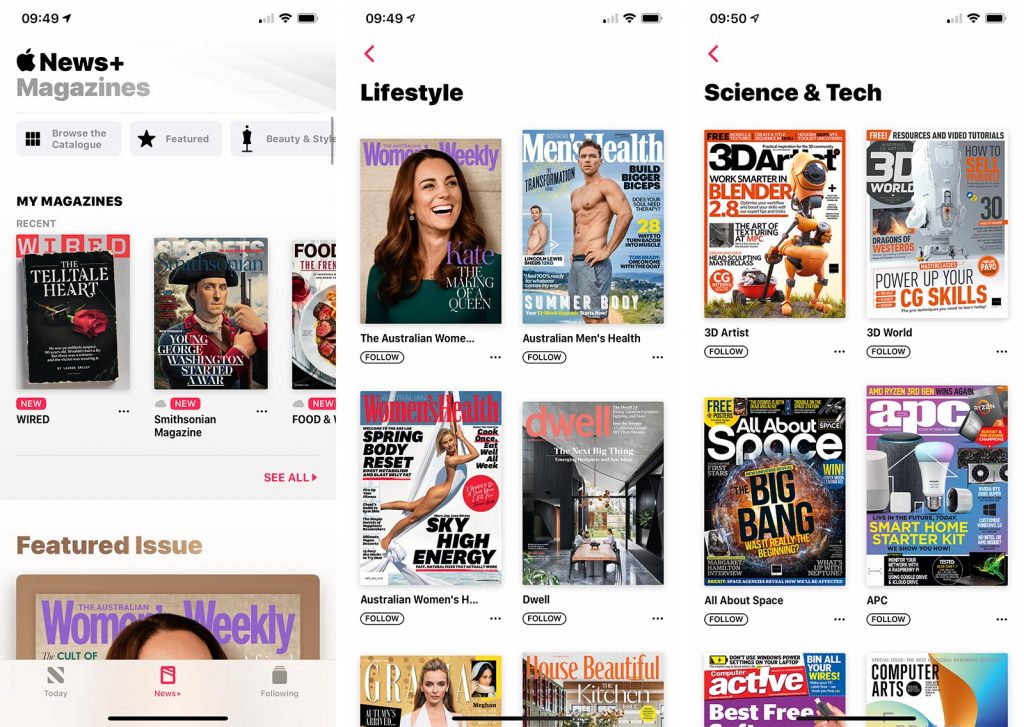 Overall, you can find the likes of Rolling Stone, Grazia, National Geographic, Popular Science, and quite a few dedicated to arts, health, science, and technology, while local mags include Delicious, Vogue, Harper’s Bazaar Australia, Elle, Women’s Weekly, and a selection of News Corp newspapers, too, among others.

The difference between what’s on News+ versus what’s on standard News (and indeed other websites) is that the stories catered for News+ are essentially digital interpretations of a magazine issue, but with clear imagery and typography, often animated covers, and support for both the light and dark mode launched into iOS 13 recently, meaning the article and story colours can change to suit reading in day or night.

“The quality of the journalism, the beautiful photography, the stunning live covers and custom-designed articles in this collection are second to none,” she said. “We think readers in Australia will be delighted with the offering, and we are proud to support the work of our newest publisher partners.” 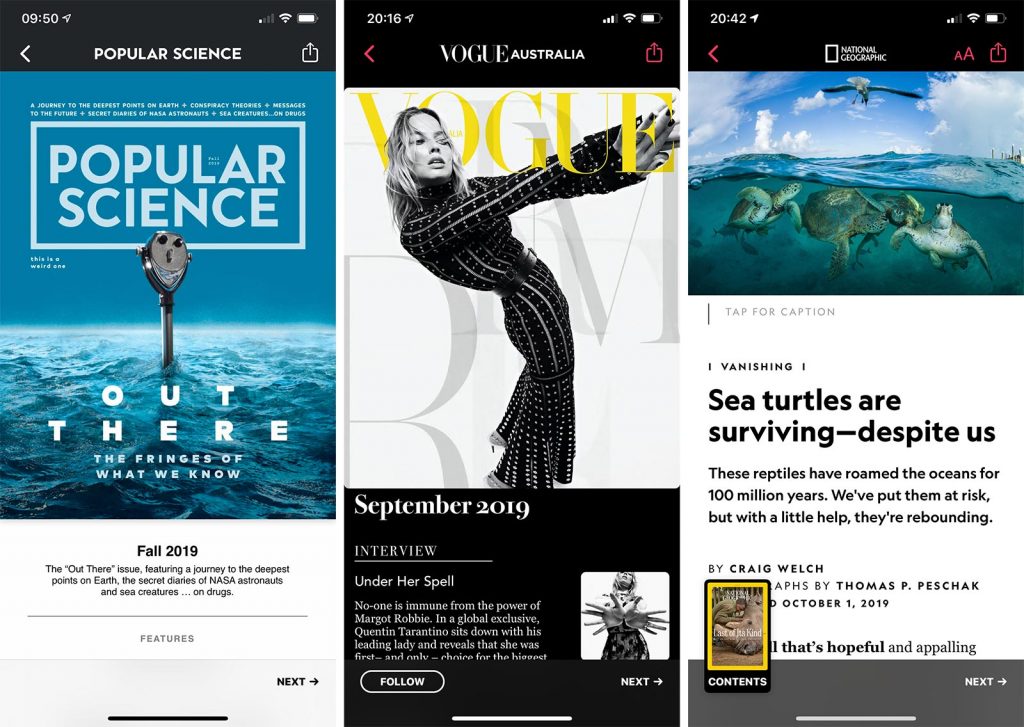 It’s worth noting, however, that digital magazines and publications aren’t new to the mobile world. For over a decade, Zinio made digital magazines possible through its apps and online counterparts, while Amazon’s Kindle also offers a selection of magazines available on its eReaders. Apple’s News+ services has previously launched, using America and Canada as a testbed, initially launching in March this year, with this Australian release coinciding with a launch in the UK, as well.

Subscribers to the service will see the first month as a 30 day trial, though the entire Apple News+ account does come as a family account, sharing the service with up to six people in your family for all to use.

There doesn’t appear to be a special price for one person to use the service, mind you, so whether you’re one person subscribing or five in the home account, Apple News+ will cost $14.99 monthly after the free trial month, where it will work on iPhone, iPad, and Mac computers, including the iMac, MacBook Air, and MacBook Pro.