The makers of the Snapdragon phone chip are making sure that the next phones, earphones, and more are equipped to deliver solid sound regardless of what comes next.

One of the trends we expected to happen this year was better sound for everyone, and that was partly because of just how common the technology to make better sound was becoming. You can find decent wireless audio options for under $100 from the likes of Beats and Australia’s Audiofly, to name but a few, and there are more than a handful of budget earphones that might prevent people from going with the cheapest pair they can find, often the pair of earphones their phone comes with.

In a week that has seen World Hearing Day on March 3, that sort of knowledge is good to know, because the lower grade the earphone or earbud, the worse it’s likely to be for your ears.

You may not realise, however, that some of the hardware helping to make audio more consistent across brands is coming from the makers of smartphone chips. In fact, this week, one of the biggest brands in smartphone chips, Qualcomm, announced that it has a whole line of hardware coming across devices, something it calls “Qualcomm Sound”.

Qualcomm Sound is essentially a banner for a lot of little different parts that will be spread out across phones, across earphones and earbuds and headphones, and potentially anything else that needs sound capabilities in the future, with the whole thing essentially being built to improve audio. There are several parts as part of the Qualcomm Sound approach, and we’re not sure all are needed, though Qualcomm is answering our questions on how the tech works (to a point, anyway).

For instance, the new Snapdragon 888 chips announced at the end of last year that will be seen in phones this year support the Snapdragon Sound technology, which can include support for Qualcomm’s aptX Adaptive tech for high resolution audio without wires running at 24-bit 96kHz sound, and at a low 89ms latency. Finding hi-res content is hard enough at the best of times, especially in Australia, but at least Qualcomm is betting that when you do, it won’t be delayed from your phone to your ears.

On your ear side of things, there’s an Active Noise Cancellation technology from Qualcomm, that can reportedly use AI to isolate noise in phone calls, plus an aptX Voice technology for wireless and high quality sounding voice alongside. Plus there’s an amplifier that could be used in phones called “Aqstic”, a name no one is ever likely to remember, and that will basically act as a digital-to-analogue converter (DAC) on a phone, supporting more high-res goodness, too.

A spokesperson for Qualcomm told Pickr that:

In layfolk’s terms, that potentially means sound on phones is about to get better, almost to the tune of those expensive high-res music players, though only if you plug in using a cable, as wireless sound isn’t quite there yet.

As for the hardware that will have this, right now it’s just phones using the Snapdragon 888, and select earphones using some of Qualcomm’s other chips (QCC514x, QCC515x, and QCC3056). We don’t always know what’s in a pair of earphones when they come out, but Qualcomm’s hardware is used by many manufacturers, so it’s possible the whole “better sound” thing will come to more earphones than just what’s announced.

However at launch, Audio Technica has signed up to use the tech in its wireless earphones, and Xiaomi in its Snapdragon 888 phone. Frankly, we’ll expect to see more of this in other phones, headphones, and earphones in the coming months ahead, as more devices get announced throughout the year. 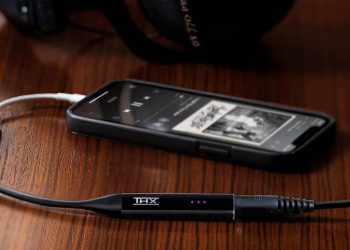