Budget Bluetooth earphones aren’t always the best, but the Beats Flex makes a case for a pair under $100 being amongst the best for the price.

Bring the two together and a company might have something, which is kind of the point of Beats’ latest pair of earphones, the Beats Flex.

Looking a little like a standard pair of wireless earphones — and more directly like the Beats X, which is clearly what Beats by Dre has turned to for inspiration or reproducing — the Beats Flex won’t surprise you with any special look. Offering black or a dash of colour, the Beats Flex is a neckband of sound with two earpieces dancing from a flat plastic ribbon on either side.

Little about these earphones is unusual or distinct, and they more or less just resemble what most of other corded earphones offer, wrapping around your neck and letting the corded earpieces do their thing, sending audio to your ears using the earphone tips hanging off each.

The pack includes four tip styles, including small, medium, large, and double flange, the latter of which Beats tends to offer, though few companies do. It’s one of the tip types that can make for an easier fit, though not everyone will like it. 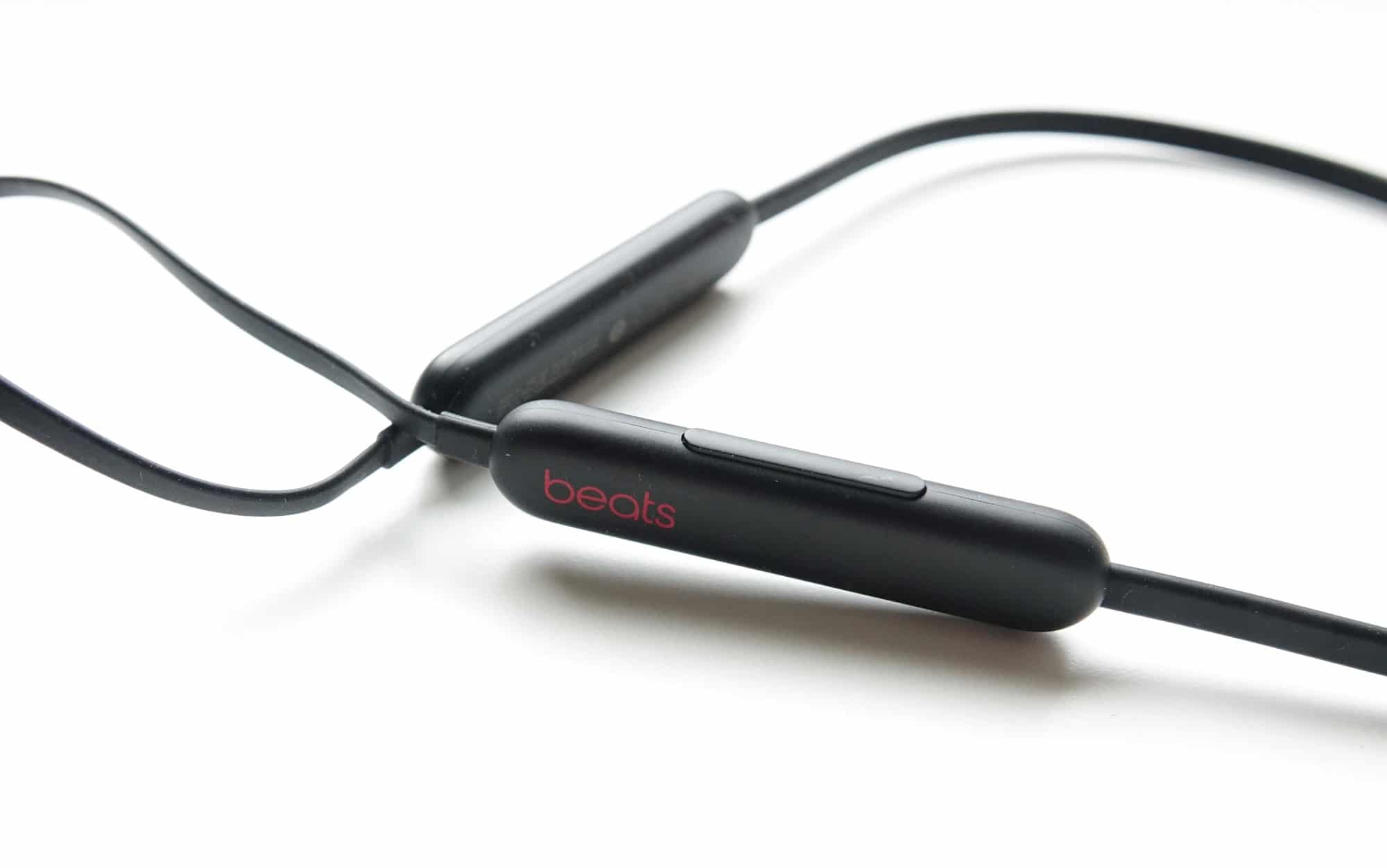 Controlling the Beats Flex is fairly simple, but there are two sides of the neck band you’ll need to get familiar with.

On the right, there’s a power button, sitting on the under-side of the band, while the left houses all the controls, small as they are. The top-side of the left offers a volume rocker, while the inner section of the band near where your neck will be offers a small circular button that will do most of the heavy lifting if you control the earphones for music. That circular button is for pause, play, and answering calls, but you can also press it twice to skip a track and three times to go backwards. It’s all pretty standard for Bluetooth earphones.

There’s even a magnetic clasp on the back of the earphones, allowing them to come together around your neck, holding nicely and conveniently pausing the music, so you don’t miss a thing.

Designed with phones in mind, you’ll find the Beats Flex connects easily to the iPhone, and plays nicely with Android, too, supporting the Beats app for some of that control.

We did find the odd issue when connecting the Beats Flex to the Mac, which connected over Bluetooth, but struggled to play to the earphones. You might have more luck, but the W1 chip doesn’t appear to be quite as seamless as the H1 used in more premium earphones, including Apple’s AirPods Pro and the Beats PowerBeats Pro. 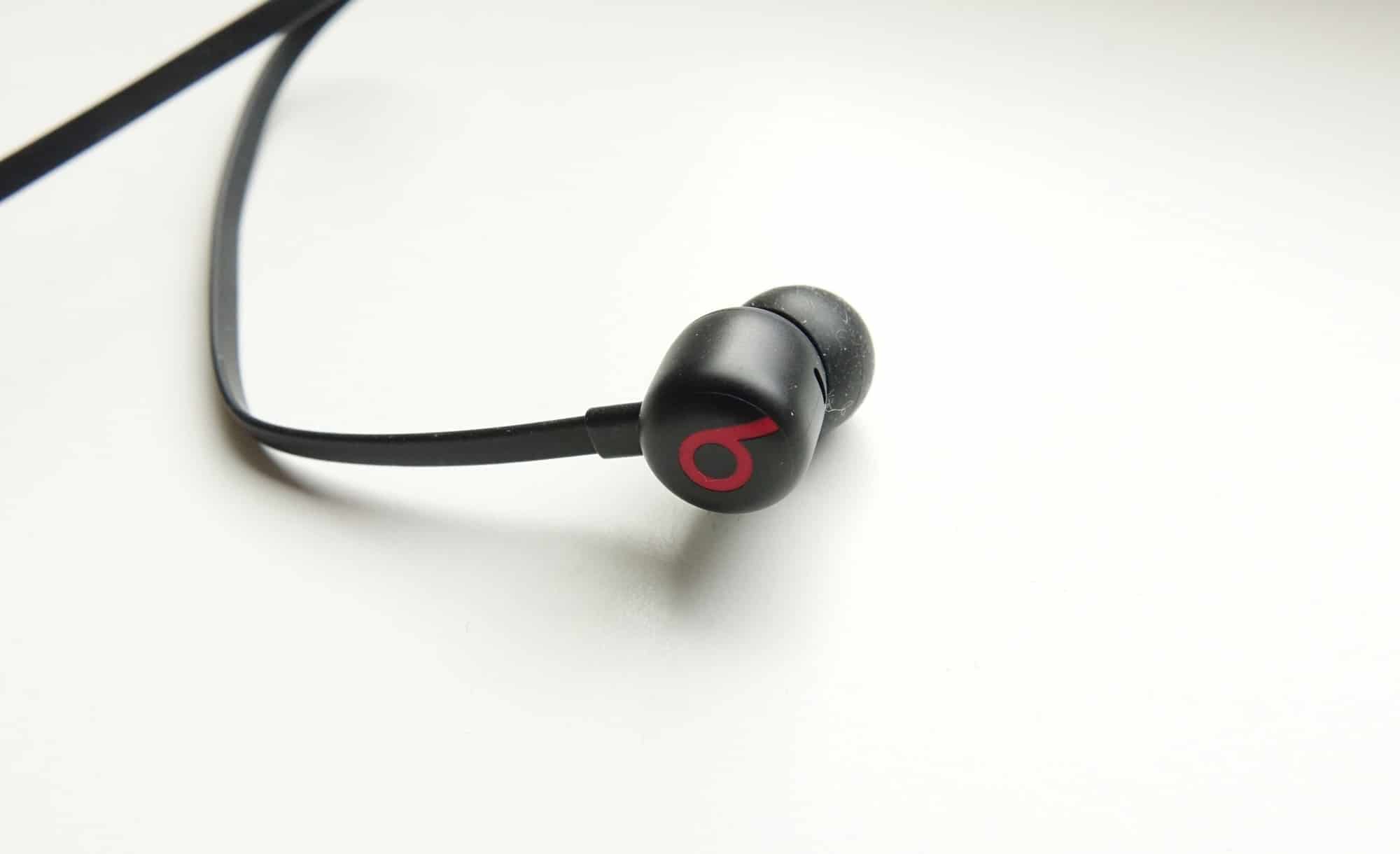 Fortunately, we’re here for the performance, and when connected to a phone, that’s exactly what we could use it for.

As usual, we’re testing a pair of earphones using the Pickr Sound Test, which you can listen to for yourself over Apple Music, Spotify, YouTube Music, and Tidal, and that starts with electronic from Tycho, which delivers a nice sound that is a little brighter than we expected, but with a slightly squished soundstage.

But the sound is definitely pleasant, with a focus on the highs and some punch to the bass, something you can hear in Daft Punk’s “Contact” and Carly Rae Jepsen’s “Cut To The Feeling”.

Looking for a little more oomph, we jump into R&B and rock, where Charlie Puth’s “Done For Me” certainly has some, as does Rage Against The Machine’s “Take the Power Back”, but the rendition isn’t wide, and feels compressed, as if the earphones had less to work with and were forcing sound through a smaller channel.

In jazz and classical, that shorter soundstage presents itself in a nice enough fashion, though you’re not going to win points for detail here. Rather, the sound is nice, but not good enough to be as great as other Apple or Beats earphones. 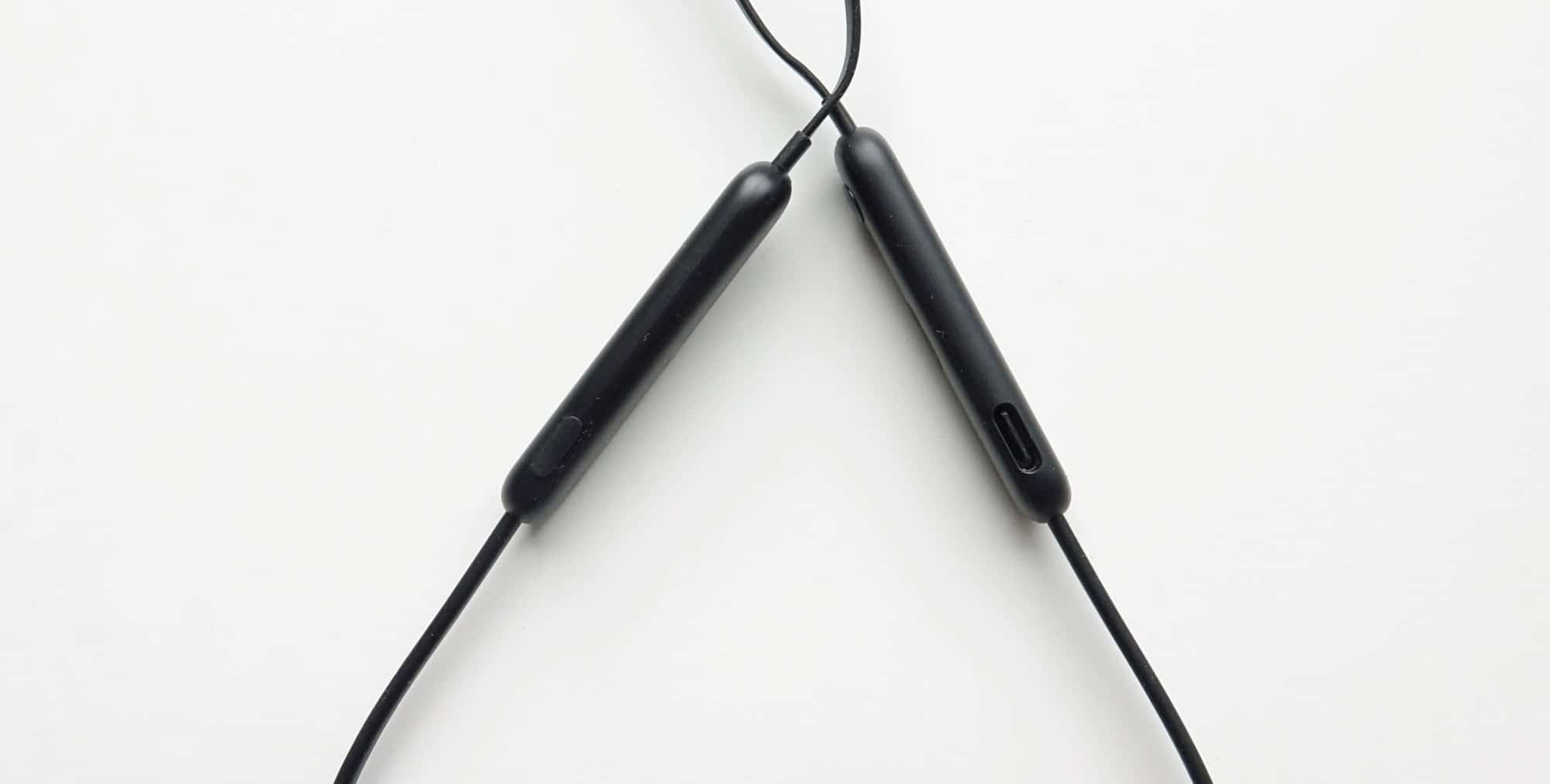 While the sound could be improved slightly, the battery life is hard to argue with in this category, delivering up to 12 hours, but likely delivering you the 10 to 11 mark.

This will depend on you, but we found ten was possible, and we’re delighted to see Beats using the USB Type C connector for recharging the Beats Flex, instead of the reliance on the Apple Lightning connector we saw on last year’s Beats Solo Pro headphones.

Battery life is a win, as is the charging connector, and that’s helped by the value.

Another thing Beats has done right with the Flex is the price, which sits in the entry-level part of the market at a staggeringly inexpensive $80 in Australia. Typically a premium brand, below $100 is somewhere Beats’ wireless earphones have never been, and it couldn’t be more welcome.

The $50 to $100 mark for wireless earphones typically sees entry-level options that are either great value or absolute rubbish, with the former much rarer than the latter.

While the Beats Flex are not the best earphones around, at $79.95 in Australia, you’d be hard pressed to complain about what Beats by Dre is offering in these earphones. 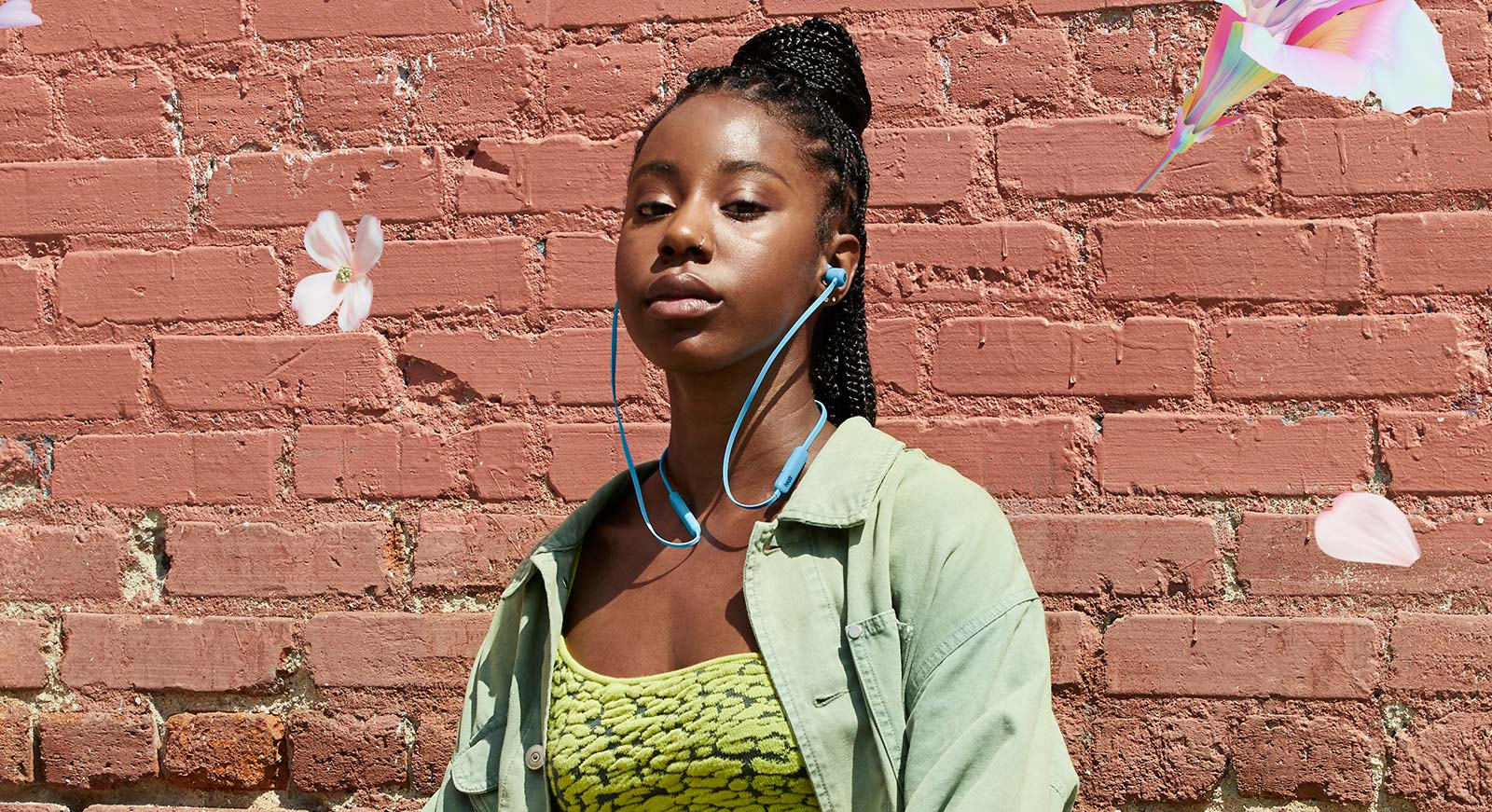 So what needs some work in Beats’ least expensive wireless earphones yet?

It’s surely not the price, or even the battery life, and we’re quite enamoured by the comfort, and even the magnetic clasp. These are basically the Beats X made less expensive, which is hardly a problem.

But there’s no water resistance, something we’d really like to have seen, meaning you can go for a run with them, but the absolute lack of sweat resistance may mean that if you drip profusely or go for a run in a light rain, the Beats Flex may not survive as well as you do.

We’d also like to have seen Apple’s latest chip, the H1, not the older variation, the W1. There’s a different in supported Bluetooth technology, which means Beats Flex will work with your phone, but may not run the same wireless range as its more expensive siblings, and it may not be as quick to connect to devices.

Essentially, the Beats Flex uses the same chip as the Beats X, which given the design is similar, should hardly come as a surprise. But that doesn’t mean it’s a bad value, just more an older pair of earphones made even more relevant with a really attractive price. 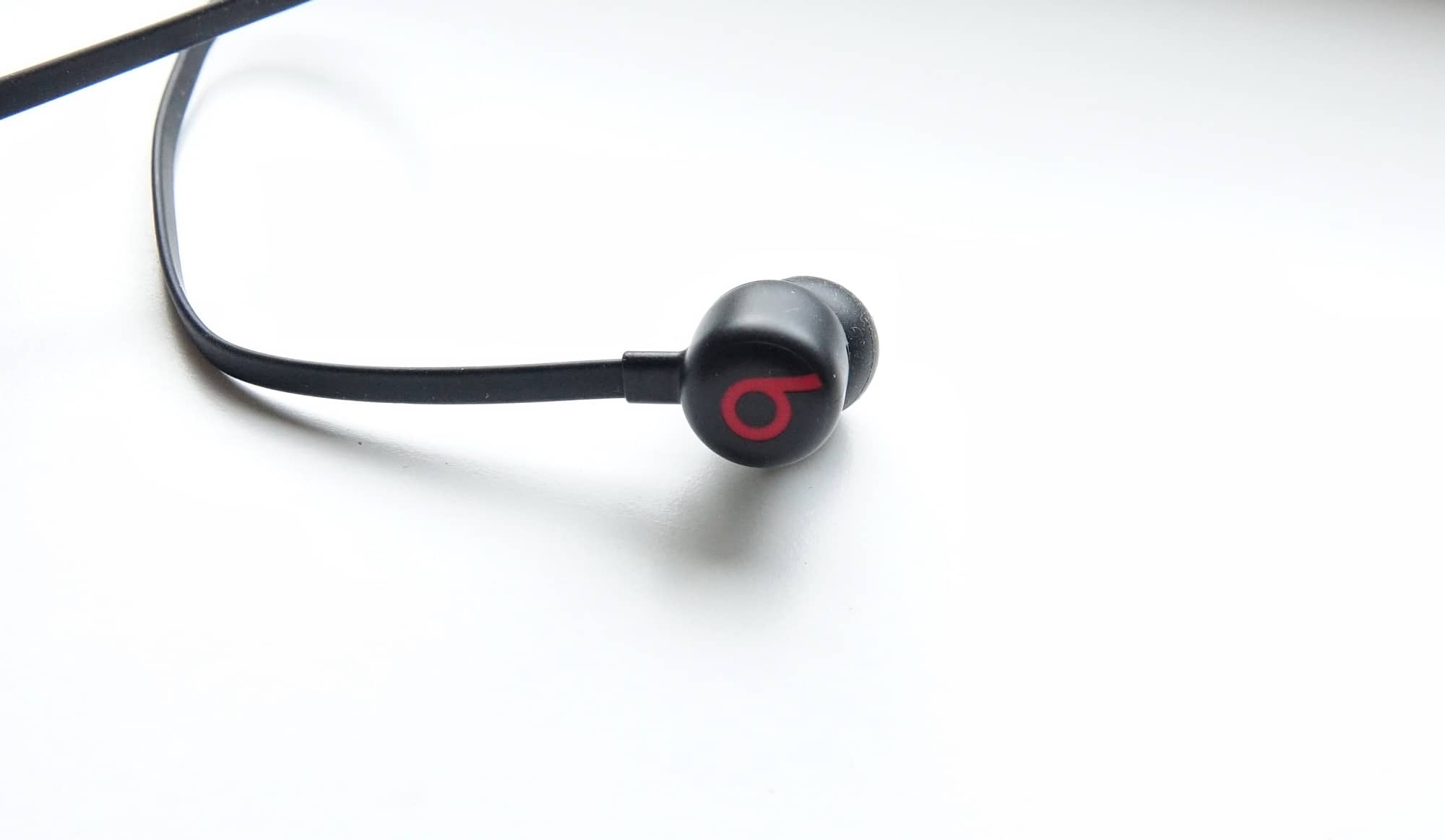 With Apple’s latest iPhones lacking a pair of earphones, the $80 Beats Flex makes sense, delivering entry-level value for folks who want it.

Make no mistake, there are easily better earphones out there, but for under $100, the Beats Flex plays very nicely indeed, delivering a good sound for a good price.