You might think of the iPad when it comes to tablets, but Microsoft’s Surface makes a dent in tablet PCs, and this year it’s seeing updates for lots of reasons.

Glance at the world of tablets, and there’s a pretty solid chance you’re going to think of the iPad, and there are good reasons why. It has been around for years and is more or less synonymous with the idea of what a tablet is.

But it’s not the only tablet, and if you want one built for work, there’s a good chance you’re thinking of a Windows tablet.

In the world of Windows tablets, there’s an assortment of tablets with stands and 2-in-1 devices from all sorts of manufacturers, whether it’s a 2-in-1 from Dell or a 360 degree hinge laptop from HP, and so on and so on.

However one range has been focused almost entirely on tablets, and it comes from the maker of Windows: Microsoft.

The Surface range has long been about finding a way to make Windows more touch-centric, and with a new version of Windows out, Windows 11, it’s time for Microsoft to refresh its range, showing what tablets can do once more.

This week, Microsoft is talking up no less than three models for the Surface, updating form-factors with new chips, ports, and new designs, effectively bringing more choice in tablets on the Windows side. 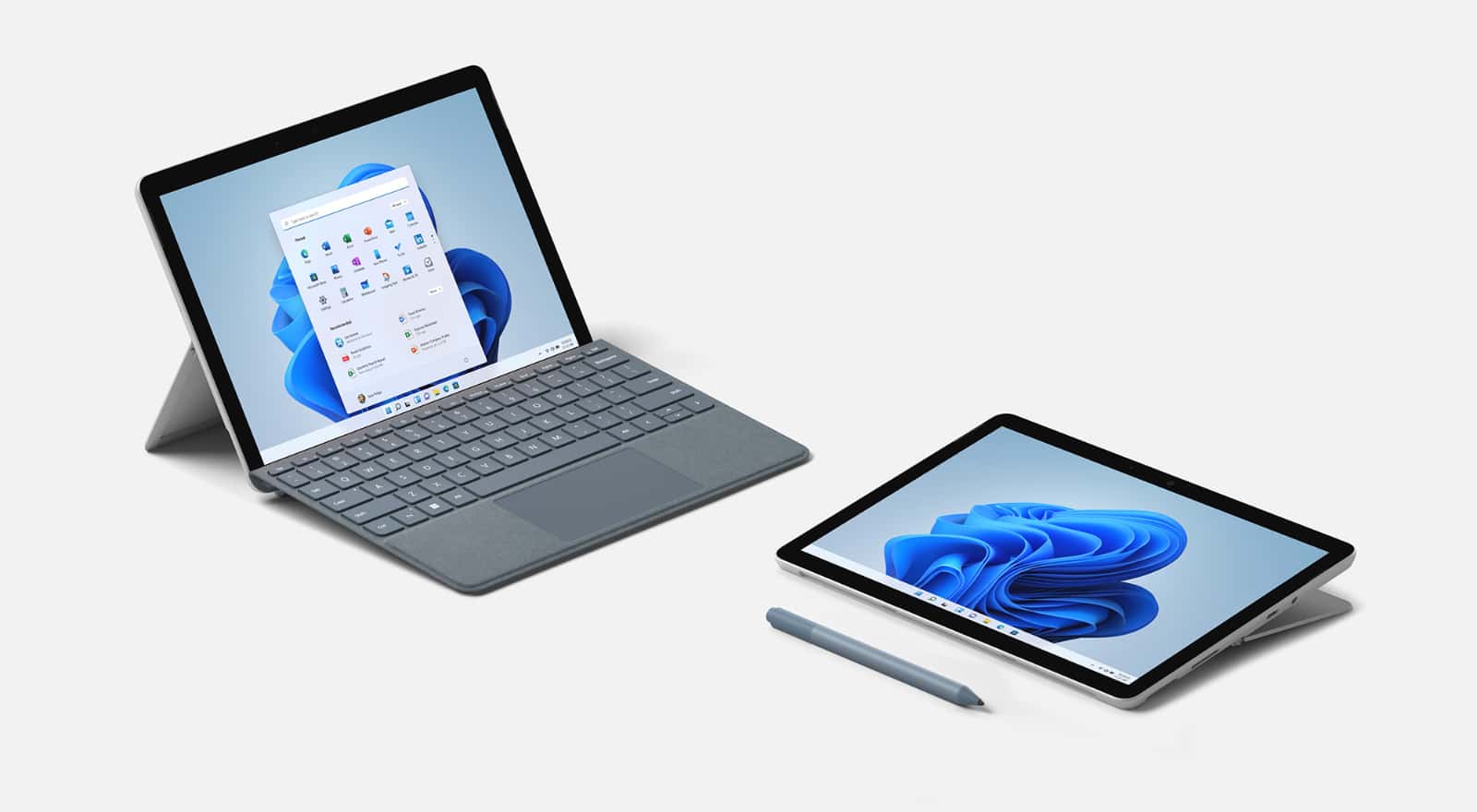 It’ll start with the Surface Pro 8, which as the name suggests is the 8th edition of the Surface Pro line. In the Surface Pro 8, the 12 inch display has been made marginally bigger with smaller bezels to make it a 13 inch tablet, adopting 11th-gen Intel Core processors and adding two Type C Thunderbolt 4 ports to the mix, as well.

Microsoft has refined the profile slightly, giving it more of a curved edge so that it’s a little sleeker, but it’ll keep the alloy design and incorporate up to 16 hours of battery life, arriving with a 10 megapixel 4K camera on the back, a 5 megapixel front-facing camera on the front, and support for Dolby Atmos sound, while the optional Microsoft Signature Keyboard can hold the other optional extra that is the Slim Pen in its design. 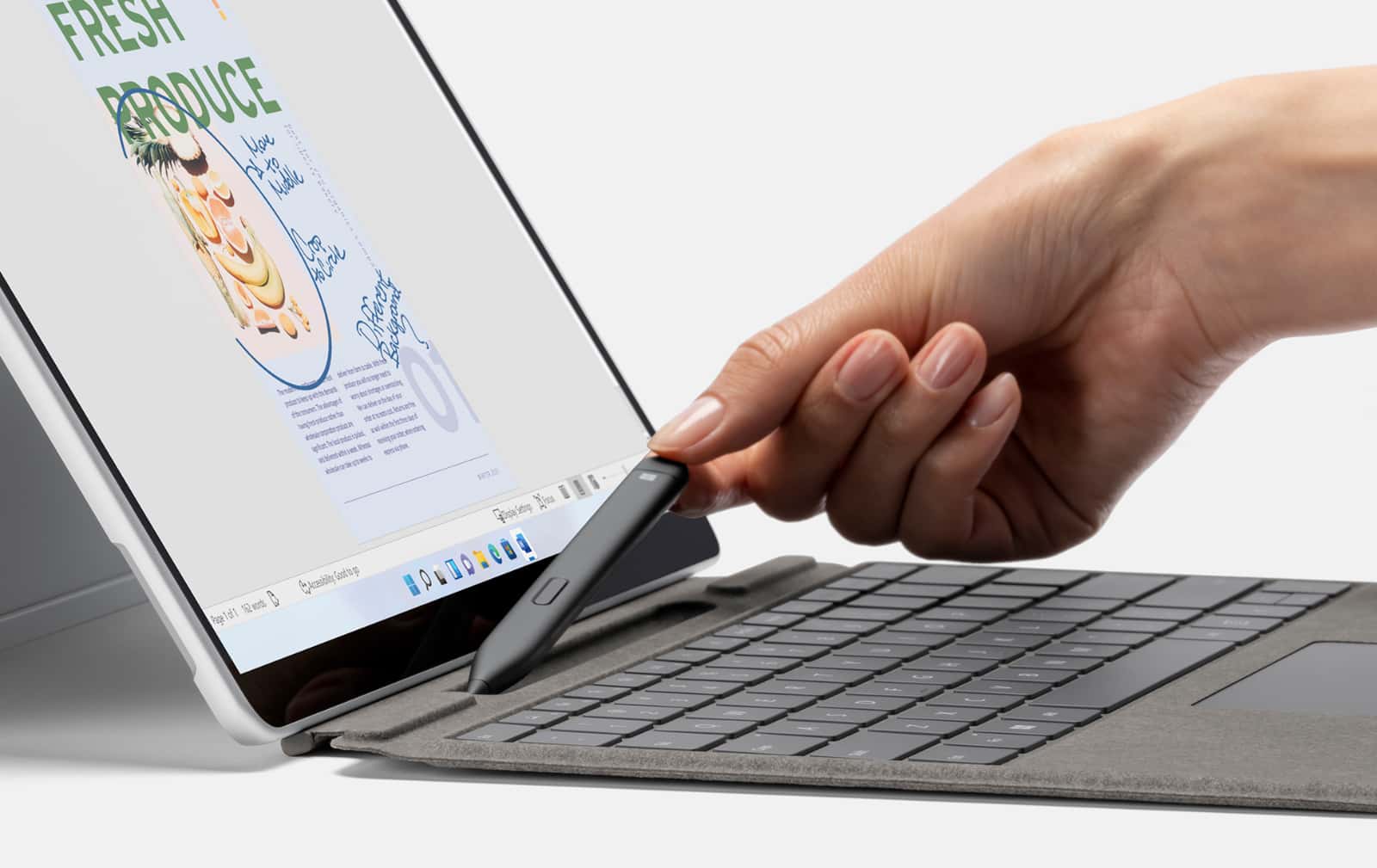 Available from $1699 from November 4, it won’t be alone, arriving just after Microsoft releases the Surface Go 3. A follow-up to the as-small Surface Go, the Go 3 offers a smaller and more cost-effective take on the Pro, and arriving in a 10.5 inch tablet with an Intel Core i3, 1080p cameras, and just enough size with a 450 gram weight and Windows 11 for a starting price of $629.

Microsoft will also add a Surface Pro X option to the list in a WiFi-only model, a change given the launched model initially came with mobile connectivity as well as WiFi. However there’s no price date or availability for the WiFi-specific Surface Pro X in Australia at this time.

What we do have is an expected date for something very new from Microsoft: a windows computer with an unusual design that allows it to work as both a tablet and a laptop, but also sit as a bit of a game station.

Called the Surface Laptop Studio, it includes a style of computer hinge design similar to what Acer has worked in the “Ezel hinge”, an idea that allows the screen to move in position on the laptop base so that it not only can sit perpendicular to the keyboard like a traditional laptop, but be positioned at an angle to draw on, or simply use it as a portable screen.

Microsoft’s Surface Laptop Studio borrows some of the design from the Surface Studio desktop, but throws it into a more portable design, bringing a 14.4 inch touchscreen to a new hinge for Microsoft, and marrying it to 11th-generation Intel Core processors and Nvidia GeForce RTS graphics chips.

We suspect the Surface Laptop Studio will be focused on content creators and gamers, and may well be the next generation of Microsoft’s Surface Book range or at least a replacement for it, which last saw an update in 2020’s Surface Book 3.

However there’s no price for the Surface Laptop Studio, even if there’s an expected time frame, forcing potential buyers to wait until early 2022 before they can get their hands all over the next style of Surface creative laptop. 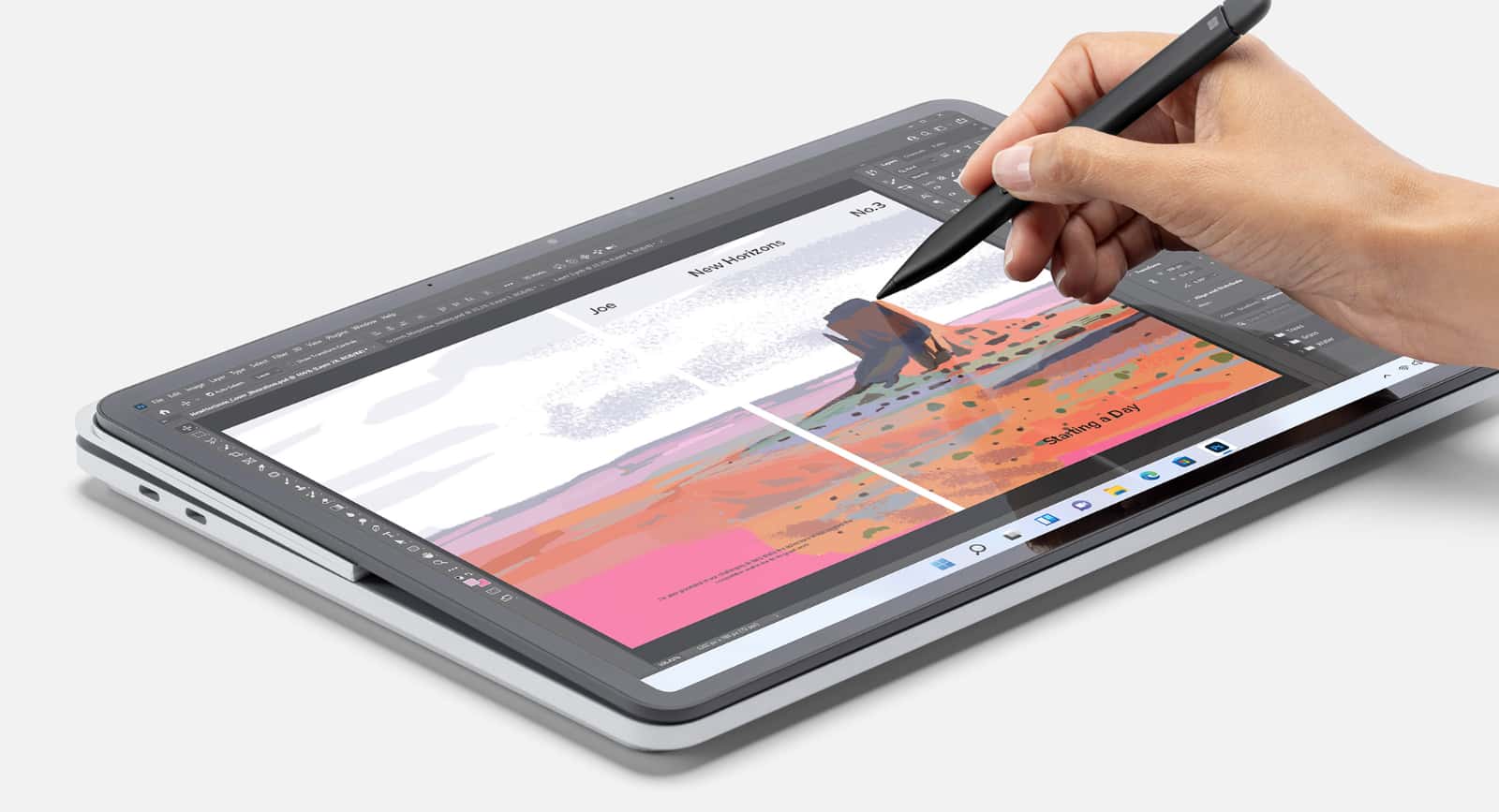