The professional laptop could get more interesting, as Acer returns a design from its history.

Depending on just how much computing power you need, you might be looking at a different class of computer. It’s not about raw power, because if you want that, the custom desktop PC or specialty Mac Pro and iMac Pro can offer that.

Rather, it can be about form-factor.

Take if you’re a creative and want a big screen and powerful graphics processor, you probably need to look at a relatively sizeable 15 or 16 inch computer with a meaty set of specs inside, and possibly some extra bits to make it stand out.

If you grab a Surface Book, the special features that make it stand out are the fact that it turns into a tablet simply by disconnecting the whole unit, which means it’s a very thin tablet when you need it to be come one. Another option is Dell’s workstation-grade Precision range, which are often the high-end XPS range with workstation-focused insides. Razer even has a workstation-class laptop now, too, so there are clearly options.

On the other side, if you adopt the recently launched MacBook Pro 16, it’s an almost bezel-less screen, very high-end specs, and the extra macOS features like using an iPad as a second screen and the TrueTone display, not to mention six speakers instead of two and four.

But there are other ways a laptop can stand out, and Acer is attempting to win over creators and creatives with some of them, launching the “ConceptD” range in Australia. 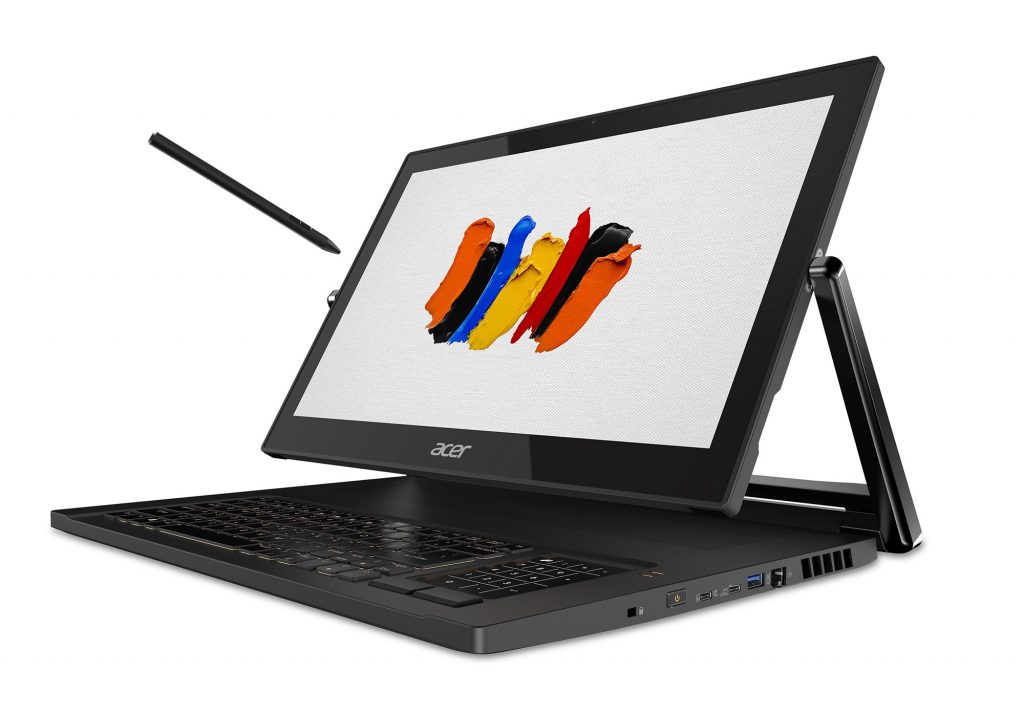 A little bit different, Acer’s concept computers are a take on the workstation going in modern directions, be it with features for designers and 3D creators looking for a machine to allow them to do things differently from other PCs.

At the high end, there’s the ConceptD 9, a machine that returns Acer’s old “Ezel” hinge from a laptop it once had in 2013, and delivering a whopping 32GB RAM, Intel Core i9 chip, and a GeForce chip made for 3D development and gaming, the RTX2080. Acer says the focus on this one is for 3D work, and includes a 4K Ultra HD screen that has been validated for Pantone colour with 100 percent of the Adobe RGB colour gamut, with support for a Wacom pen included as well. That special Ezel hinge makes it both a tablet on a stand and a laptop, and differs from the usual 360 degree hinge that folds a screen all the way around the laptop.

The ConceptD 9 isn’t the only model to arrive, but it is the only one to see the Ezel hinge’s return. 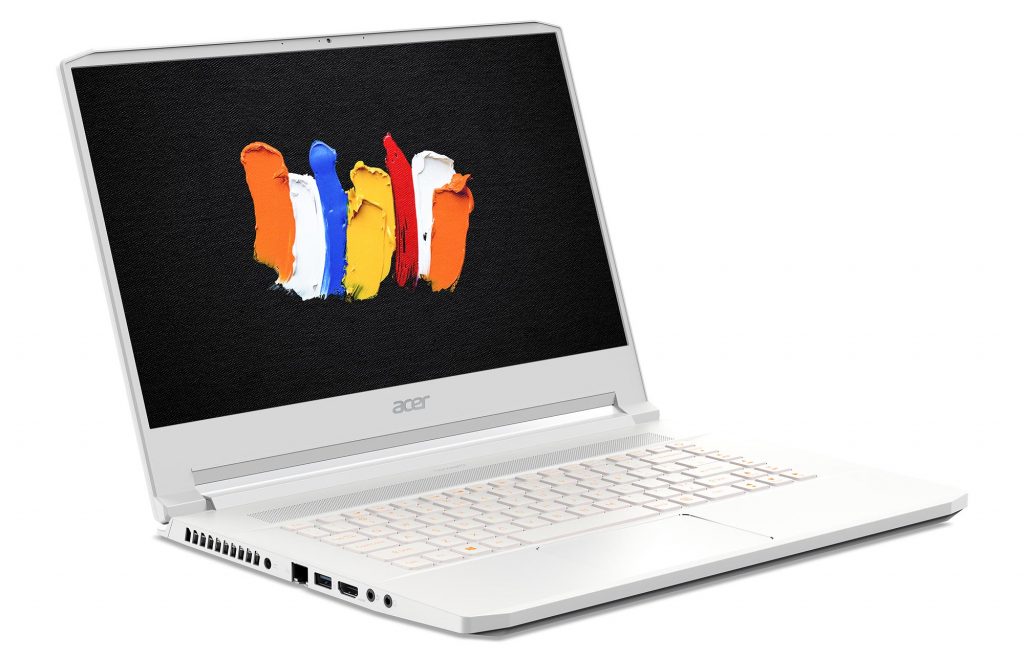 In fact, Acer’s ConceptD 7 is a laptop that is a little more “normal”, slimming the laptop down and including a 4K HD screen, same Pantone and Adobe colour accuracy, and support for either a GeForce RTX or a Quadro workstation-class graphics chip.

There is a desktop that Acer will be bringing to the mix — the Acer ConceptD 500 — basically backing a similar approach to the ConceptD hardware, yet in a smaller desktop made for power without the screen. If you want Acer’s approach to a screen, two of those are coming in 27 inch ConceptD monitors made with varying amounts of high dynamic range.

“Bringing ConceptD to Australia is an exciting milestone for Acer as it marks a new chapter in the solutions we deliver to the local market,” said Darren Simmons, Managing Director for Oceania at Acer.

“While Acer continues to innovate and have a strong presence across gaming, education, commercial and thin-and-light categories, we saw a clear opportunity to expand our offering with a range tailor-made for creators and their unique needs,” he said.

“The creative industries are integral to the economy, having contributed $111.7 billion to Australia in 2016-17 according to the Bureau of Communications and Arts Research (BCAR). As ConceptD devices are equipped with high-performance processors and graphics that can handle extreme workloads, they are designed to enable creators to bring their ideas to life more effectively and further drive these outcomes.”

However winning people over on price may end up being a big more difficult for Acer.

While Acer’s computers are definitely up there in specs and include interesting designs, they also include hefty prices, too, with one computer, the ConceptD 9 with its Ezel hinge, stretching to the $8999 price tag in Australia. The slimmer ConceptD 7 workstation ranges from $3999 to $6999, still not necessarily inexpensive, while the desktop ranges from $5499 to $7049, and the monitors cost $1899 or $2999. Indeed, it seems Acer’s ConceptD range isn’t for creatives who aren’t afraid of spending up.