Big TVs are a big deal this year, and while 4K is still big, 8K is even bigger, and it’s something Hisense will offer shortly.

If you’ve been eyeing your TV and wondering just when it would be time to upgrade, 2021 might be the year. There’s a lot happening in the TV space, and not just with the world of 4K, but rather 8K, too.

While the jury’s still out on the sort of content you can currently find for an 8K TV, the choice of 8K screens is about to get even wider, as Hisense looks set to offer three sizes of 8K screens in Australia, alongside what will likely be everyone else in the TV making space, too.

Hisense is one of the first to talk up what’s coming to Australia, though, and that comes with the launch of its new ULED screens, an acronym that doesn’t offer the same sort of explanation as to what “QLED” means from Samsung (quantum dot light emitting diode backlighting), or even LG’s recent “QNED” (quantum dot nanocell light emitting diode backlighting), phrases which could read as marketing jargon all too easily lost in translation. Rather, ULED is Hisense’s assortment of LED backlit technologies that goes into its screens, and while getting an explanation about what that means is never easy, this year, we at least know what some of the upgrades are. 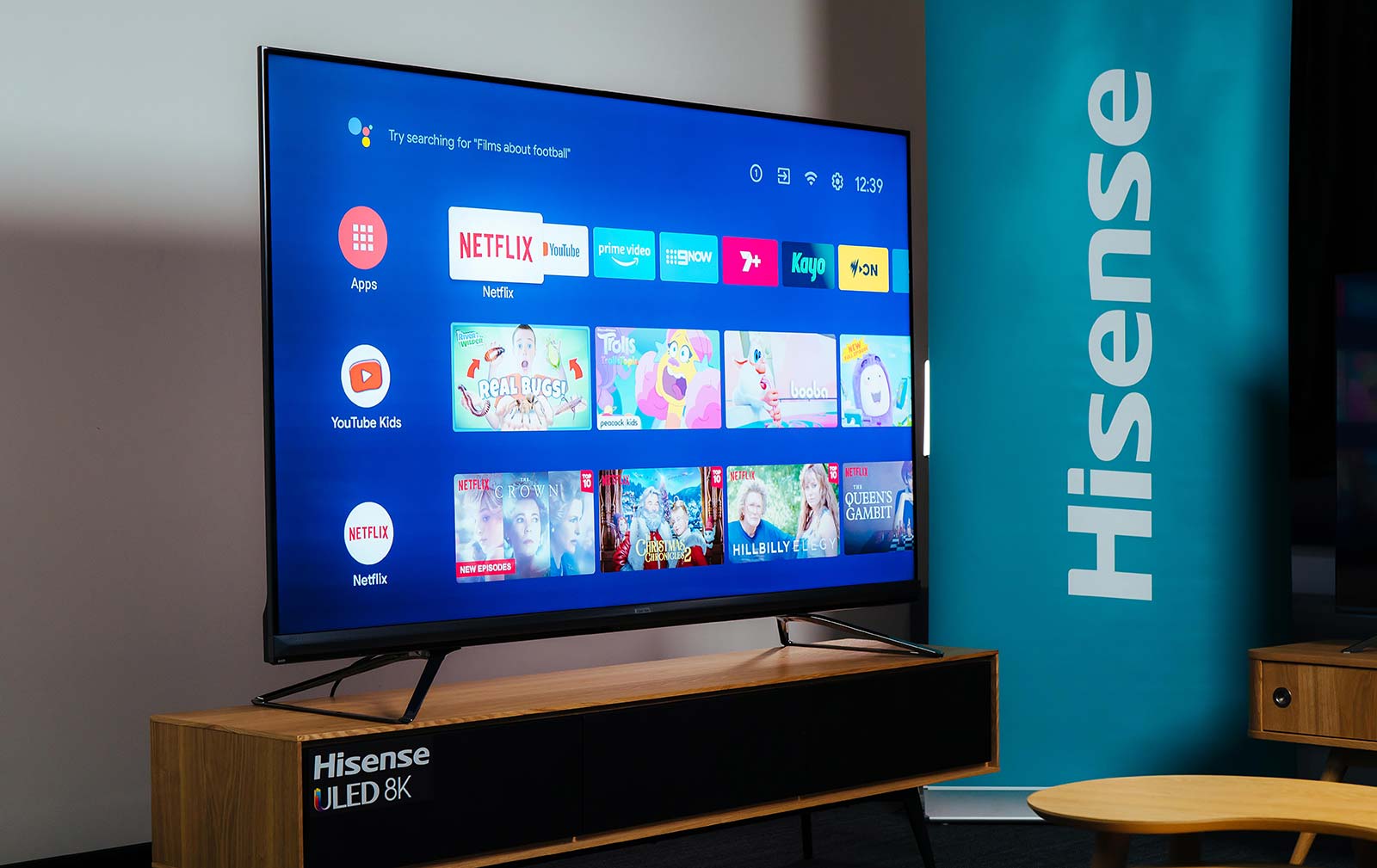 For instance, in the 2021 8K ULED TVs, Hisense is arming the screens with quantum dot colour, a full array dimming system to control those blacks better, and support for Dolby Vision HDR, among other things. There’s also a proprietary image upscaling technology called “Hi-View Engine Pro” which uses artificial intelligence to get lower resolution sources up to 8K, handy given 8K content is practically impossible to find beyond a few demos and videos shot from certain Android phones.

The 8K TVs will support HDMI 2.1 and AMD FreeSync for gaming, complete with a mode specifically for faster refresh rates and low latency, handy for folks who like to game.

And while the 8K screens will have more pixels to work with, Hisense notes that some of its 2021 4K ULED range will also include many of these technologies, save for the higher resolution, but will offer support for the “IMAX Enhanced” certification, basically meaning the visuals are certified to be the way they should look from what the film industry’s technical specialists say.

On the audio front, Hisense is supporting eARC for upgraded external sound, while the TVs themselves support Dolby Atmos Audio, as well, providing a little more dimensionality to the built-in speakers.

“Our 2021 ULED TV range is all about giving Australians access to some of the highest quality TV technologies and features available,” said Andre Iannuzzi, Head of Marketing at Hisense Australia.

“We’re not just talking about those at the top of the range – from our ULED 8K TV offering through to our ULED 4K models, Australians can enjoy the likes of Dolby Vision HDR, Dolby Atmos Audio, eARC, VRR, HDMI 2.1 and far-field voice control,” he said.

There’s also support for the VIDAA U5 smart interface Hisense announced earlier in the week, complete with Kayo Sports now added, among other services, plus voice commands on the TV thanks to the far-field microphone built into the screen.

Pricing and availability is therefore the next thing you might ask about, and right now, there’s not a lot of info there.

At the launch this week for CES 2021, Hisense has announced the 75 inch 8K ULED TV (75U80G) as being priced at $6999 when it’s released in February, though no pricing has been set for either the 65 or 85 inch models due within the next few months. As for the 2021 Hisense 4K ULED TV models, that’s a bit of a question mark, too, but you can bet when we find out, we’ll let you know, too.