Google’s next Nest Hub is all about the sound, the sleep

The world of smart displays is about to get a bit of a refresh, as Google updates one of the first models, and the Nest Hub hits version 2.0.

We live in a world of smart assistants, and whether you talk to Google, Siri, Amazon’s Alexa, Samsung’s Bixby, or Microsoft’s Cortana, there’s a good chance you’re making a digital connection with one of them. It might be through your phone or your computer, but it could even be through another gadget, such as a smart speaker or a smart display.

The latter of these has become a little more than just a gimmick over the years, as the smart display works for not just asking Google or Amazon something, but for more. You can watch movies and TV shows through it. You can read recipes on it. You can call people through a smart display, and use its camera (if it has one) for video calls.

While a smart speaker is a handy tool to let you talk to an assistant and hear music, news, weather, and command it to control aspects of your digital life and your smart home, the smart display provides a slightly more tactile approach to the same thing that allows you to see the results, and then touch and control them using a simple touchscreen interface.

We’ve even found they make for one of the best reinventions of the digital photo frame. 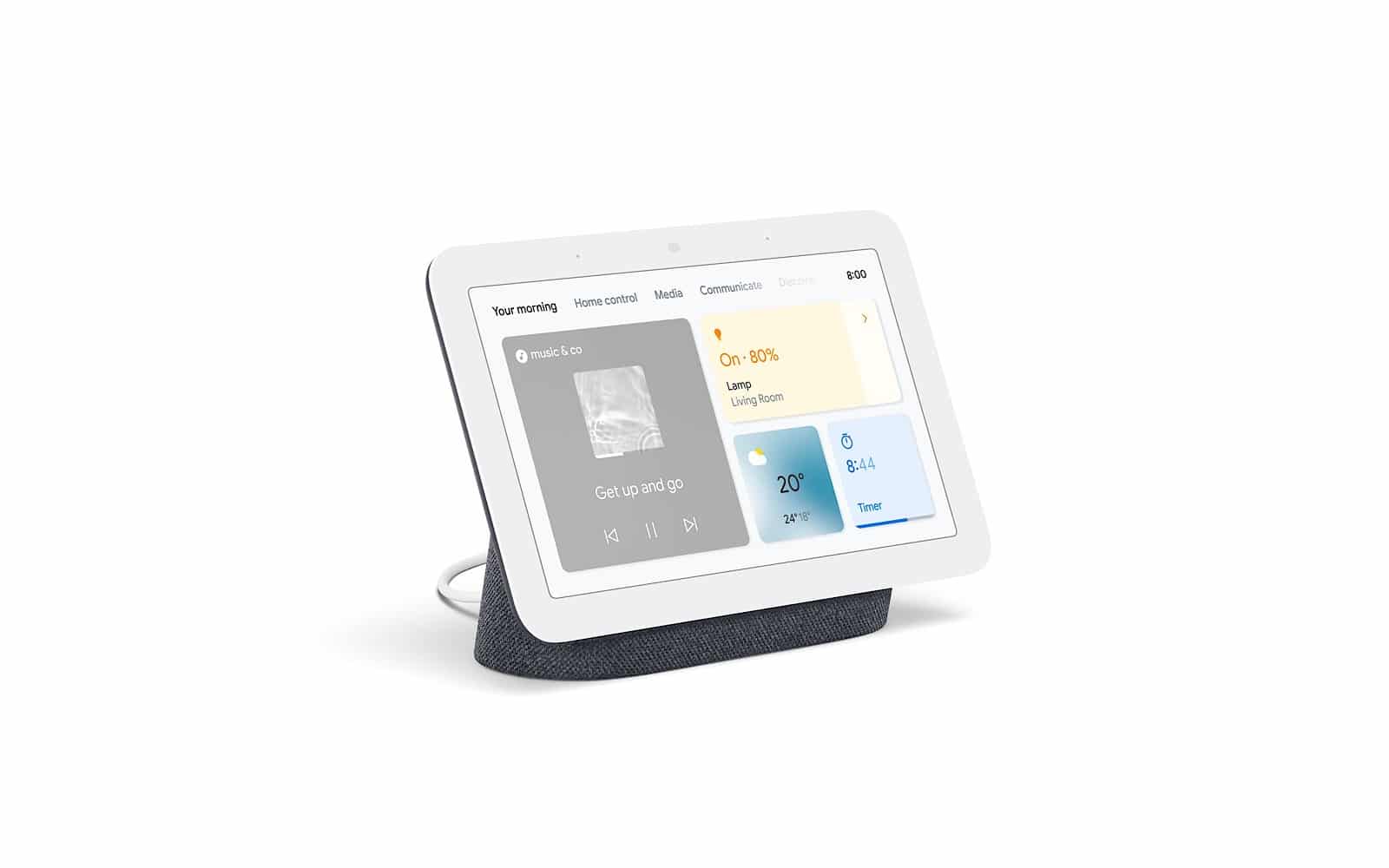 The new model is actually just called the second-generation Nest Hub, and the style is very much on point for an evolution to that model: there’s a similar design to both the Home Hub and the Nest Hub Max, retaining the 7 inch touchscreen of the original, but softening the design a little more, basically making it a mid-sized touchscreen mounted to the base of a speaker.

Like the original, there’s no camera, so no video call functionality here, at least not one that will let anyone see you. However the focus again is on having a smart speaker you can see a visual representation of, and let you check on your smart home, control things, and even see through a video doorbell, if you have one of those, too.

Google has worked on a few things here, too, with the sound improved thanks to the tech used in last year’s Nest Audio speaker. It means the 2021 Nest Hub has more bass to work with, essentially delivering a better sound in the room it’s in.

And Google is adding technology from its other devices to kind of bolster the new Nest Hub for more features. It’s adding a connectivity standard called “Connected Home over IP”, also known as “CHIP” to improve connectivity between devices in the smart home, and it’s bringing in the Google Soli technology from the Pixel 4 and Pixel 4 XL, and using that as a way to monitor gestures so you can control the display without touching it.

How the Google Nest Hub will use Soli for sleep 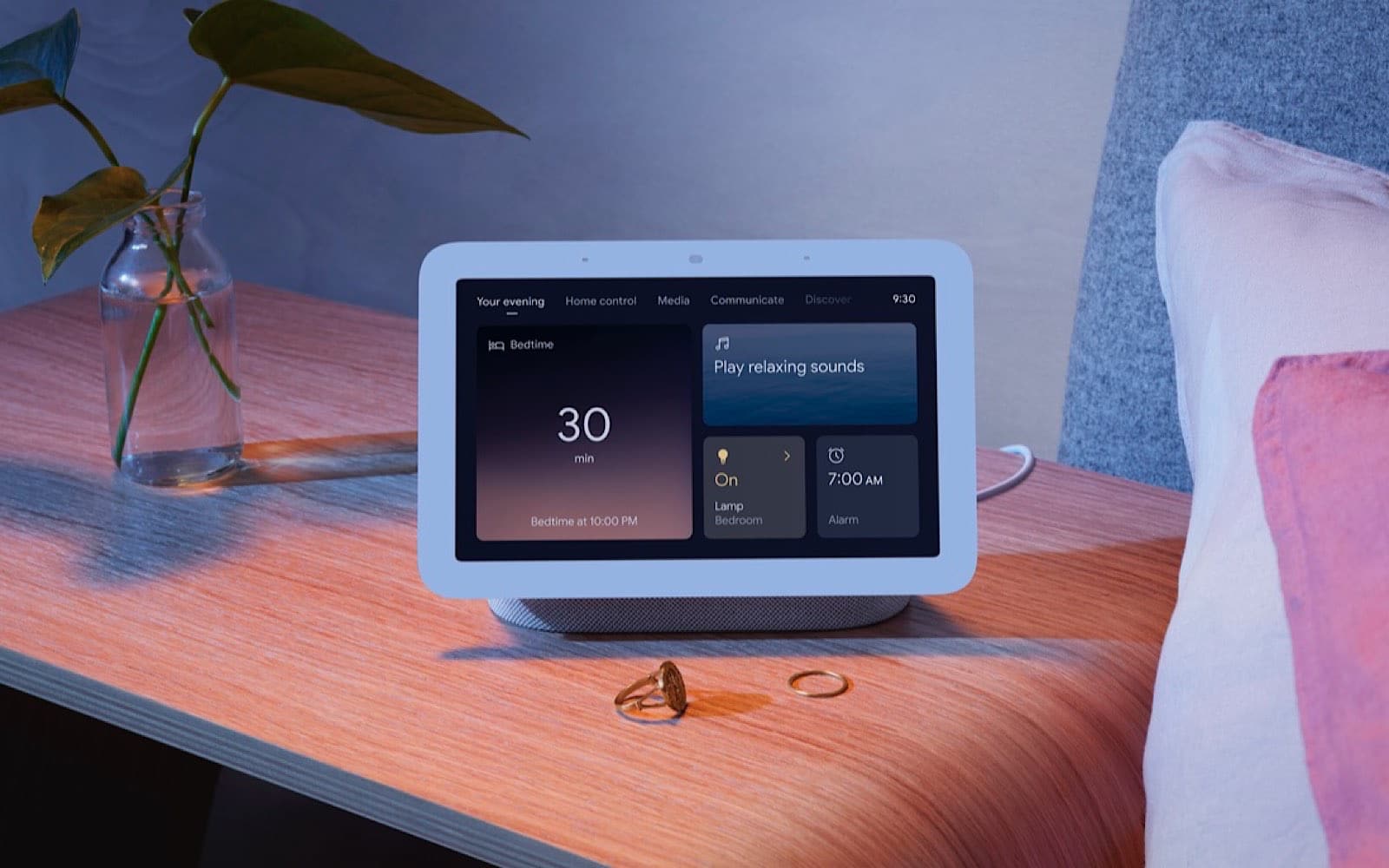 The use of Google’s Soli is interesting, because it’s a form of radio wave sensing, and while that will be used for gestures, Google is also tapping it for “Sleep Sensing”.

Much like how Lenovo used a smaller smart display for a smart clock, Google’s Nest Hub 2 is going to be built for a bedside approach, with the sleep sensing technology using Soli to track movement while sleeping, as well as listening for the sounds of coughing and snoring. All of this leads to onboard processing of the information, and then an understanding of your sleep.

The tracking and understanding of sleep comes from Google monitoring 110,000 nights of accumulated sleep from 1500 individuals used in the testing, validating the results using studies in polysomnography, a type of sleep study. That comes together with some artificial intelligence to analyse the last two weeks of sleep (14 nights), and recommend a routine to help you get the most efficient sleep from this, even working with the sounds you make as you sleep, plus talking to other supported apps.

However it won’t play with other sleep sensing hardware, Google confirmed to Pickr. Even though the Withings Sleep Analyser exists in the world, and uses a different approach — ballistocardiography — not to mention how smartwatches can use an ECG to monitor sleep, Google’s Soli technology works independently, and won’t yet appear to take these other sources into consideration in understanding or developing a sleep routine.

But it’s also a starting point, with the Sleep Sensing feature in a preview state until next year, the company says, with it being just one of the sleep-focused features, with a sunrise alarm also a part, brightening the display gradually and increasing alarm volume so it loosens you from slumber, rather than ripping you out of it with one large alarm. 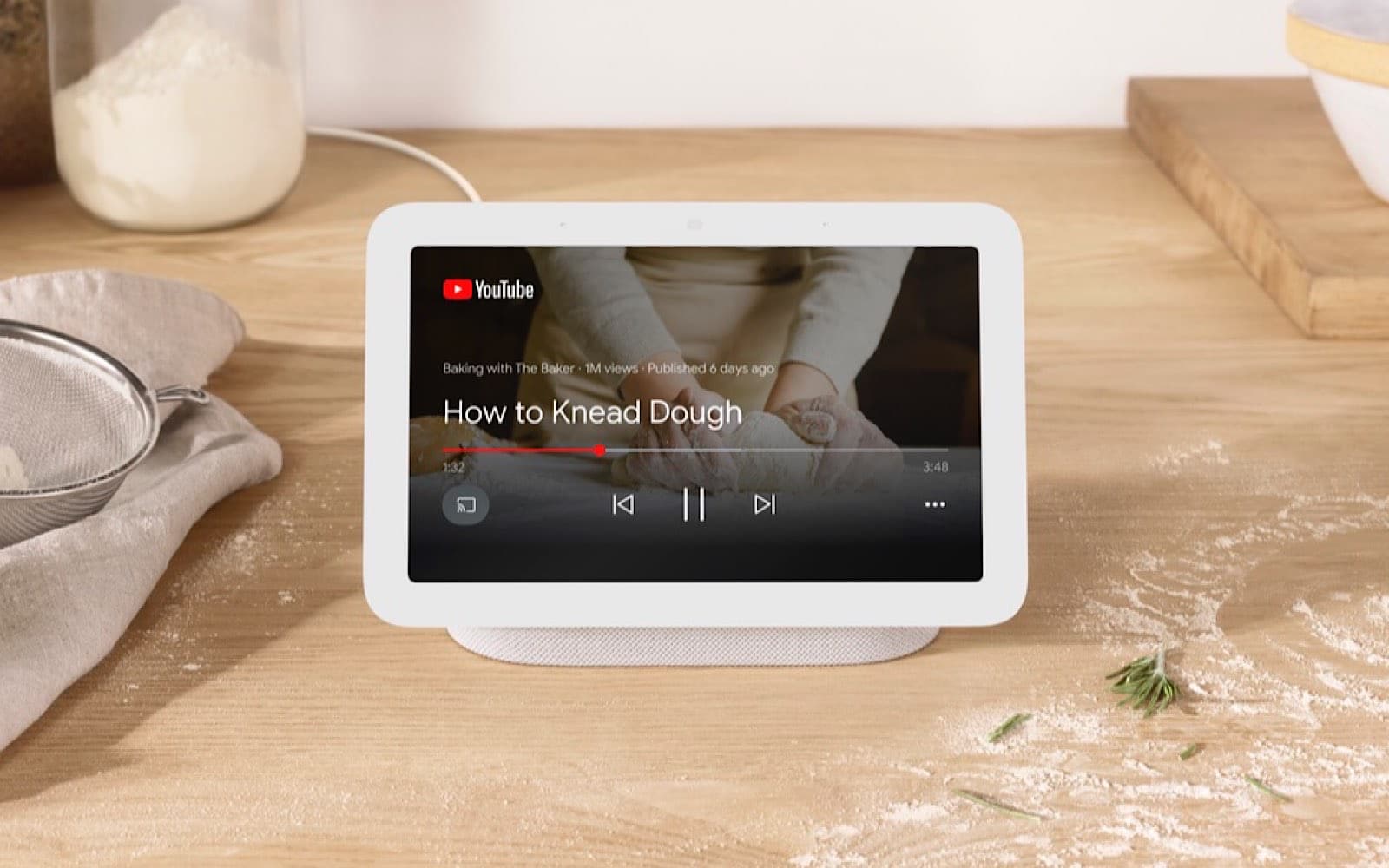 Locally, the 2021 Google Nest Hub can be found in stores in Australia the coming weeks, available for $149, though in pre-order at the time of publishing.