The latest pair of earphones from the Apple-owned Beats brand takes what works about a couple of generations of earphones and blends the difference.

After reviewing the Beats Studio Buds in-earphones yesterday, we woke up to a bit of a surprise: there’s another generation of Beats’ pint-sized earphone options with noise cancellation on-board, and they may be better.

This week, the Apple-owned Beats announced a new pair of earphones was on the way, and one that corrected some of the issues in the Beats Studio, essentially blending that earphone with Apple’s AirPods Pro, and finding a way to make a noise cancelling earphone truly interesting.

There are a lot of noise cancelling options out there, for sure, but we’re not sure if there has been a fitness-focused option in the high-end.

The new earphone is the Beats Fit Pro, what seems like a change to Beats’ regular fitness mainstay in the Powerbeats: while the Powerbeats Pro was an open-ear hook style earphone, the Beats Fit Pro adopts in earphone-style noise cancelling design with a wing tip to hold in the ear comfortably, while the earphone does the job of sealing. It’s a design not out of kilter with what we’ve seen from Bose’s QC Buds, but comes with technology from Apple and Beats, and that’s where it may stand out from the earphone pack. 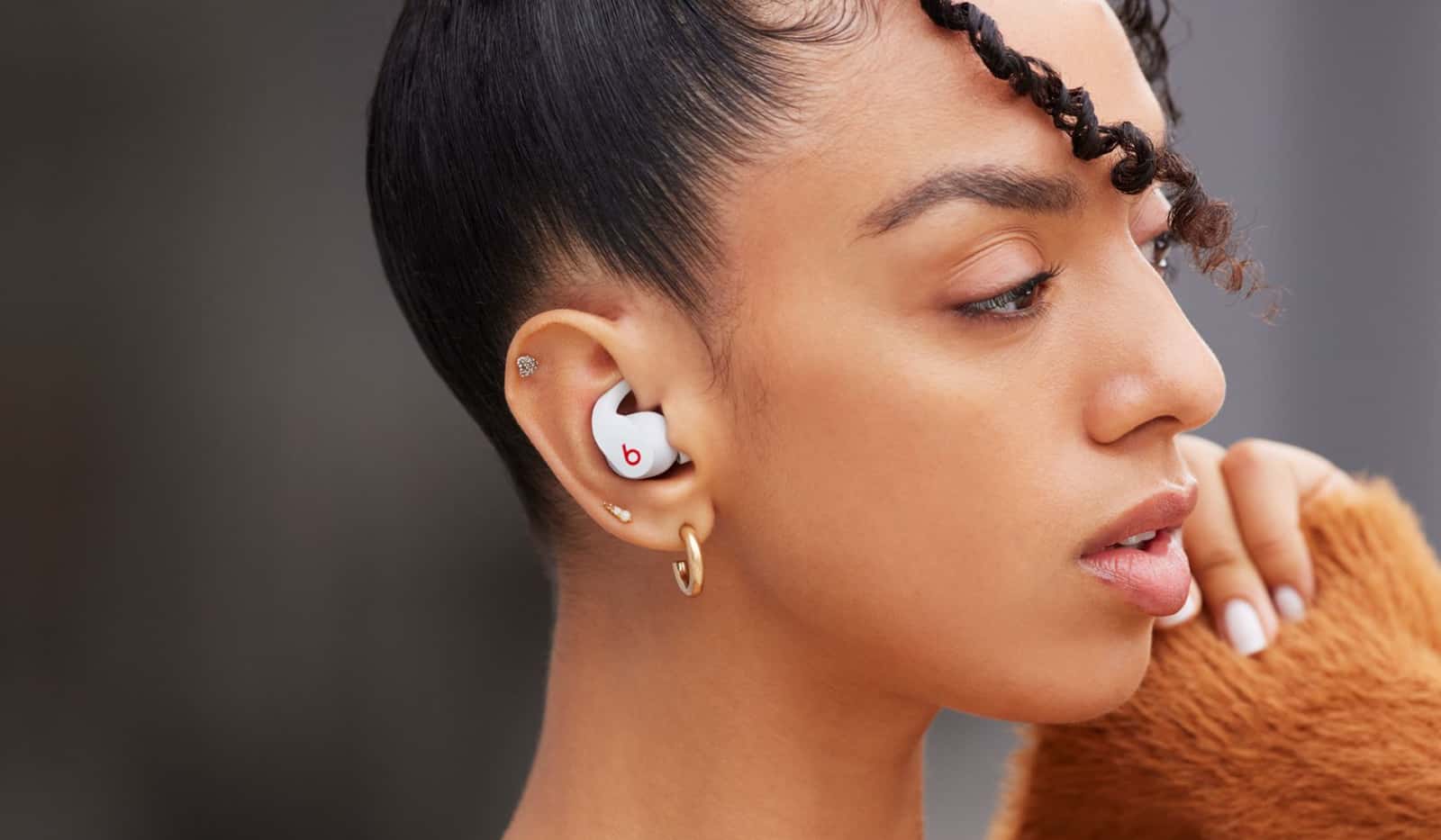 Arriving with a custom new inside to delivers Beats’ ranging and tuning (which these days is a lot more balanced than it used to be), it also rocks up with Apple’s H1 chip, allowing iPhone and Mac users to jump from device to device with ease automatically, something that was missing in the Beats Studio Buds.

Beats has also packed in support for active noise cancellation with one that sounds a lot like the model from the Beats Studio 3 headphones, adapting the cancellation up to 200 times per second, as well as a mode straight out of the AirPods 3rd-gen, with Adaptive EQ, measuring the sound and changing the audio based on what you’re hearing. Granted, Adaptive EQ only seems to work with noise cancellation is off, and even when the included transparency mode is off, seemingly relying on the microphones to handle its automatic equaliser when nothing else is using them.

You’ll also find support for the spatial head-tracking of Dolby Atmos in Apple Music here, a technology we’ve not seen out of Apple’s own branded earphones to date. Apple owns Beats, so the move here isn’t a major shift, but it does mark the first time a non-Apple brand has received this technology.

The new earphones come with an IPX4 sweat resistance rating as well as a skin sensor, just like the recent AirPods, packing in up to six hours of battery life with ANC on and up to 21 hours more in the case, plus Android support via the Beats app.

“With spatial audio and dynamic head tracking, Beats Fit Pro delivers a truly immersive listening experience,” he said. “At this price point, it sets a new standard for premium earphones.”

One thing we don’t have is a price in Australia. Over in the US where the announcement has been made, the Beats Fit Pro look like they’re focused on competing and possibly undercutting the AirPods Pro, priced at $199 USD versus the AirPods Pro pricing of $249 in the States. That could suggest a local Australian price tag closer to $299 when they launch locally, undercutting the $399 AirPods Pro in Australia, though we won’t know until they’re official for the country. 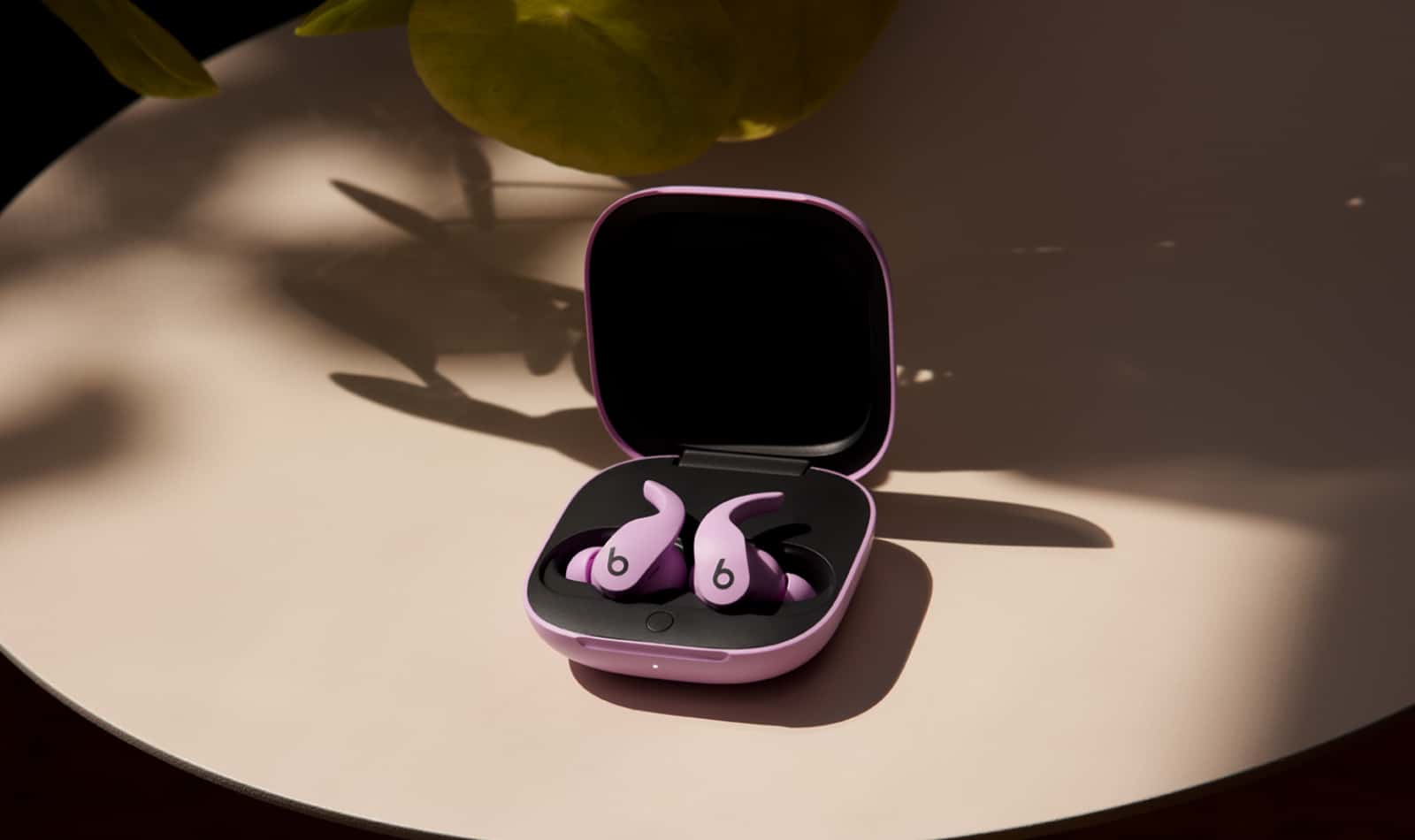