The latest gadgety introductions from Amazon in Australia include a 15 inch Echo Show for your home hub and a pair of Alexa-enabled earphones.

Whether you own an Android or an iPhone, there’s a chance you use a virtual assistant, and in that world, there are three main choices: Google, Alexa, and Siri. Sorry Cortana and Bixby, folks just don’t use you as much.

Between the three major assistants, there are the devices that support them. On Apple, there’s Siri, and it’s an assistant that only works on Apple devices.

But Amazon’s Alexa and Google’s Assistant will work on whatever phone you own, iOS or Android, and will even work on specific gadgets, as well. There are headphones and speakers that will talk to both virtual assistants — Sonos is a good example of that — and then there are the products that only work with one assistant, typically coming from the company that also makes the virtual assistant.

For instance, if you grab yourself a Nest Audio speaker or a Nest Hub smart display, you’ll find Google’s Assistant waiting to help you on each because Google makes the Nest. And if you grab an Amazon-made Echo smart display or speaker, you’ll find Amazon’s Alexa ready to help there, as well.

The number of devices with a virtual assistant is growing, as more people embrace the idea of a gadget that can listen to your words and help get you answers, whether it’s searching for recipes, reading the news, setting timers, or playing music.

“The vast majority of Australians are telling us they see assistant like Alexa becoming a key feature in the home in the coming years,” he said.

That list of Amazon Alexa-enabled devices is set to grow in Australia shortly, too, as the company announces two new gadgets on the way that will feature the assistant, both pitched at different parts of your home life.

On the one hand, there’s a massive upgrade of the smart display, an idea that makes the smart home easier to grasp for many because rather than merely talk at a speaker, there’s a display for them to respond to. It’s a little like talking to a computer with visual cues when everything works. 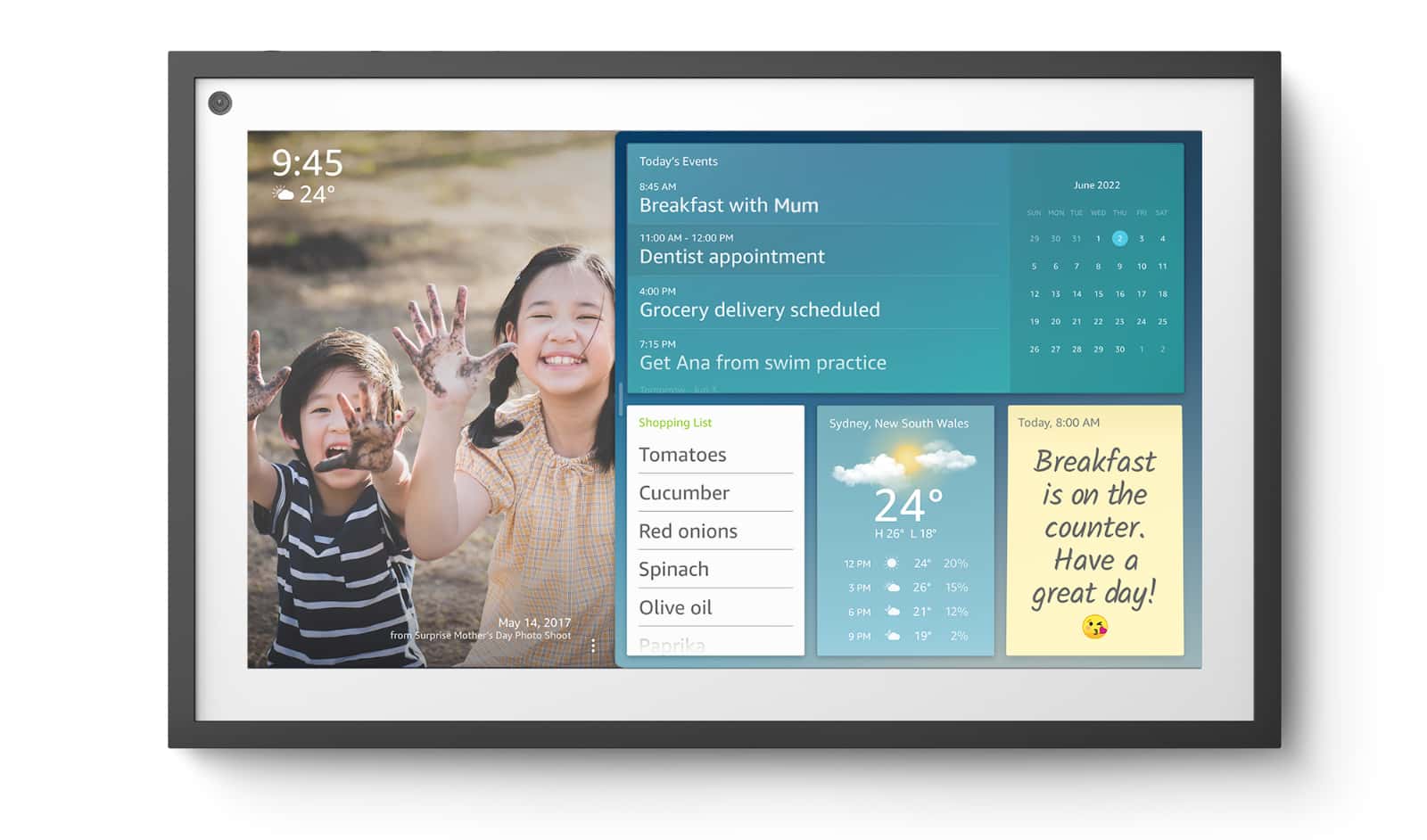 Amazon’s latest entry in that arena is the Echo Show 15, a 15.6 inch Full HD smart display that can either sit on a stand or mount to the wall, and provides a sort of a hub for the home, offering family photos, news, to-do lists, and more.

The idea sounds similar to what Samsung integrates in some of its fridges, but able to be placed beyond your fridge, and offering the Alexa voice assistant, as well as a camera for chatting to friends and family over Zoom or if they have an Amazon Echo in their life, as well.

That camera will also serve as a form of visual ID, able to work out who’s in front of the screen and processing that information on the device, thanks to Amazon’s AZ2 processor, essentially able to show important information for one person at a time, before switching back to shared information for everyone.

Portrait or landscape, it could theoretically go anywhere, though in the kitchen, Amazon has stopped short of calling the Echo Show 15 water or dust resistant, noting to Australian journalists that it was “heat resistant” and “splash tolerant”, and that it shouldn’t break “if sticky hands touch it”.

However, you won’t have to worry about this for some time, as the Echo Show 15 isn’t set to launch in Australia until next year for $399.

Before then, Australians will see Amazon take Alexa to another area: inexpensive earphones.

It’s a category growing in leaps and bounds, recently with the $119 Jabra Elite 3, the $120 EarFun Air Pro, and the $150 Nothing Ear 1, the latter two featuring noise cancellation technology. 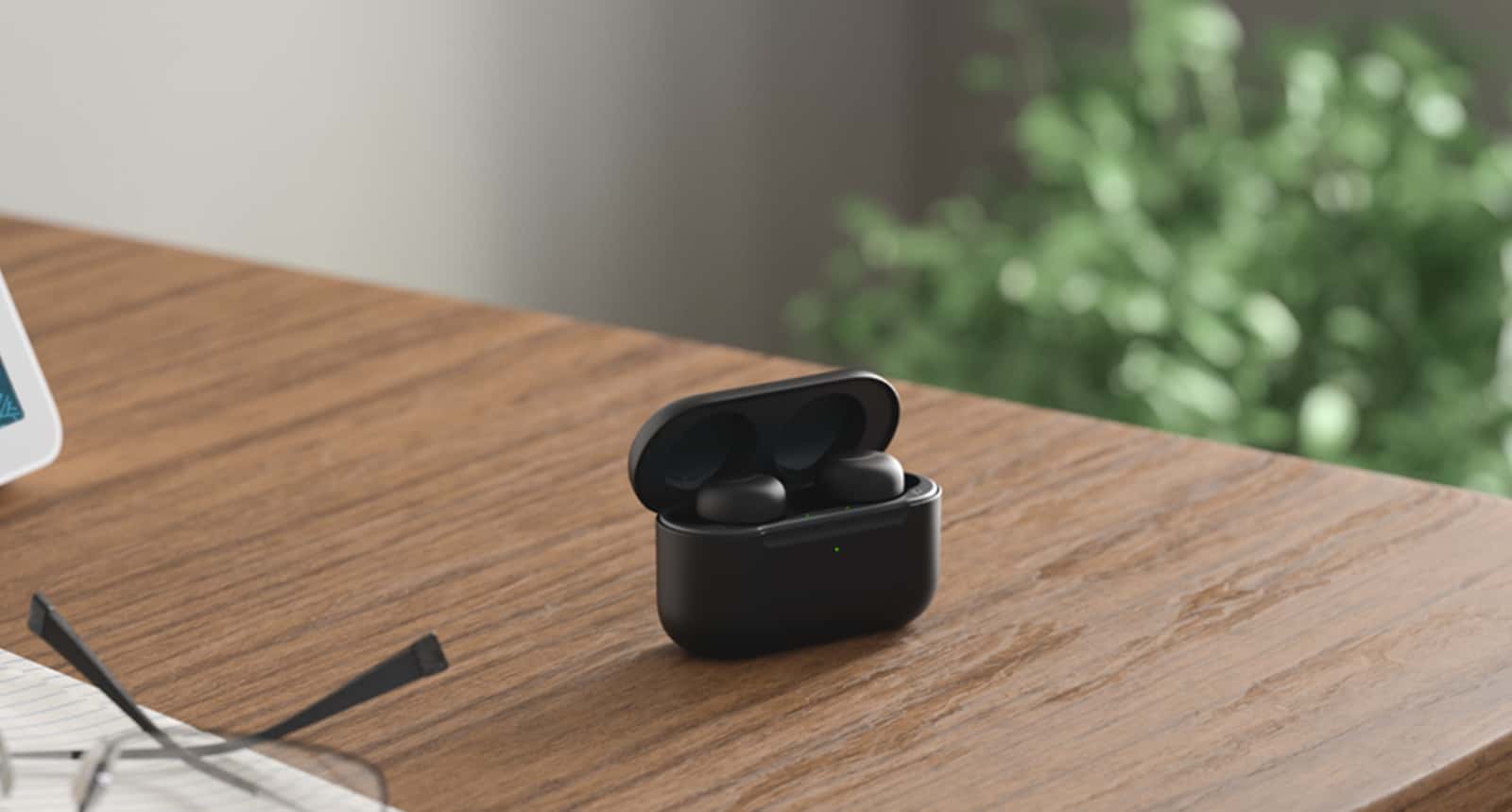 The world of noise cancellation is exactly where Amazon is pitching its first earphones for Australia, the Echo Buds, which will feature three microphones on each side and support for ANC (active noise cancellation) and Alexa support.

There’s a little bit of water resistance in the Echo Buds rated at IPX4, up to five hours of listening here and a choice of either a case that charges wirelessly or only with a wired Type C cable, and you can even switch Alexa off and use the native assistant on your device: the aforementioned Google or Siri.

“With Active Noise Cancellation technology and high-performance drivers for dynamic audio, the Echo Buds deliver sound quality that will make your favourite song, playlist or podcast feel and sound more immersive than ever,” said Walker.

Amazon wouldn’t say whether it had worked with an audio company to refine the sound of the Echo Buds, something we see from numerous other companies. LG works with Meridian, EarFun with Edifier, Oppo collaborates with Dynaudio, and Nothing with Teenage Engineering, to name a few, and that’s before mentioning how Samsung bought Harman with AKG’s research now found in Samsung sound devices.

However the company did note that its heritage in products like its older Echo Studio give it the confidence to produce solid sound in the Echo Buds.

It won’t take long for people to experience that for themselves, either, with the Amazon Echo Buds set to arrive in Australia from October 27, launching for $169 with a wired charging case and $199 with a wireless option, as well. 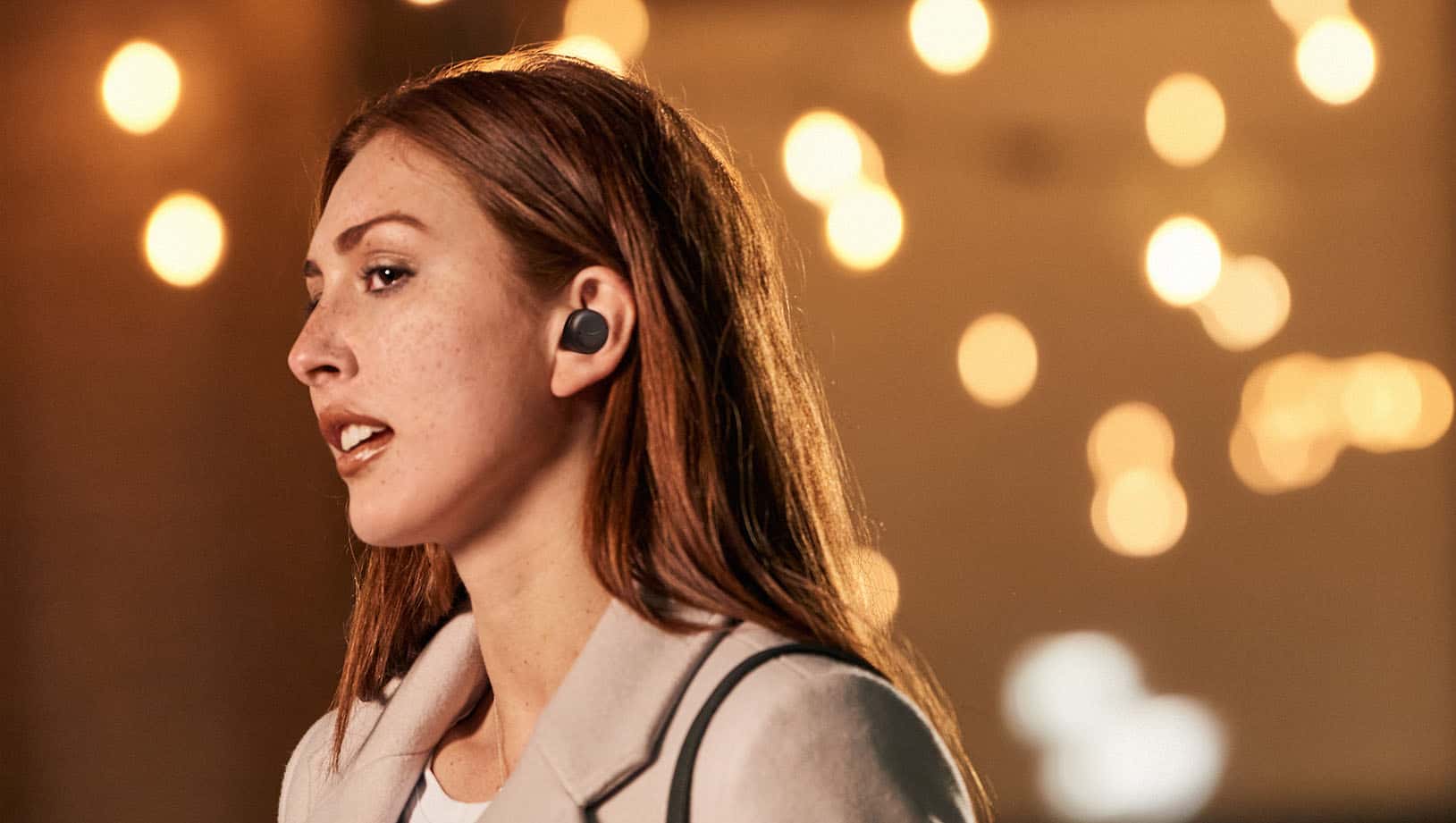