Solving a bit of a first world problem, Samsung’s latest take on the internet fridge is like having a very big phone on a very big fridge.

While the living room may well used to have been the centre of the home, these days, it’s more likely your kitchen. With the TV playing second fiddle in many families to a phone, a tablet, or a computer — or a combination of all three, given they can all do what the TV can — your kitchen may have become the place people gather, and at the centre of that, your fridge.

Your refrigerator is typically the place family members will come and meet, and then probably the kitchen table next to it, but it’s for this reason, Samsung has been reviving the idea of the internet fridge in recent years.

Once a bit of a gimmick — and it still kind of is, truth be told — the modern day internet fridge is like your regular conventional fridge, but with a tablet built into one of the doors. Including this allows the fridge to become a bit of a bulletin board for the family, with messages left for family members, meal plans, and more. 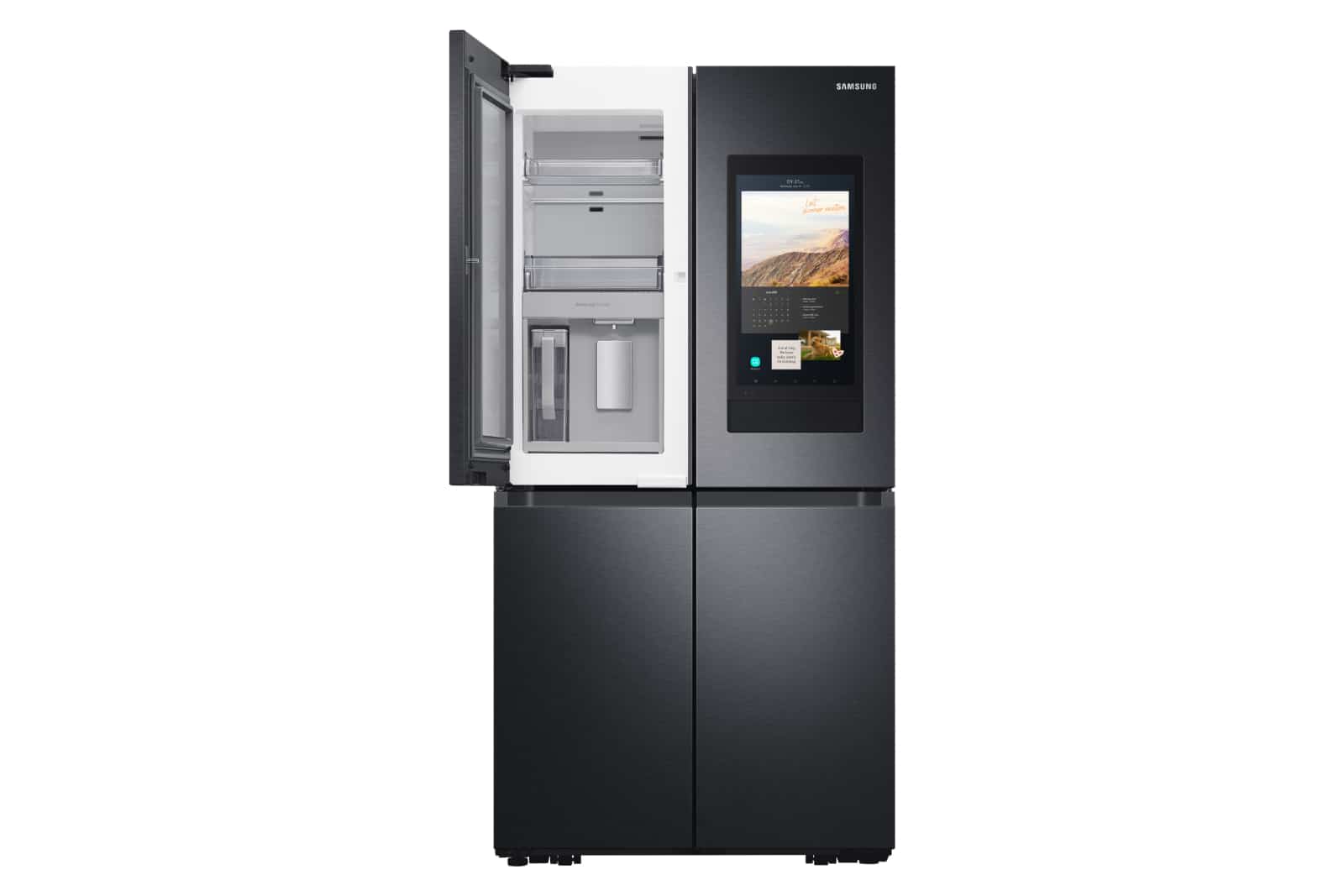 In this year’s variation, we’re actually at the sixth-generation of Samsung’s take on the tech, with the 21.5 inch screen able to show that family bulletin board as well as a calendar, plus a meal planner and shopping list app that can link to Woolworths online orders.

If you have a Samsung TV, the screen on the Family Hub fridge can synchronise directly with that through SmartView, but only for Samsung TVs. However, it will play nicely with Spotify and includes a web browser, plus talks to Uber and Ring.

The screen is just one part of what makes the Family Hub work, with cameras on the inside for capturing what’s inside your fridge while you’re out and about. As in if you’re shopping and trying to recall what you have, three cameras will snap a shot every time the fridge is open and closed, able to show you what’s left inside. 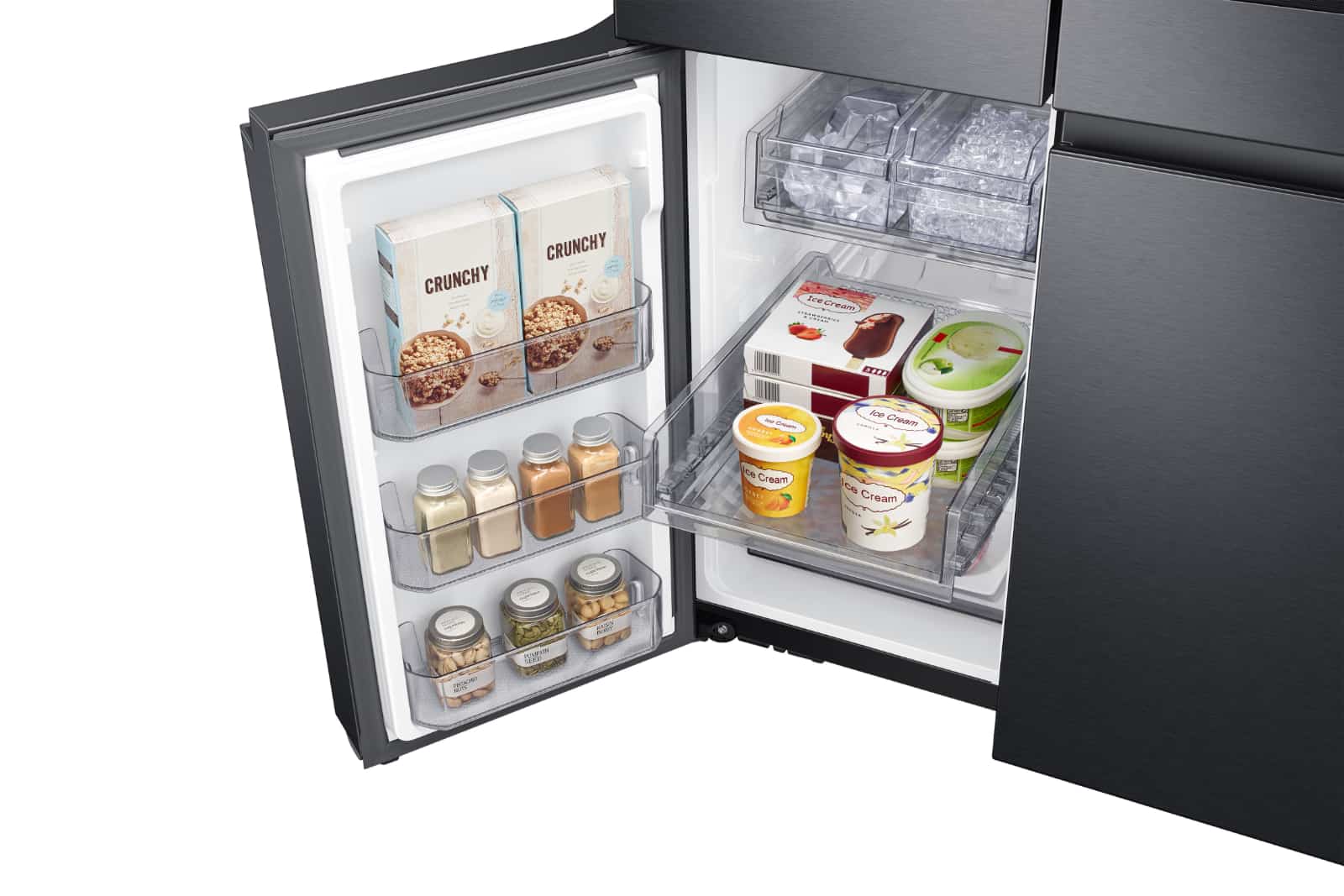 This year’s model also include a similar beverage centre to what Samsung has been rolling out on its other 2021 fridges, with an autofill jug, plus a dual ice maker capable of holding up to 3kg of ice cubes.

“As the first smart refrigerator in Australia, the sixth iteration of the Family Hub is built to keep families more closely connected at home,” said Andrew Wand, Director of Home Appliances for Samsung Australia.

Locally, the Samsung sixth-ten Family Hub fridges will start at $4999 and are available now. Meanwhile, owners of the previous generations (2 through 5) will see a software update for new screen-based features available on the Family Hub 6.0 later in the year. 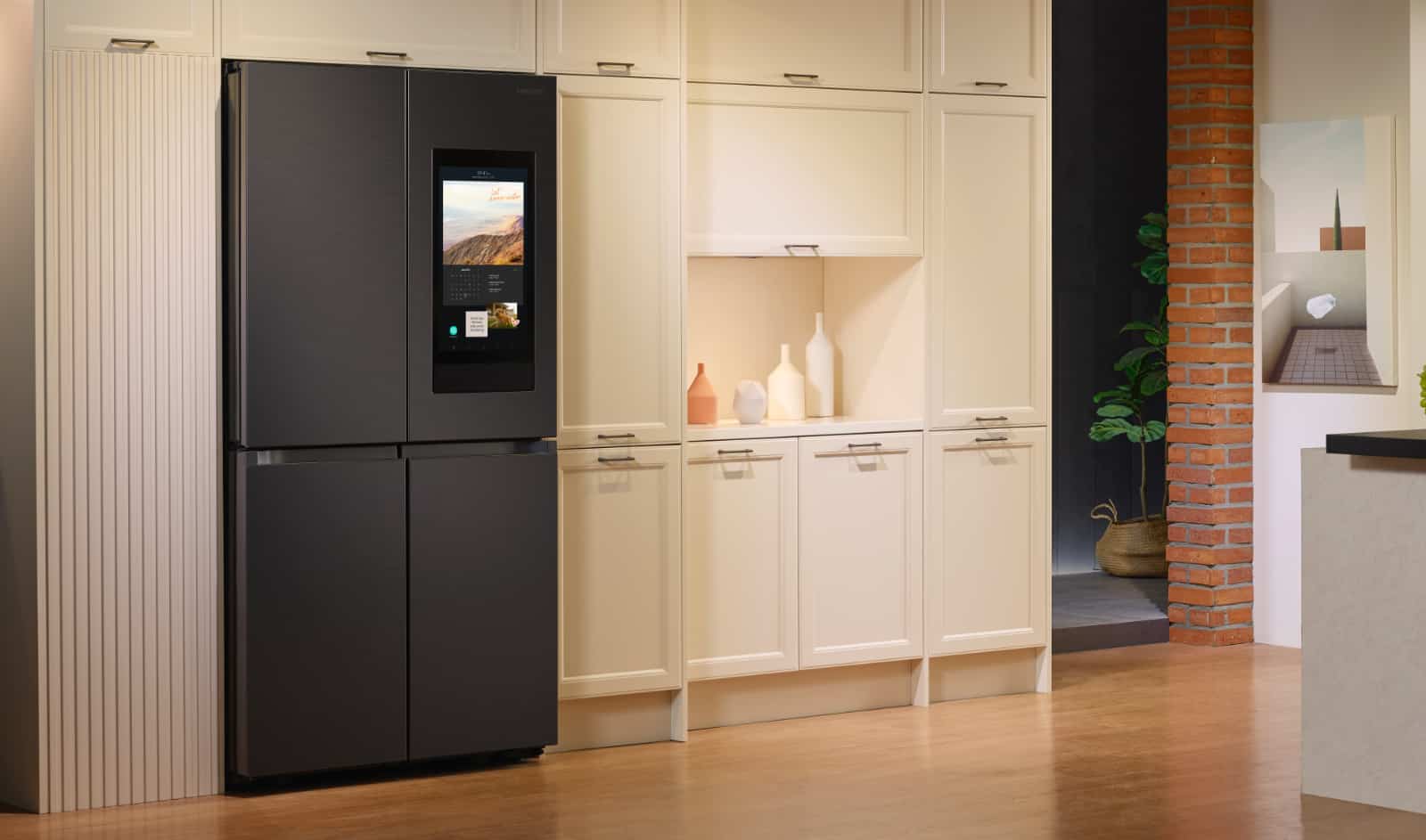