Samsung takes the TV to the wall, the outside

TVs are still a focal point for people to come together, with Samsung’s latest, oh, the places your TV can go.

On the whole, televisions are typically made for the living room. They can go anywhere, for sure, but the living room is where you can expect to find one, followed of course by bedrooms, kitchens, and entertainment rooms.

If you did want a TV outdoors, you’d need to ideally protect it somehow, because water and electronics typically don’t play nicely together. However Samsung might have something for just that, launching in Australia in the very near future.

It’s another one of Samsung’s social TV experiments, like that of The Frame artsy TV, The Serif design-focused TV, and The Sero rotating TV first shown at CES and launched recently, with The Terrace being a TV built for the outside. Essentially, The Terrace is Samsung’s first screen for the outside, providing an IP55 rating for a TV, making it resistant to water and dust, and launching with a Terrace Soundbar that can use adaptive technology to deliver sound even in an open environment like the outside of your backyard.

Samsung’s Terrace TV is a 4K TV with QLED, much like Samsung’s other Q-series TVs, but with the outside in mind. It won’t be terribly cheap in Australia, starting at $5999 for a 55 inch Terrace 4K outdoor TV, and hitting as high as $10,999 for a 75 inch, though if you want the outdoor Terrace soundbar, you’ll need to pony up an extra $1299 for the privilege when they all arrive in October.

And while The Terrace seems a touch experimental for a company normally focused on televisions for the living room, it’s not the only crazy TV Samsung is launching this week. 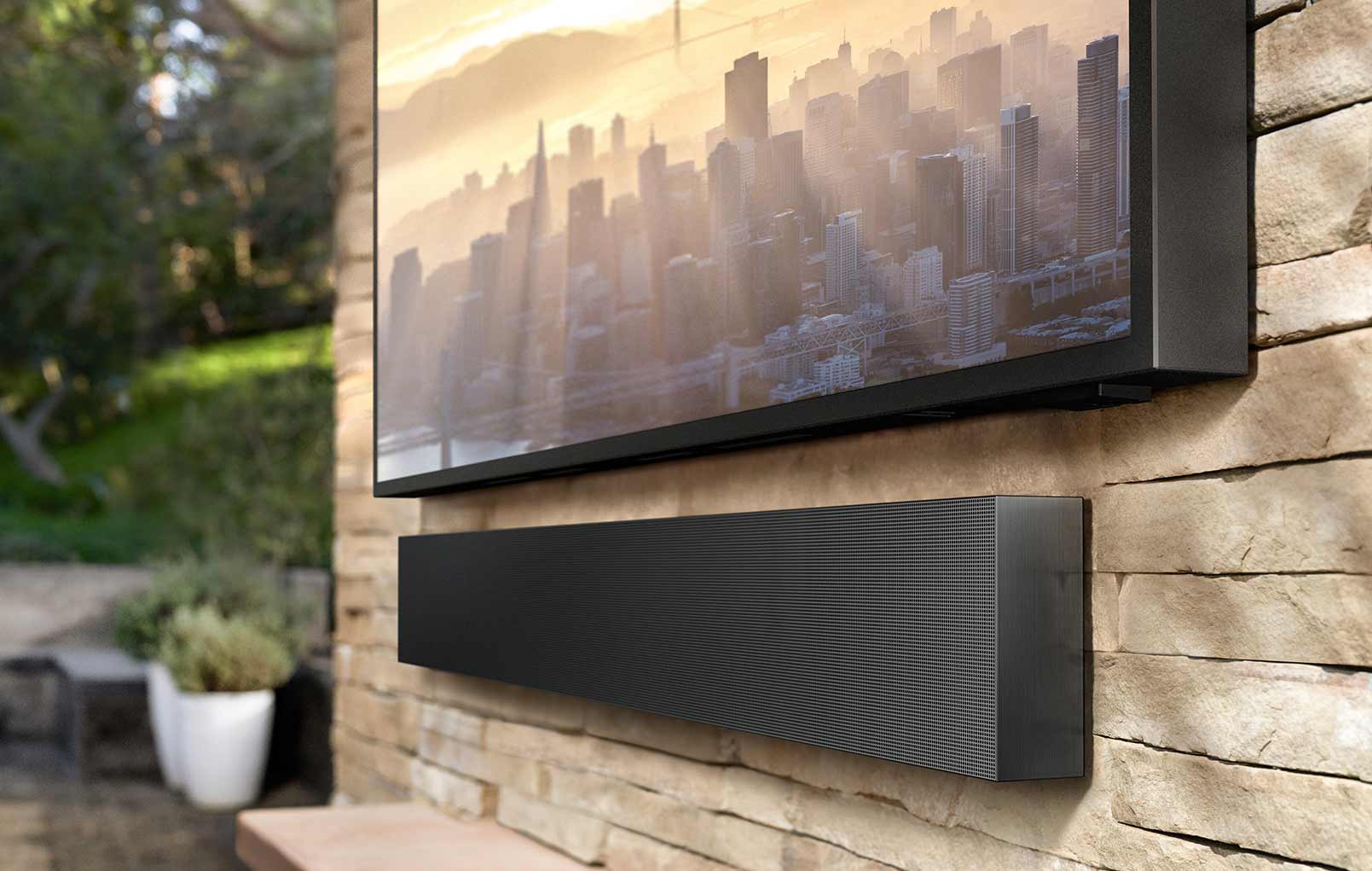 There’s also a small TV for recreating the big screen, something coronavirus has definitely helped us stay away from in recent months.

Launching alongside The Terrace is Samsung’s The Premiere, a small 4K short-throw laser projector that can deliver up to a picture sized as high as 120 inches or 130 inches, depending on the model that’s bought. Regardless of the projected size, both variants include a laser light source to get a 4K picture on the wall in a short distance, a concept we’ve seen a few times, with companies such as Hisense and LG showing versions of laser short throw projectors throughout the years, not to mention Epson’s recent stab at laser projectors.

Samsung’s The Premiere appears similar, though relies mostly on the requirement for a wall, not so much a screen, with the Samsung Premiere LSP9t — the 130 inch model — capable of delivering projected scenes with high-dynamic range (HDR) with three laser light sources, something Samsung says is new. 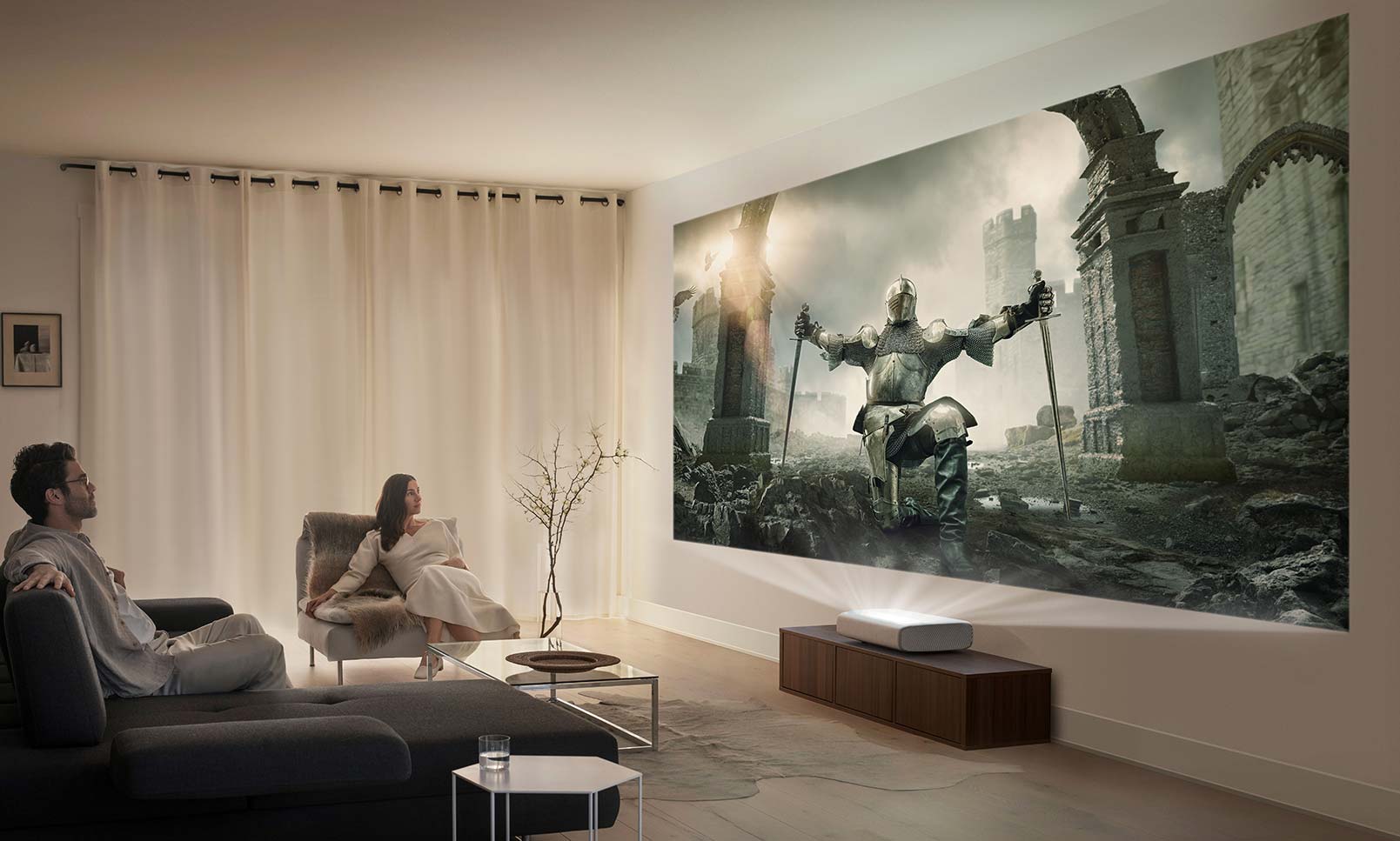 And it’s something Australians may soon get to experience for themselves, with news that The Premiere will be coming to Australia.

“Samsung Australia can confirm the newly released 4K Ultra Short Throw Laser Projector, The Premiere will be available in Australia within the coming months,” said Hass Mahdi, Director of AV at Samsung Australia.

“It’s no secret that Australians want the ultimate in home entertainment and big screen experiences,” he said. “Samsung’s The Premiere offers up to 130 inches of 4K picture quality from an elegantly looking short throw triple laser projector creating a cinematic experience in the home.”

But while The Terrace has a price, Samsung’s The Premiere does not, with no price tag or expected availability date found locally just yet. Whatever it is, our guess is it won’t be cheap, and you can probably expect it by December, delivering a dash of home theatre goodness to homes with big walls and just as equally large wallets.