Vertical screens and why social TV is a thing at CES

It’s not unusual to be a little surprised by what CES has to offer, but one of the concepts is slowly warming to us, provided we don’t change our viewing habits too much.

There’s an interesting idea at play at numerous TV brands at CES, and it goes a little like this:

You know how people have phones, and you know how many of those people are young? Well, they don’t typically buy TVs, and if they do, they may not watch much on them. Millennials don’t really buy TVs the way other generations did, because they’re often consuming things on their phones. So instead, manufacturers are trying something unusual, and making a TV for people who use their phones.

This is one of the consistent trends we’re seeing at CES, though we’re not sure it’s much of one that will catch on. If anything, this concept — this social TV of sorts — feels a little like it could be yet another pair of 3D glasses, and something manufacturers will all get behind and make a reality, until they realise that it was a fairly silly idea and a waste altogether.

Samsung’s The Sero is the one that you’ll likely see more of, but they all work in much the same way. They’re typically a regular TV on a special stand, and they can wirelessly connect your phone to let you mirror your screen to something larger. That’s all fairly normal, but when you hold your phone like a phone — you know, in a portrait orientation — the social TV screens physically rotate with motorised movement, and display your phone like it’s a larger phone.

What is a social TV? 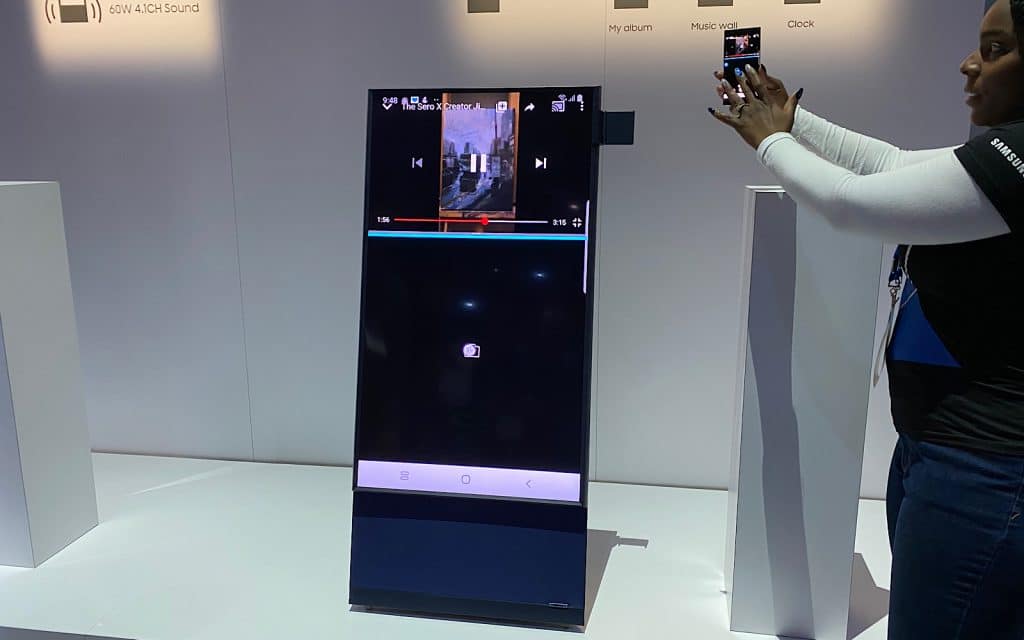 There’s no official name for this style of TV, and outside of “lifestyle TV”, we’re seeing people just refer to them as motorised TVs or portrait TVs.

However we’re calling them “social TVs”, because they exhibit social media’s tendency to display information in a vertical portrait approach, allowing the phone’s contents to be shared. Twitter, Tik Tok, and Instagram are the obvious apps, but you could also technically use them to play portrait-style games in a big screen way, too.

We’ve seen social TVs from the likes of Samsung, and it clearly has the more obviously thought-out design, but it’s not alone in this idea. Hisense has one that moves and rotates, as does TCL, and we’re sure there are more brands that are trying this concept that we’ve just not managed to see on this trip to CES 2020.

However the catch of social TVs might stem from two obvious flaws. 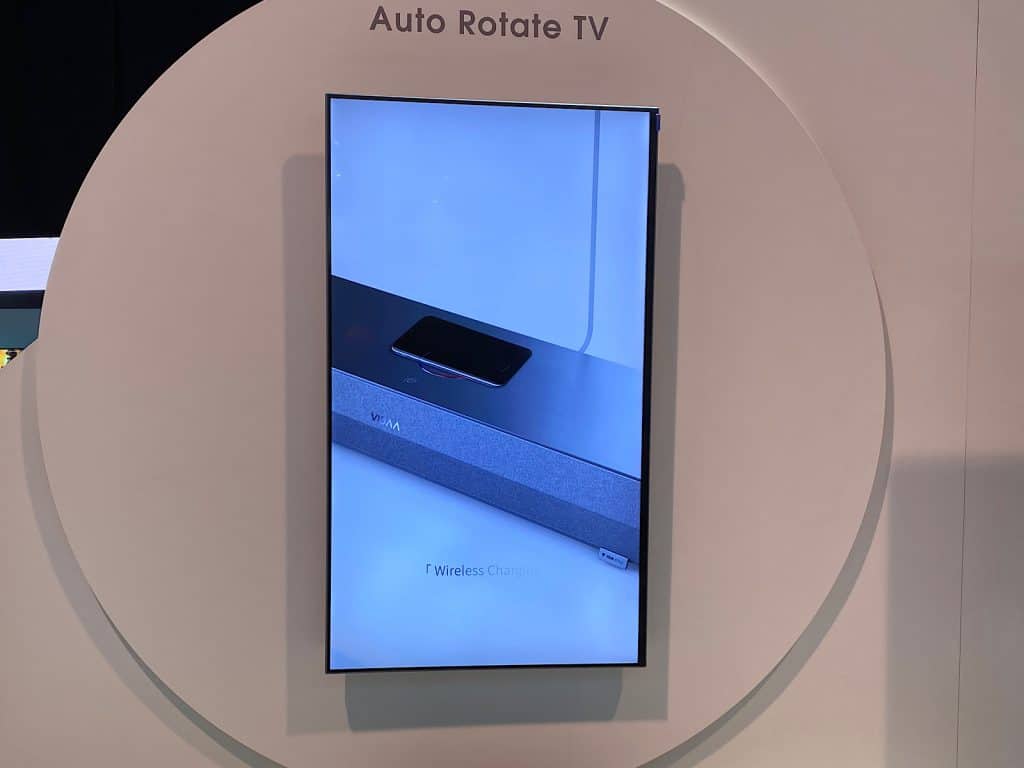 Millennials don’t live around their TV

It’s pretty clear manufacturers would love millennials to buy TVs, and we get it. The problem with this idea is that younger generations may not be quite as into TVs as others, and may spend time glancing down at a phone or tablet instead of keeping eyes fixed on a screen.

Instead of consuming content on their TVs, simply giving them a bigger version of their phone might not really fill that TV-viewing gap manufacturers are looking for.

Instead, it can feel like the vertical social TV experience is more about sharing rather than viewing, and while we’re sure modern generations are keen to share, doing so in person might not really achieve what’s being implied for these social TVs. 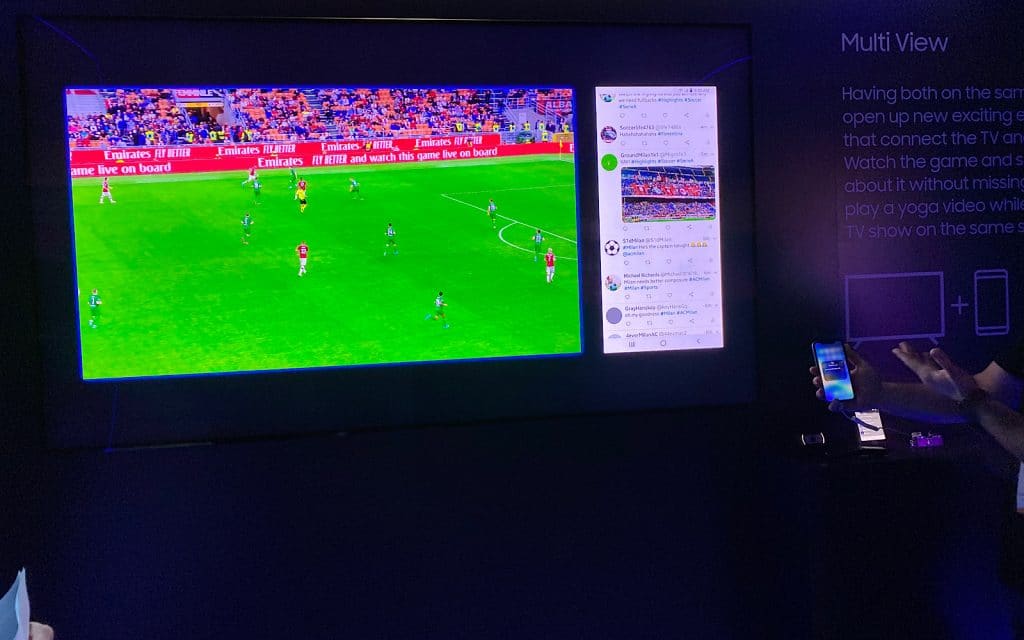 One of the neat things about viewing a big screen TV while holding a phone is that you’re consuming movies and television programs while being able to look at your phone.

It means you can double up on the content while sitting on a couch, commenting while you watch a program. Movies can be watched and experiences shared because the devices are separate, while a social TV that is a large vertical screen only allows you to see the one thing.

This means you’re technically viewing less, and more just sharing what’s on your phone, which isn’t the same experience.

It’s also made more complicated because TV experiences that allow you to screen mirror from a phone and run them side by side with the actual TV picture seems like it’s more useful overall. Samsung has that integrated in its TVs this year, and this seems like a more useful way to share video and a screen from a social app, rather than a vertical portrait-style social TV.

The proof will be in the sales

Interestingly, it seems as though at least one of these social TVs will be in Australia, with Samsung’s The Sero social TV arriving later this year, and really, the proof will be in the sales.

Samsung told Pickr that its other lifestyle TV, The Serif, sold in Australia, alongside its art-focused TV, The Frame. It’s therefore possible for these social TVs to be an item people like, though we suspect they’ll be more useful for conferences, business meetings, and other events.

All that matters in the end will be whether people will connect with it, though the moment audiences start watching movies and TV shows in a portrait configuration, we might need to retrain and focus them on landscape once more. If anything, it at least means that people who capture videos in portrait mode now have a way of showcasing the biggest picture in the easiest way. 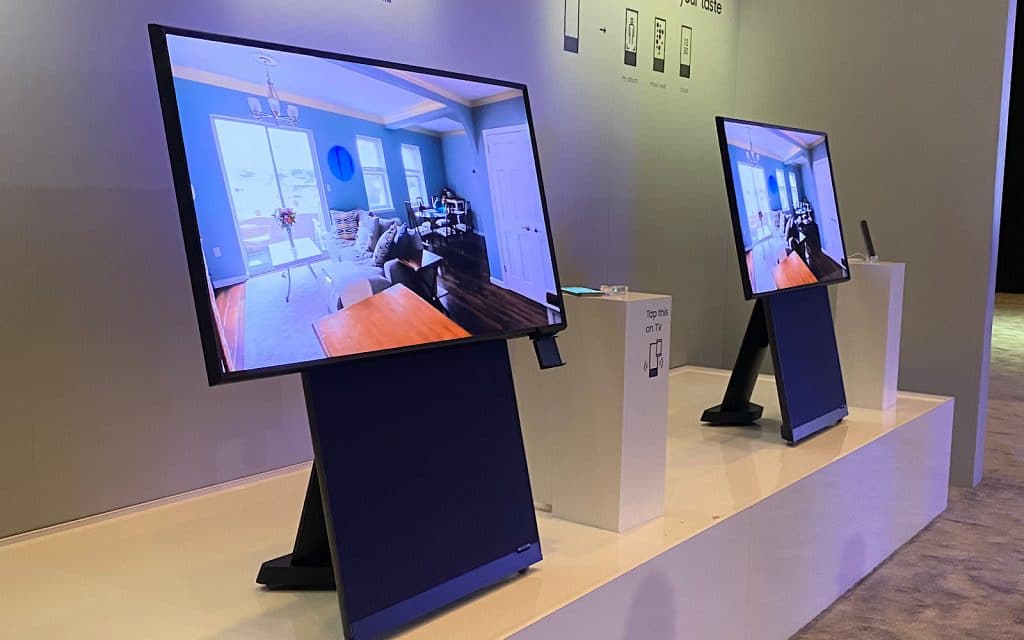