If you wished your TV did something different and worked more like your phone, Samsung’s latest experiment could be for you.

CES 2020 felt so long ago, but a good six months ago back at the world’s biggest technology show in Las Vegas, we went hands on with one of Samsung’s more unusual concepts: a TV made for a generation that consumes media on their phone more than the TV in their home.

One of the more curious ideas for a television, Sero reads almost like an experiment, though it’s one you can bring into your life.

On the one hand, Samsung’s Sero is a regular 43 inch TV mounted on a stand incorporating a 4.1 channel audio system. It’s a bit of a show in terms of how it looks, and brings to mind some of the more entertainment-focused designs with a speaker cabinet built in.

But on the other, the Samsung Sero is built to work with your phone, rotating in its spot so that it doesn’t show media in the typical landscape orientation you expect to see things in, but also vertical and portrait like a phone.

That’s the whole point of the Sero TV, because it’s either landscape like a regular TV, or portrait like your phone, making more sense for showing things the way they look on your mobile, such as TikTok, Twitter, or even playing games in a vertical orientation on a larger display.

It’s an approach Samsung calls social TV, which is to say sharing what you do in a social media environment, except on a screen for your home, and it’s one that was surprisingly cute when we saw it earlier in the year.

Much like Samsung’s Serif and its art-inspired “The Frame” TVs, the Sero TV feels like an experiment Samsung’s design team is keen to share with the world, testing the waters to find out whether millennials and influencers would buy into the idea of a TV made for their phone. Rotating screen gimmick aside, this thing is made for people who yearn for a big screen approach to what their small screens display, though it’s one that isn’t necessarily what you’d describe as cheap.

At $2199, the 43 inch Samsung Sero isn’t what you’d probably describe as value for money. Rather, it’s a relatively high price tag for such a small screen, particularly these days.

In fact, it might feel like you’re paying for the niche design and rotating element, especially given the over $2K price tag for a 43 inch TV. You do still get the 4K resolution, and Samsung is using its quantum dot technology “QLED” for this variety of screen, so it’s not as if you’re getting yesterday’s technology, even if it seems as though it’s yesterday’s pricing.

But the Samsung Sero TV definitely looks to something new, offering a TV with a trick no other screen has, at least in Australia, able to emulate what your phone does in either portrait or landscape.

You’ll find it in select stores across Australia now for just a little over $2000, and while we saw this style of screen from more than one company at CES, we’ll be surprised if any join Samsung locally. It just seems a touch too niche, even for folks who live on their phones. 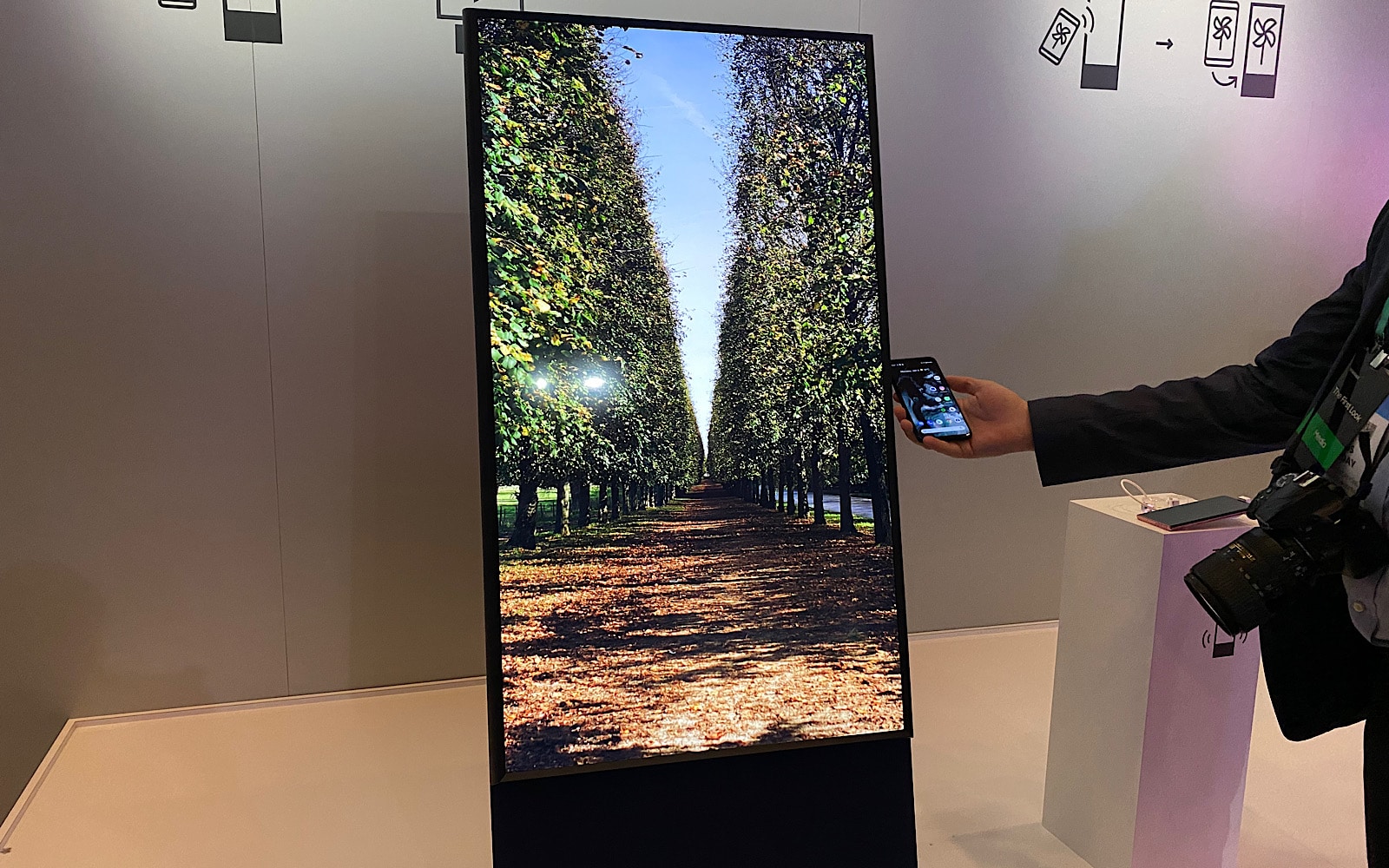