With a professional laptop under a kilo and what appears to be the world’s first accessible foldable Windows 10 computer, Lenovo appears to be changing the PC game in 2020.

You can more or less count on a new computer range every year for every major computer maker, but some are more interesting than others. When manufacturers change designs or add special features like high-res screens and new chips, we get interested.

It happens fairly consistently, but things are different when the form-factors change. When companies do that — when designs totally become something else — we get excited.

That’s pretty much what Lenovo is showing this week, as it not only puts its ThinkPad range on a diet, but also changes the game and introduces what is essentially a game-changing form-factor that people will be able to actually buy. 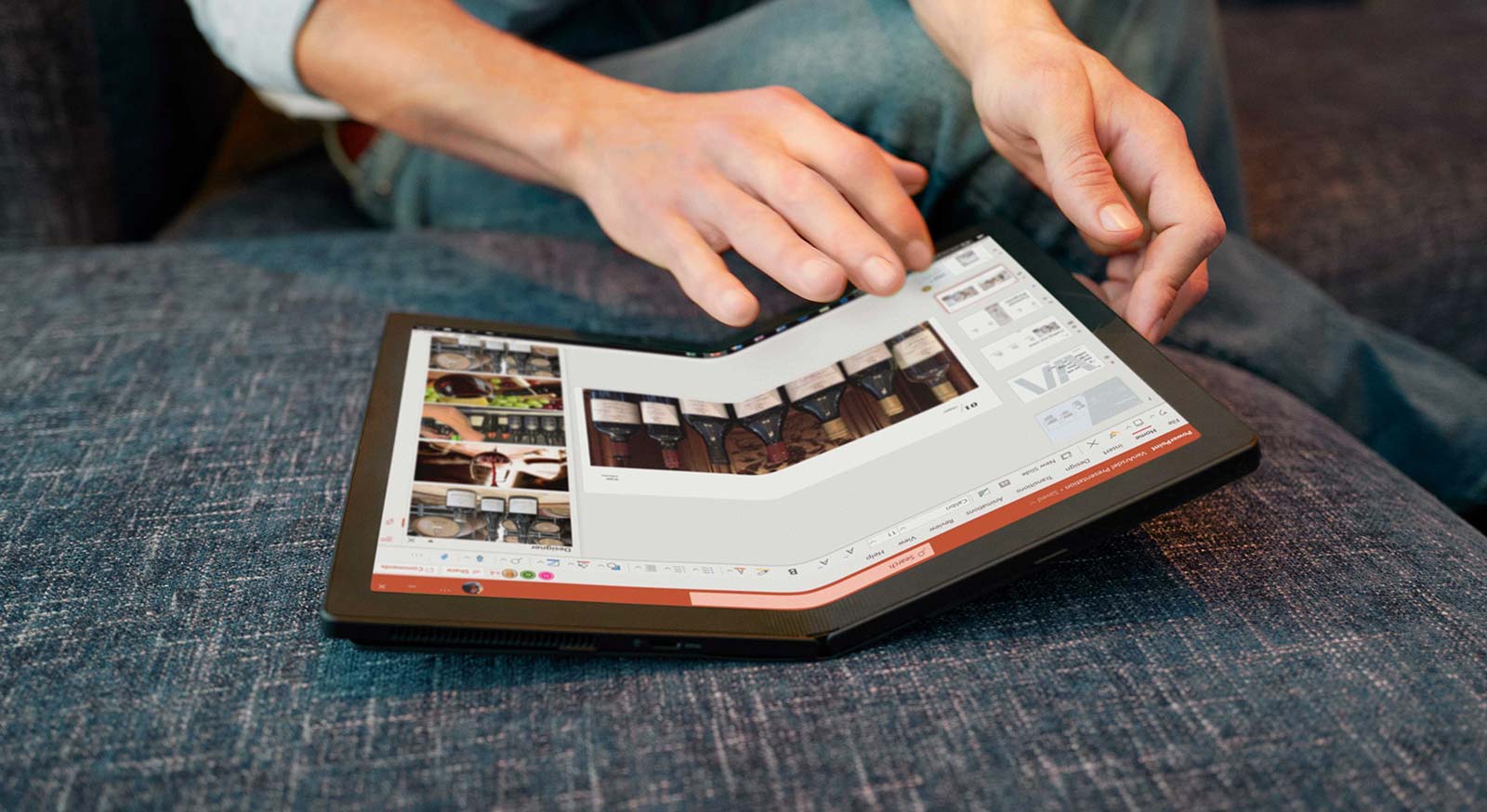 Much like other foldable devices, you’ll find a foldable screen, though the Lenovo X1 Fold is a little bigger, sporting a 13.3 inch OLED touchscreen similar to what might be used on other computers, but with a folding hinge in the design, something 13 inch laptop screens don’t tend to have.

The folding hinge of the aptly named X1 Fold allows the computer to either be used as a 13 inch tablet, paired standing up with a keyboard on a desk, folded into two sections and used like a touchscreen book of sorts, or even turned into an even more portable notebook with a keyboard in the bottom section. 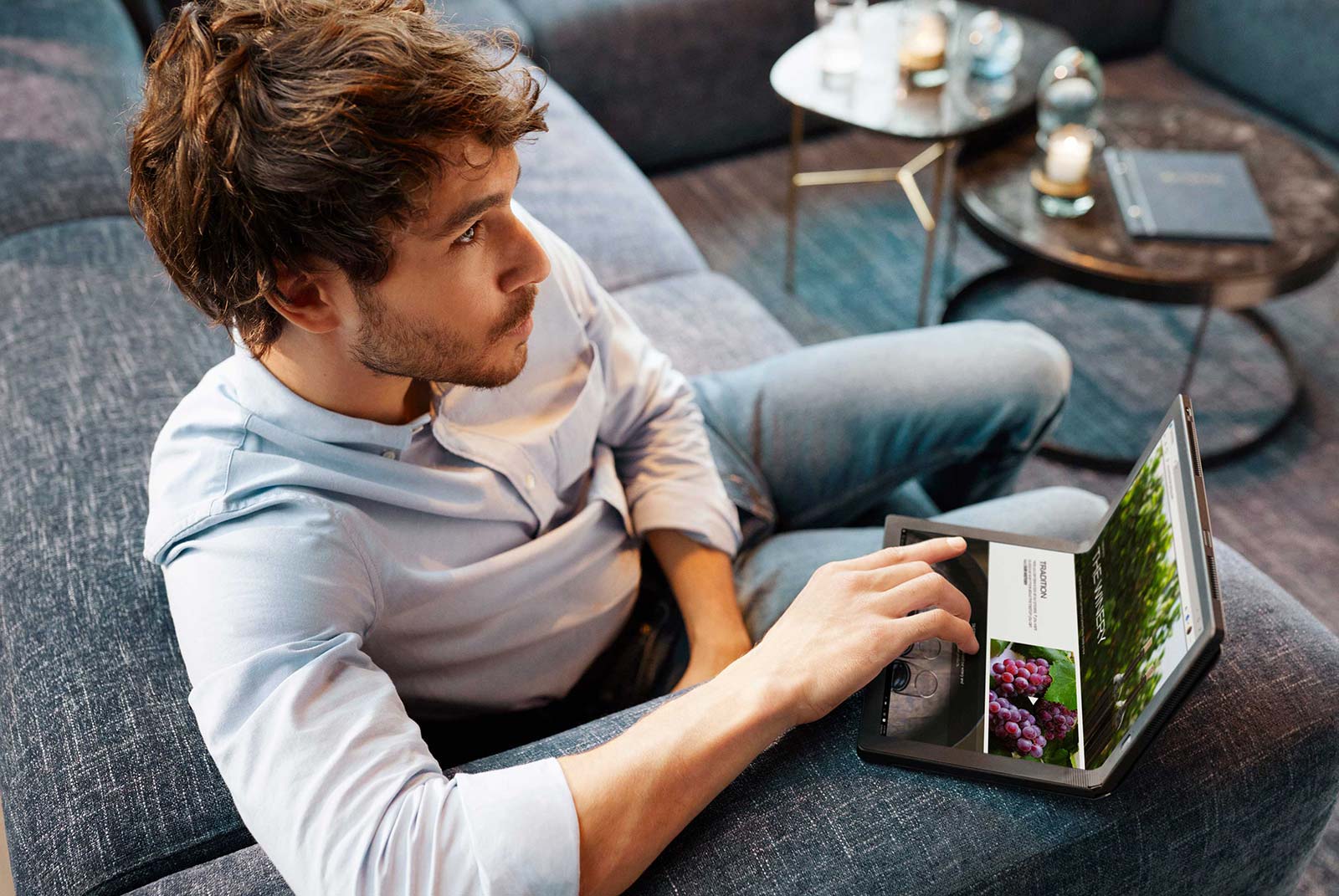 To make this work, Lenovo is delivering a customised set of hardware with Intel Core processors from the Athena project now known as “Evo” that fits into a specific space to accomodate a battery alongside Windows — no Android like on other foldables released in Australia, because this is a computer.

In essence, it is what Lenovo is suggesting: a Windows-based touchscreen computer that folds into a notebook computer.

You won’t get the keyboard with the X1 Fold, from what we understand, though. That’s an optional accessory, as is an Easel Stand, but it will reportedly arrive with a leather folio case that features a flip-out stand, so you can still hold and protect the X1 Fold hybrid tablet laptop foldable and stand it on a desk. 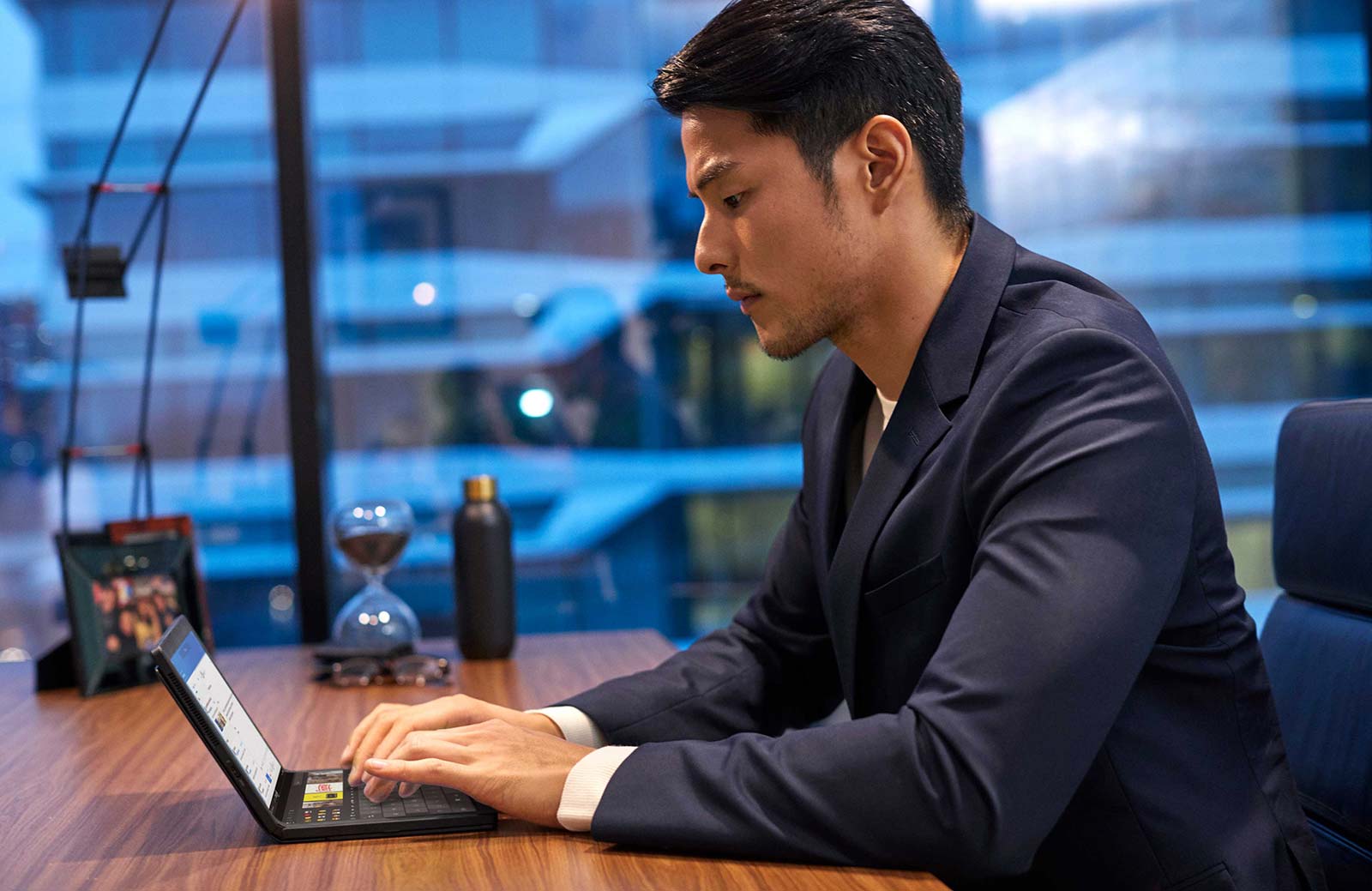 The foldable ThinkPad isn’t the only game changer the company has this year, with a new ultra-light take on the its ThinkPad X series.

New in 2020 is the ThinkPad X1 Nano, a version of its ThinkPad that manages to fit under a kilogram, with a truly lightweight laptop. 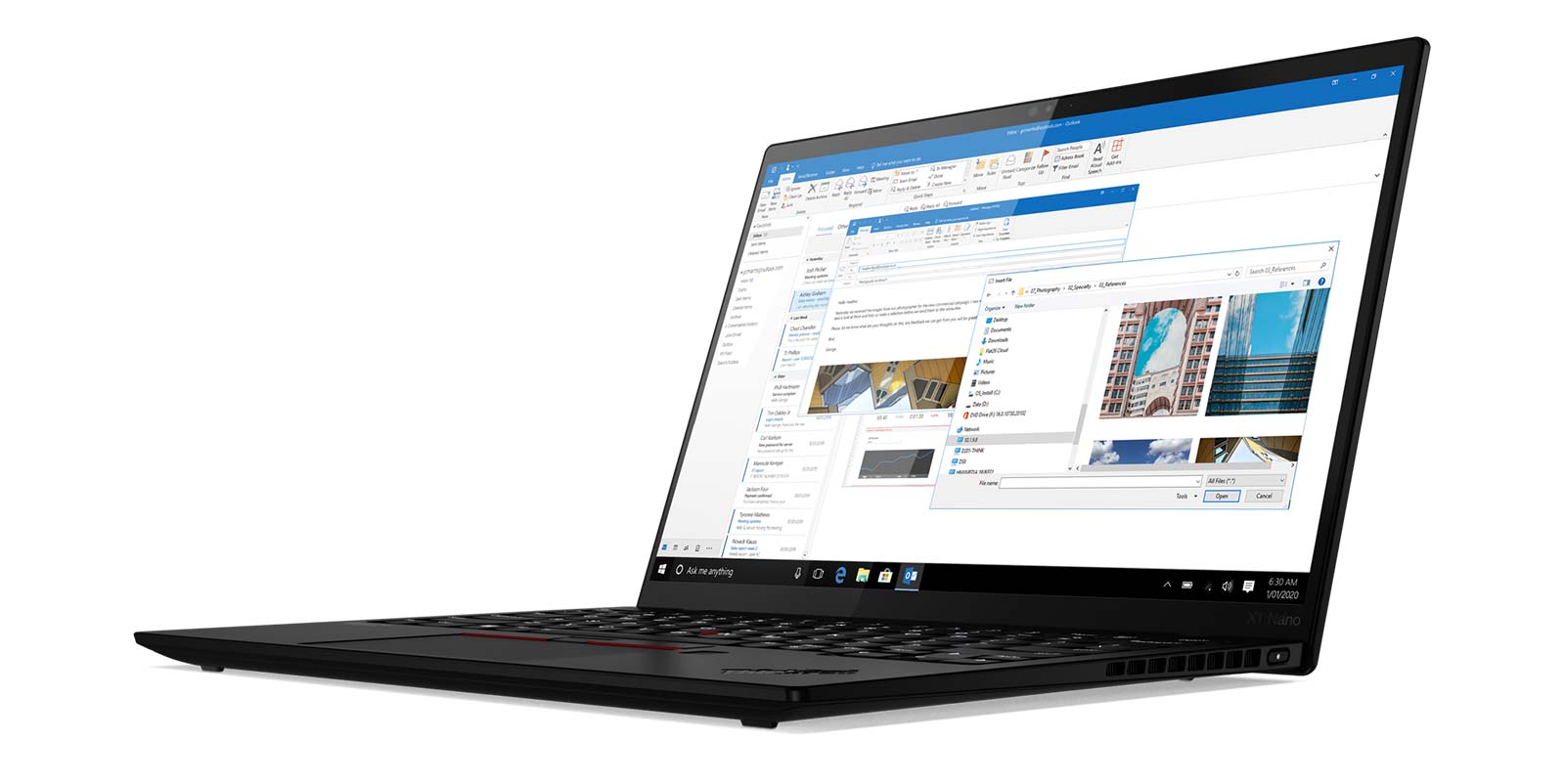 At 907 grams, the 2020 X1 Nano is a laptop that still manages to encase some impressive technology, with Intel’s 11th gen Tiger Lake Core processors and Xe graphics, Thunderbolt 4, 802.11ax WiFi 6, a 13 inch 2K display, four speakers with Dolby Atmos, and some new biometric security technology using voice recognition and human presence detection to not only let you login without touching the ThinkPad, but also to lock when you walk away.

Pricing on the super light ThinkPad X1 Nano isn’t something Lenovo Australia has as of yet, with local availability not yet determined, but the foldable ThinkPad X1 Fold does have an Australia pre-order price of $3999 locally. And yes, that is a pretty high-end price for what is basically a small touchscreen computer, though it’s also one that folds into a smaller computer, fitting more neatly into a bag.

If you’re still struggling with this idea, think of the Lenovo’s X1 Fold as this: it’s a 13 inch tablet that folds into a much smaller computer to take with you. If that sounds like a dream, you’ll need $3999 for the privilege in Australia, with local release in the coming months. 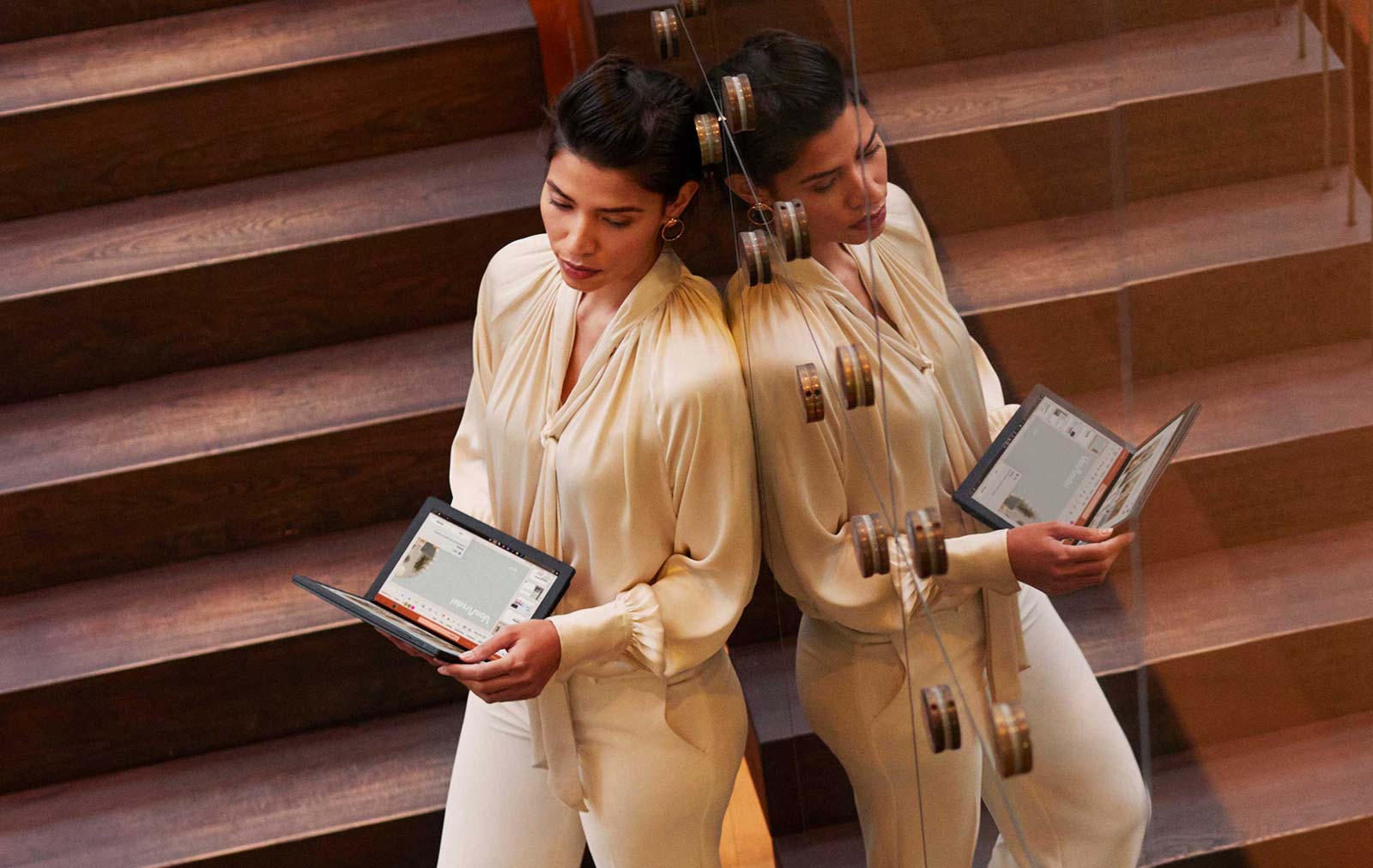