Samsung’s first foldable phone last year was just the start, with the latest foldable delivering an experience more like what you can find in the Note 20 range.

As far as phones that push boundaries go, it’s hard to look past the world of foldable phones. Back in 2019, foldables were expected to make a mark on the mobile market, and while a few came out, they didn’t set everything we knew on fire, providing a curious take on how phones and tablets could collide in cool and unique ways, expensive as they were.

A year later and a rather awkward 2020, foldables still haven’t quite been the amazing salvation from standard phone design we all expected. That might be attributed to the shape this year has been in, or it might be that there’s hasn’t been enough competition to light fires under the mobile makers of the world.

From this year, however, we might just begin to see a renewed push into foldables, especially as Samsung looks to rectify and perfect its first take on the technology, launched last year in the Galaxy Z Fold. It’s hard to believe that Samsung’s first foldable phone launched roughly one year ago, and while it was bumpy to begin with followed by a launch offering one of the world’s most unique phones, it was just the beginning.

In the time that’s followed, Samsung has tried another take on foldable devices with the Z Flip, offering a smaller take on the foldable phone that folds in half to become a pocket phone more akin to the classic clamshell phones, but with a touchscreen on the inside that can fold in half. That’s distinct from Samsung’s Galaxy Z Fold approach, which is clearly more tablet-like, offering a slim phone that folds open to reveal a tablet. It’s this design that sits in the premium end of foldables, even though the whole area is rather “premium”, and is where Samsung has been focusing its efforts for a new model, set to arrive early next month. 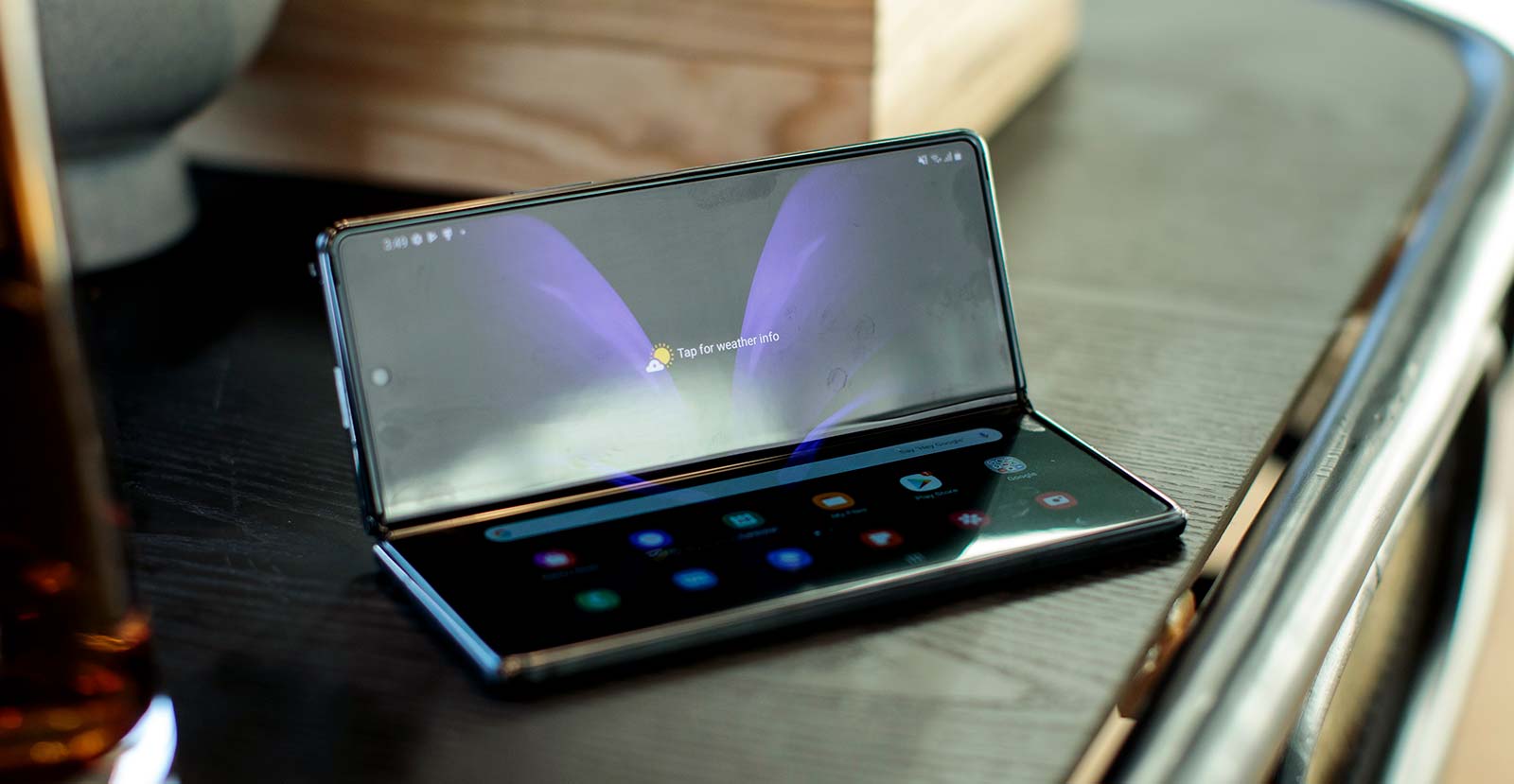 Perhaps rather unsurprisingly, the new phone is the Samsung Galaxy Z Fold 2 — because “2” gives everything away that this is the sequel, and it’s a sequel that not only fixes the things buyers and reviewers alike commented on, but also brings the phone to be more in line with Samsung’s other phones this year.

For starters, the new Galaxy Z Fold 2 offers a 7.6 inch screen on the inside with minimised bezels and no notch for the front camera, making the inside of the Z Fold 2 a little more sleek and Note-like than the Z Fold was last year in the first iteration. It’s a phone that will deliver a 120Hz adaptable refresh rate like the S20 range, and which is just the start of the screens.

You see, like the first Fold, there are two screens that make up this device: the big one on the inside, and the smaller one on the outside. However unlike last year, the “smaller one on the outside” is now much bigger, offering a 6.2 inch display that stretches across most of the design, delivering a phone that looks more like a standard Samsung Galaxy phone, and when you open it up becomes wider like a Galaxy tablet. It could be the best of both worlds. 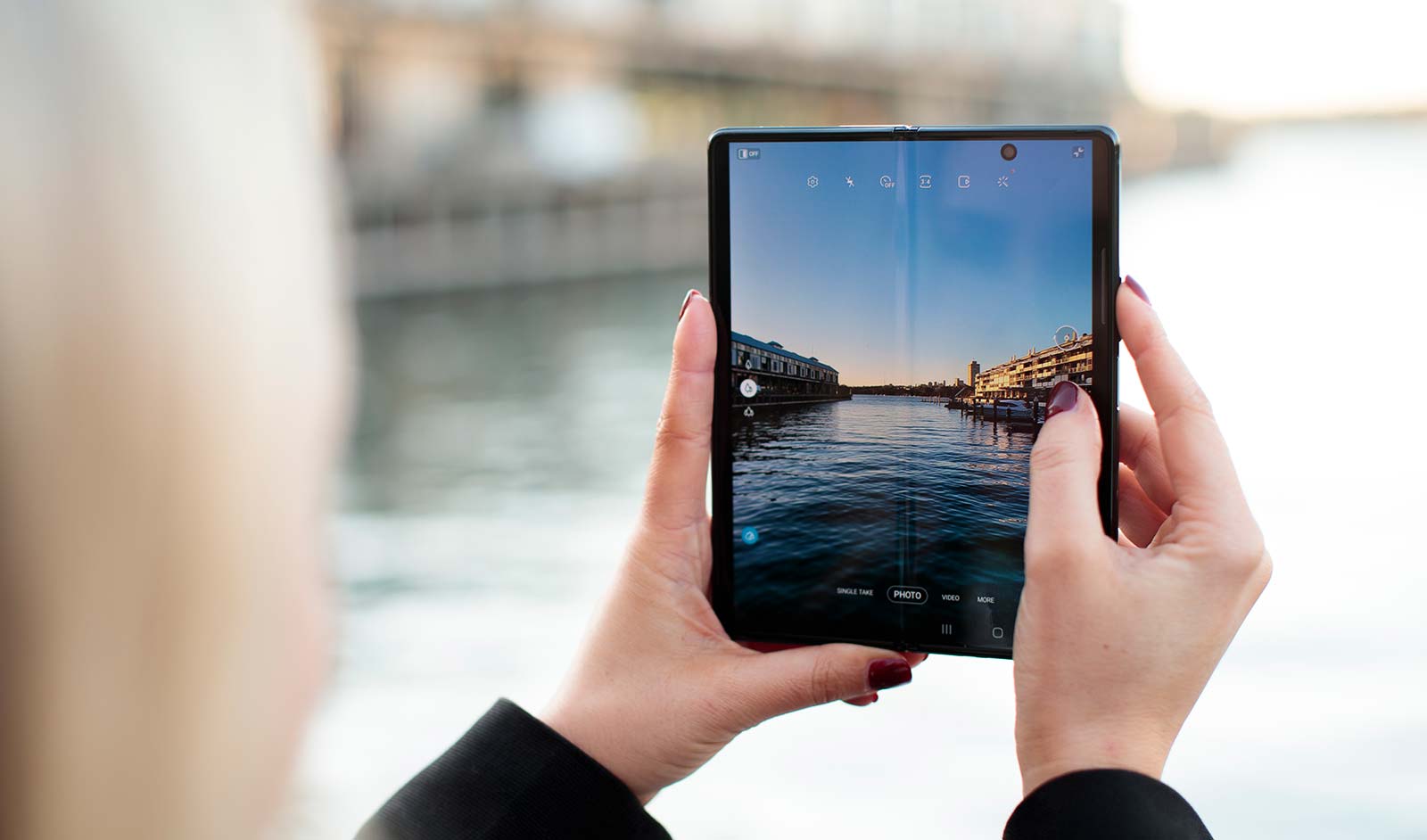 Inside, there’s an eight-core processor paired with 12GB RAM and 256GB, with no microSD slot to expand, so you’re going to have to be happy with the storage you have. There is support for pretty much every connection a Samsung flagship phone has had this year, though, including 802.11a/b/g/n/ac/ax WiFi 6, 5G connections, Bluetooth 5, NFC, GPS, the Magnetic Stripe (MST) technology for Samsung Pay, and wireless charging, too, plus there’s a fingerprint sensor on the side and facial recognition on the front-facing camera, which itself is one of two 10 megapixel cameras.

The cameras are a little different, with 12 megapixel cameras across standard wide, Ultra wide, and 2x telephoto, making the camera system a little like the Galaxy Note 20 this year, before you exclude the telephoto and replace it with the Note 10’s 12 megapixel camera. It’s an odd assortment of cameras, to be sure, and distinct from the big cameras found in this year’s most expensive Galaxy phones, which the Galaxy Z Fold 2 clearly is classed as.

In fact, the Samsung Galaxy Z Fold 2 will end up being the most expensive of the Galaxy phones launched this year when it does arrive in Sydney later in September, going on pre-order from September 9 and for sale on September 25 for $2999 in Australia.

At present, that is the most expensive Samsung of the year, delivering something very different, alongside Samsung’s other new foldable for the year, the 5G Galaxy Z Flip, which will cost $2149 from October 9. 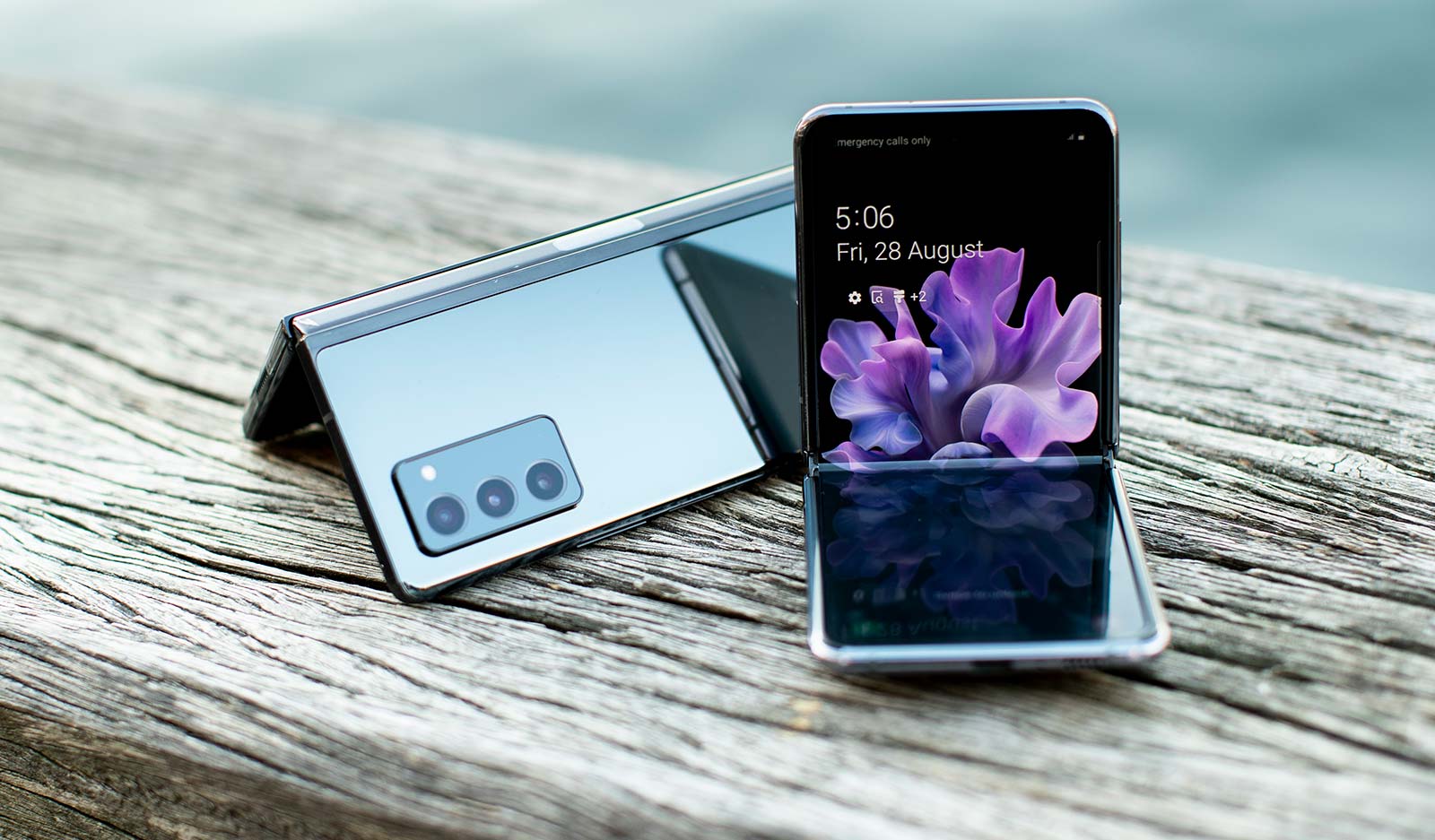 “The foldable category is an undeniably fascinating spaceand onethat is driving a lot of intrigue and conversion from other brands,” said Garry McGregor, Vice President of the Mobile Division at Samsung in Australia.

“The solid design and expert craftsmanship exhibited in the Galaxy Z Fold2 is testament to our commitment to the category, and we’re excited to bring this seriously impressive piece of tech to Aussie customers,” he said.

“We know this will be more than just a phone, it will be an attention-grabbing status symboland a conversation starter wherever and whenever you use it.”

Both devices could well fit that bill, and they may be a touch more durable than their predecessors. That’s especially true of the Galaxy Z Fold 2, which while still not IP rated like its Galaxy S or Galaxy Note siblings, now supports a new design and hinge that can repel dust and particles, but isn’t water resistant the same way you can use other Samsung phones. Or to put it simply, you probably won’t want to take the Galaxy Z Fold2 into water with you, like you can with either the S20 Ultra or Note 20 Ultra phones.

However they will likely draw attention, which they certainly do with us. We recall admiring the original Z Fold, despite its early adopter price tag, and the new model looks to be a renewed approach on that, delivering a new generation of foldables with improvements.

Will it be enough to win people over? We’ll just have to wait and see. 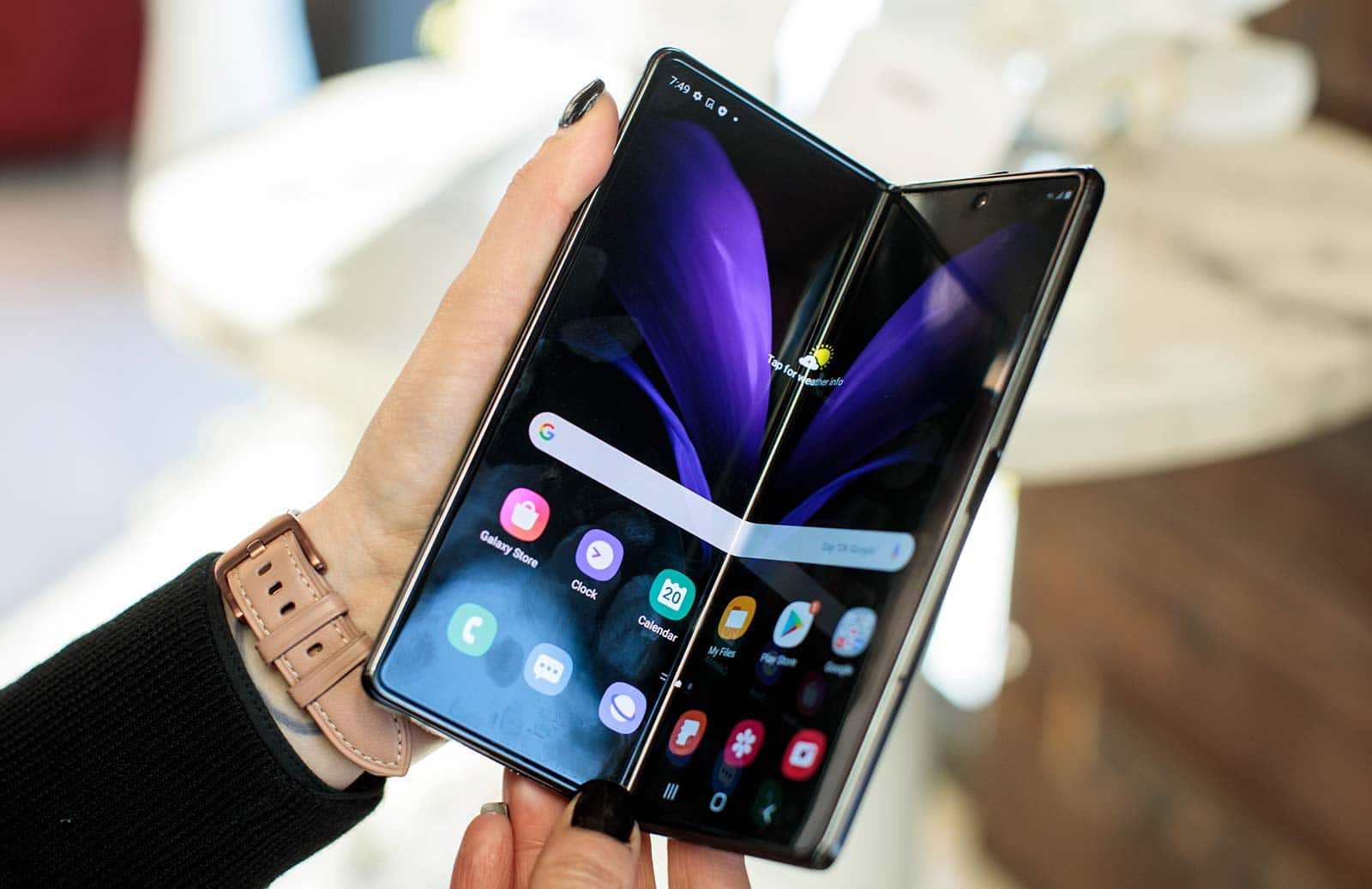 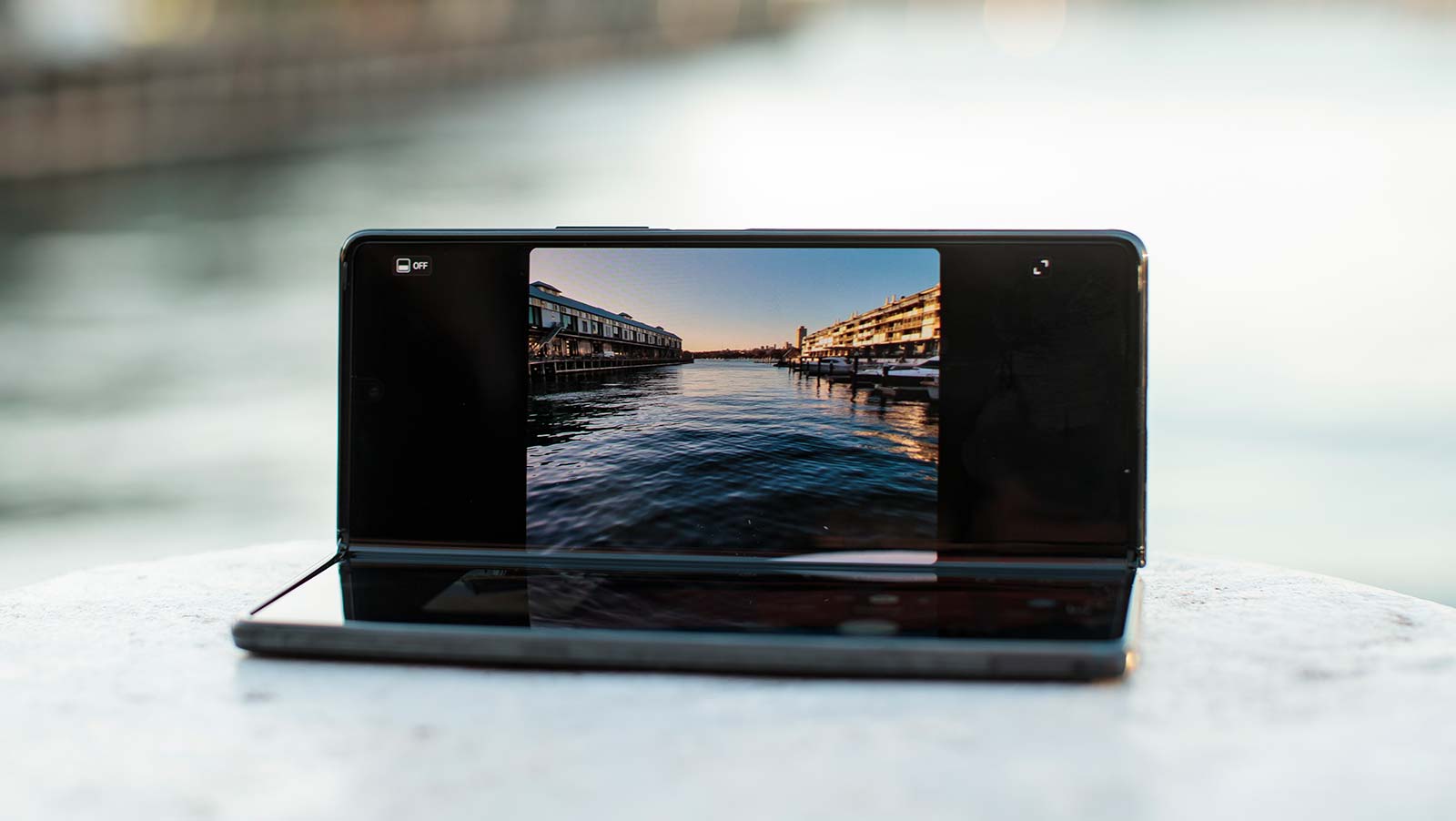