There’s already been at least one ThinkPad refresh this week, but another is making waves because of how it’s been designed.

Take a look at your laptop now, because the design it has — the typical clamshell approach with the keyboard underneath — might not be with you in the next ten years.

It’s 2020, and while we’re yet to have flying cars made available for everyone, at least the world of foldables is finally coming to fruition. After one foldable made its way into the world last year courtesy of Samsung, Lenovo is ready to properly show off the foldable design it hinted at last year, and it is something interesting.

Expected closer to the middle of the year, the Lenovo ThinkPad X1 Fold is what happens when Lenovo’s laptops take on a more proactive stance for future thinking. Rather than wait for another brand to pull out a foldable computer first, Lenovo’s X1 Fold is a hinged set of 9.6 inch screens that fold flat to make a 13.3 inch tablet. 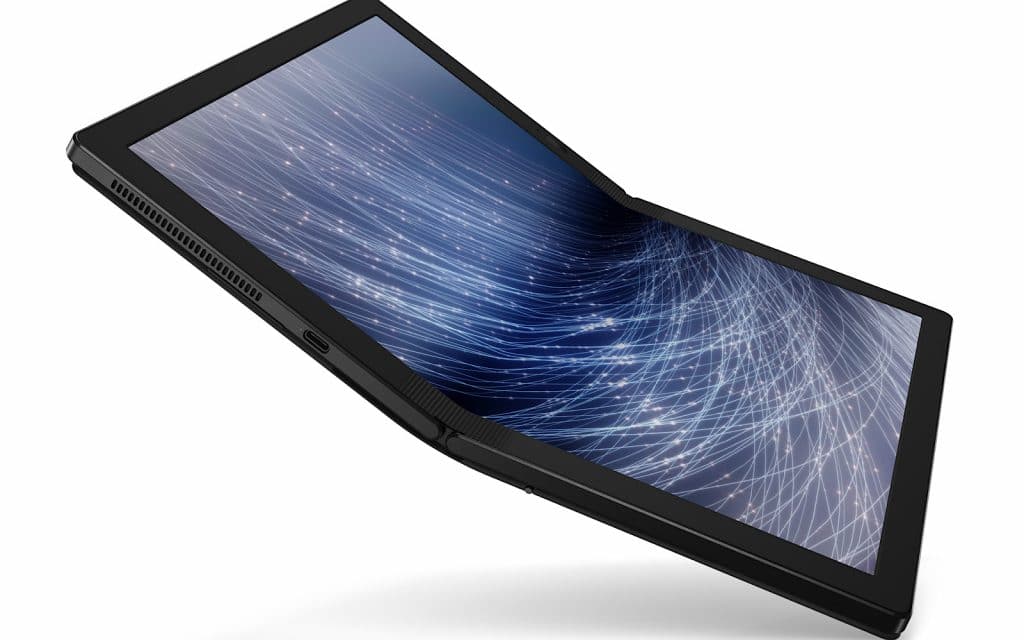 As a portable, the 9.6 inch device can run with a screen in the bottom as part of a clamshell, or even have an external keyboard placed on top to make that bottom screen a more effective typer, because touchscreens don’t always offer the best experience for fast consistent typing.

Inside, however, Lenovo is keeping the specs usable, with an Intel Core chip, 8GB RAM, up to 1TB of solid-state NVMe storage, and a battery life of up to 11 hours. What’s more, it will support WiFi 802.11a/b/g/n/ac/ax for WiFi 6, Bluetooth 5.0, and may even take a SIM card for Category 20 4G LTE.

And much like Microsoft’s Surface Neo, it will run Windows 10X, a custom version of Windows 10 made for use with dual-screen gadgets. 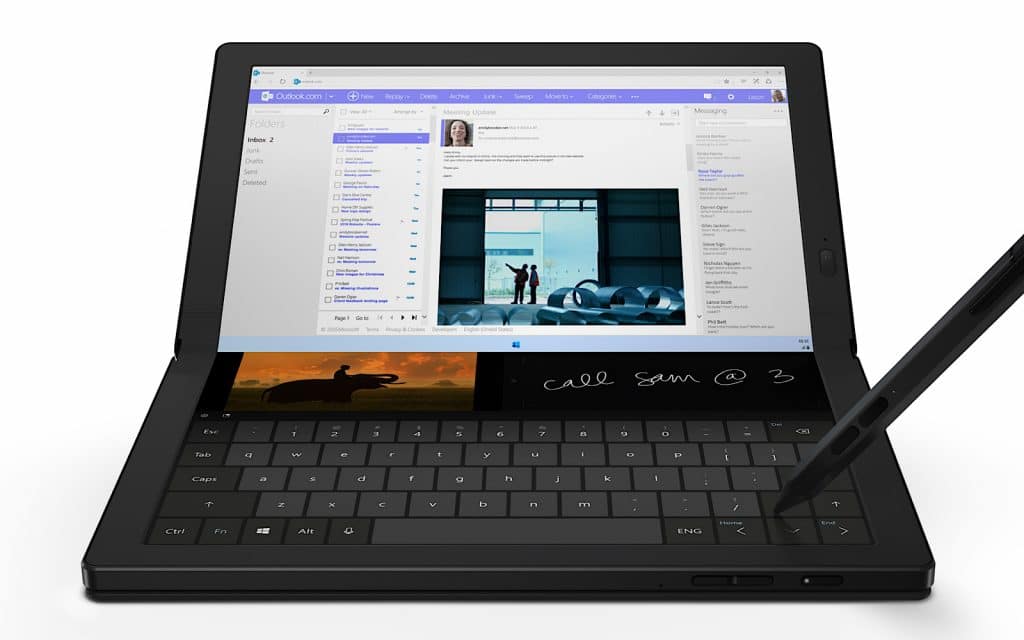 Weighing 1kg, the Lenovo ThinkPad X1 Fold is definitely a different take on the laptop, and armed with an OLED screen made by LG, should offer one of the more interesting portable PC experiences you can expect to find, whether it’s used as a laptop, a tablet, or just as a portable entertainment and reading device.

Frankly, we’re curious to see if a 9.6 inch computer with a keyboard in the bottom position means work can be made even more portable.

Pricing won’t necessarily be friendly, though, thanks in part to the X1 Fold being the first foldable PC. As such, Lenovo is talking about pricing starting from $2499 USD when the Lenovo foldable laptop arrives closer to the middle of this year. 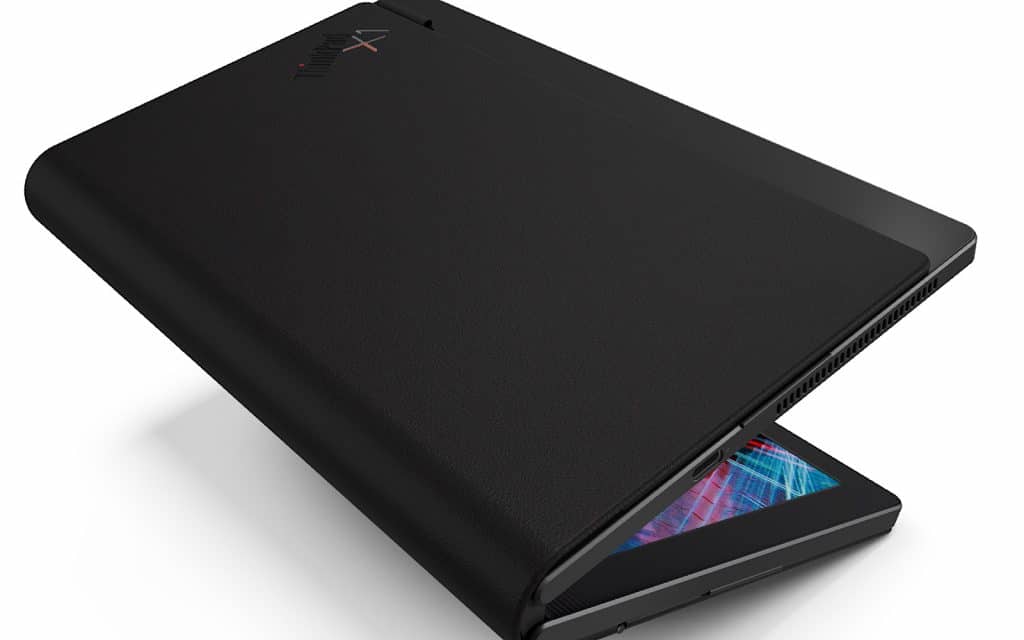