Now that the new year is here, let’s take a look at what you can expect in the 2020 tech trends.

It’s the year 2020, a year that will no doubt see marketers embrace in calling “the hindsight year” (because hindsight is 2020), and it’s one where we can look back at what was and look forward to what will be.

The past decade has been a bit of a roller coaster ride of technology, as phones became more than the a telecommunications device in your pocket and bag, to something more like a supercomputer that would replace a computer for many people.

It’s not just phones that the past decade has seen a mark made, but really everything. TVs have never been thinner and of higher quality, while audio both personal on-the-go and at home in a speaker can be found in many options with excellent quality. Our homes can be monitored thanks to smart security systems that have been improved with a degree of artificial intelligence, and so many of the devices that we use in our day-to-day can be connected and controlled with our voice.

Last year’s trends practically highlighted all of these things, and a little bit more, and they all came to fruition in 2019. When we mentioned 5G, foldable devices, augmented reality, the smart home, electric smart cars, more mobile banking support, and the introduction of 8K, it has all actually happened.

So what’s next? Will it be more of the same or something new?
What does 2020 have in store for technology?

Here are five things we think will become a reality this year alongside the regular product release assortment you can expect 2020 to be.

First up, let’s talk phones, because they’re everywhere and a big topic of conversation. In fact 2019 was supposed to be the year of a specific style of phone, but things didn’t go quite to plan.

You might have heard that 2019 was going to be the “year of the foldable phone”, but by the end, only one had unfolded in Australia: the Samsung Galaxy Fold.

Sad face for us, it seems, because after numerous rumours and lots of hype, the year of the foldable phone was crumpled and more or less tossed into the heap.

In 2020, however, the foldable won’t just live in phones, but also in other devices. Expect folding screen technologies to be embraced in other areas, not just phones.

While Motorola has a neat folding phone in the RAZR concept that it plans to release to Australia this year, Microsoft has already shown a foldable computer concept in the Surface Neo, and it won’t likely be alone. Expect other brands to embrace the concept in computers as the year goes on, with foldable technology likely pushing innovation in personal electronics and computing when the standard devices just aren’t cutting it. Lenovo has already chimed in with something, and it won’t be alone.

“In terms of what I want to see in 2020,” said Vertical Hold’s Alex Kidman for the Pickr best phone special on The Wrap, “more foldables, more innovation, more people doing clever things that go beyond the old look ‘we gave it a silly design because we felt like we could’.” 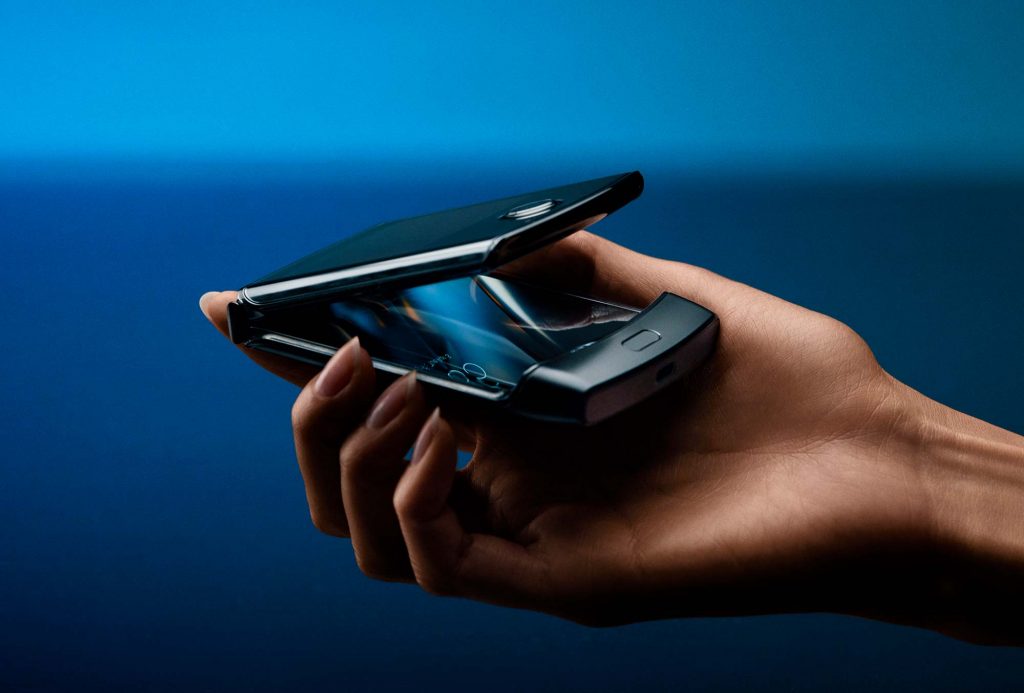 Your home is already making the transition to a smart home, but it was only doing it through speakers, sound, security, and light. In 2020, you can expect your home to go a little further and get a little deeper.

The smart home isn’t just one you can control lighting and music in, but rather one that starts to integrate more of the components you rely on.

Back when the smart home was touted, there was an idea that a fridge would be able to talk to a smart grid, and work out how to regulate its energy not just to save power, but to save you money. Smart fridges haven’t really taken off yet, and people don’t always upgrade their white goods in a regular fashion, partly because the old ones tend to work for so long and the new ones can be very expensive, but you can expect more attention in this area as we move forward.

It won’t just be a refrigeration situation, either. You should probably start thinking about the other gadgets in your home that you rely on, such as the vacuum, the oven, the microwave, and more.

“In 2020, I fully expect the smart home will take a lift in its game,” said 2GB technology commentator Technology Uncorked host, Geoff Quattromani.

“I’m not talking about us just talking to a speaker and getting a recipe read out to us. I’m saying that when we talk to a smart speaker, it’s going to preheat our oven,” he said. “Our oven is going to tell our dishwasher what kind of load to expect in the evening. And when we’re finished cooking, the vacuum goes and starts to clean up.”

With CES 2020 just around the corner, there’s a good chance we’ll see examples of how this all works, and how it all fits together in the coming days.

The whole smart car thing is greater than the idea Mercedes’ “Smart” car brand could have ever been, and we’re beginning to see actual smart car automation inside electric cars.

Tesla helped lead this charge, but there are elements of smarter technologies in other cars, too. While few brands appear to be at the level of that main one, you can expect this to change in 2020, as more car companies not only embrace a world less dependent on the petrol pump, but more on plugging a car in for a recharge overnight.

The move to electric cars will likely see more smarts alongside, something Quattromani added that we’ll likely see from more manufacturers in 2020.

“I also think we’ll see some big changes in self driving cars not just from Tesla, but the other manufacturers which all playing catch up at this point,” he said.

It’s even possible we’ll see manufacturers surpass what Tesla is working on this year, developing ways to make the self-driving Isaac Asimov vision of an automatobile closer to reality. 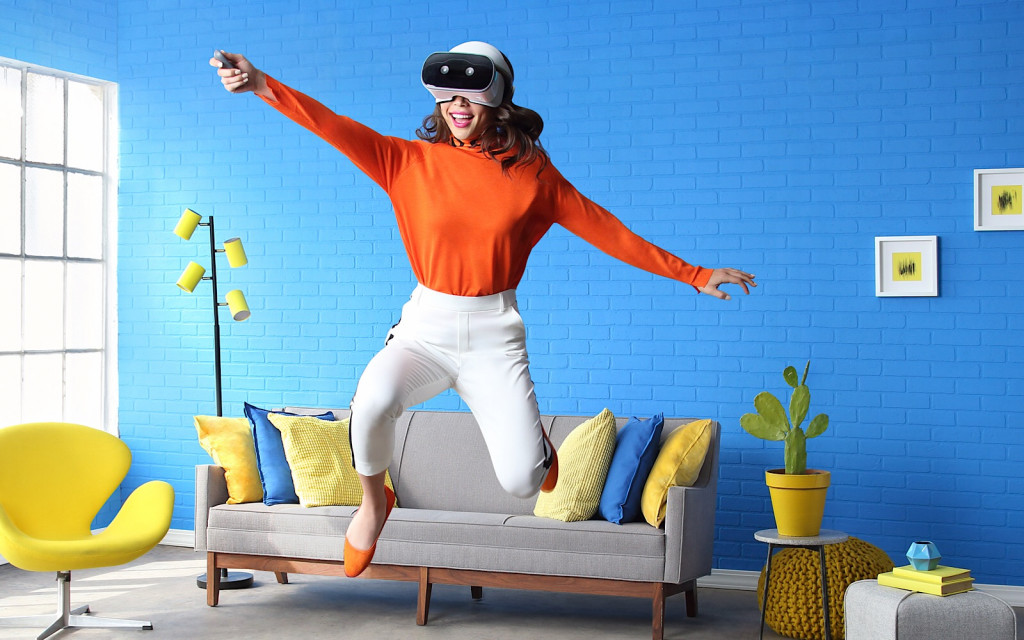 We’re big fans of virtual reality, and this writer has been ever since he first thrust a Virtuality helmet over his teenage head back in the 90s, but VR has had a mixed history.

It came and then left, and in the past few years, it has been resurrected, and while it’s about as close to a Star Trek Holodeck as it gets using modern technology today, it’s still not really taking off.

Virtual reality can be expensive and very much an individual thing to partake in, and after a few years of virtual reality being a niche thing, 2020 is the time when it has to actually show its use in today’s society.

What we suspect will happen is a shift from the world of virtual reality to augmented reality, as the digital doesn’t merely become something immersive, but properly transposed over the world you see.

Apps such as Pokémon Go and 2019’s Minecraft Earth have provided some form of early training for augmented reality, while Google Translate and Google Lens have delivered a dash of AR for folks not into gaming, but this year, you might want to expect more from the augmented world.

“There were plenty of rumors suggesting that Apple might be looking to make a play [in AR] and I want to see what that looks like and what it inspires,” said Fergus Halliday, Editor of PC World Australia on an episode of The Wrap.

Yep, you heard that right: Apple is reportedly working on an augmented reality headset, and we suspect Google has been working on a new variation of its Google Glass idea since it ended the first project. Meanwhile, Microsoft’s AR computing platform Hololens remains one of the more expensive ways to dabble in augmented reality development, though you can find less expensive mixed reality (MR) headsets around, too.

In 2020, however, as the year truly sounds more futuristic than prior years, perhaps we’ll finally see a killer app for AR and VR, and have our eyes opened.

5G gets a killer app 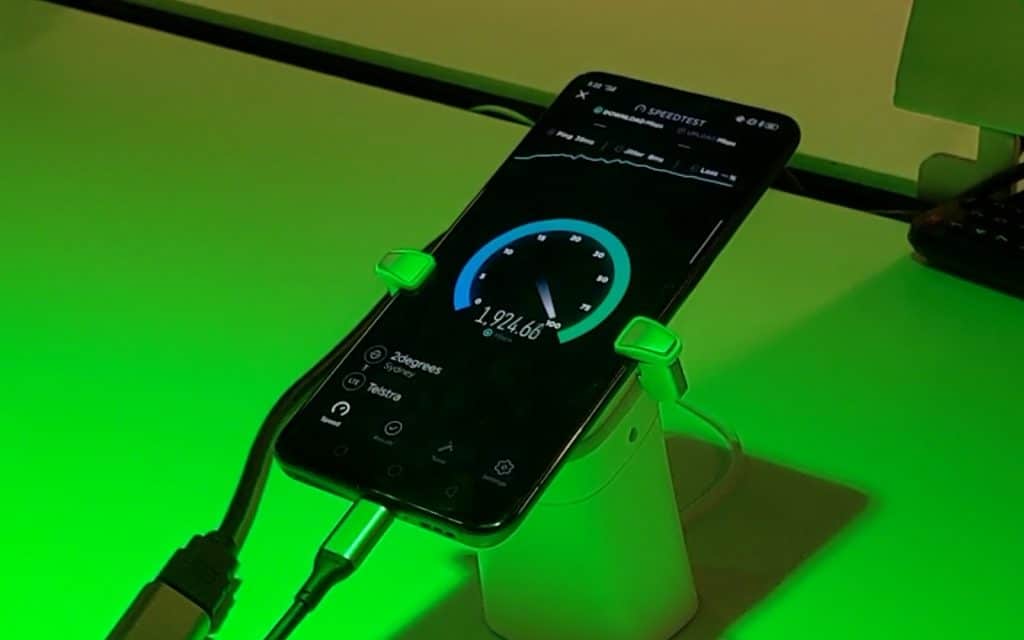 And while we’re talking about killer apps, let’s talk about one area that desperately needs one: 5G.

One of the issues that 5G presently has is use, because beyond faster ways to download cat videos and stream music, 5G doesn’t have much of a killer app.

Oh sure, it can increase download speeds, and technically it might even help deliver faster broadband across the country when the NBN hasn’t quite delivered speeds or stability, but it has yet to showcase its killer app.

When the NBN was being pitched, the speeds being suggested by the then-government highlighted applications like telehealth, but in the time since, that has more or less faded away.

Telehealth applications could use not just video conferencing to connect Australians in remote parts of the country to a doctor, but also advanced telemetry and sensors, allowing a medical professional to analyse and talk to a patient without them having to drive several hours just to see the doctor. It seems like the stuff of the future, and it’s just the sort of killer app 5G needs.

If not this, than something else, because with Vodafone joining the 5G world this year, and Telstra and Optus already on board, we’re going to need something beyond just more ways to download to show the use of that high speed data effectively.