Not sure if you need an eReader or a notepad? The Kobo Sage combines both. Is it worth the nearly $500 asking price?

What is the Kobo Sage?

Another variant of Kobo’s tablets equipped with an electronic-ink screen (eInk), the Sage isn’t unlike other Kobo models in that it’ll let you read the universal EPUB file type, plus other formats, as well. It can tackle PDFs that you have and even let you read comics in CBR and CBZ, which are basically just archive files filled with comic book pages and such.

You’ll see a lovely monochromatic 8 inch touchscreen supporting a resolution of 1920×1440 and a pixel clarity of 300 pixels per inch, helping the whole thing look and stay sharp for text and a modicum of images, great for reading in general.

There’s even a warm light if you need to adjust your eyes when it gets darker, plus a way to invert the colours to help with low-light night-time reading. 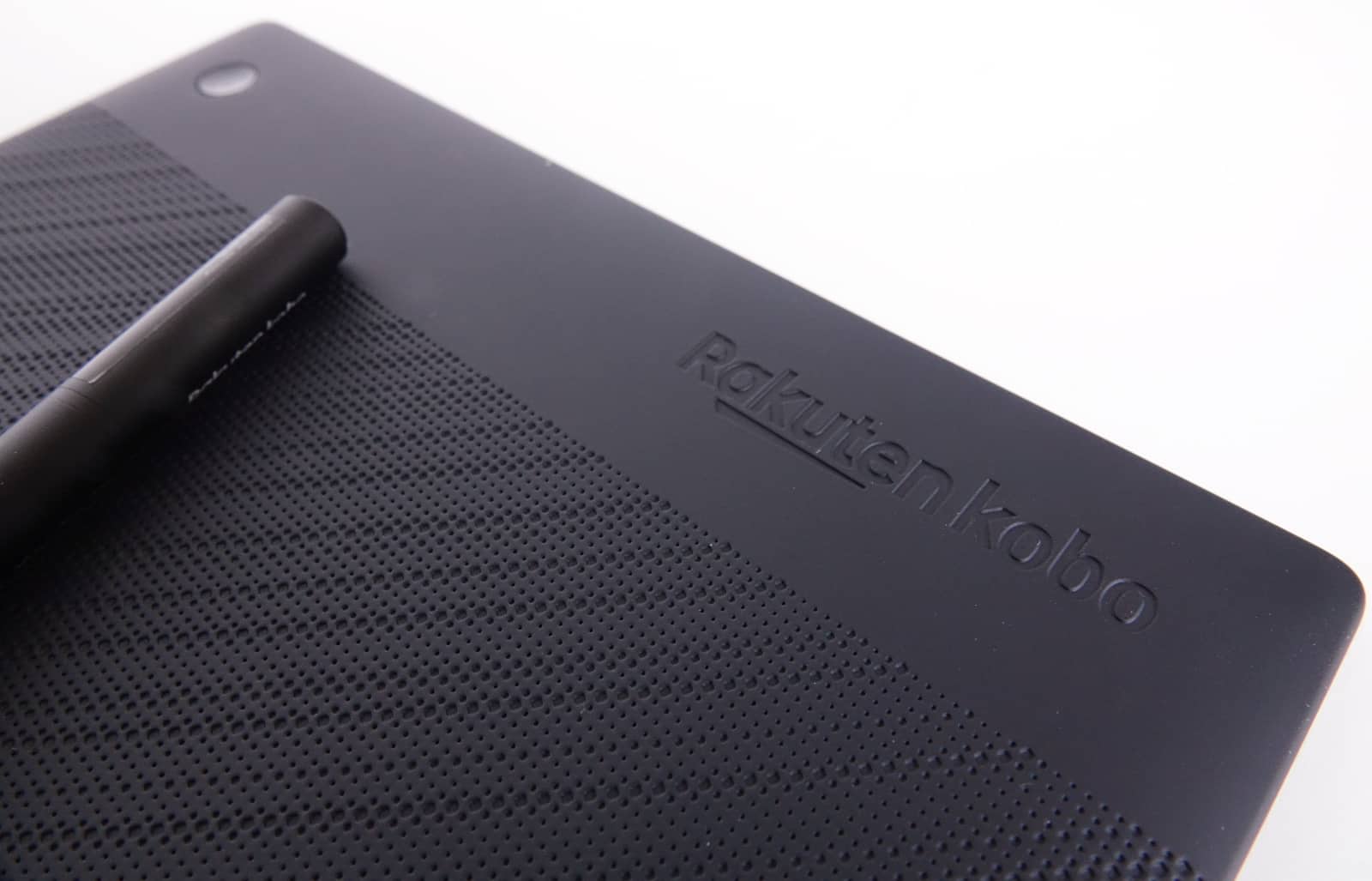 The Kobo Sage arrives in a nicely textured body that manages to be water resistant supporting the IPX8 rating, handy as it means you can take it down the bath or pool with little risk or consequence. And there’s support for wireless sound if you grab audiobooks from Rakuten’s online store, connecting to headphones and speakers over Bluetooth.

All of this may be a little familiar, partly because we’ve reviewed one of Rakuten’s other eReaders recently, the Libra 2. However the Sage is also a little different from other eReaders, simply for two reasons: it’s a little larger and it supports a pen.

What does the Kobo Sage do? 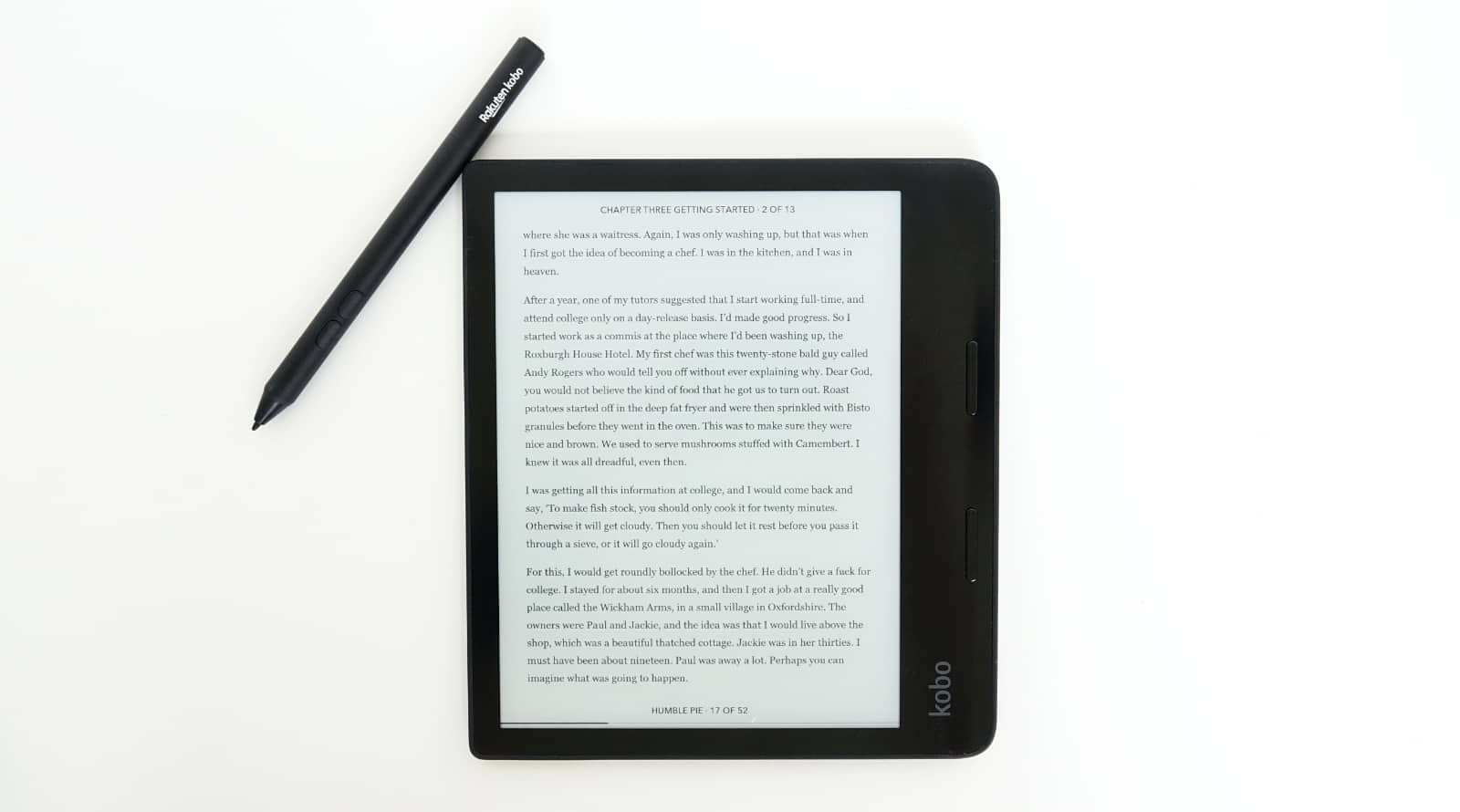 Supporting a pen is a bigger deal than you might expect. On the one hand, it means you can scribble in notes for your books, something that can make them feel a little more like the real thing.

On the other hand, the Kobo Sage also offers notebook support, turning its 8 inch display into an 8 inch notepad, either for your regular scribbles or even something a little that can translate your scrawl into real text.

Jot down some thoughts or notes in the typical chicken scratch you use and then tap it with two fingers, and the Kobo Sage will attempt to translate it. With this reviewer’s pretty terrible handwriting, Kobo nailed it every single time.

That ability to take notes gives the Kobo Sage an extra trick beyond its eReading basic ability, turning it into a notepad for folks who feel like they still work better with a pen and paper, but yearn for something more modern. 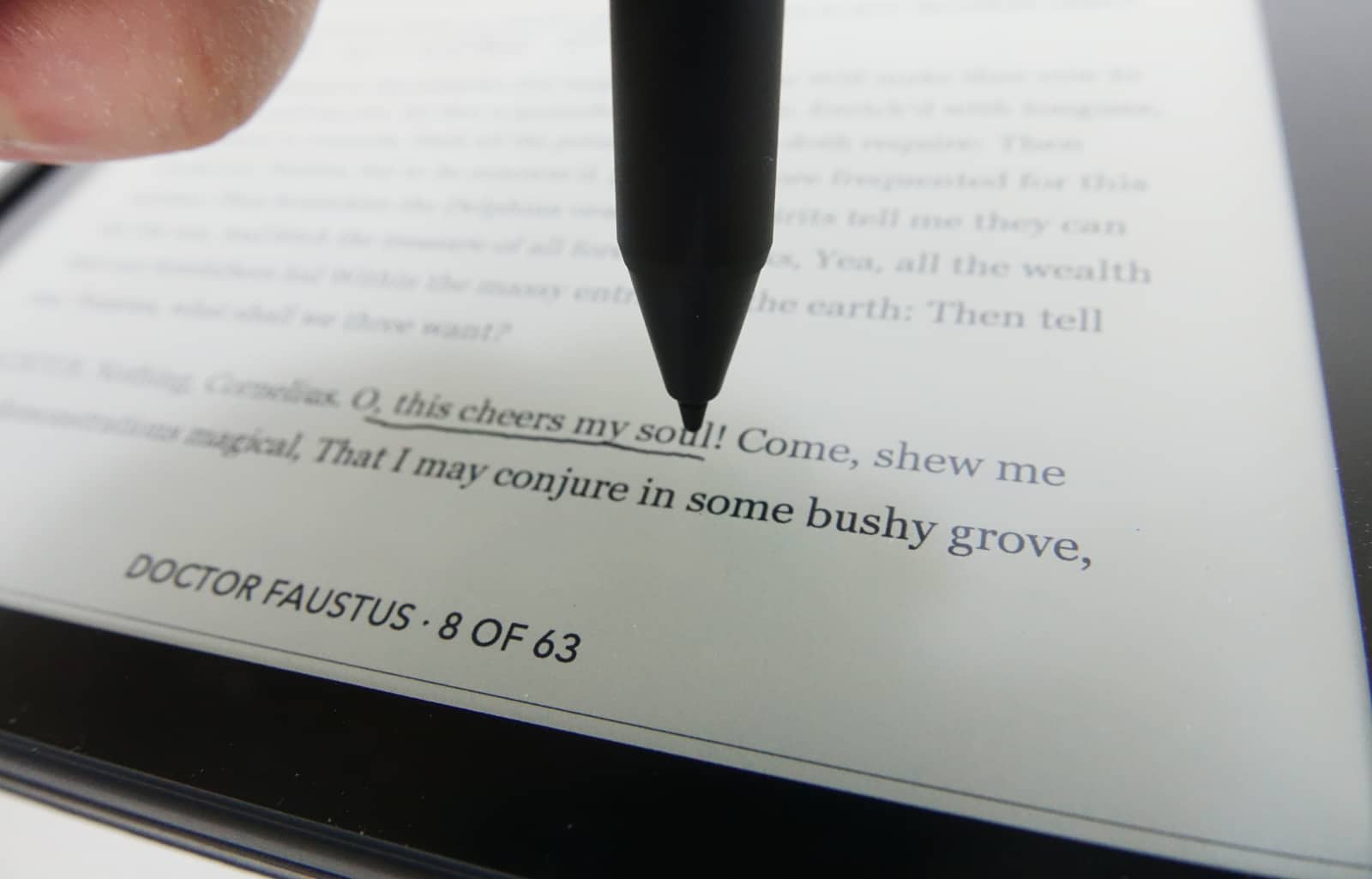 Not everyone wants to walk around with a colour screen tablet and pencil, and might just need the basics. If you feel you could get by with a book and notepad, and just your thoughts, the Kobo Sage presents a really neat take on modern books and notebooks.

For people where simplicity is king, the Sage represents modern convenience: books and notes in one easy package. Brilliant.

It’s worth noting that Rakuten’s Kobo Sage isn’t the only device doing this. While the obvious eBook competitor in Amazon’s Kindle lacks the pen writing tech, ReMarkable has seen two generations of e-ink reading and writing in the one form-factor, and Huawei looks set to release something similar in the upcoming MatePad Paper.

In short, Kobo’s Sage isn’t alone in its combined reading and writing ambitions. However, it’s also available now and from a brand that has managed to survive against the stronghold that is the Kindle, so it’s probably not going anywhere.

Add to that the fact that Kobo eReaders play nicely with local Australian libraries, and you start to get a firm grasp on what the Sage offers that others don’t.

What does the Kobo Sage need?

Unfortunately, like its Kobo Libra 2 sibling, the Sage doesn’t play beautifully with every format, with some EPUB files not rendering beautifully, such as EPUB comics. They typically render in the top left corner of the screen and are slow to run, while their CBR and CBZ siblings are fine.

You won’t get that sort of thing if you opt to run comic EPUB files on an Android tablet or even an iPad, because there’s enough processing power and an assortment of apps to pull it off, but the Kobo isn’t quite those devices, versatile as it is.

It also lacks some extras that could have truly made the Sage stand out beyond being a mere reading and writing combo.

You see people use pens for more than just notepads and book scribbles, and if the Kobo service supported other features, such as crosswords and sudokus, to name a few, you could see more reason to pick up this combined gadget than merely reading and writing.

However, a more pertinent point with the Sage is the processor, which can still sometimes feel a touch slow. It’s mostly good, but still a niggle worth talking about all the same.

Rakuten doesn’t talk about what it is, save for it being a 1.8GHz quad-core chip. That’s faster than the reference to the 1GHz chip in its Libra 2 sibling, but it still sometimes runs into lag loading files, typically files imported externally. It’s a fraction better, but you get the feeling that the Sage could be better again.

Minor speed niggle and an EPUB issue only comic book readers are likely to deal with, the $439 cost of the Kobo Sage in Australia may be worthwhile to some because of what it is.

This isn’t just another Kindle competitor. It’s an eReader and notepad combined, giving you that little bit extra for your money’s worth. 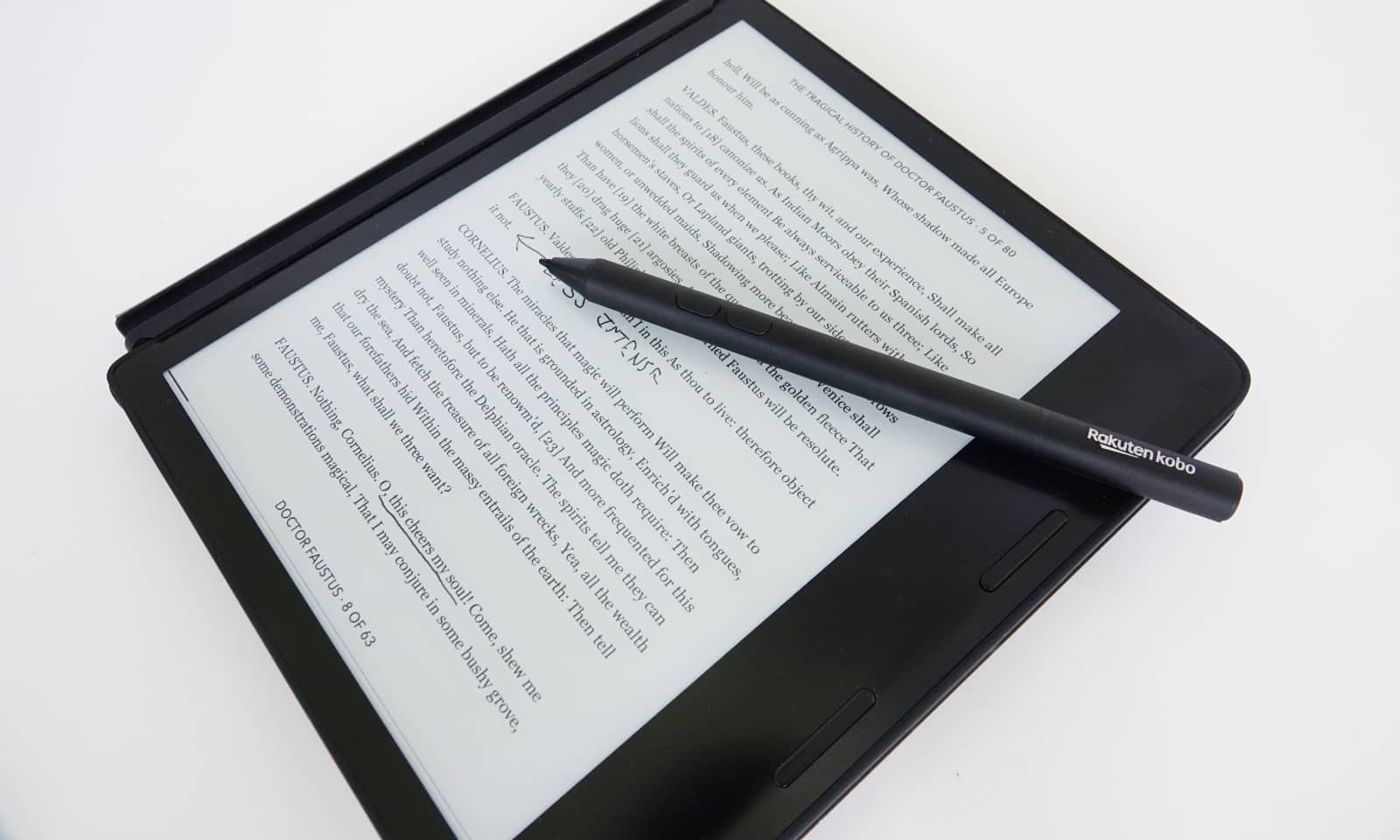 The real problem with the value may not be the Sage itself, but rather the stylus. An optional extra, and one that Kobo charges $70 for, when all is said and done, you’re basically being asked to pay a little over $500 for a pen and paper replacement, and that’s not as impressive. That’s before you factor in the $60 cost of the Sage sleep cover case, which not only provides protection, but also a place to store the stylus.

At that cost, you’re not far from the cost of a 9th-gen iPad with the Apple Pencil, and it can do roughly the same thing, yet also more. A full-featured tablet and a stylus are more capable than an eReader with a notepad capability, denting the comparable value considerably.

It gets a little more difficult when you compare it with the Libra 2, which at 7 inches is a similar eReader, but lacks the pen, and yet costs around $150 less. That means buyers are being asked to fork out quite a bit more for an addition that doesn’t even come with the stylus you need to make it work, a confusion value addition all the same.

Cut the price or include a version of the stylus free with the Sage, and Rakuten will have achieved a better result for the value. 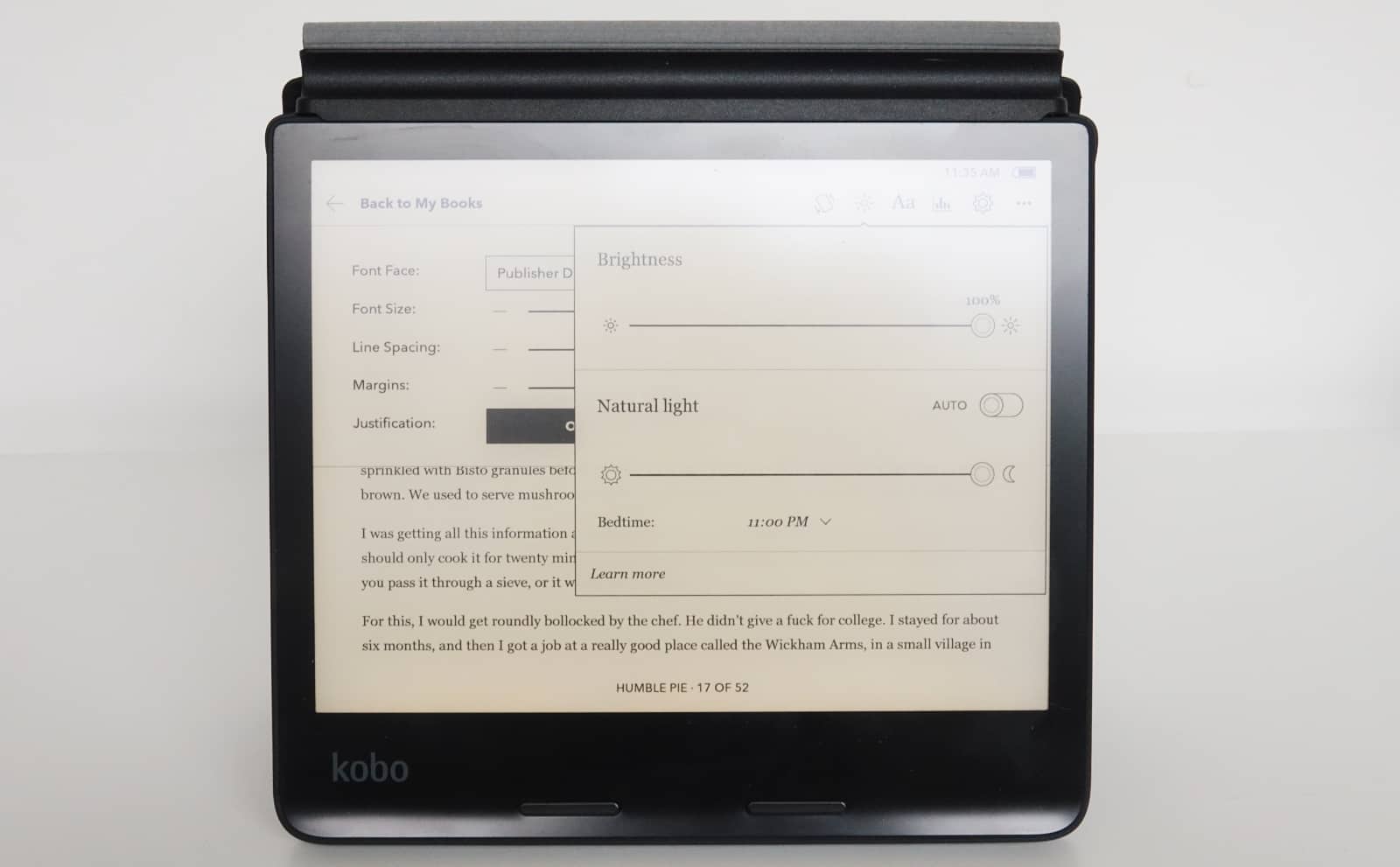 For around the $500 mark in Australia, Rakuten’s Kobo Sage with stylus provides something a little bit different in the e-reading landscape: a lagniappe of literary longings. It’s that little bit extra you didn’t expect an eReader could possibly have, and that could make it all the more worthwhile.

It won’t be for everyone, mind you, and folks who prefer a large colour screen with more web capabilities would do well to consider an iPad or maybe even a phone with a pen attached, but if you just want to carry your thoughts and words and books in one light package, it’s here in the Kobo Sage. 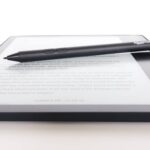 Kobo Sage
The good
Big, sharp screen
Screen works in both portrait and landscape
Support for a stylus
You can use the Sage as a notepad complete with transcription
Bluetooth headphones and speakers work with audiobooks
Water resistant (IPX8)
The not-so-good
Stylus is a $70 optional extra
Stylus doesn't work on every format and typically only EPUBs
Pen ability could do more, like crosswords or games (if Kobo included them)
Can feel slow at times
4 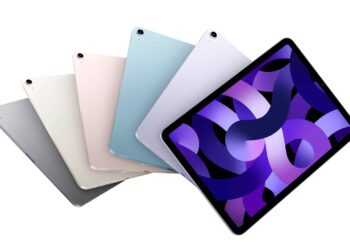