Samsung revives the Note in the Galaxy S22 Ultra

The rumours were true, as Samsung returns the S-Pen to its flagship phones, and the Galaxy Note is reborn as the Galaxy S22 Ultra.

It’s about that time of the year, as phone season kicks off once again. With Mobile World Congress in the back half of February likely to be a very online affair for most journalists, all eyes are on Samsung at the beginning of the month, with the first of year’s major new releases.

Rumours have been pretty clear for some time, and Samsung dropped a pretty massive hint before the event this week, but everything has been confirmed, as the big S revives one of its favourite phones, kinda sorta.

This year’s Galaxy S flagship will be the S22 Ultra, and much like models in the Galaxy Note range, the last of which was the Note 20 Ultra, it will include Samsung’s S-Pen stylus built into the body, a jump ahead from the S21 Ultra last year which supported the S-Pen but didn’t arrive with one at all. Rather, if you had an S-Pen from an older phone or tablet, you could use it with the S21 and even Samsung’s Galaxy Z Fold 3 foldable, which was nice, but not a big feature for most. 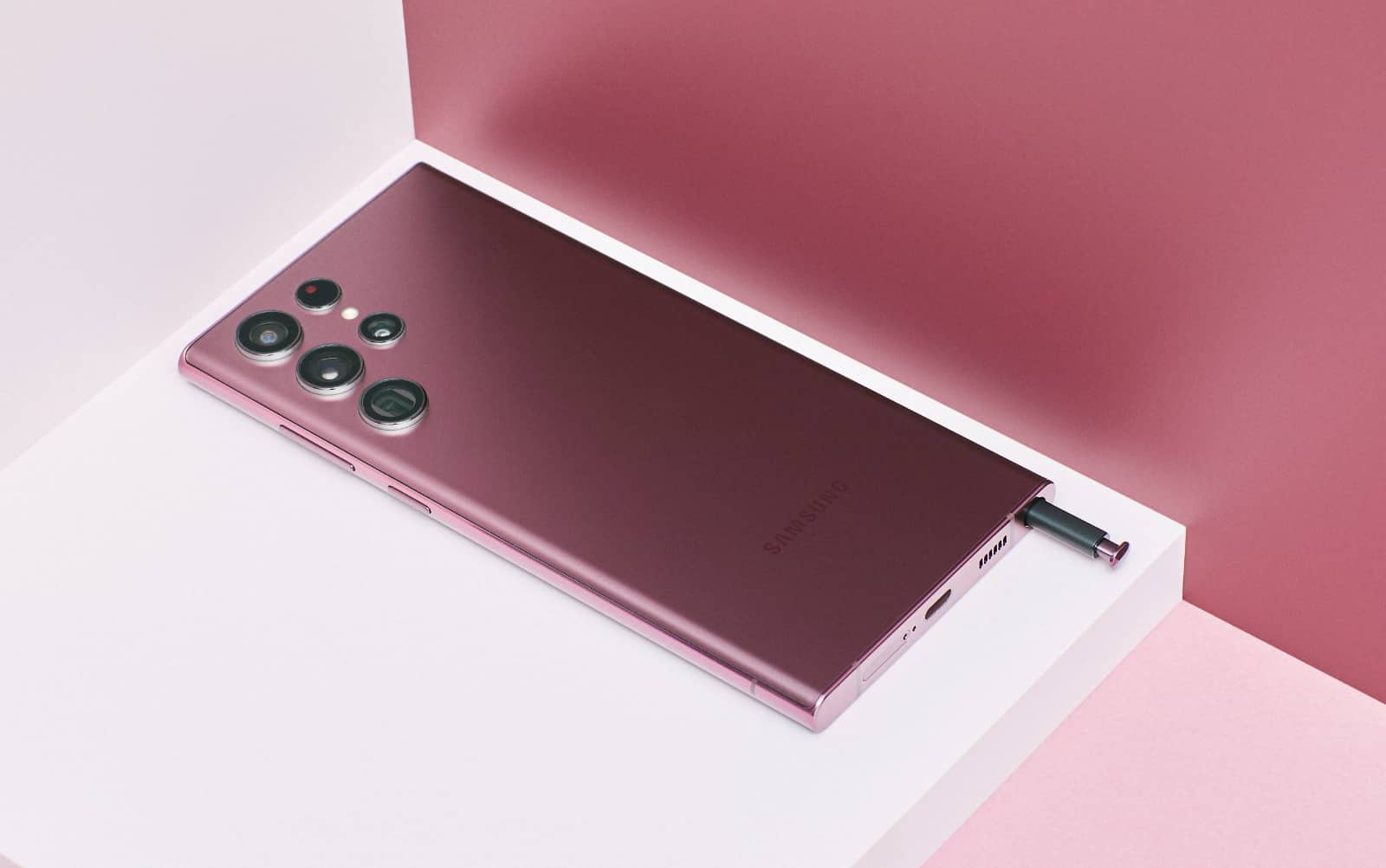 But here in the Galaxy S22 Ultra, you’ll get the S-Pen in the box and body, clicking out like the old model and supporting lower latency, which means a more responsive writing and drawing experience on the screen, an AMOLED display measuring 6.8 inches and supporting a Quad HD+ resolution.

Under the hood, there’s a new processor, either the Qualcomm Snapdragon 8 Gen 1 or Samsung’s Exynos 2200 (depending on where you are in the world), plus a new set of cameras.

Easily one of the biggest features of any new phone, great cameras are one of the main reasons people consider a new phone, and with the iPhone 13 Pro and iPhone 13 Pro Max being so strong, not to mention the quality of the Pixel 6 Pro, Samsung needs to make a dent in 2022.

To that end, Samsung has included what it calls its most powerful camera, sporting a big 108 megapixel sensor measuring the same size as the one in the S21 Ultra, yet sporting some improvements, possibly in how many photosites it has to bring in light, plus some software smarts. 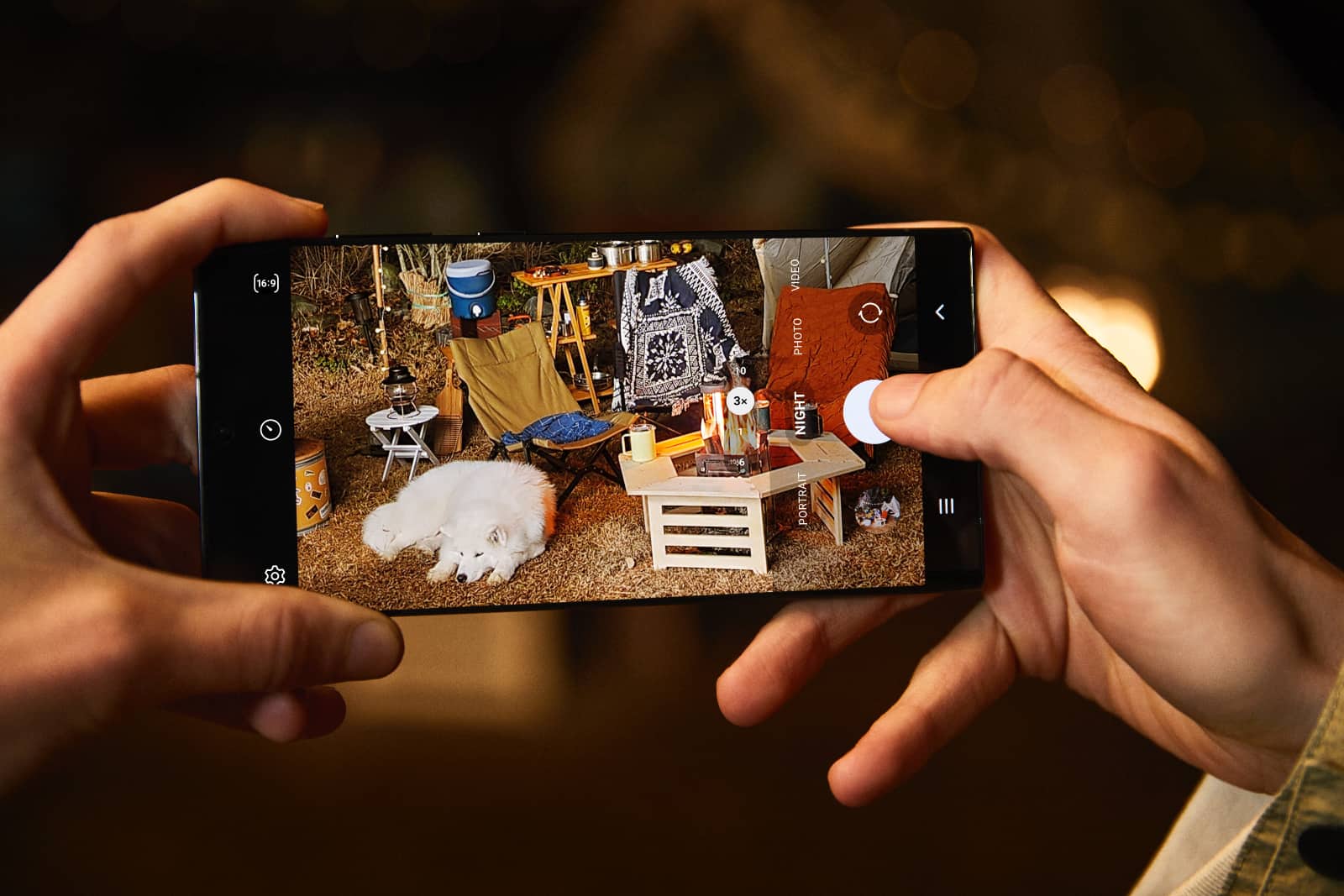 While it’s not that massive 200 megapixel camera Samsung talked about last year, Samsung is touting something it calls “advanced nightography”, a word that’s all about capturing at night likely using bracketing to capture and blend the images for a better result, with the tech working with the big sensor, the F1.8 lens, and AI to let in light and balance the detail for clearer images in the dark.

The 108 megapixel camera is just one part of the package, pairing it with three other cameras similar to last year, including a 12 F2.2 megapixel ultra-wide, a 10 megapixel 3X F2.4 telephoto, plus a 10 megapixel 10X F4.9 telephoto, providing a maximum of 10x optical and a digital zoom equivalent of 100X (Space Zoom), which will probably look like a bunch of pixels, but could be used in a pinch if you had to get really, really close. There’s also a 40 megapixel camera up front.

Samsung will also support RAW images in its Expert RAW app, providing more image control for folks who need it, plus AI-supported camera modes including a portrait mode that leverages artificial intelligence to give images a little more pop.

A Galaxy S22 range without the pen or price

It’s not just a big phone with a pen under the hood and a big price, because Samsung has models for folks who may not need the pen, or that staggering price tag.

Two other models are part of the range, with the S22 and S22+ replacing last year’s S21 and S21+, regular and big equivalents of the standard phone options, and starting from a more wallet friendly price tag of $1249 for the smaller S22 and $1549 for the S22+. 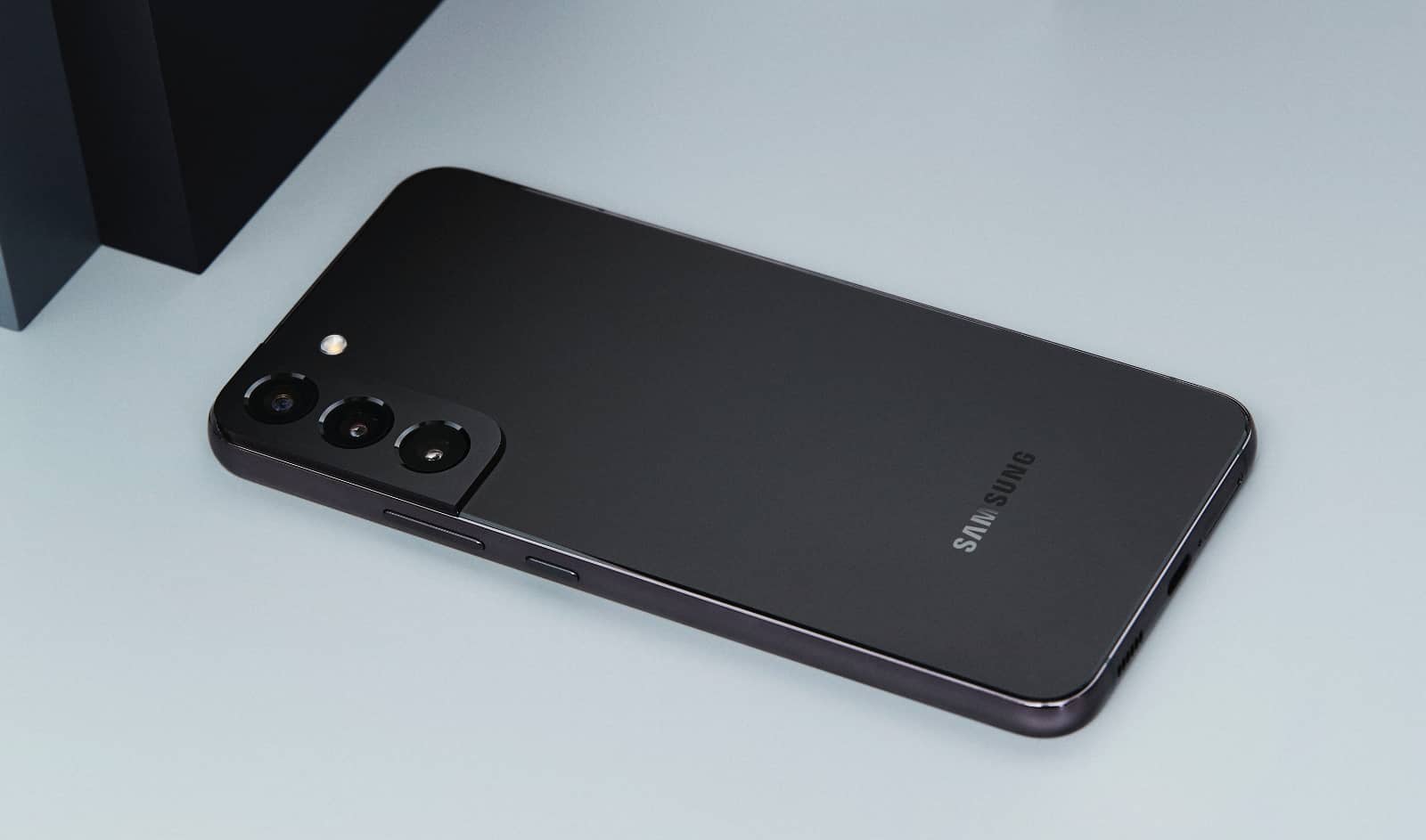 Those models will include some of the developments found in the S22 Ultra, namely that low-light night camera capture, though the S-Pen support isn’t here. Not only is there no S-Pen built into the body of the S22 and S22+, but the screens won’t support the pen, either.

Neither will get that 108 megapixel camera reserved for the S22 Ultra, and the numbers of cameras drops from four to three. Instead, you’ll find a 50 megapixel F1.8 standard camera, a 12 megapixel F2.2 ultra-wide, and a 10 megapixel 3X F2.2, giving the S22 and S22+ part of the “Ultra” package, but clearly not the whole thing.

“S22 and S22+ bring the best for those who want to create dynamic cameras, enhanced image processing and bright displays make for a beautifully designed and powerful smartphone,” said Garry McGregor, Vice President of Samsung in Australia.

“The S22 Ultra brings the very best of S Series and the DNA of Note together in a whole new experience,” he said. “The built-in S-Pen is set to unleash new productivity and creative possibilities.”

Availability for the Galaxy S22 models in Australia

If any of the three models grab you, the good news is you won’t have too long to wait, with March 4 seeing release of the new phones in Australia.