Wish you lived in a bubble of your own sound? For under $200, BlueAnt is hoping its Pump Air Pro can get you enjoying life without excess noise. Does it succeed?

Now that truly wireless sound is everywhere, getting noise cancellation down in price is the goal of many manufacturers. Once a technology that commanded a seriously high price tag, earphones with active noise cancellation are getting more and more affordable.

While some ANC earphones are obviously still expensive, we started to see prices fall last year, with the Nothing Ear 1 setting a low of $149, which were then beaten by the surprisingly good EarFun Air Pro, properly budget noise cancelling earphones that acted almost as a no-frills alternative.

Meanwhile in Australia, one of our local earphone makers is giving inexpensive ANC a go, as BlueAnt launches the Pump Air Pro, a pair of truly wireless earphones with a bit of noise cancellation on-board. Are they worth the $199 price tag, or could you do better? 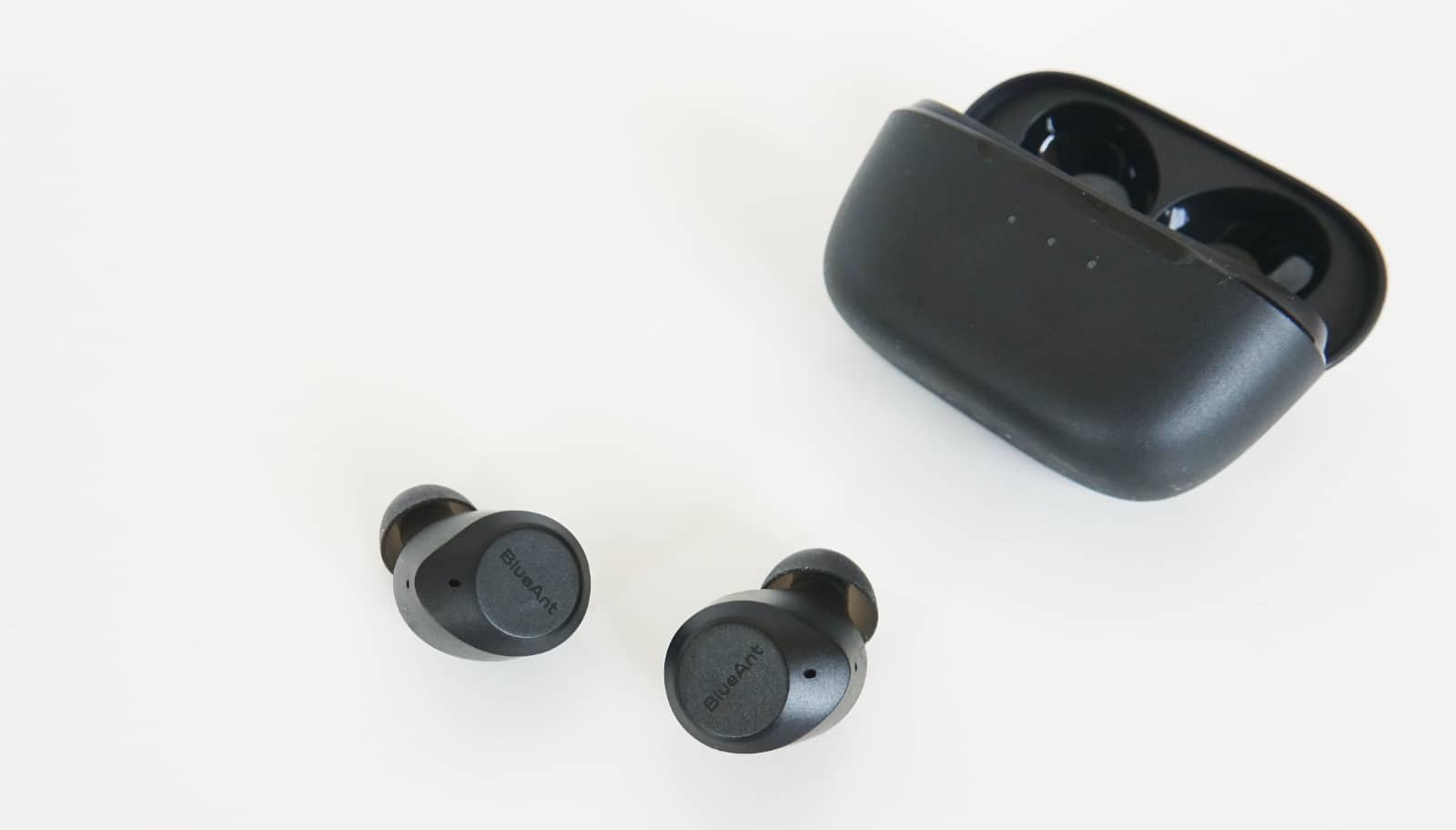 We’ve certainly played with a few models of BlueAnt’s Pump Air in the past, with the Pump Air, Pump Air 2, and more recently the Pump Air X, but the Pro are a little different.

While previous Pump Air models have focused largely on exercise, the Air Pro pumps up the tech by adding noise cancellation, factoring it into a similar design and a surprisingly small rechargeable case for your earphones.

Inside are 12mm drivers, microphones, with support for Bluetooth 5 and IP55 water resistance. BlueAnt hasn’t noted how many microphones there are, so it may not be advanced noise cancellation, but there are three ear-tip sizes to help with the isolation and stability, with both an ANC mode and a transparency mode to let you hear through the Air Pro earphones as you wear them.

There’s as much 35 hours of charge in the case and a max of 8 in the earphones, with support for your voice assistant of choice on the phone, but not through an app, as there is no app. 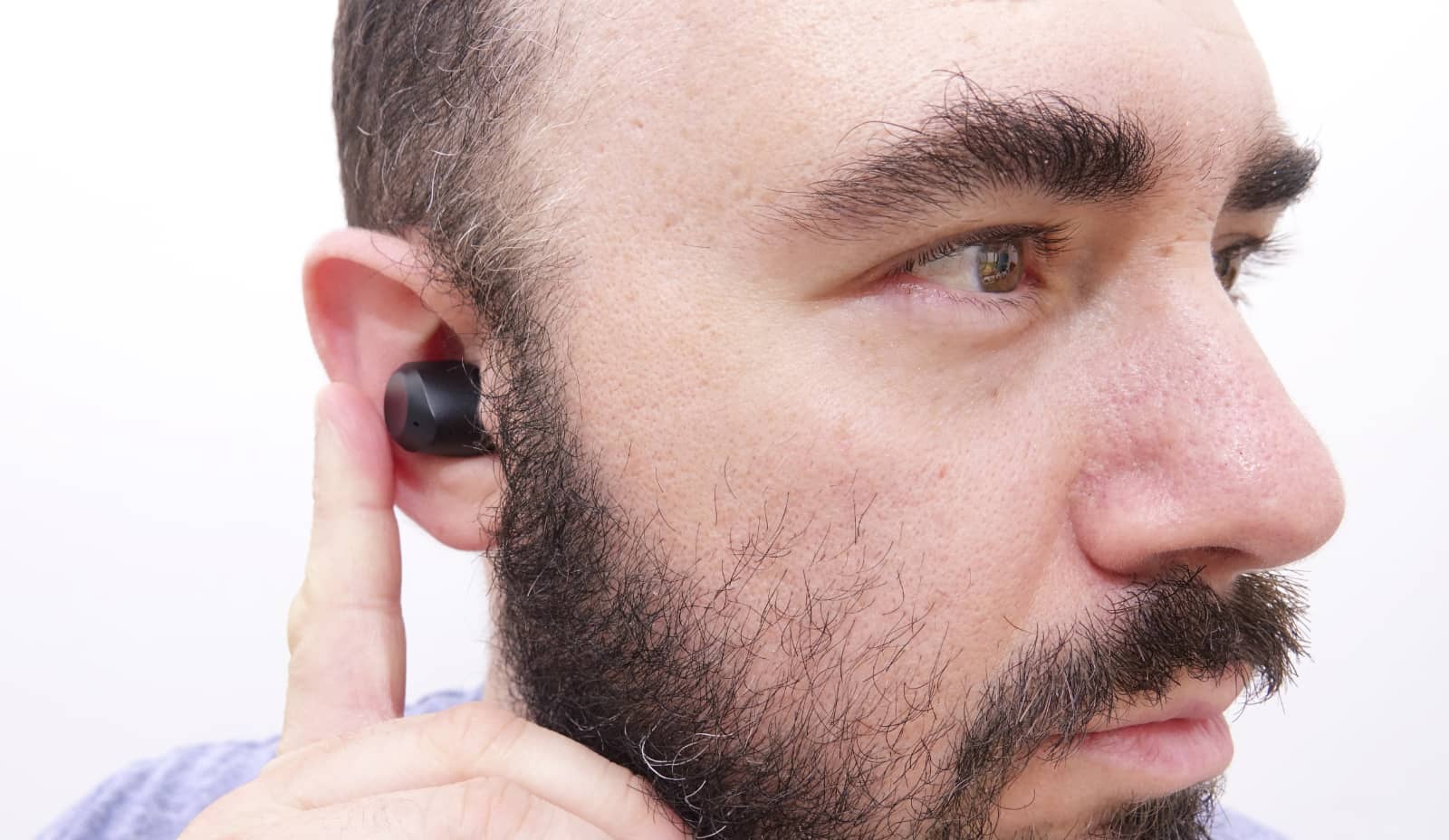 Without an app, you’ll be using the Pump Air Pro much like any other app-less set of earphones: with the controls on the earphones themselves.

That’ll mean tapping the Air Pro for what you want, with a touch sensitive button on each side and the button doing different things. Press the button on the right earbud once for pause and play control, or double click the right to move forward a track, and the left to go back. You can hold the touch panel down on either side for volume control, with the right button held down for increased volume, while the left lowers the volume.

Active noise cancellation is a part of the package, of course, and the controls for that will happen on the left side, with a single tap scrolling between noise cancellation, transparency, and having them all off. Pressing either side once will when a phone call is coming in will answer the call.

And if all of this seems like a dizzying amount of combinations to remember, it’s a little like that. To BlueAnt’s credit, much of this is fairly normal for truly wireless earphones, but we’d have loved to see an app to let you define those controls, or even let you trigger some of them in software. Memorisation of controls isn’t always super fun, and while some of this will naturally become muscle memory, it’s still something you’re going to have to think about.

About the only thing the controls have going for them is the fact that the button is more or less just a touch pad, and while it’s not the sort that caters for tiny gestures, it is a lot easier to press than some of the harder buttons we’ve found on competing earphones. However, it can be easy to accidentally trigger some of the other functions, such as holding your finger down and turning up the volume when you meant to do something else. 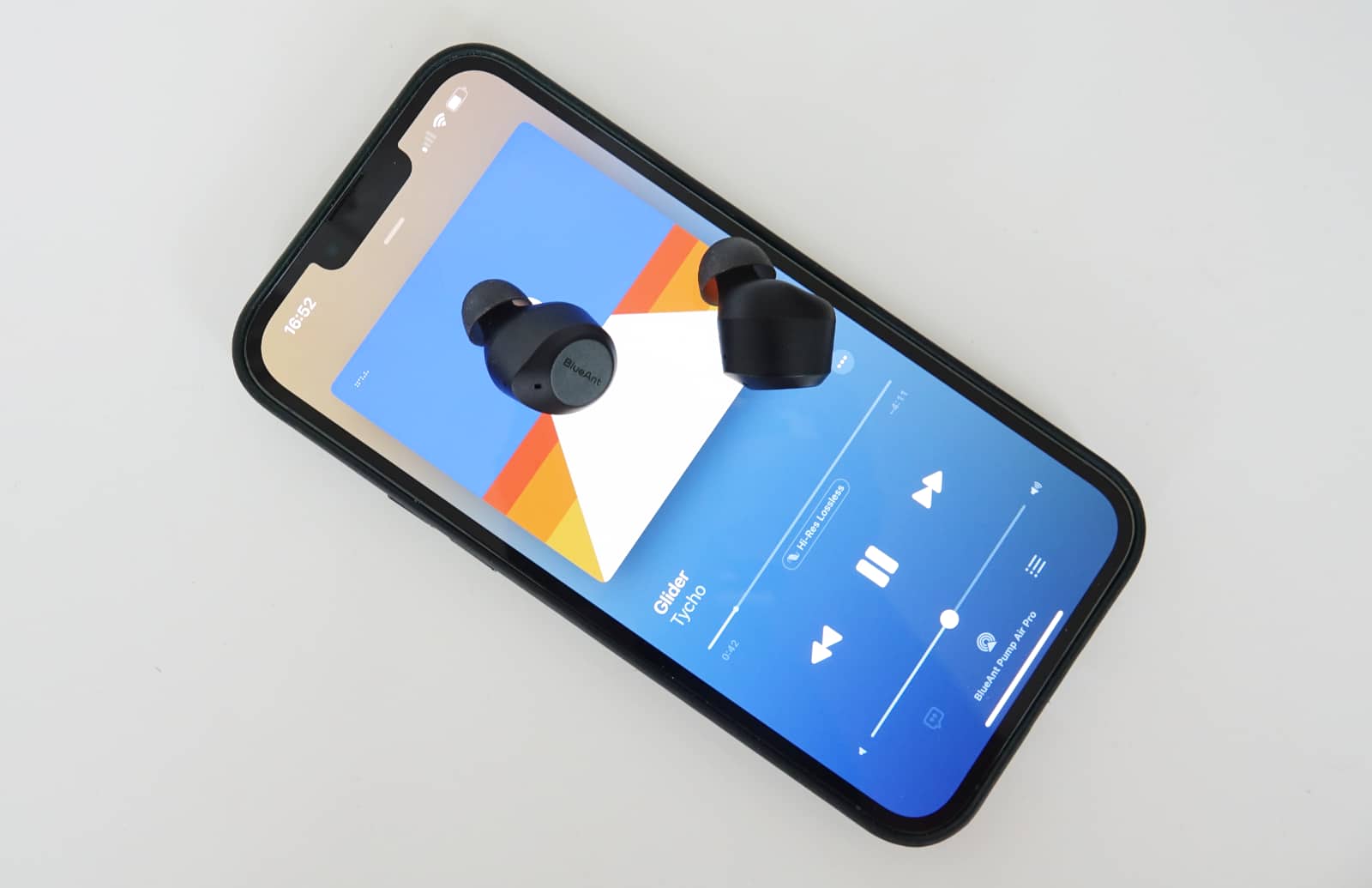 Once you’re through that, you can get stuck into the sound. As usual, we’re getting stuck in with the Pickr Sound Test, which you can listen to for yourself on Spotify, Apple Music, YouTube Music, and Tidal, if you like. It provides a sense of balance for how we test, which is actually what we’re looking for.

And starting off with the electronic sounds of Tycho and Daft Punk, the balance we crave is actually slightly missing in action. There’s a strong punch for bass and a surprisingly warm sound that emphasises the mids, but the sound reads as shallow and restrained, particularly in the highs.

Even going into pop and R&B, renditions of Ariana Grande’s “Into You” reads as warm, while Mark Ronson’s “Uptown Funk” is punchy, but the mids and highs feels restrained.

It’s a similar feeling when we hear Muse and Rage Against The Machine, with some punchy sound at the bottom end — great for folks who like an earthy sound — but a miss on the overall balance, and no way to tweak it obviously without an app. There’s a lack of dynamism in the highs that we crave, and that’s a bit of a shame. 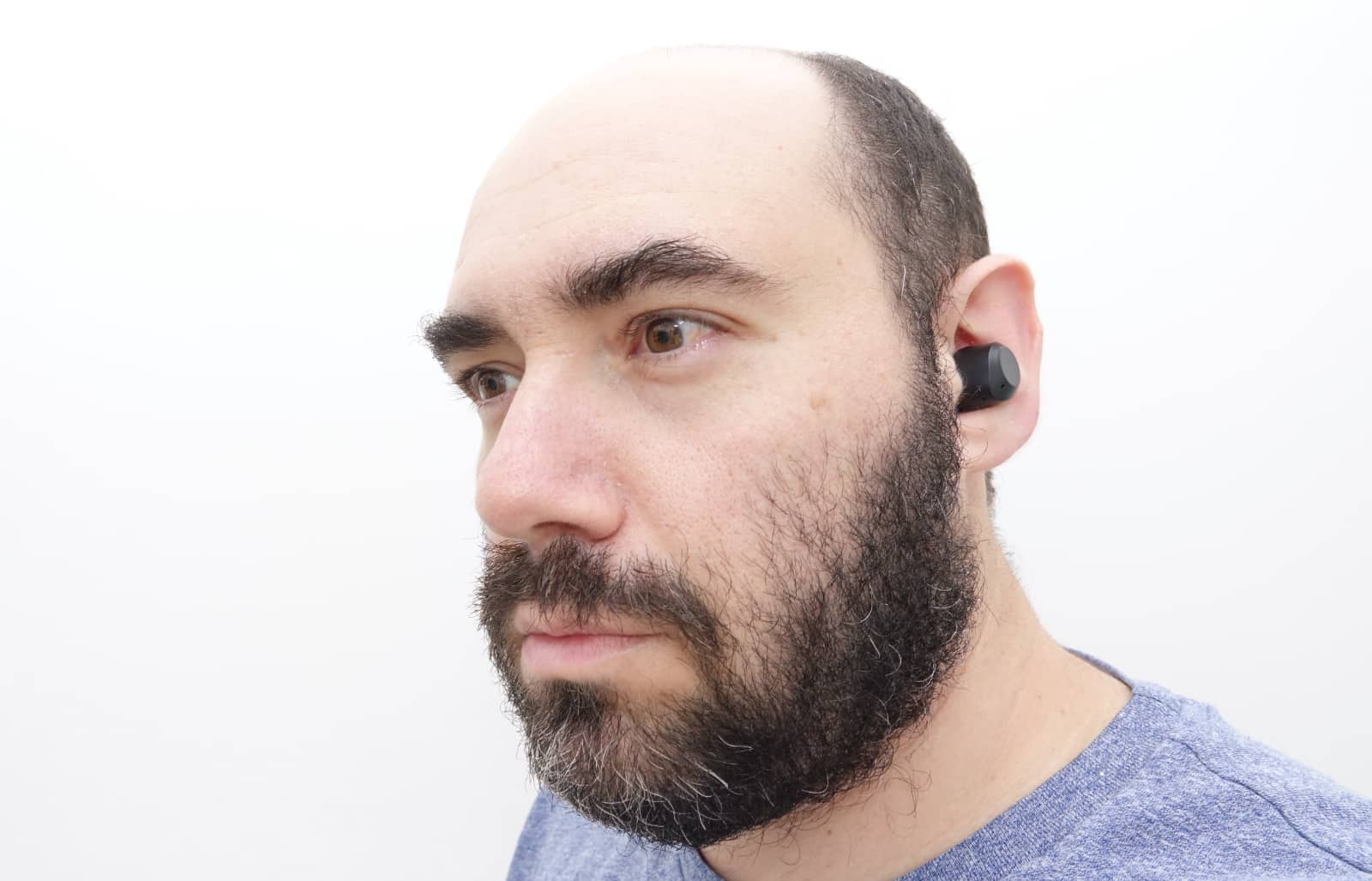 The max of 35 hours on offer from the Pump Air Pro is at least a solid amount of life for the earphones, and the up to 8 in each earphone is fairly strong, too, though it’s dependent on volume. If you push past the 50 percent level, aside for being slightly hard of hearing (because they’re fairly loud as it is), your battery life will drop.

Overall, we found we could hit a good six hours of constant use without any problems, and expected a little more out, so that expectation of eight isn’t out of kilter.

Of particularly note, though, is that case, because BlueAnt may have crafted one of the smallest cases for a pair of ANC earphones. It is so pocketable, it’s crazy, and a great feature. 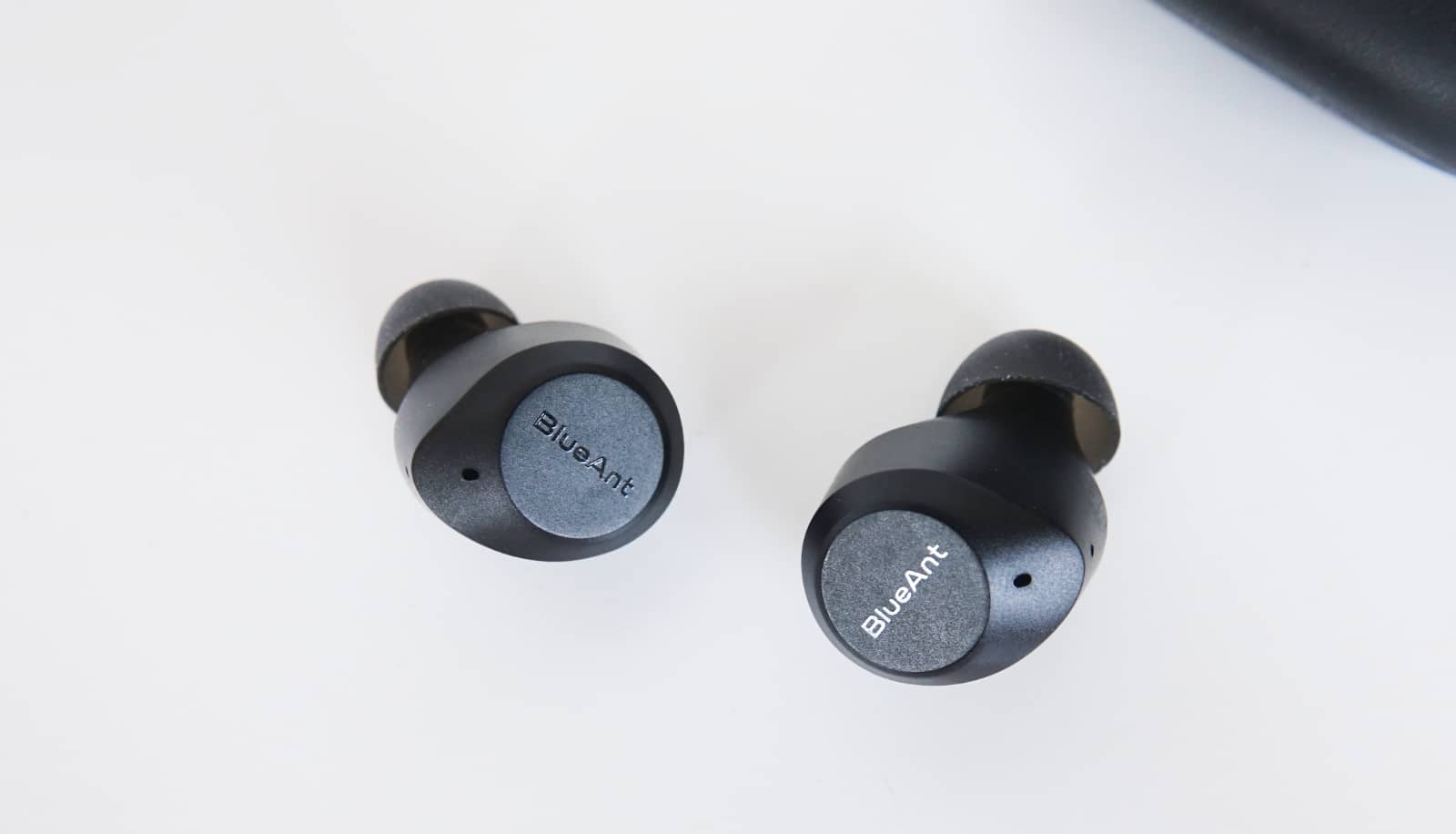 Priced at $199, BlueAnt has found an interesting middle ground for its compact noise cancelling earphones, but it mightn’t be enough. With both Nothing and EarFun beating BlueAnt by a fair amount, and Jabra’s Elite 4 Active also managing to undercut BlueAnt’s earphones, the $199 price of the Pump Air Pro is still interesting, but not as compelling as it might initially seem.

We’ve seen BlueAnt cut the price down to $179 at points, and that’s a little better, but given the performance on offer, we’d say these need to edge closer to the $150 mark, and fast.

And while that price needs a bit of work, it’s not the only thing that does, with the sound a touch shallow.

Whatever style of music we ran through the Pump Air Pro ended up coming off a touch shallow and restrained, while the noise cancellation felt entry-level, quelling noise slightly, but not having that overall bubble of sound the category often implies. It should be totally fine for air travel and even for trains, but it doesn’t have the strength of better ANC earphones, such as Sony’s WF-1000XM4, Sennheiser’s Momentum True 2, or the Bose QuietComfort Earbuds.

An app would have possibly fixed some of these, as it could have provided the ability to tweak or customise that cancellation, or even the built-in EQ of the earphones, bringing back quest for balance we’re on to the front of mind.

If you’re into bassy earphones with a hint of ANC at a budget price, there may be something here for you, as these kind of feel a little like the newer take of Altec’s bass-heavy earphones from a few years ago.

As for balance and strength overall, we think BlueAnt needs to tweak things just that little bit more. 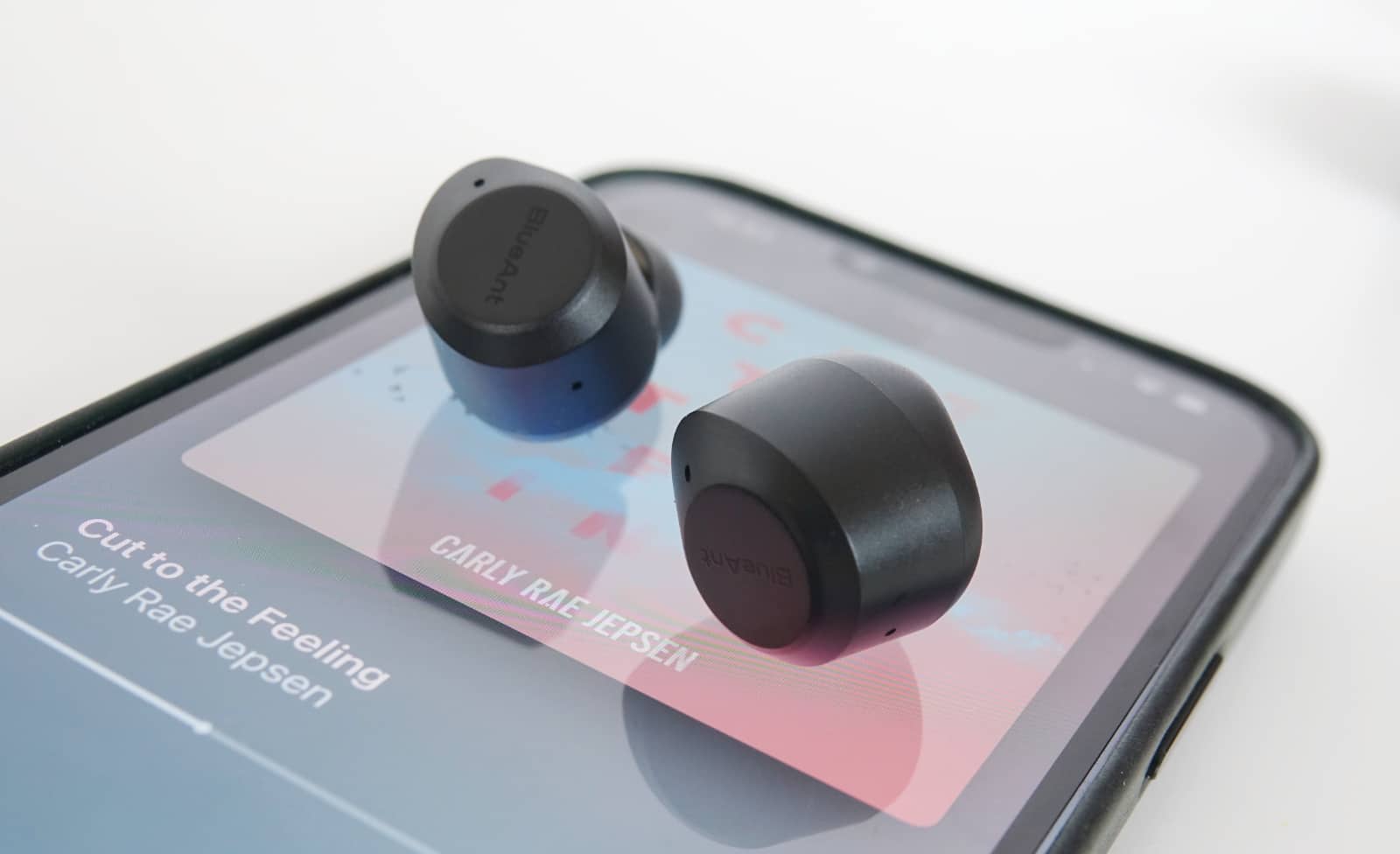 Slightly warm and inexpensive, the BlueAnt Pump Air Pro offers an interesting starting point for one of Australia’s sound makers.

There are things the company needs to do in version two to really extract a better sound out of the earphones, but if bass and a little bit of noise cancellation is what you’re after, there’s something to be had here. 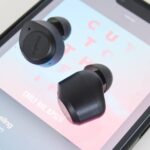