Australia’s BlueAnt is known for bringing audio at a bargain level price, but the Pump Air X earphones do more than just impress your wallet, winning on battery life, too.

There’s no shortage of wireless earphone options in Australia, particularly in the totally cordless and wireless world, but few of these are focused on fitness and value, with the two not always connecting. Something made for fitness won’t always make a play for value, often sending customers close to $300 territory, the part of the earphone market typically focused on noise cancellation.

But there are brands trying to play in both, to cross both areas, and Australia’s BlueAnt is one of them. A smaller technology house and one you mightn’t have heard of, its Pump Air line has delivered wireless and cordless earphones at a slightly lower price than some of the competitors, and with some steadily improving sound.

In its latest earphones, the BlueAnt Pump Air X, the focus isn’t so much on making the sound better, but bolstering the battery entirely. Supporting over 60 hours, the Pump Air X might just be battery brilliance at a bargain price. 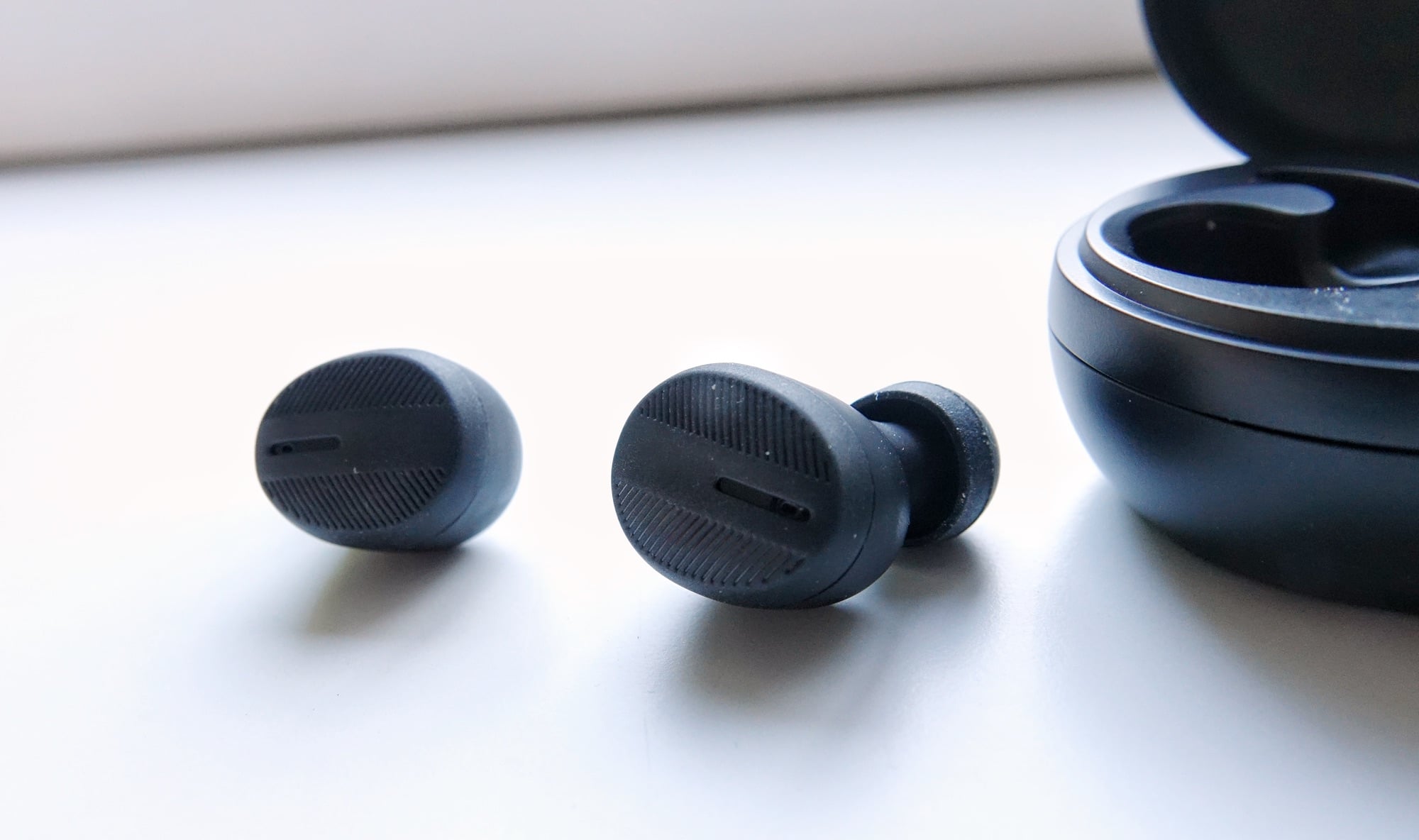 It’s technically the third generation of BlueAnt’s in-earphones, the Pump Air, following last year’s Pump Air 2, and we’re seeing a slight change in design, though you might call it more of a refinement.

The approach is still a relatively thick and ovular shape, but with a pattern that resembles more lines and gills on the front, complete with the tip for the ear. BlueAnt has also added support for wings to hold the earphones in place if you need them, plus several tip varieties for the earphones, including Comply foam tips, too.

BlueAnt’s Pump Air X arrives with a rechargeable case, which itself includes support for wireless charging or charging over USB Type C. The earphones are also IP67 water resistant, though you shouldn’t submerge the case. 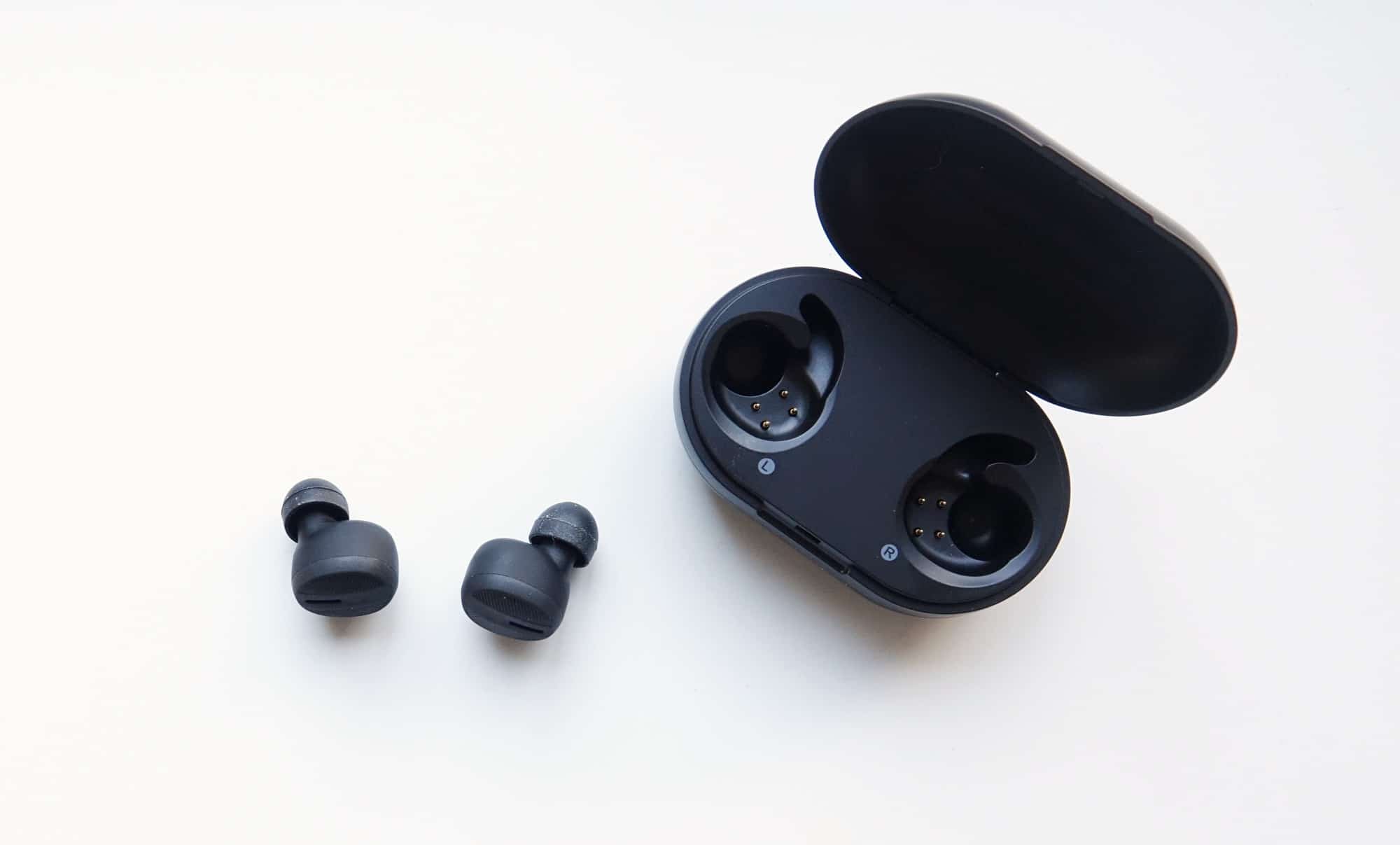 Using the BlueAnt Pump Air X won’t require much skill, and that’s thanks to the simplicity of controls. That’s both a good and a bad thing, though: good because it highlights the one-button design being simple and easy to use, but bad because there’s not a lot of complexity to the feature set.

It means you can press the button on either side of the earphones once to stop the sound and again to start it up, while a double tap does the track control for moving the playlist forward, and a triple tap will trigger the voice assistant on that device.

That’s it. That’s literally the most you’ll get out of the Pump Air X, which lack features other earphones might have, such as ambient sound, noise cancellation, volume settings, or touch controls. This is just one button on each side. It’s not rocket science, but it’s also not remarkably premium. 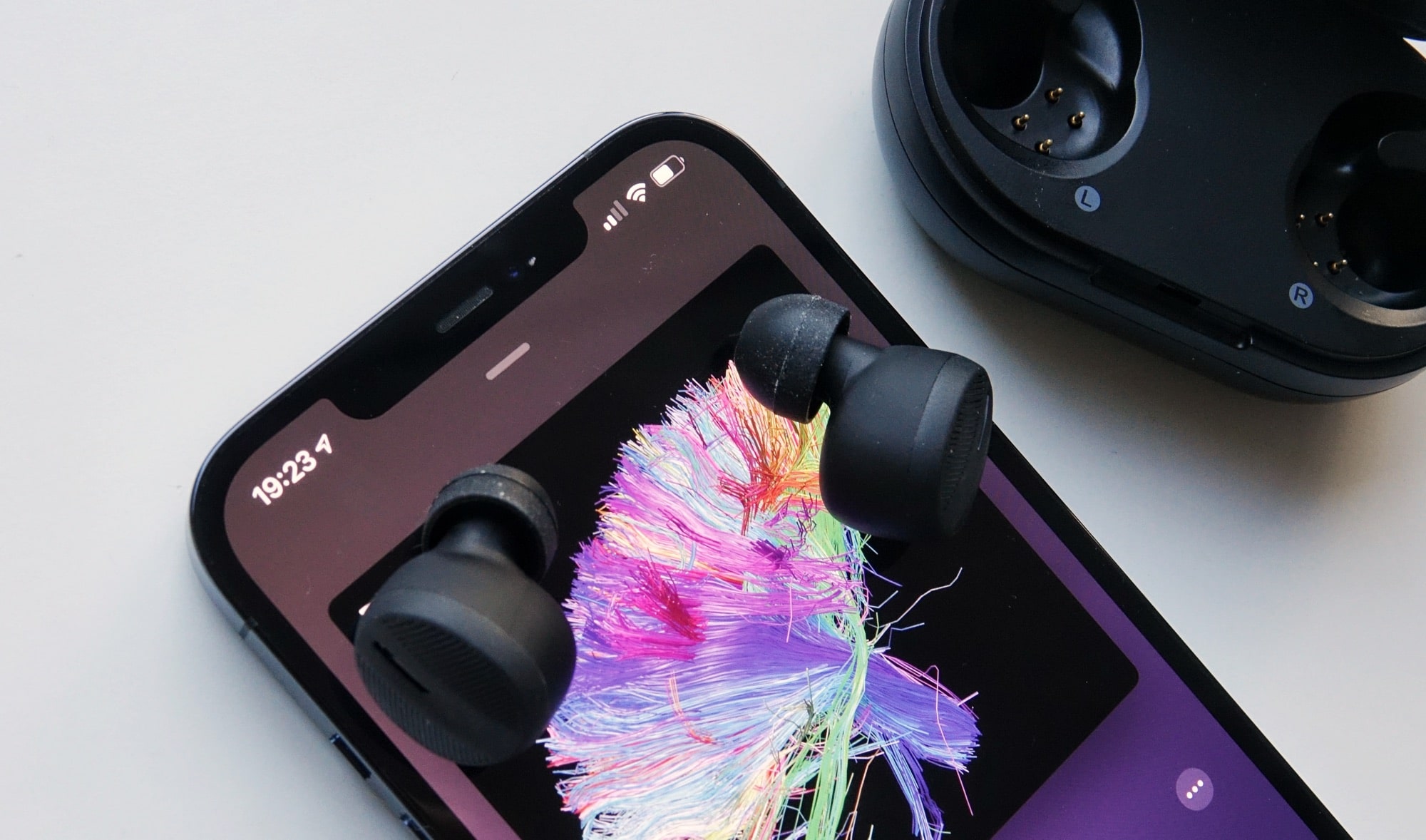 Fortunately it doesn’t have to be, though we’re always hopeful for the sound to be solid.

We’ve seen two other iterations of the Pump Air so far, the original Pump Air back in 2018, and then the Pump Air 2 last year, so we’ve definitely experienced how BlueAnt engineers its earphones once before, vying for balance, but often getting just shy of it. Will it achieve it in 2020?

To find out, we’re testing the Pump Air X with the Pickr Sound Test, which you can test for yourself on Spotify, Apple Music, YouTube Music, and Tidal, and that, as always, starts with electronic.

Starting with the likes of Tycho and Daft Punk, we get an experience that’s initially not unlike last year’s Pump Air 2, with a fairly solid balance, offering decent highs and a crack of bass. You can hear the impact of the bass drops in both Tycho’s “Glider” and Daft Punk’s “Contact”, and while highs lead, the result still comes across as fairly balanced in these test tracks. 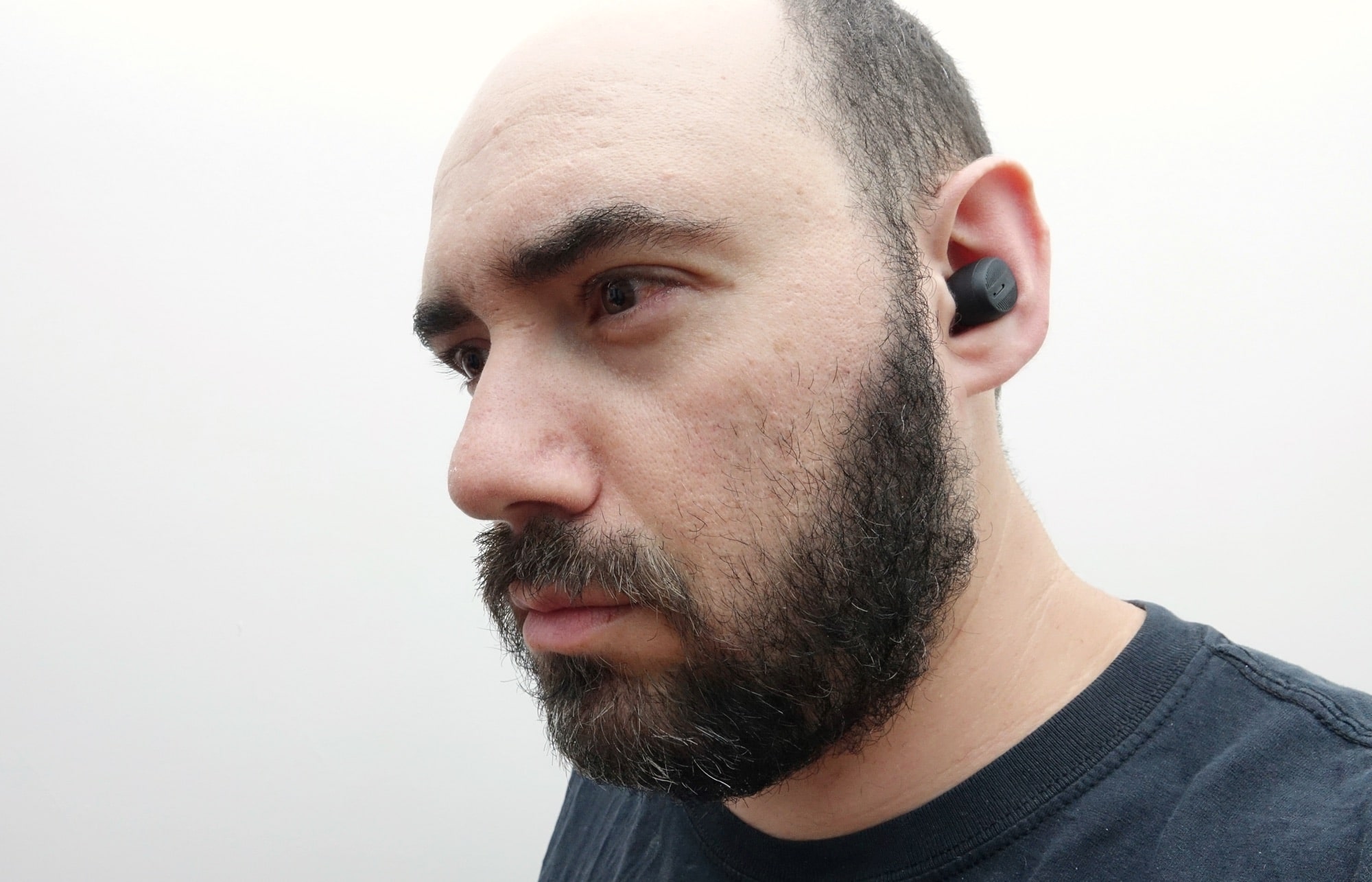 To R&B and soul, we watched that balance take a bit of a backseat, seeing the punch in Mark Ronson’s “Uptown Funk” fall a little flat when it’s not driven hard, much like in Charlie Puth’s “Done For Me”, which delivers balanced, but not nuanced, mids and highs. Some of the deep bass offered by Puth can be heard, but lacks the same punch it did in electronic, kicking in only when the sounds are more overpowered. You’ll still hear some bass if it’s not been pushed to 11 — not much, but some — but if it has, the bass feels much better.

In rock, you can begin to see why the bass can feel a little lacklustre when it’s not been engineered to be overly harsh or edgy. Simply put, in some stylings, it can be harder to pick up on it, with mostly mids and highs in Muse, the Deftones, and Bowie, but a little more punch offered from the likes of Rage Against the Machine.

It’s a similar feeling of reduction of bass in jazz and classical, with the overall lack of a bottom end meaning you may miss out on some of the details, though it’s still a comfortable sound altogether.

Given fitness is the primary focus of the BlueAnt Pump Air X, we’d hazard a guess that much of the music on offer would likely have some over-emphasised bass already, and that’s something these earphones can clearly take advantage of, playing that bass as if it’s normal, not just overpowered.

All up, it’s a reasonable effort from the Pump Air X, though not a dramatic difference from what we’ve seen prior. Good enough in the sound department, but you can easily find better sound about the place. 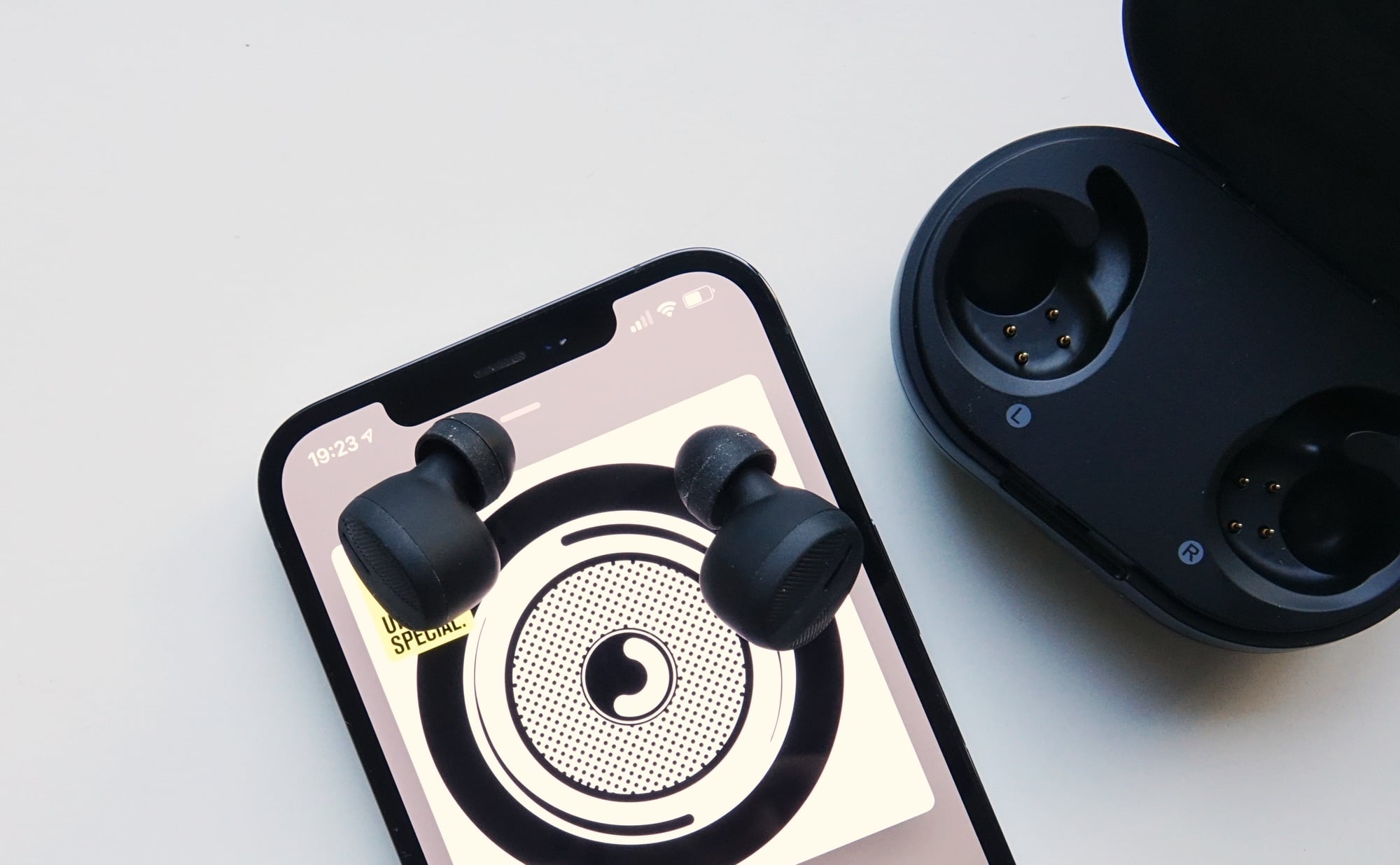 The somewhat decent performance is married to a very impressive battery, and not just on the earphones, but rather the case.

Six hours is a lot of use for earphones, and while we doubt you’ll be on a run that long, we kept the earphones going for a few hours and threw them back into the case for charging throughout a week, with no need to charge the case at all for that week.

That’s a staggering result for wireless earphones, which typically max out around 20 to 30 hours for a case, but don’t venture to the 60 mark, and all in a case that can be charged wirelessly on a standard Qi wireless charger. Yikes. 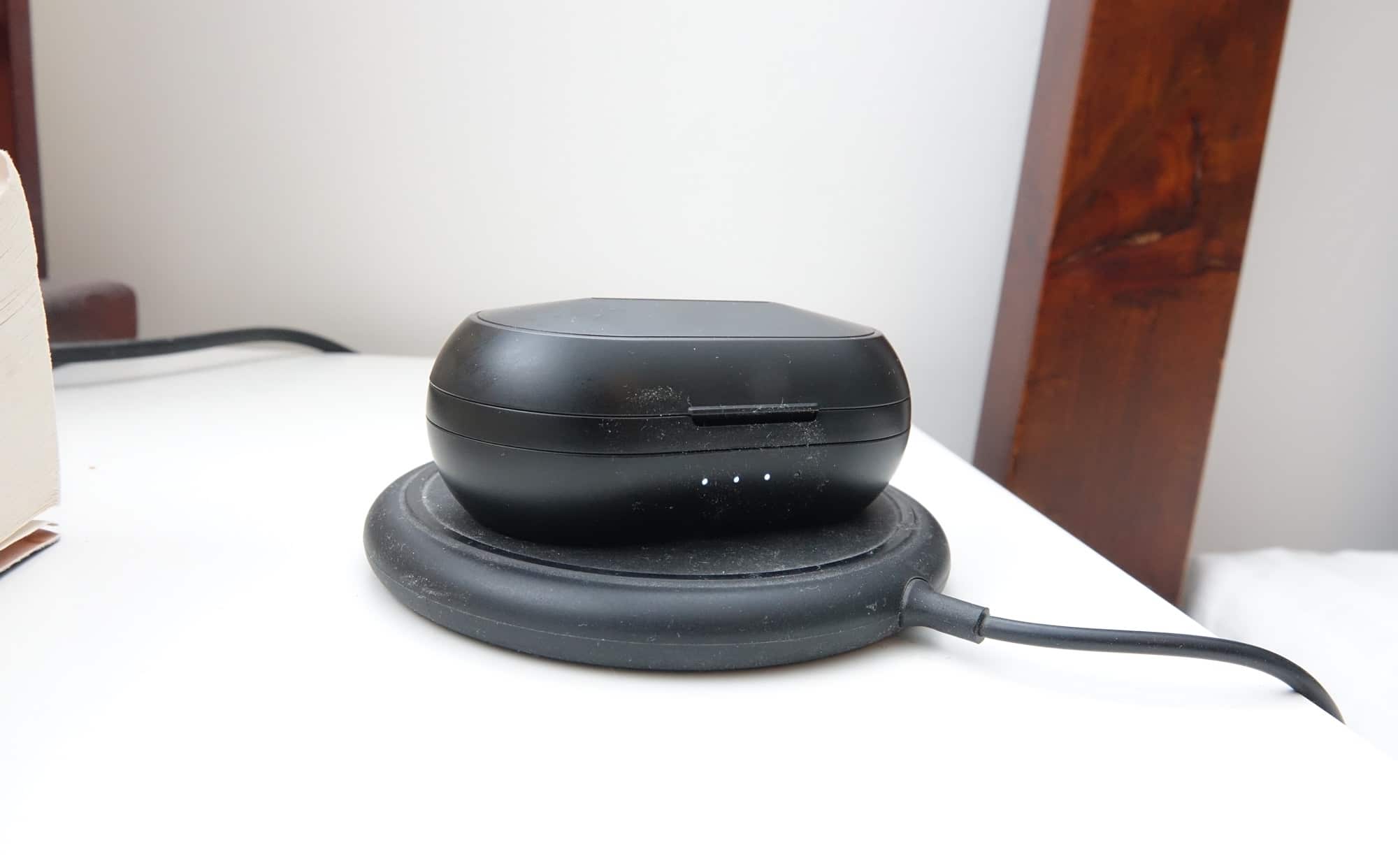 All of this comes in at a $229 price, which is relatively sound for what you get. We’ve not seen battery life stretch this far for a pair of earphones, so while the sound may need a bit of work, it’s still a pretty decent deal all the same.

There’s good value here in the Pump Air X, with a pair of earphones that delivers decent sound and excellent battery life, two things we crave.

But it’s not entirely perfect on planet BlueAnt, and there are some things missing in action in this pair of earphones.

Simply put, it’s what hasn’t been included that would give us pause, especially given how crowded the market can feel when you start to look around at other earphones.

Move about $30 more in cost and you’ll find Oppo’s excellent noise cancelling Enco W51, a pair that delivers value in spades as well. The lack of noise cancellation here is a touch annoying, especially given some fitness-focused earphones are including it lately, but our concern rests more on the lack of ambient sound.

Even without noise cancellation, being able to channel the outside world back through the earphones is the sort of feature we’d crave and largely expect these days. But it’s also a feature missing in action on the BlueAnt Pump Air X, as these are basically just long-lasting fitness-friendly earphones without as much impactful bass as we’d like. 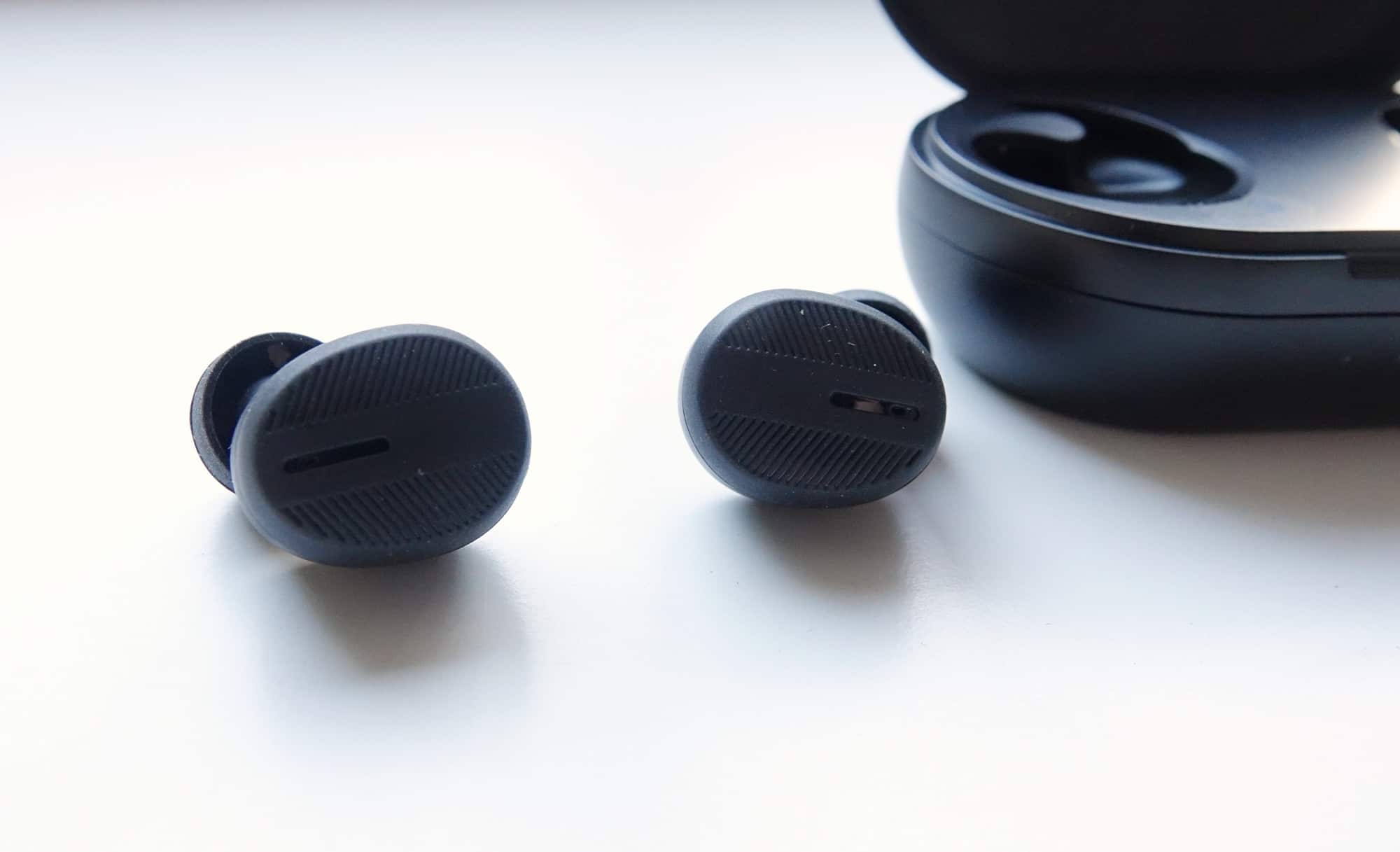 There’s nothing wrong with having a focus, mind you.

There are still plenty of other earphones options out there — that won’t change — but BlueAnt puts up a good fight and shows what’s so interesting about its earphones, and a battery that delivers with battery brilliance makes this an easy story to tell. Simply put, they’re a great option for people who don’t want to worry about battery life. Worth checking out. 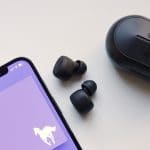