Owners of an Apple Watch, AirPods, and a recent iPhone model now have a stand specifically made for their combo from Belkin in the MagSafe Boost Charge Pro 3-in-1. Kinda sorta.

Ever since Apple re-introduced MagSafe inside the iPhone 12 range, we’ve been keen to see devices use it. The technology is simple enough, and is basically a combination of the Qi wireless charging standard and a circle of magnets to hold a device in place, and provide an optimal charging process over wireless.

The idea is simple enough, and means specific devices can take advantage, but clearly not everything.

In 2021, that includes the iPhone 12 range, because they’re the first phones with MagSafe built in. That gives plenty of people a MagSafe phone, but what about the device to charge from? Sadly, they’re a little rarer.

But they’re finally coming out, and Belkin has one of the first to launch outside of Apple’s own MagSafe charger, releasing a 3-in-1 Boost Charge Pro alongside a 2-in-1, able to charge an iPhone, an Apple Watch, and a pair of AirPods, too. At a little over $200, the Boost Charge Pro 3-in-1 might even be one the more useful accessories for the modern iPhone owner, too.

Is it worth the price of admission, or would you do better bringing your own cables for the ride? 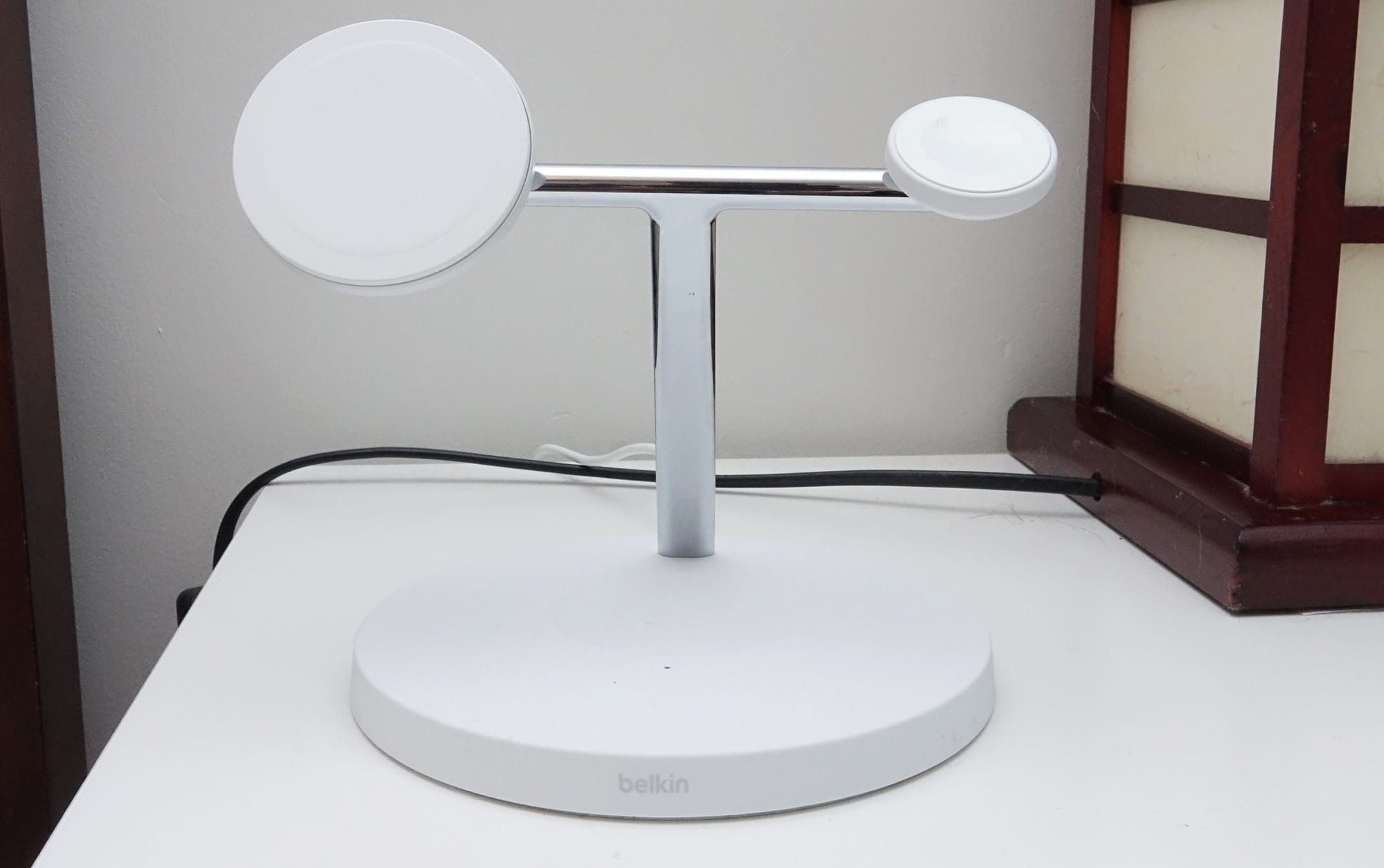 Belkin’s latest desktop charger, the MagSafe Boost Charge Pro 3-in-1 is a stand-up charger with three specific sections: a MagSafe phone charging port, an Apple Watch charging port, and a little spot below on the base itself for charging wireless earphones.

There’s not a lot of complexity here, and it’s basically a metal arm connecting the iPhone and Apple Watch chargers to a plastic base, which is where the earphone charging pad is. There’s only one power adaptor and no buttons.

You just plug it in, and the MagSafe Boost Charge Pro 3-in-1 is good to go. Attach your phone, Apple Watch, and earphones, and they’ll charge. 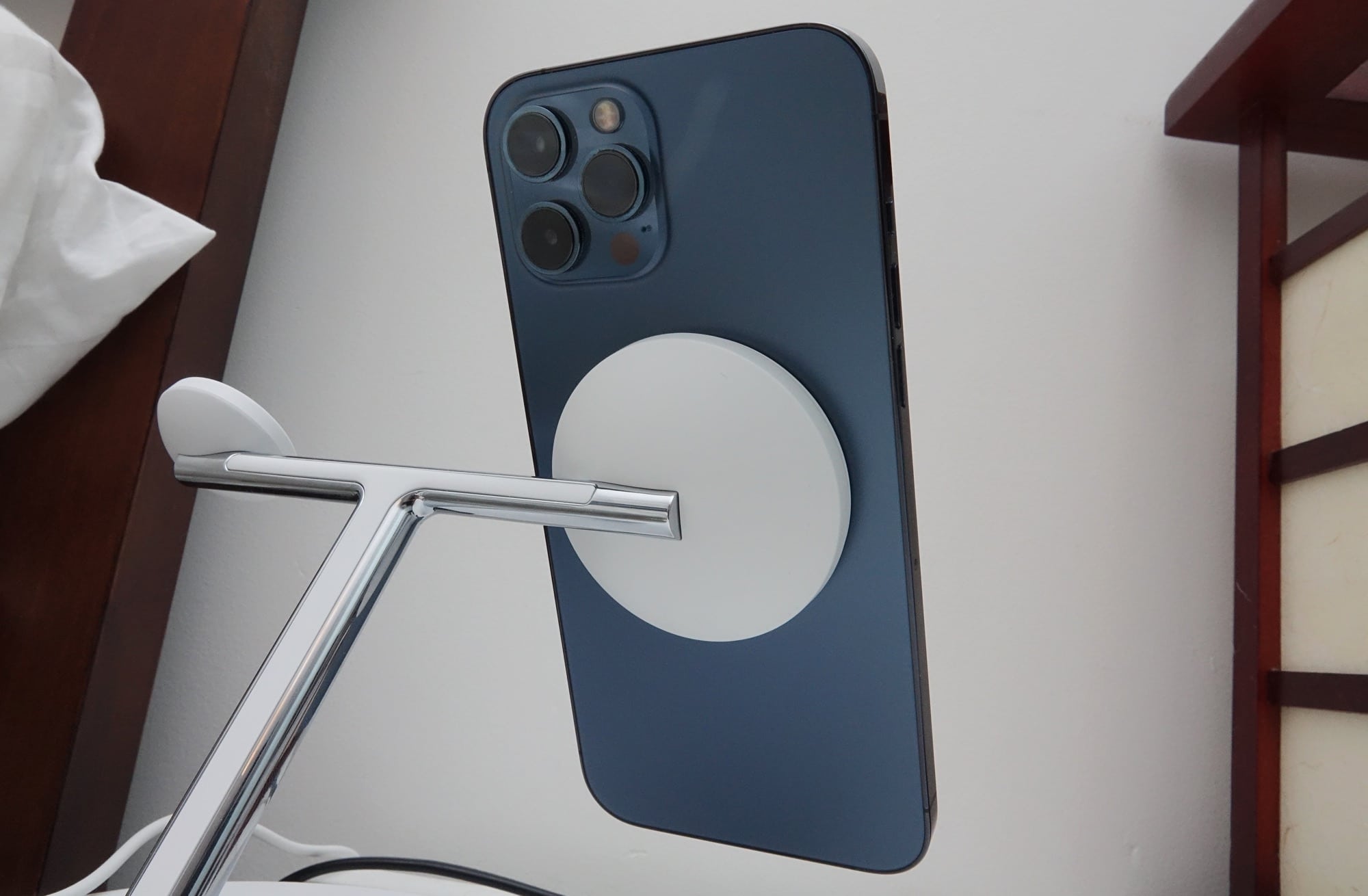 Of course, you don’t need to throw them on all at once. You can choose to do it whenever you want, because this is a charger. Charge one, two, or all three, dealer’s choice.

That’s all the Belkin MagSafe Boost Charge Pro 3-in-1 does, charging a few devices and holding them off the ground. Basically, this charges with style.

About the only point of difference is the MagSafe iPhone charger, which allows you to position the iPhone however you want: portrait, landscape, or any other way so long as the magnet holds it in position. 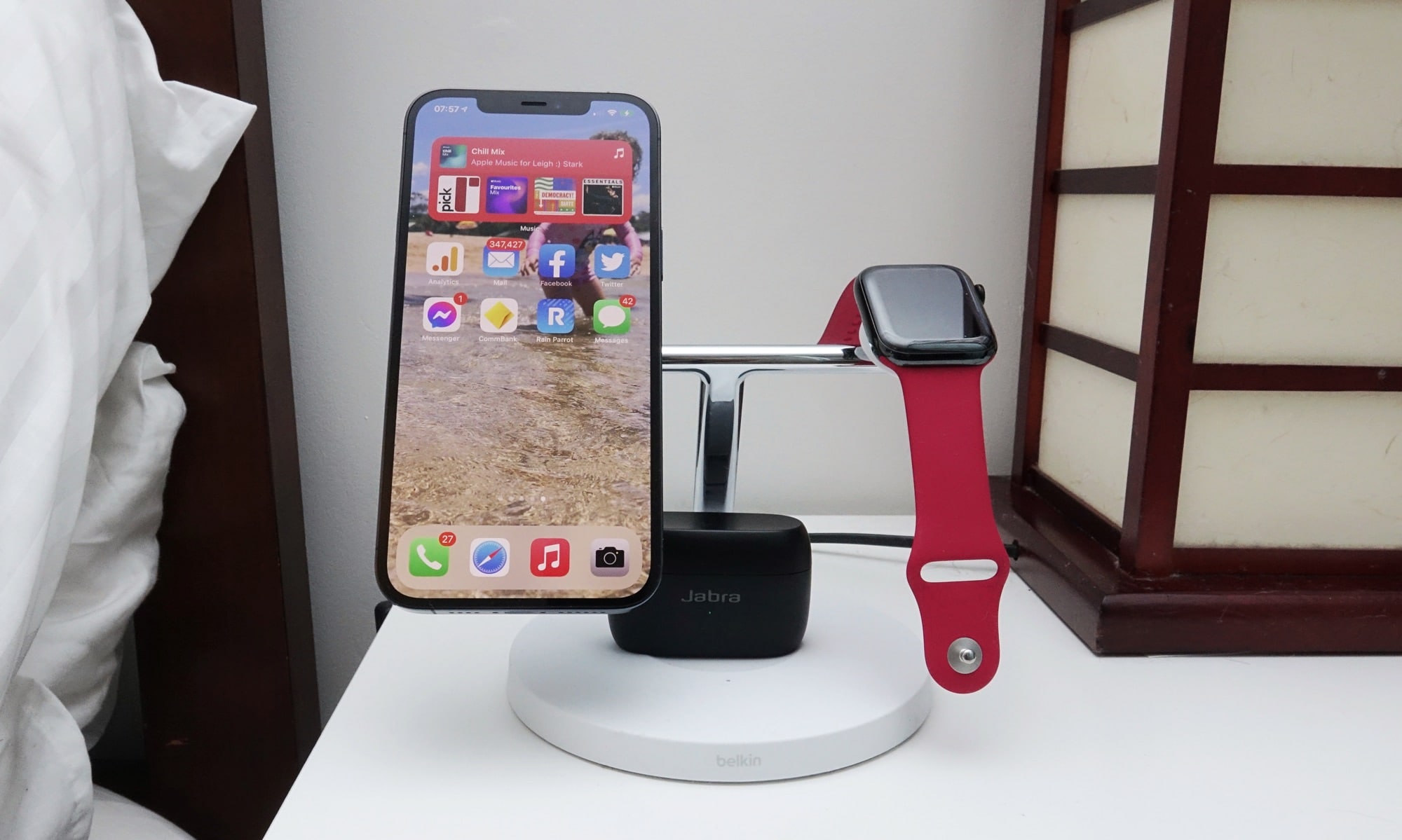 And hold your devices it definitely does, lifting them off the table, provided you have the right gear.

As of the time this review of the Belkin MagSafe Boost Charge Pro 3-in-1 was published, that meant you needed either an iPhone 12, iPhone 12 Mini, iPhone 12 Pro, or iPhone 12 Pro Max for the phone, an Apple Watch for the watch port — any will do, because it’s been the same port since it first came out — and then any pair of earphones with a wirelessly charged case for the bottom charging spot.

There’s a lot more variation for the earphones, mind you, because earphones with Qi charge cases are very normal these days, and include the Apple AirPods Pro and the 2nd gen Apple AirPods, as well as the Jabra Elite 85t, Oppo Enco W51, Bose QuietComfort Earbuds, and a whole bunch of others.

Simply put, the Belkin MagSafe 3-in-1 does what you’d expect it to do, charging devices with ease. 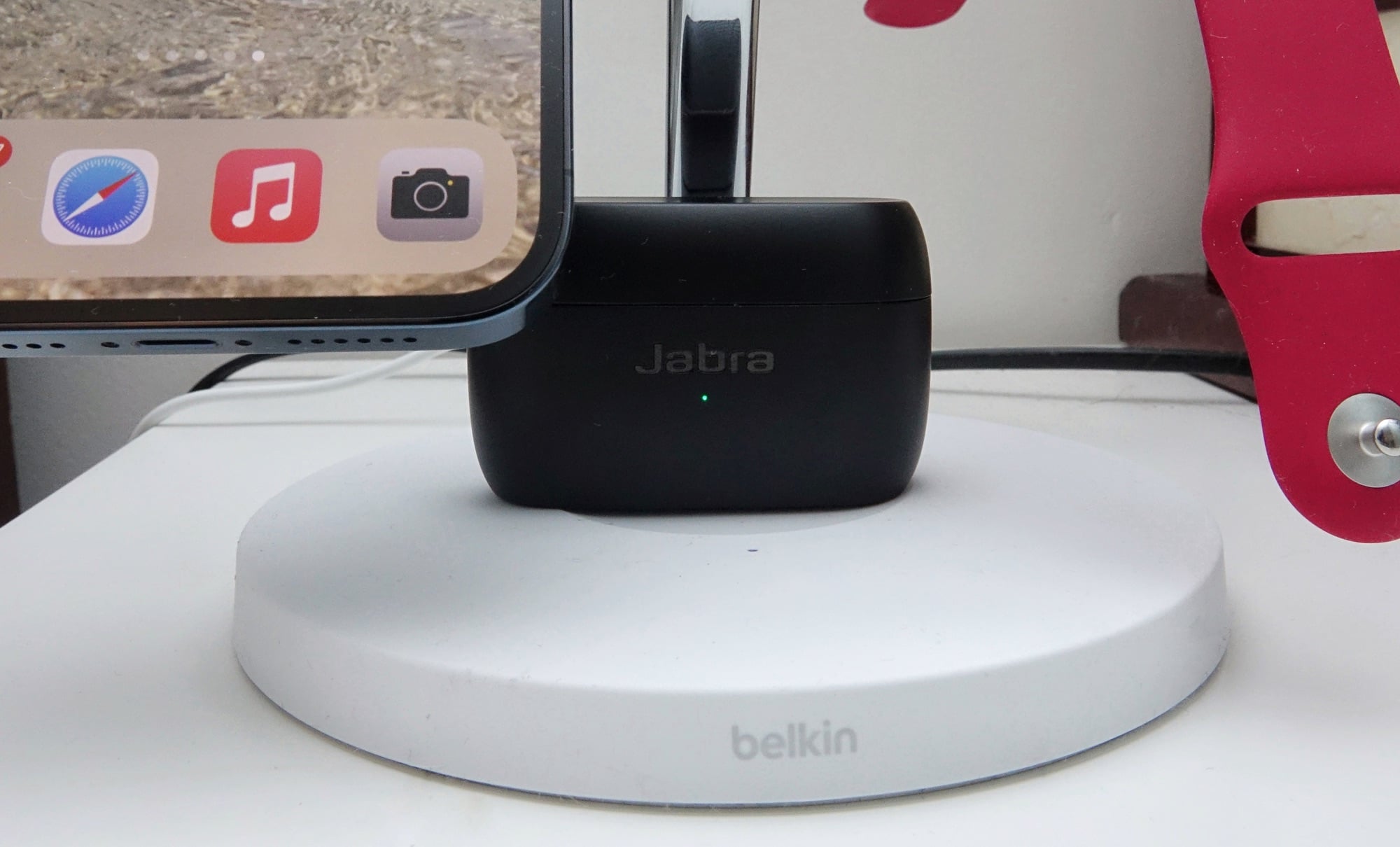 But it’s not quite the same as the old model, which was a wireless charging stand that could handle nearly any phone that supported wireless charging, simply by standing it up against it. The Apple Watch port was the same, and only worked with an Apple Watch, but there was also another feature we loved that’s missing in action here: the removal of a USB port.

On the old model, the Belkin Boost Up Wireless Charger, there was a USB port for plugging in another device, such as earphones or something else. Belkin would probably argue this is now irrelevant given that port would more often than not be used to charge earphones, and wirelessly charged earphones are clearly supported on this 3-in-1. However it’s worth noting that not every pair of headphones you might buy supports wireless charging.

Take the Apple AirPods Max, which are Apple’s most premium pair of headphones: they’re lovely, but they don’t support wireless charging. If you have a pair of these, you can’t charge them using the 3-in-1 MagSafe Boost Charge Pro, because not only do the headphones not support wireless charging (nor would they fit on the stand’s spot), but the stand also lacks a USB port.

It’s small, but simple: if yours pair of headphones doesn’t nestle neatly in the charging spot on the Belkin Boost Charge Pro 3-in-1, you can’t charge your headphones with this stand. A USB port would have fixed this, however, so it’s a little surprising to see it excluded, even if it was something small like a Type C USB port.

Does it work with older iPhone models? 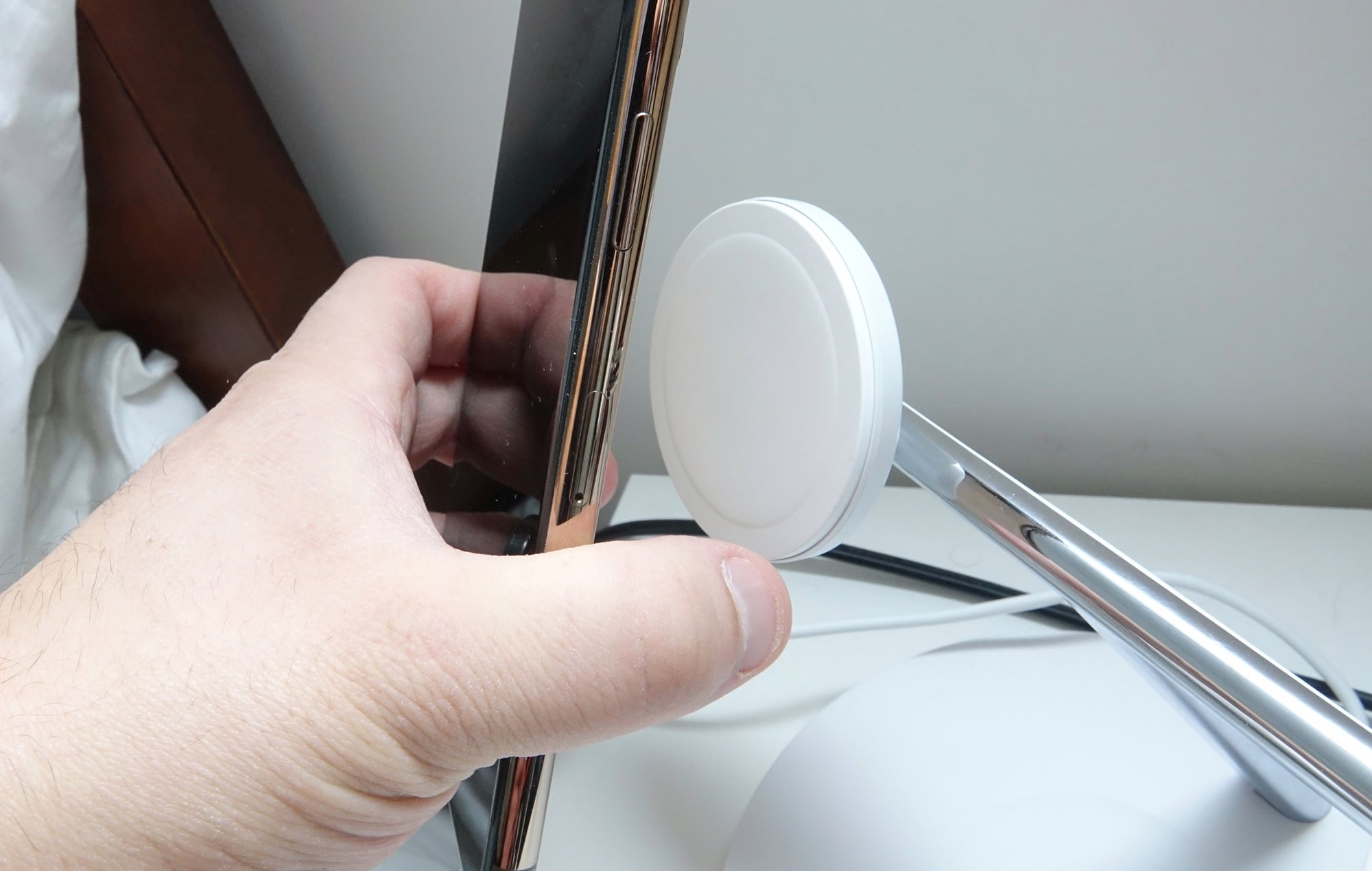 One question you might have for this stand is whether it works with older iPhones, and the answer is a simple “no”.

While the MagSafe charger can technically charge older iPhones such as the iPhone 11 Pro Max, iPhone XR, iPhone SE, iPhone 8 Plus, and any other model sitting in between in these ranges that we’ve missed, it also won’t latch on using the magnetic ring, simply because there’s no magnetic ring in these older iPhones.

The MagSafe magnetic ring is only in the iPhone 12 range and above.

And that’s a problem, albeit a minor one, because it means an older iPhone can’t latch on here. It can technically charge, yes, but because this charging stand holds an iPhone above the surface using the magnets of the MagSafe connector, it means only the iPhone 12 and above is technically built to work here.

Does it work with Android devices? 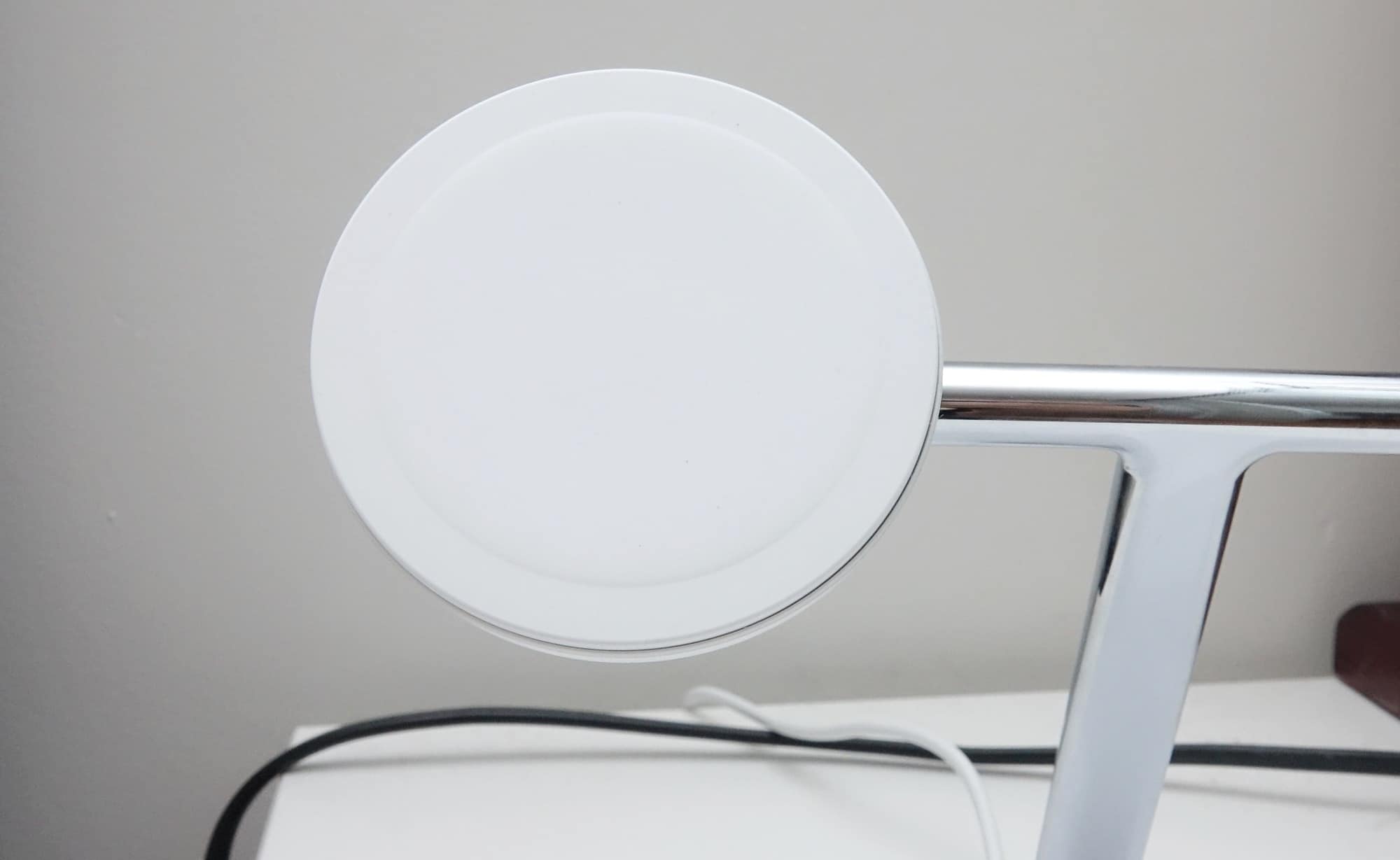 Another question may come out of the blue for Android customers, particularly those keen on taking advantage of Belkin’s minimalism for their phone.

Well, much like what we discovered when trying to make MagSafe work on Android devices, the short answer is no, but the long answer may be yes with a giant asterisk.

For the most part, the Belkin 3-in-1 Boost Charge Pro won’t work with Android devices for a pretty clear cut reason: while MagSafe incorporates the Qi wireless charging standard, MagSafe’s circular magnets are an Apple only thing. The design of the Belkin stand doesn’t help with this, and because it suspends the iPhone off the surface, means it really needs the magnets to hold it in place.

Except when something can cling to the shape of the MagSafe charging block for dear life, such as what we found when attaching the Samsung Galaxy S21 Ultra to the Belkin MagSafe charging pad. 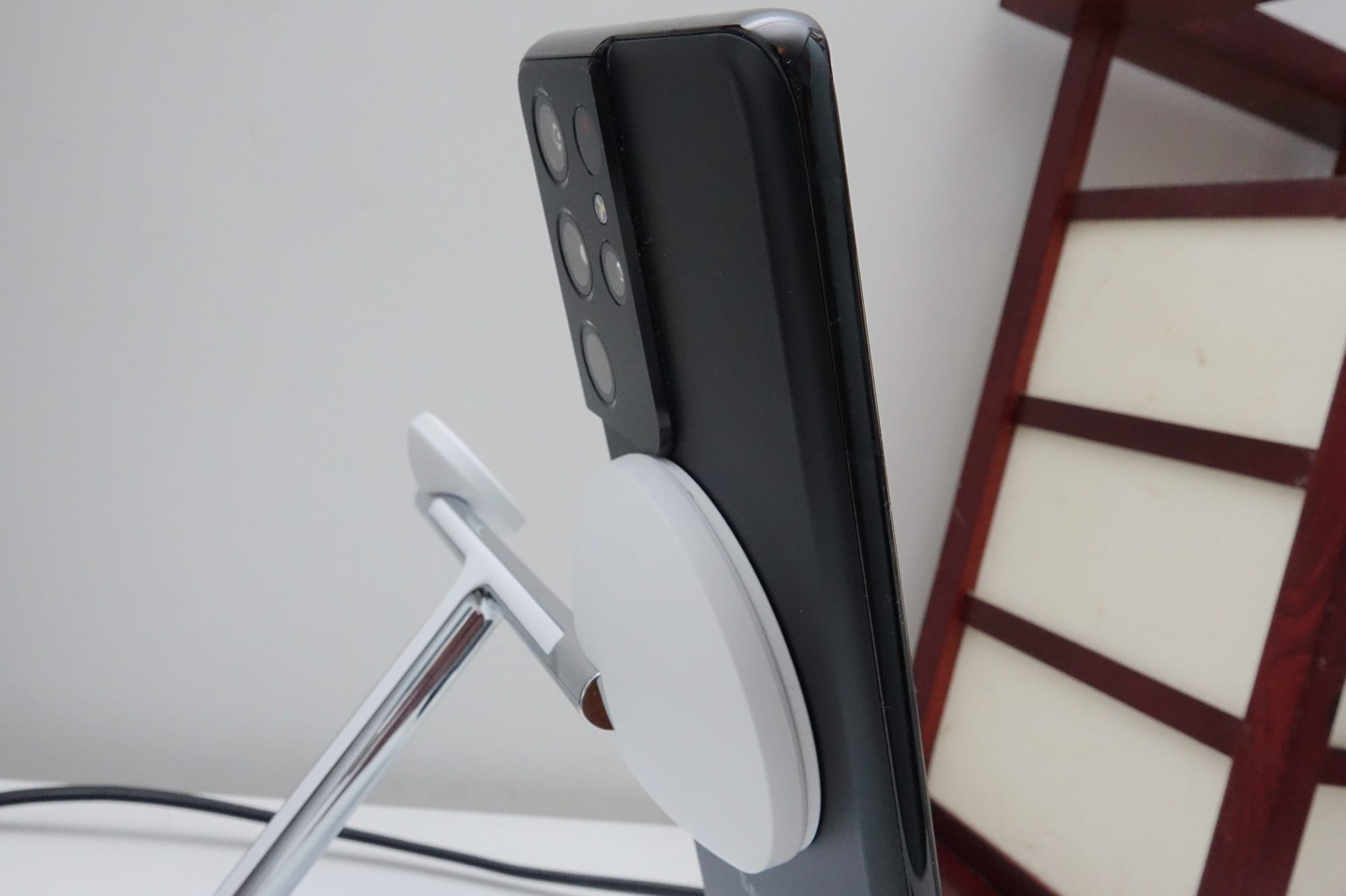 When sticking the S21 Ultra to the Belkin 3-in-1 Boost Charge Pro, the Samsung phone not only picked up on the wireless charge of the connector, but also held in place thanks to the camera bump being big enough that its ridge held to the edge of the charging block. Basically, the thick edge of the S21 Ultra’s camera bump holds the phone in place, even if it is a slightly precarious position.

Sadly, there’s no magnetic grip here, and any connection the phone has is questionable to say the least. An accidental nudge while you’re sleeping won’t bother an iPhone 12 mounted to the Belkin MagSafe connector, but it cold definitely bump the S21 and push it off.

But it does technically work with Android phones, provided the camera bump extends just out enough that it can cling to the connector. Crazy.

At a hair under $220, the Belkin 3-in-1 Boost Charge Pro may well be worth your money if you live in an Apple world, and not only own an Apple Watch and a pair of wirelessly charged earphones, but also have recently updated to an iPhone 12. The same will be true if you’re reading this in the future with an iPhone 13, iPhone 14, or any other future devices that support MagSafe, since Apple tends to keep existing technologies for some time.

Owners of other iPhone models need not apply, however, as the stand simply won’t hold your phone, and so it’s largely a waste of a purchase until you have a phone that clings nicely, rather than desperately. 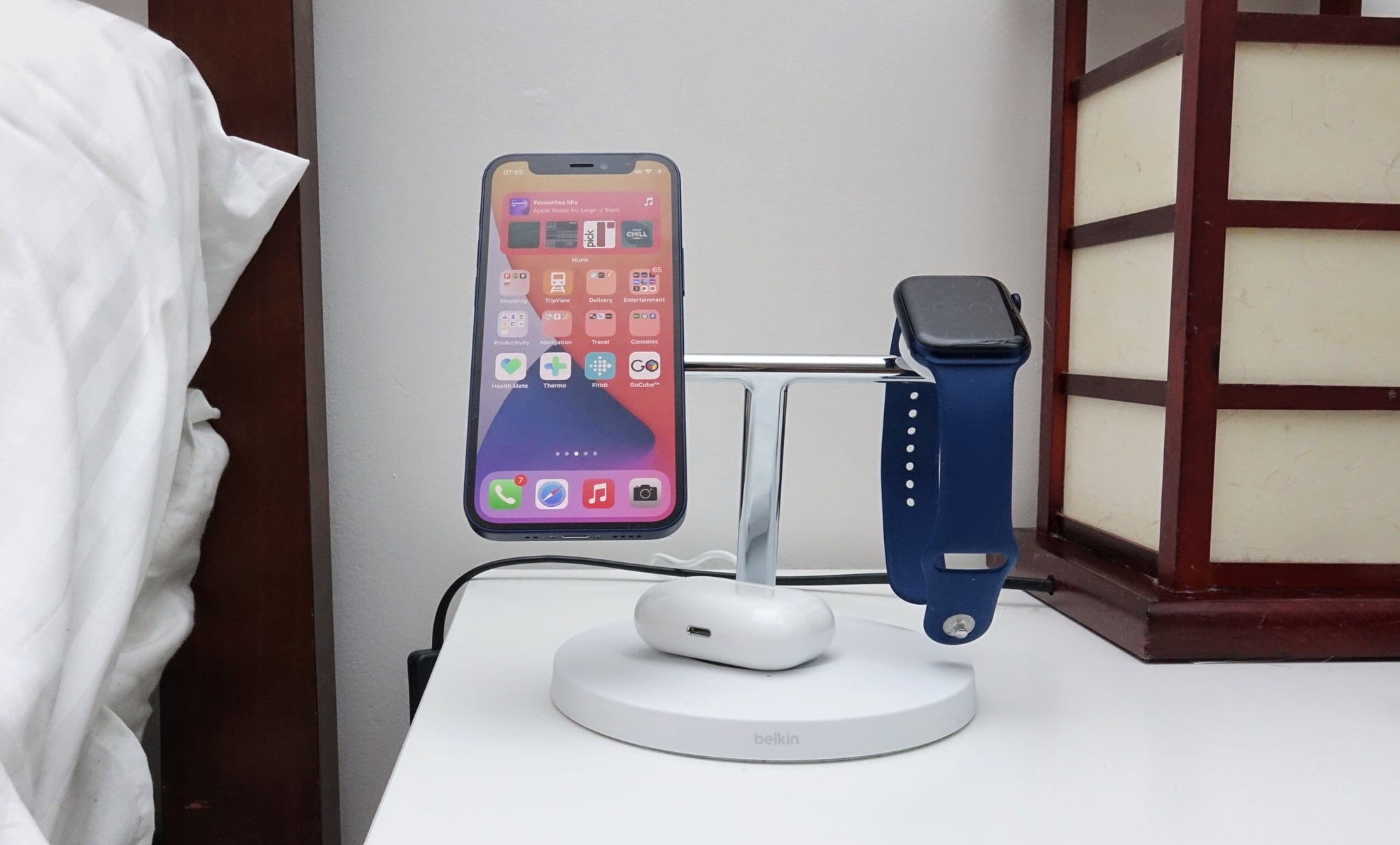 At the end of the day, we think the Belkin Boost Charge Pro 3-in-1 is an easy spend for someone with both iPhone 12 and an Apple Watch, with the wireless earphone charging really being icing on the cake. This is made for the modern iPhone owner.

For $220, it’s not necessarily a “cheap” charging stand per se, but given that it replaces three chargers, owners might not care. While we long for a USB port to charge a pair of headphones, the fact that this thing turns three chargers into one is a win, and makes it ideal for the bed-stand or desk.

Worth checking out for iPhone 12 owners, and anyone else with an Apple Watch thinking of getting an upgrade. 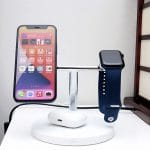 Belkin MagSafe Boost Charge Pro 3-in-1
The good
Snazzy minimalist design
Holds the iPhone 12 range and Apple Watch firmly
Spot to recharge wireless earphones supports all manner of wirelessly charged earphones
Sturdy build
Can technically hold up at least one Android phone (kinda)!
The not-so-good
Primarily built pretty for Apple people only, and recently updated Apple folks at that
No USB port to charge other devices
4.5 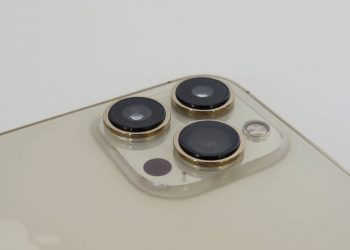