Need a little breathing room and less sound from the outside? Technics’ latest pair of headphones are big and packing noise cancellation, and that’s not all it’s starting the year with.

Even though there’s a world of noise cancelling headphones out there, there’s always more that can be added. In fact, while we’ve previously seen earphone ANC options from Panasonic’s premium audio brand Technics since its return to Australia, we’ve not seen a big pair made for folks keen to separate their ears from the outside world with a larger pad style.

If you’re someone who prefers a bigger pair of headphones, perhaps something circumaural that goes right around the ears, you might want to turn to what Technics is releasing in February, with the EAH-A800.

The latest in Technics’ headphones, the A800 headphones appear to be properly big, with a 40mm driver and what Technics calls an “Acoustic Control Chamber”, which is likely a way of saying a bubble of space in the design used to direct air for better sound. They are wireless headphones, mind you, supporting both Bluetooth and LDAC, and they’re also noise cancelling, using a combination of eight microphones to deal with the world, not just from a noise cancelling approach, but also for wind suppression. 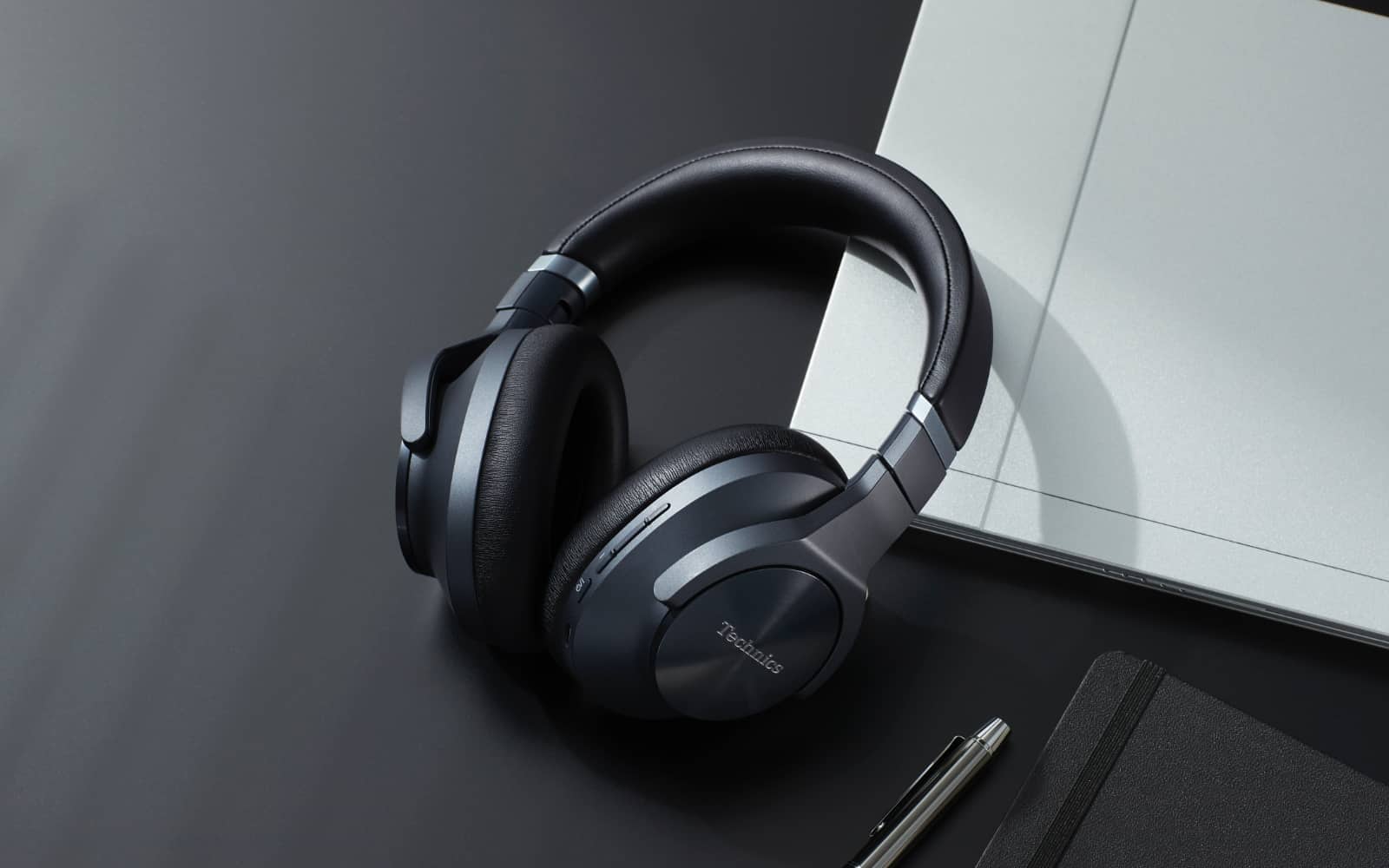 In noise cancellation, Technics is using a version of hybrid cancellation with backward and forward microphones for both the outside world and what goes on inside the headphones, plus analogue and digital filters alongside. An ambient transparency mode is supported in the headphones, as well, with the ambient mode letting you hear the world, basically turning the microphones into your own ears, while the attention mode will listen to loud sounds, cutting back on noise so you can hear people and announcements.

Technics is also working on call quality here, because that’s not something you always get in noise cancelling headphones. Specifically, those eight microphones will go to work in calls, four of them focusing on your voice when you’re in call, while the other four reduce background noise.

“The Technics heritage of excellence sees us continue to impress enthusiasts around the world,” said Aaron Waters, Product Marketing Manager for Imaging & Technics at Panasonic Australia.

“The new EAH-A800 pushes boundaries to offer industry-leading noise-cancelling technology, so users can immerse themselves in sound both indoors and out,” he said. 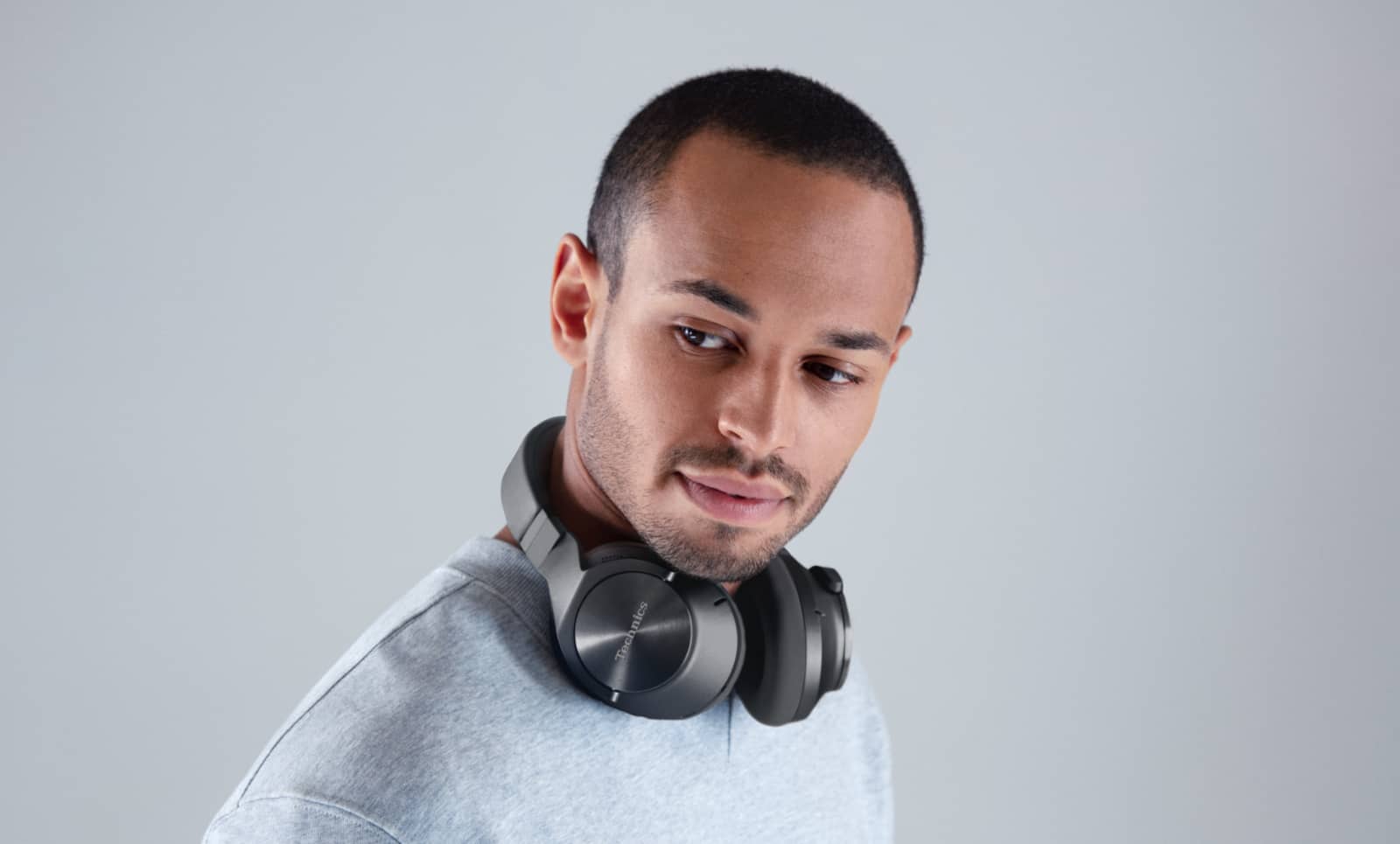 There’s an estimated 30 hours of talk time for the Technics A800, or closer to 50 hours of music listening, making them one of the longer lasting wireless noise cancelling headphones to come out, and a pair we’re eager to review, especially given the $549 price, which pitches them against the best from Sony and Bose in Australia.

However, Technics’ noise cancelling headphones aren’t alone, and there are two more sound gadgets on the way.

Folks who still like listening to CDs but might want to still have Spotify and wireless sound might be game ot check out the SA-C600, a CD player and network receiver, bringing a small amplifier, support for Spotify, Tidal HiFi with support for Master Quality Authenticated high-res audio, Deezer, Amazon Music, internet radio, DAB, FM radio, and AirPlay 2, plus an optical SPDIF port you can plug in on.

Essentially, the Technical SA-C600 is a CD player made for the modern age, handy also if you’ve not been able to find every CD on streaming services, which is something we’ve certainly run into in Australia.

There’s also a pair of SB-C600 bookshelf speakers to accompany the SA-C600 network CD receiver, using a 15cm woofer and 25mm tweeter designed to emulate what Technics uses in its larger G90M2 floorstanding speaker, but smaller.

Both of these models are priced a little differently from the A800 headphones, mind you, with the SA-C600 CD receiver retailing for $1749 in Australia, while the SB-C600 bookshelf speaker will cost $1749, too.

You’ll find both alongside the headphones in Technics retailers from mid-February this year.