The Canon full-frame mirrorless “R” cameras are getting some enthusiast-focused models, as the R7 and R10 bring lens compatibility and plenty of features.

There’s certainly plenty of choice to pick from when it comes to buying a proper camera, but with much of the focus these days on mirrorless cameras that cost a pretty penny, it mightn’t be easy for amateur and enthusiast photographers to share the same keen interest.

Big sensors currently seem to dominate the mirrorless camera market, as the big names tap into the large full-frame sensor technology, matching it with big lenses aimed at giving you more light and image quality to work with when you capture photos. Big full-frame sensors almost always mean you need decent lenses to go with them, because the bigger the lens, the more likely that lens will work with the full rectangle of the sensor, and not just the middle section.

That happens, though. If you buy a camera with what’s known as an “APS-C” sensor, you’re buying a camera with a sensor focused on the centre of the lens, which is typically where the best part of the lens is. While great lenses can have lovely glass all the way through, even cheap lenses will have the best quality in the centre, which is partly what APS-C sensors address. 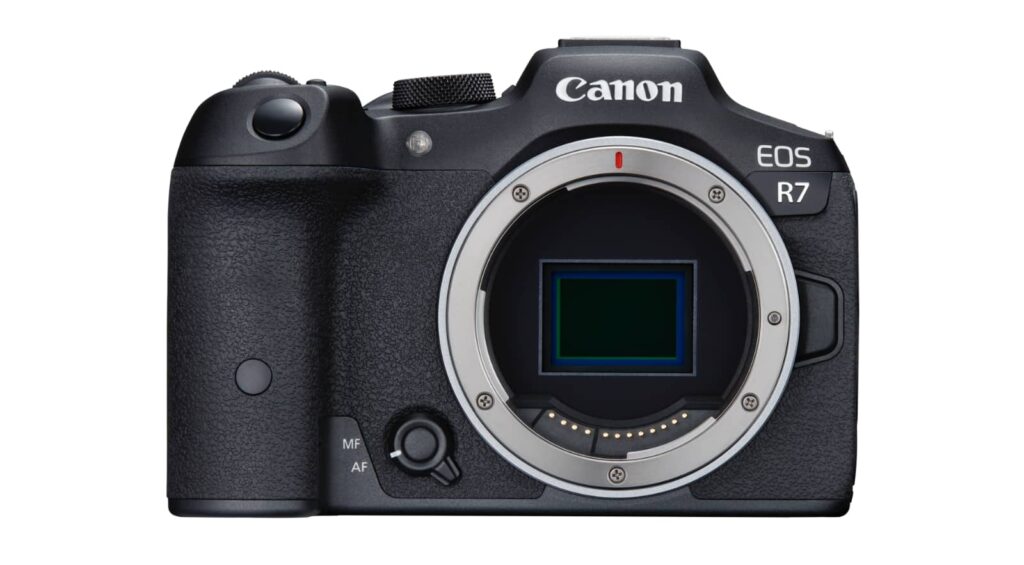 It’s one reason why cameras with smaller sensors have often been seen as options for amateurs and enthusiasts, giving them the ability to learn to wrangle pictures using the centre of their lens, before gradually growing and moving to a full-frame sensor to give them the entirety of the lens.

And it’s an area Canon looks ready to adapt one of its full-frame ranges for, providing an upgrade path of sorts to people inside it. In the past, photographers with an APS-C camera looking to upgrade have had to shell out for new lenses alongside that new camera when they wanted to shift, but with Canon’s latest move, that might be a thing of the past.

Simply, with Canon’s EOS R7 and R10, the company is giving amateur and enthusiast photographers the ability to grow with their purchase, with a camera system made to start with, and lenses that will also work on the bigger full-frame variations.

We’ve been watching Canon’s mirrorless “R” series for some time, with the focus largely being on big lenses to take advantage of a big sensor.

The range has popped up in a few models, from the original R to the 8K capable R5 to the very friendly R6, and even the photojournalist and sports photographer tool that is the R3, and a few others along the way. They were all full-frame and required a bit of know how, while these new models almost feel like Canon is tapping into its beginning and enthusiast digital SLR market, but with a mirrorless focus.

Without the mirror mechanism, the cameras can fire faster, something newbies might be looking for, while a shift in sensor type provides a little more ease of use and versatility for photographers who mightn’t be comfortable working with big and expensive lenses, and might not want to, either.

And that’s largely what these new models seem skewed to.

The R7 and R10 will be quite similar in tech, but with a few changes between them, both offering large megapixel amounts and support for 4K video downsampled from a bigger resolution, plus high-speed capture supporting as much as 15 frames per second on a mechanical shutter and as high as 30 in the R7 or 23 in the R10 using the electronic one. That solves that speed issue, which is something low-end DSLRs mightn’t handle so well.

They’ll also get WiFi and Bluetooth for easy image transfers back to your phone for sharing wherever and whenever, as Shakira might say, and depending on the model, some extra features you mightn’t see coming.

At the top of the new range, there’s the EOS R7, which sports a 32.5 megapixel sensor and in-body image stabilisation, plus a vari-angle LCD screen and a new controller for the thumb at the top of the camera, a sort of directional pad with a dial in the design.

The R10 doesn’t quite get the same feature set — there’s a vari-angle screen and a directional pad, but that new controller style is missing in action — but it is a slightly smaller and lighter camera, weighing 429 grams compared to the R7’s 612 grams, both without the lens.

The R10 also drops back to a 24.2 megapixel sensor, and skips the in-body image stabilisation, giving its R7 sibling more oomph, while the R10 is made for more for budgets. It’ll even get a flash built in at the top, as well. The launch of APS-C cameras for Canon’s typically full-frame EOS R range means there are new lenses, with two APS-C RF-S lenses rocking up, though the regular RF lenses are compatible.

What happens to the Canon M cameras?

It’s worth noting that the new mirrorless models aren’t the only APS-C mirrorless cameras Canon has made. The Canon EOS M range was Canon’s first stab at a mirrorless range, relying on an APS-C sensor without a mirror box.

Canon made a few EOS M models over the past decade, but there hasn’t been a new one for roughly two years.

Yet here we are with an EOS R, and one that is very close to being what a new EOS M would be.

While the EOS-M models only work with Canon’s EF-M lenses, the EOS R7 and R10 will work with all the lenses in the EOS R system, both full-frame and the variation made for these smaller APS-C cameras. That suggests the EOS R is a little more flexible and versatile compared to the EOS M, and Canon confirmed that lenses from its digital SLRs — the so many EF-S lenses out in the world — will also work with the EOS R7 and R10, provided you use a converter.

However, Canon hasn’t yet officially pulled the plug on the EOS M range, though that could be coming.

At a recent briefing, Canon told journalists the release of the R7 and R10 “does flag where our future lies is in the EOS R system”, but noted that the M-series was still in the line-up “for the foreseeable future”.

Does that mean the M-series end is coming? Maybe, but right now, the focus is clearly on the EOS R7 and R10, and their performance will likely spell what happens next for Canon’s mirrorless models with a smaller sensor. 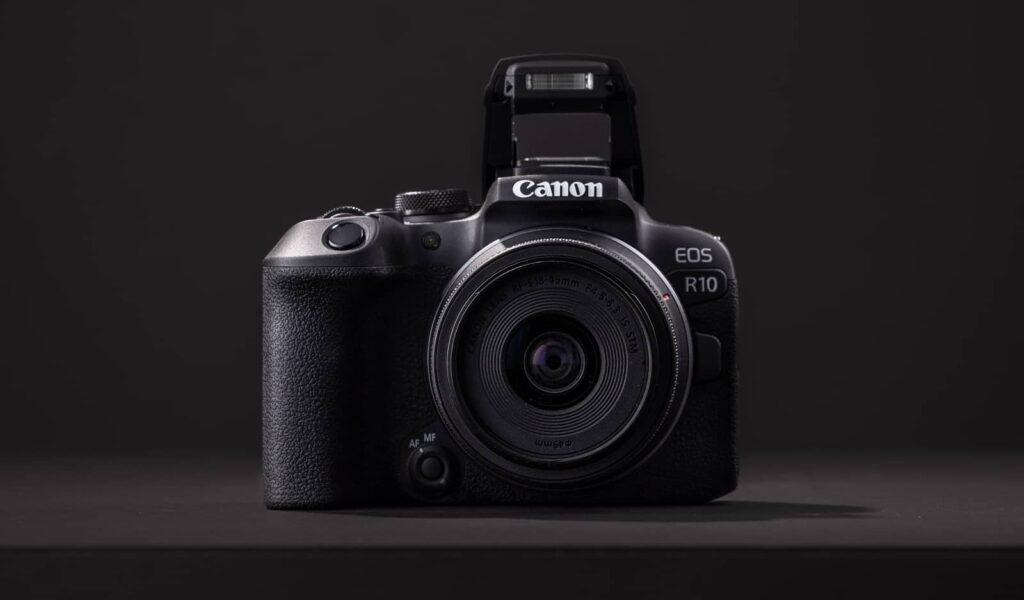 For camera enthusiasts keen on trying the new bodies, they’ll find June and July is when they’re set to arrive, with the lenses priced under $1K each ($899 for the 18-150mm and $569 for the 18-45mm), while the camera bodies will be a little more.